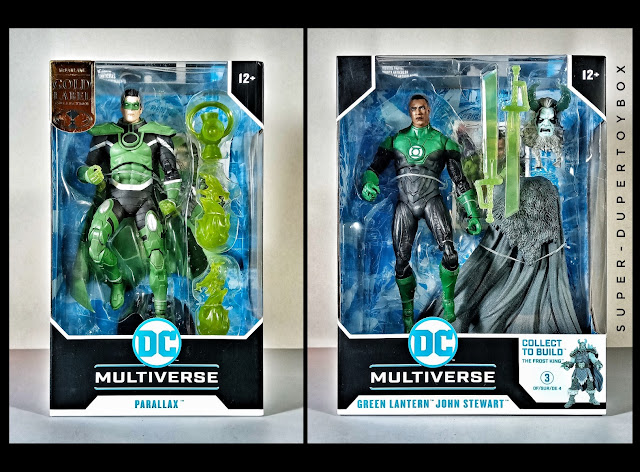 I picked up this DC Multiverse Green Lantern John Stewart locally a couple weekends ago, after finding the Gold Label Parallax figure at a Walmart around the corner from where I live. I've had a DC Universe Classics John Stewart in the collection at one time, as well as a DC Direct Parallax, but these new McFarlane figures are the singular representation of these characters currently. 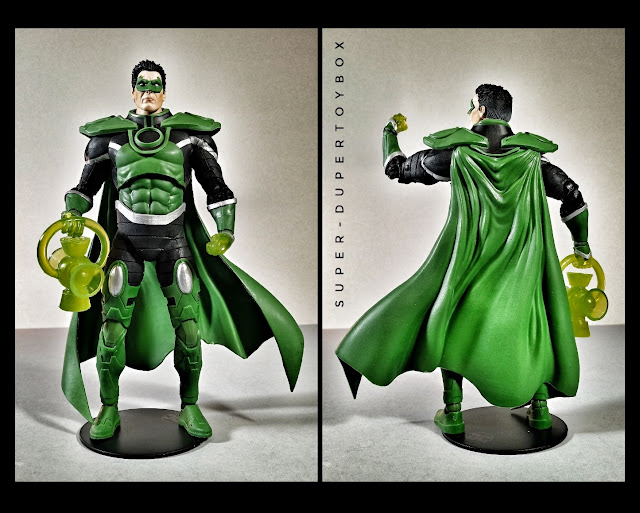 Parallax (Hal Jordan) famously killed off the entire Green Lantern Corps back in 1994, making him the least popular Green Lantern, but I'm more familiar with Green Lantern: Rebirth (2004), Blackest Night (2009-2010), and the Green Lantern New 52 material. Still, this is a fantastic, dare I say majestic Hal Jordan figure, with translucent green fireballs to fit over his fists, and a matching lantern. 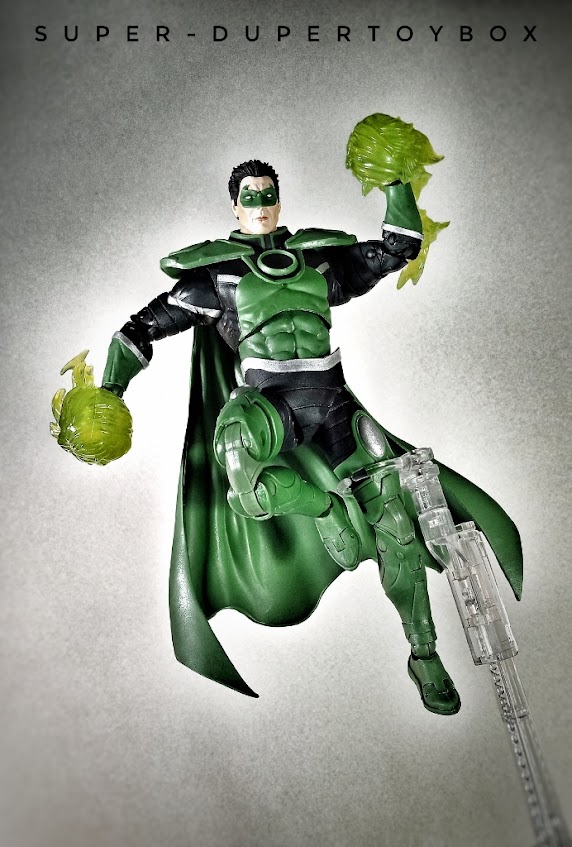 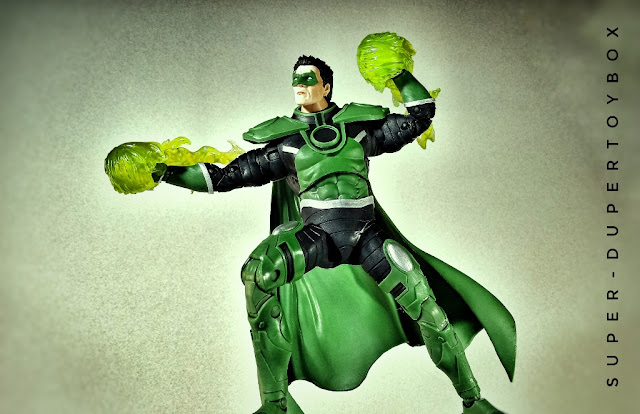 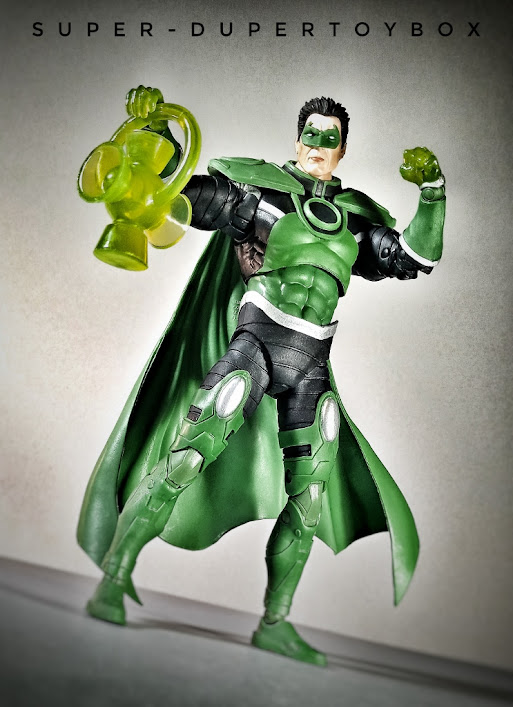 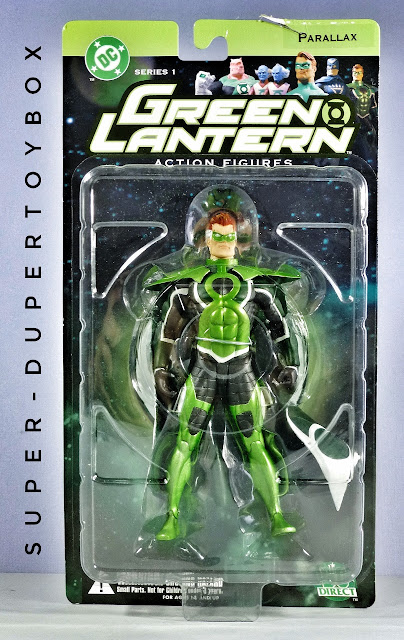 I sold off a great deal of my Lantern Corps figure collection, both Mattel & DC Direct, a few years ago, so it's fun to buy some new Lanterns! This John Stewart was part of the Frost King Wave, which looks fun, but I'll likely never collect. John was a soldier in the material I've read, and these swords don't necessarily match his Marines experience, but he grips them tightly. 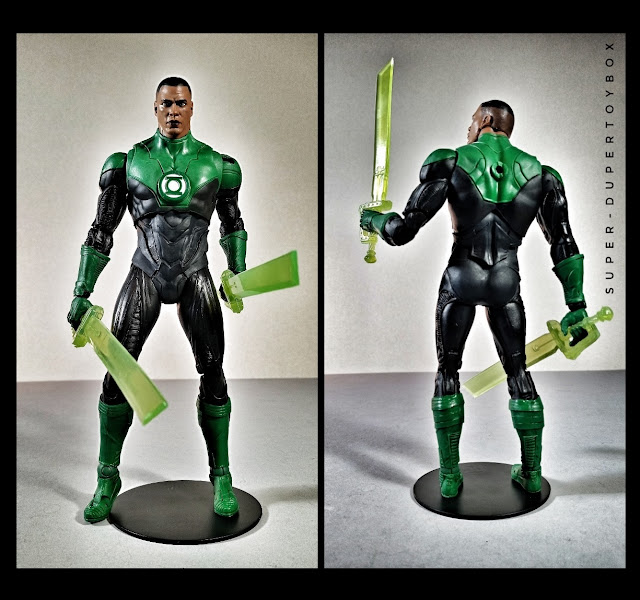 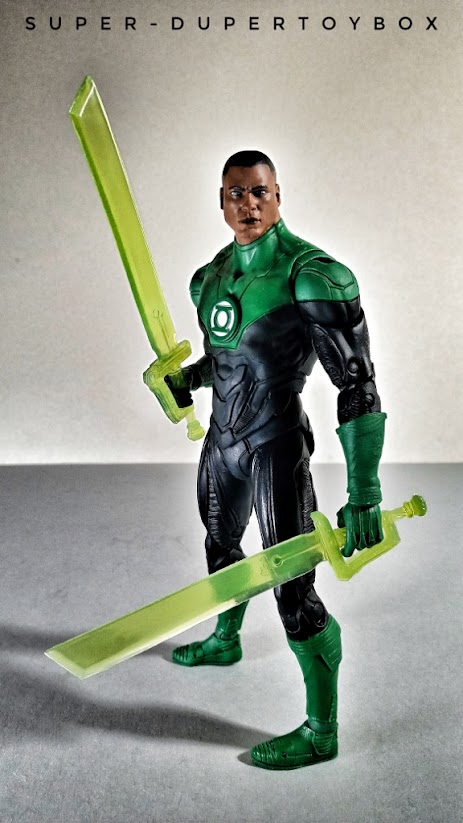 Like Parallax, John Stewart or any other Green Lantern should come with a flight stand, but these don't. I use the Storm Collectibles Dynamic Action Figure Stands, which work pretty well. They did include the standard issue flat, circular stands molded in black plastic, which is good because these DC Multiverse figures need all the help that can get- and sometimes they are not enough. A lot of these just don't stand well. 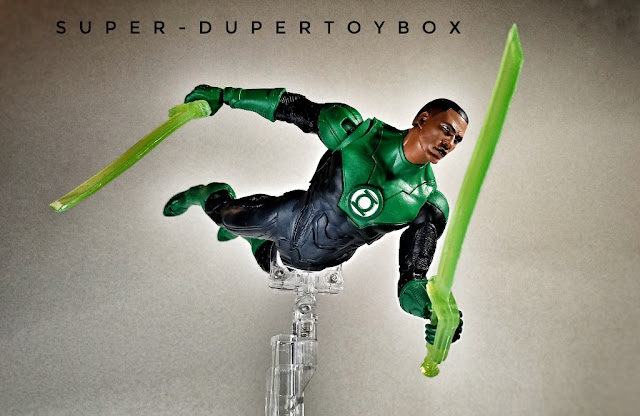 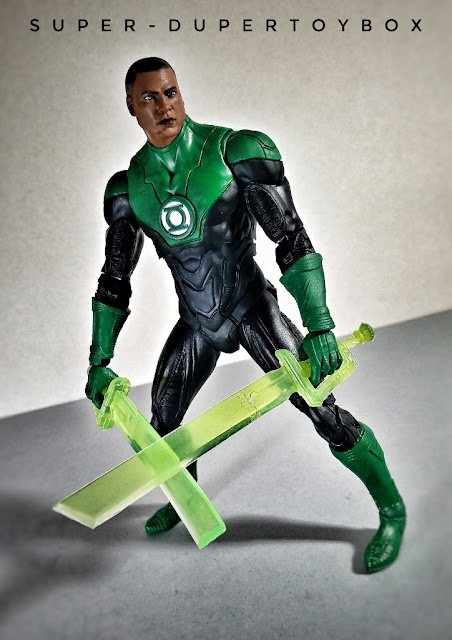 Complaints aside, these McFarlane DC Multiverse figures do look fantastic- the sculpting detail is great, and their wrist & ankle joints have been tweaked to look better than the first generation. They have their problems but look good by and large. And while they haven't been a major part of my collecting interest, I've found myself buying more of them lately. Below, McFarlane DC Multiverse and 4" Spin Master Green Lantern John Stewart figure, the latter of which actually included a lantern accessory probably big enough for his 7" counterpart... 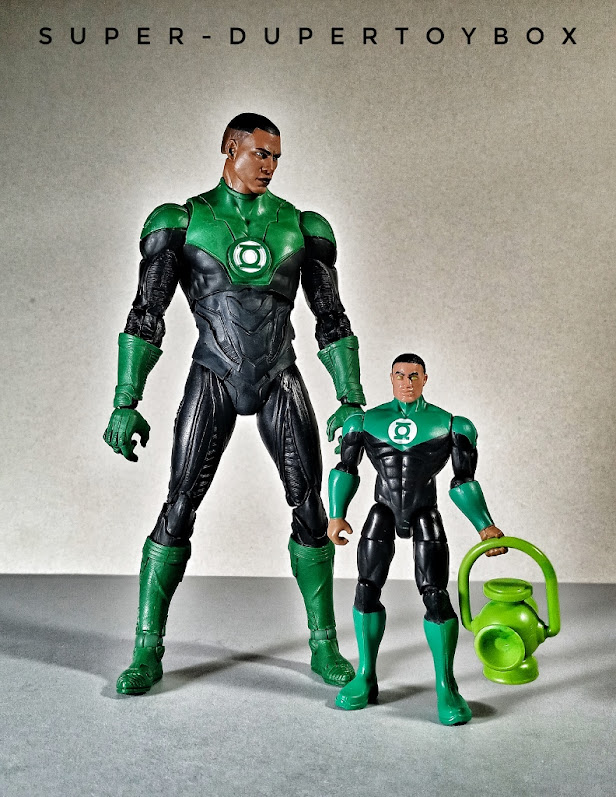