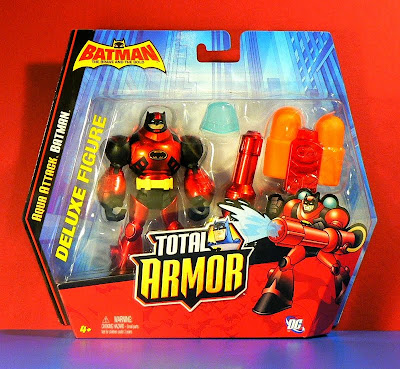 As I said on my Saturday post, I drove to a  local Target on a whim Friday night and happened to find a Brave & The Bold action figure I'd never seen before: Aqua Attack Batman. I nearly fell over in the toy aisle when I realized that it shoots water...


That's right: inserting the gun tip into a glass of water and squeezing the orange tanks fills the reservoir on Batman's backpack. Point the weapon at your enemy and squeeze the tanks to squirt water at him! 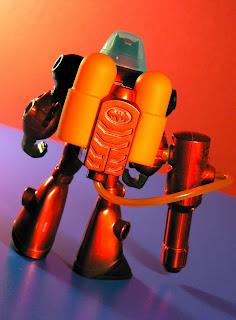 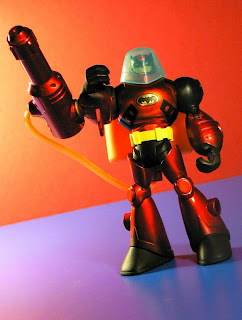 If the fact that it shoots water isn't enough, the visual design alone is great! There is some shading from the feet onto the red leg armor- a detail I haven't seen in one of these toys that is more usually reserved for a designer or collector toy. Additionally, there is a quality, almost anodized feel to the metallic finish on the gun/pack accessory. Seriously, he is a notch above most all the other figures I own from this line by Mattel- I would highly recommend him. 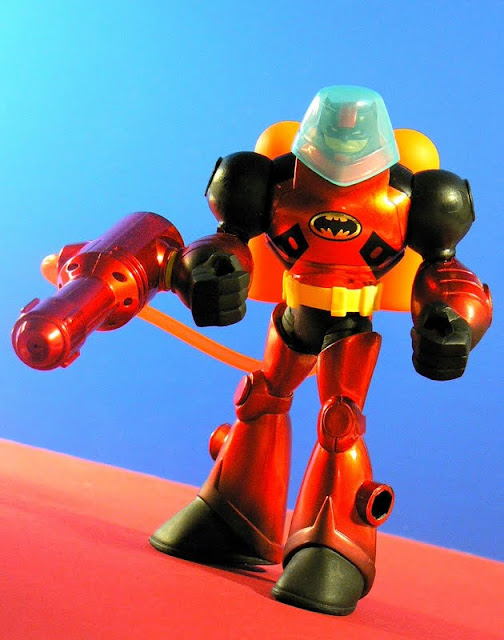 The only thing I don't like is the clear dome over his head: it doesn't really snap into place and easily falls off. It would also have been better if the plastic were a little less hazy so it would be easier to see Batman's face. It gives the figure a diver vibe, but Mattel didn't quite pull it off. Small complaint, but a shame considering how great the rest of this toy is. 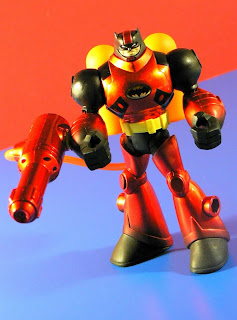 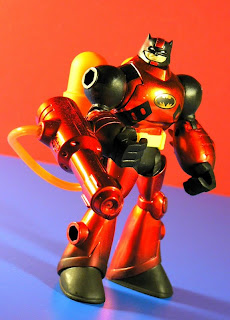 I enjoy Batman in the red/black color scheme. I have a Series 6 Justice League Armored Batman, a 13" D.C. Direct Batman Beyond, and a Stealth Blast Rocket Batman from this series that are red/black. Come to think of it, the Brave & The Bold Batmobile and Proto Bat-Bot are also red/black, and I'm crazy about those. Must be my childhood memories of the 1966 TV Batmobile that stuck with me. Always loved that car! 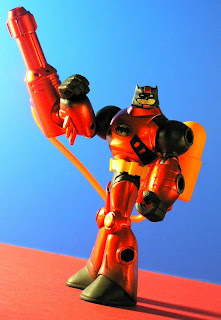 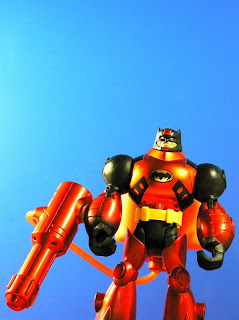 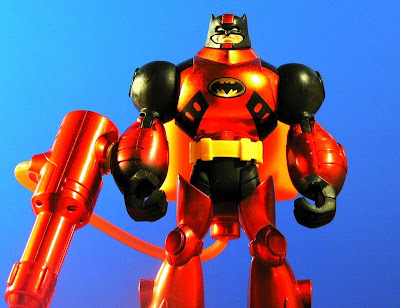 What a FUN TOY! What a blast these are, literally and figuratively! These are what good toys are all about, Kids: a colorful, simple design with a working accessory you can shoot at your sister  :D

Email ThisBlogThis!Share to TwitterShare to FacebookShare to Pinterest
Labels: Batman, Batman: The Brave and The Bold, Mattel, VLOG