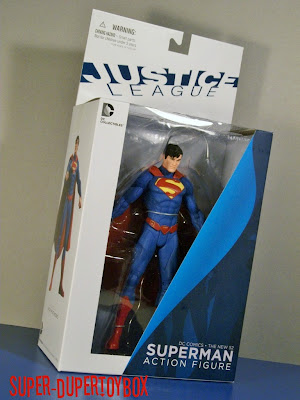 I've waited months for this New 52 Superman to be released by DC Collectibles, all the other members of the Justice League coming out before. While annoying, they sure built anticipation for his January 2013 debut, and so I was pleasantly surprised to find a single Superman on the shelf a month early at my local V-Stock, and for $19.99. Several of the other League members were there, all of which were beautifully done, but I was waiting for the main man. 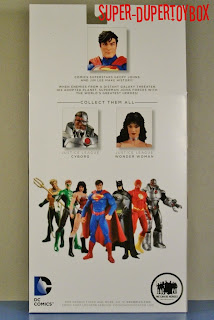 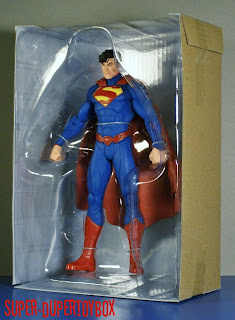 This is my first DC Collectibles figure, the company having changed their name recently from DC Direct- I've dozens of DC Direct figures and have always admired the quality of their sculpt and paint/deco. These new 7" DC Collectible figures seem to be going for twenty-five bucks now, and like Hasbro's 3 3/4" Marvel Universe figures, we are suddenly denied a base, and in this case, stripped of points of articulation that we were given in some of the figures released only a year ago. But I've got to say that this is an artfully executed action figure. 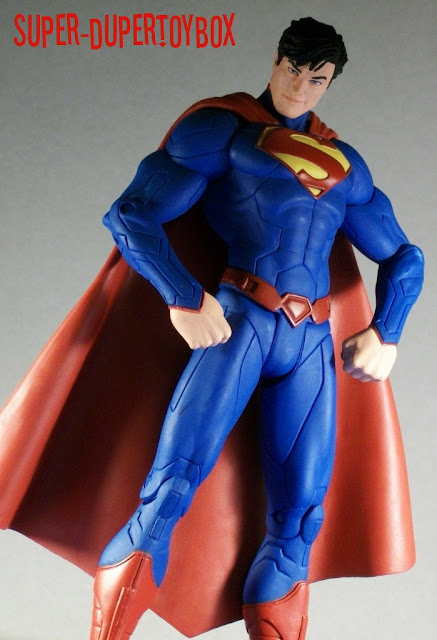 The side panel credits one Jack Mathews as sculptor, who skillfully emulated Jim Lee's art from the New 52's Justice League series. As an artist, I appreciate knowing who worked on a piece, just as I want to know who worked on a comic title. Unlike Mattel's version of this New 52 Man of Steel, we are given the proper cape treatment, which dips to the middle at the end, and a buck that is sculpted more like Jim Lee's treatment of Kal-El's physique in the book. 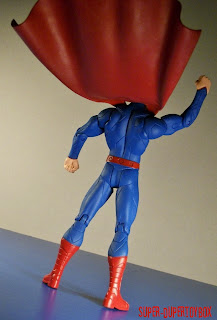 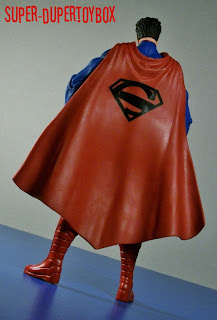 I love the new Superman outfit, rendered beautifully here by Mathews, the raised shield insignia and belt, and incised piping throughout the body carved so perfectly that it suspends belief, like Jim Lee's Superman is standing there in front of you. Well, mostly anyway- while the colors are pretty good, the skin tone is a little flat and the hair could use some subtle highlights. The eyes are decent however, and the body and cape have some subtle black wash that does the job. 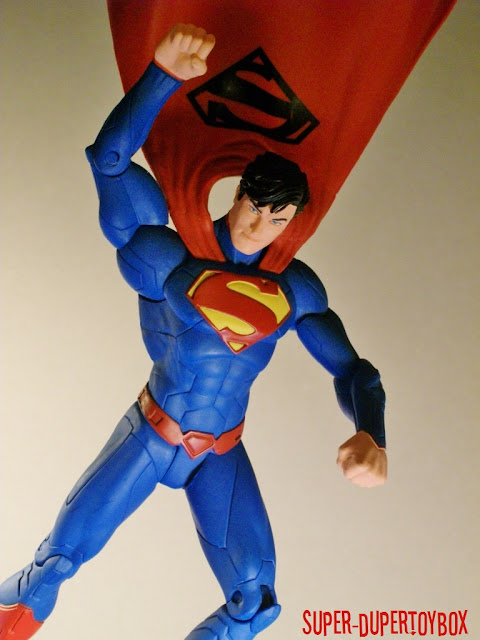 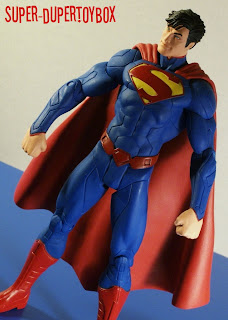 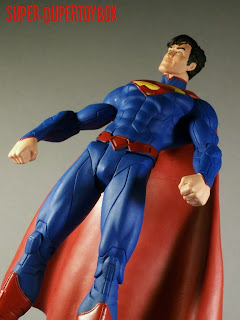 As is the case with DC Direct before, DC Collectibles figures are limited in their articulation, focusing more on sculpt and paint, and this Superman in particular is really limited. We get the standard T-hips, single-hinged elbows & knees, but no thigh, shin, or wrist swivel. We also get no waist articulation, and though it would be helpful in posing, I can respect their decision not to disturb the sculpt on Superman's sparse uniform. We do get some side-to-side tilt and forward motion on the head, but he can't look up unfortunately. I've compared DC Direct to Mattel on many occasion here on the Super-DuperToyBox, and they both have their pros and cons- while this Superman lacks the articulation of a DCUC, he really looks great! I'm on the lookout for a Wonder Woman from this series, and am really tempted by the mammoth, 13" Darkseid just released. And if I see Mattel's New 52 Supes in the shelf at Target in the future, I'll grab him for a comparison post. 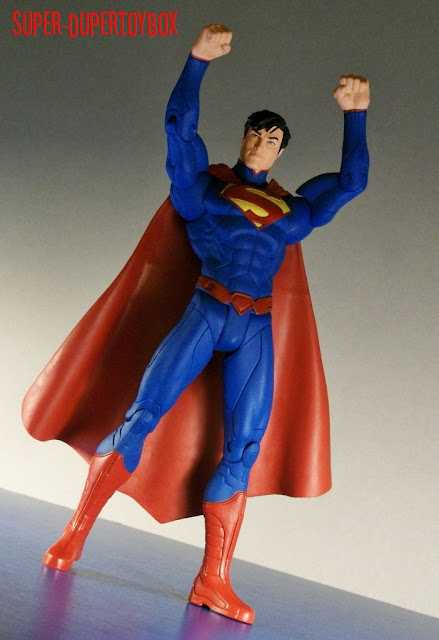 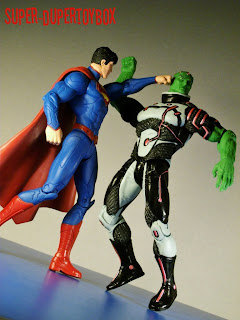 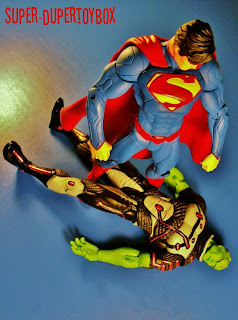 New 52 Justice League Superman with DC Direct's New Krypton Superman, and incredible action figure. He has every bit as impressive sculpt and deco, and enjoys additional articulation in his swivel-jointed waist, wrists, and boot tops... 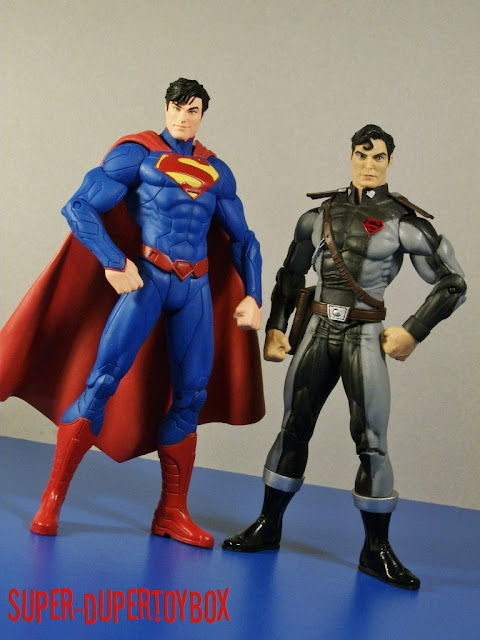 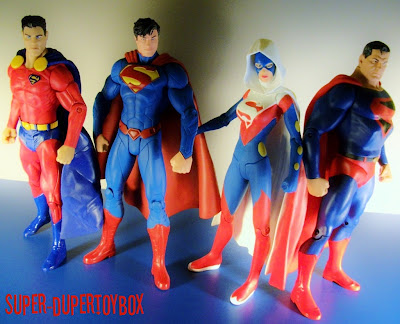