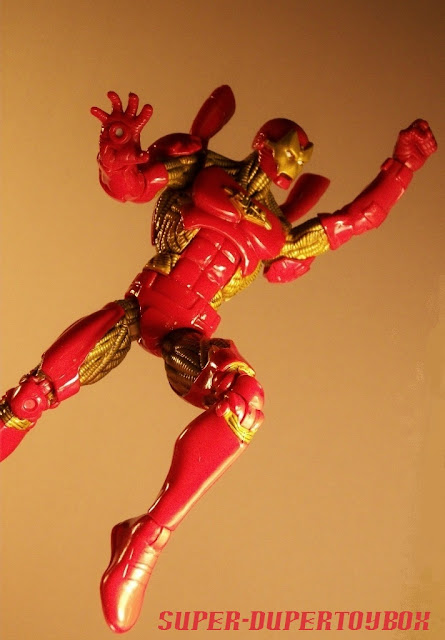 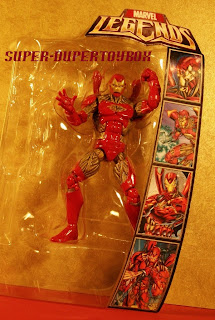 Another incarnation of Iron Man in 6" form I recently acquired was this Marvel Legends Heroes Reborn Iron Man. Produced in 2008 as part of the Ares Wave,  this Iron Man is styled after the 1996-97 retelling of several of  Marvel's characters, after their apparent deaths in the Onslaught series. I didn't read Onslaught: Marvel Universe, nor Heroes Reborn: Iron Man, but I did read the Heroes Reborn: Captain America, Fantastic Four, and Avengers volumes. While the series received a lot of criticism, they historically did well in sales, and entertained me with the big splashy art. I got this guy for a really low price on eBay as he was stripped of his build-a-figure pieces (Ares helmet & weapons), which is fine as my interest in the figure was medium. What I liked about him was his unique sculpt, one that would really stand out among my other unusual 6" Iron Men. I'm unsure if artist Jim Lee, who plotted the title, or Whilce Portacio, who pencilled on the book redesigned the armor, but it has a very techo-organic look to it that wass certainly different for it's time. 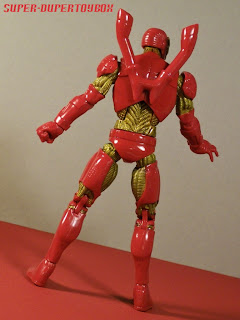 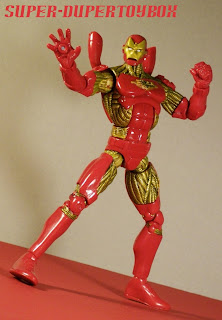 Tony's horned face mask does evoke the second version of the character's "Proto-Armor", a look that's a personal favorite of mine. That along with the  robotic chest repulsor and tendon-y underparts remind me of C3PO a little. I really like the afterburner pipe jutting up from behind his head like two big horns- much more imposing that the Star Wars droid. 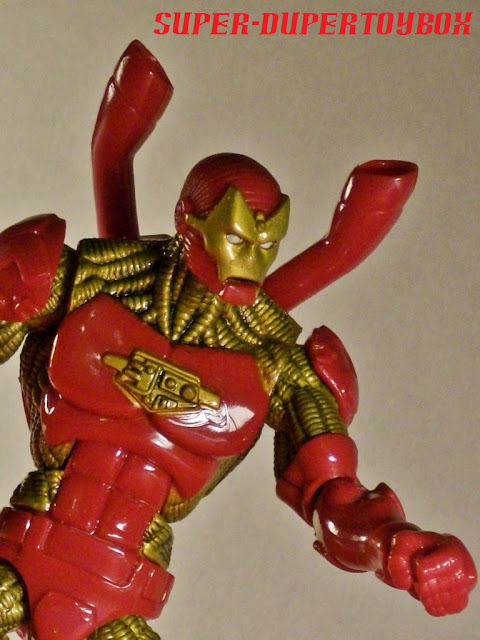 The red portions of the figure's deco are a little flat/plastic-looking due to no shading/paint apps, but the gold has some real depth in person, a slight black wash added after the gold which accentuates the very detailed sculpt. I've noticed a lot of Legends fans weren't entirely enthusiastic about the line following Hasbro's licensing acquisition in 2007, but the relaunching of the series in 2012 was met with great anticipation. 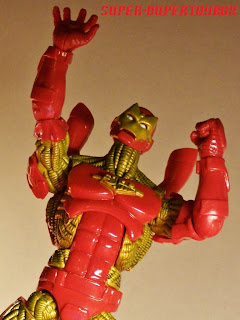 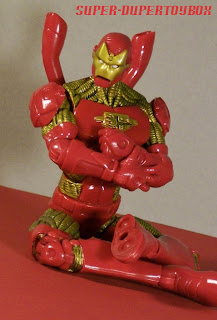 Iron Man has plenty of good articulation, including hinge swivel elbows and wrists, double-jointed knees, and swivels at the top of his thighs- attached to hinge-swivels at the crotch. He has no problem crossing his legs, and his abdominal hinge has good range, his poseability further enhanced by a waist swivel. The shoulders are somewhat limited in range due to the shoulder pads, but this can be overcome by swiveling it toward the back, and while the ball-jointed head has little backward range, it has enough expression to pose. 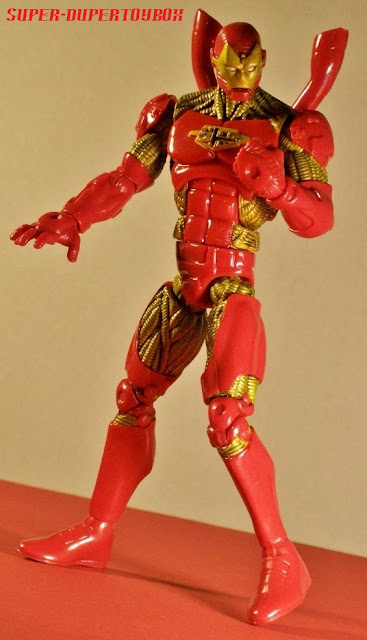 With my Avengers Iron Man, which is merely a redeco, albeit a good one, of the Mark VI from the Iron Man 2 line... 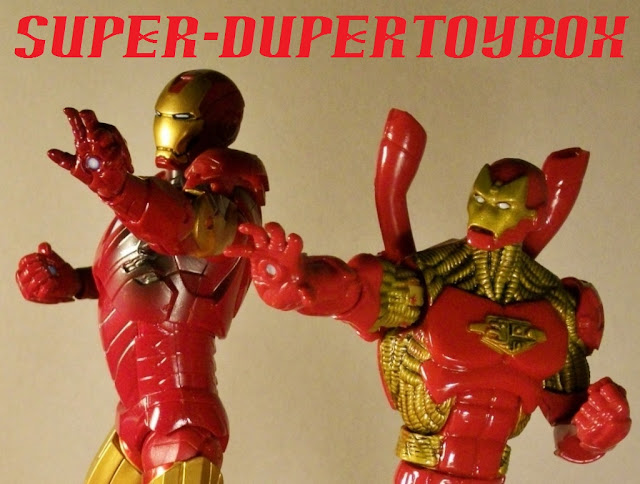 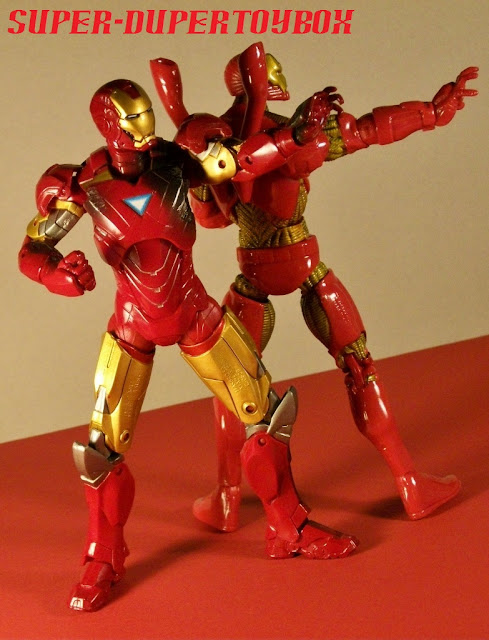 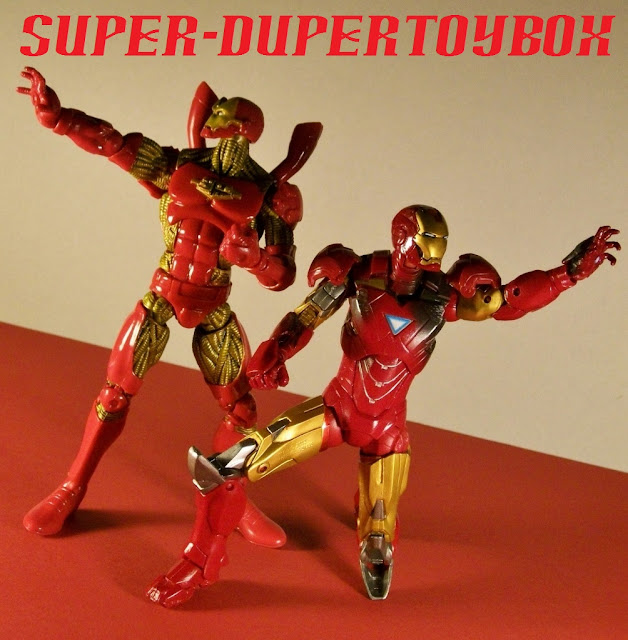 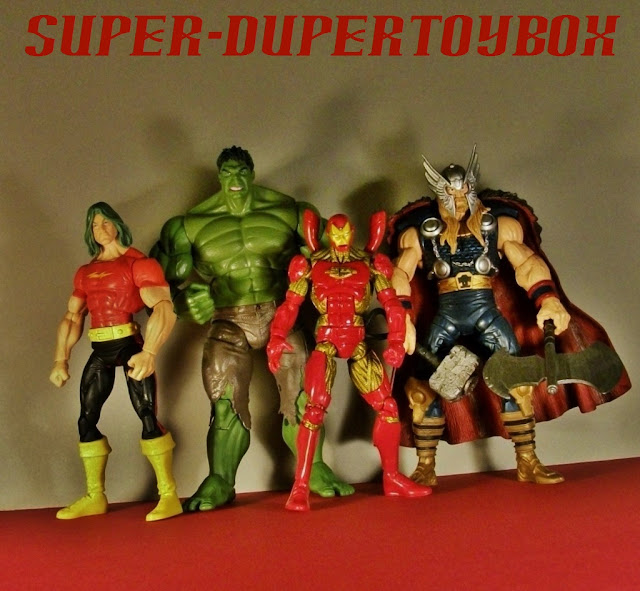