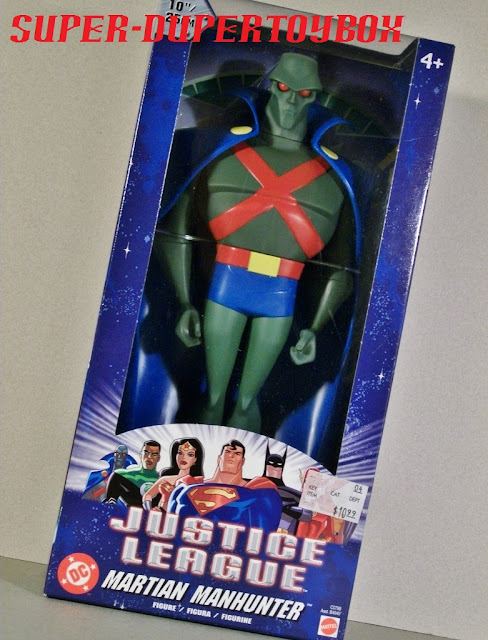 This 10" Mattel Justice League Martian Manhunter was a missing piece in my J'onn J'onzz collection here at the Super-DuperToyBox. I found him for 30% off of the listed price of $14.99 at a local retailer Memorial Day sale, bringing him home for just ninety-five cents less than he went for at K-Mart a decade ago when originally released. I've seen him go for thirty bucks or more the last few years, but upon seeing this pristine boxed specimen in person at that price, I knew the time was right. There were several other DC Heroes released in this larger scale, larger counterparts to the 4" Justice League figures, later Justice League Unlimited. There was a Green Lantern on the premises as well, but I passed holding out for a Superman or Batman, my second choices after this J'onn J'onzz... 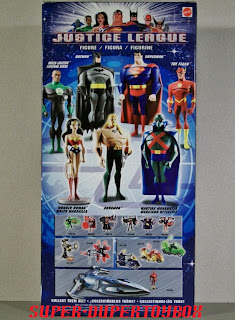 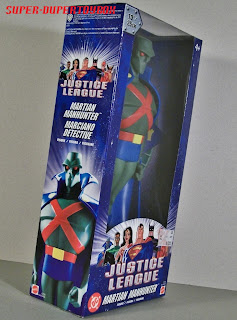 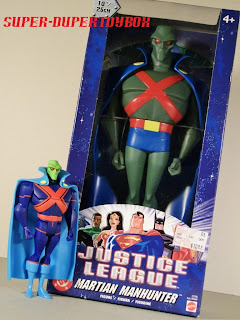 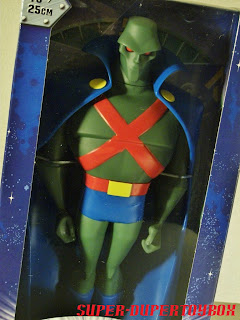 As stated previously, I was ignorant of this deep and wonderful character as a youth, but quickly gravitated  toward Martian Manhunter as a renewed, adult comics fan. Once called the most powerful being on the face of the Earth by his friend Superman, J'onn J'onzz shares a great deal of the Man of Steel's special powers but is also a powerful telepath, adding an interesting calm and intelligence to his personality. J'onn is a special character for me, hence I'm always on the lookout for a new action figure of him I don't yet possess, of which there are few... 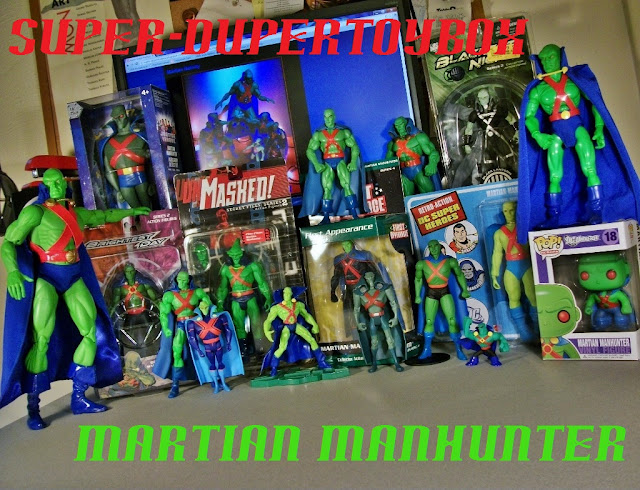