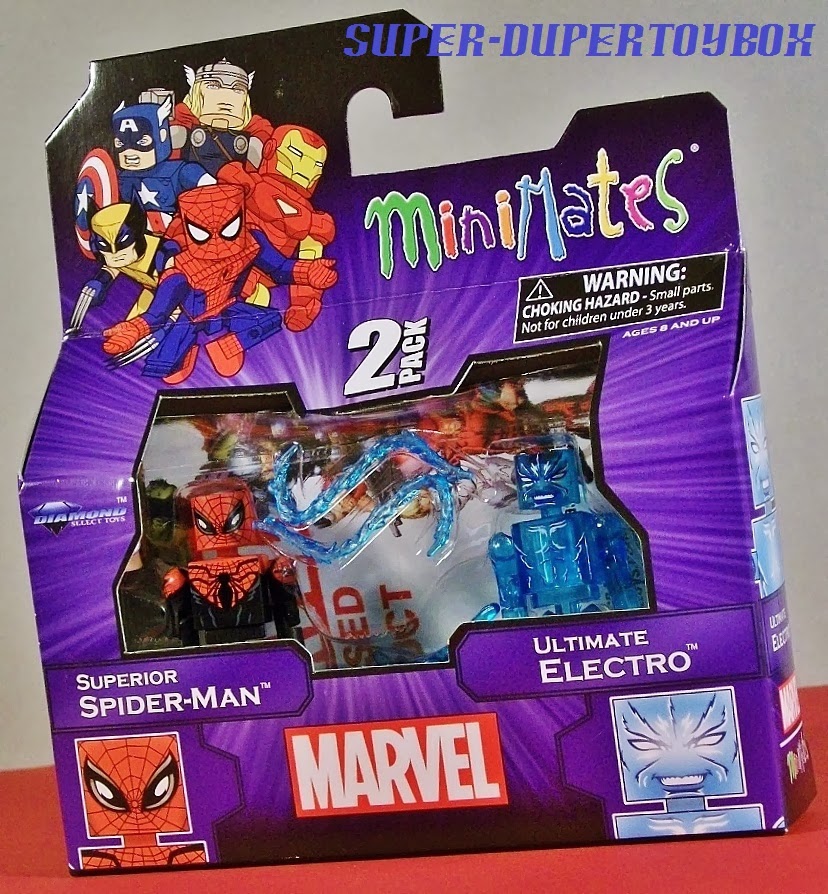 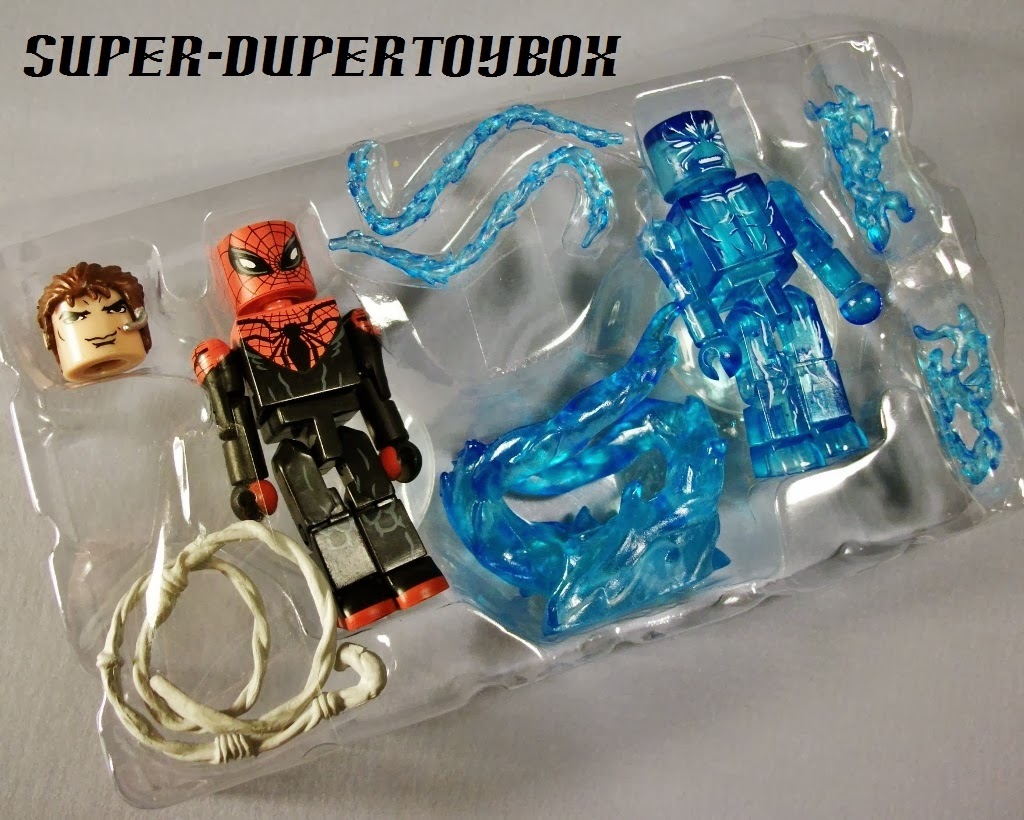 Diamond Select released another Superior Spider-Man prior to this dressed in the first customized suit Otto Octavius wore after taking over Peter Parker's body after Amazing Spider-Man #700. He came with a Nova MiniMate, who has more recently been repackaged with Venom. I was thrilled to have discovered this more recent Superior Spider-Man however, packed with a translucent Electro! The premise of this arc sounds preposterous at first, but I was quickly hooked on the great story it's turned out to be. 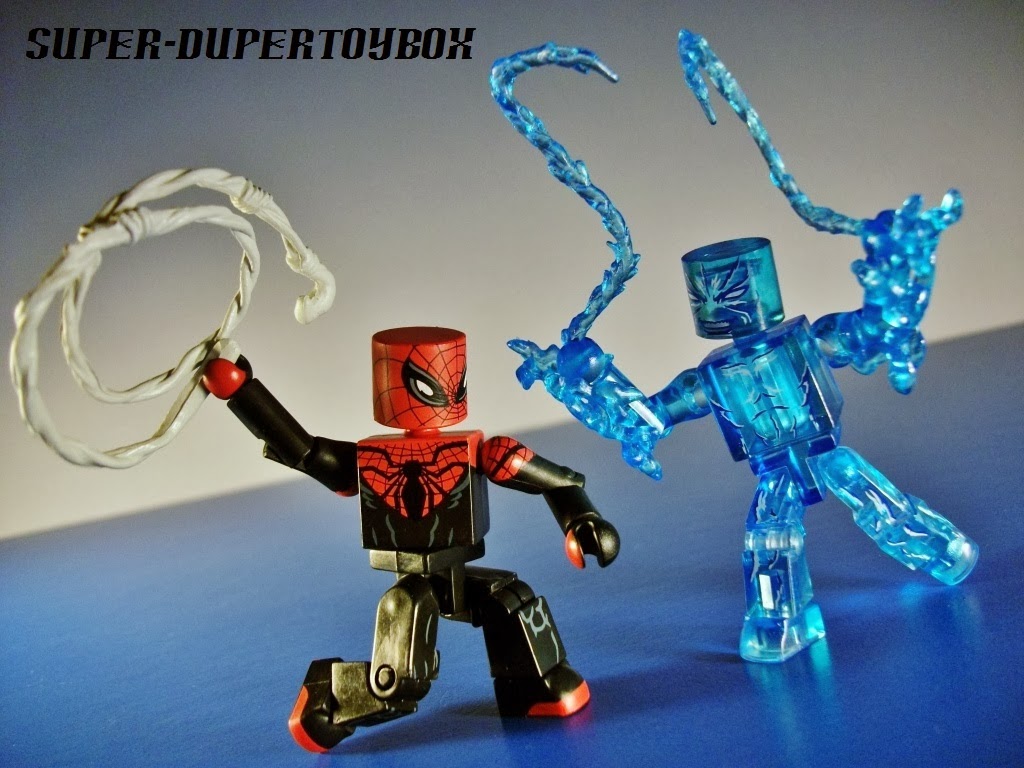 I'm a huge fan of transluscent action figures, so even though Electro isn't at the top of my list of favorite villains, I was happy to see him. I kinda like the goofy yellow & green outfit that Electro is classically known for, but this Marvel NOW! version does it for me. Diamond generously outfitted him with two electricity bolts, electric gauntlets, and a matching base. 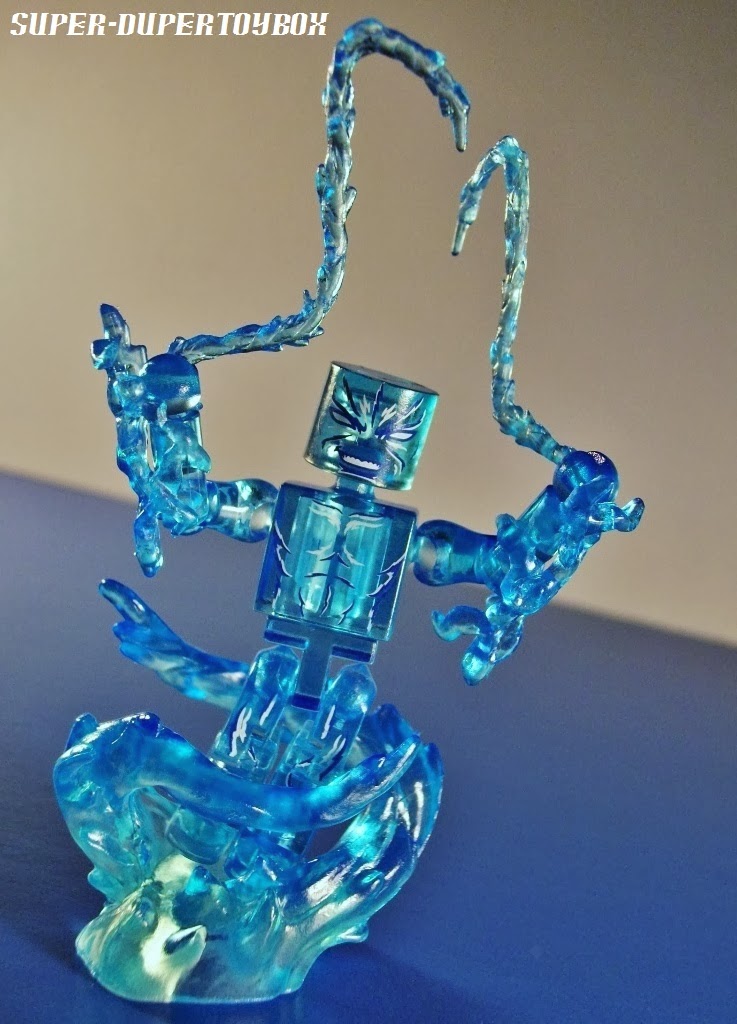 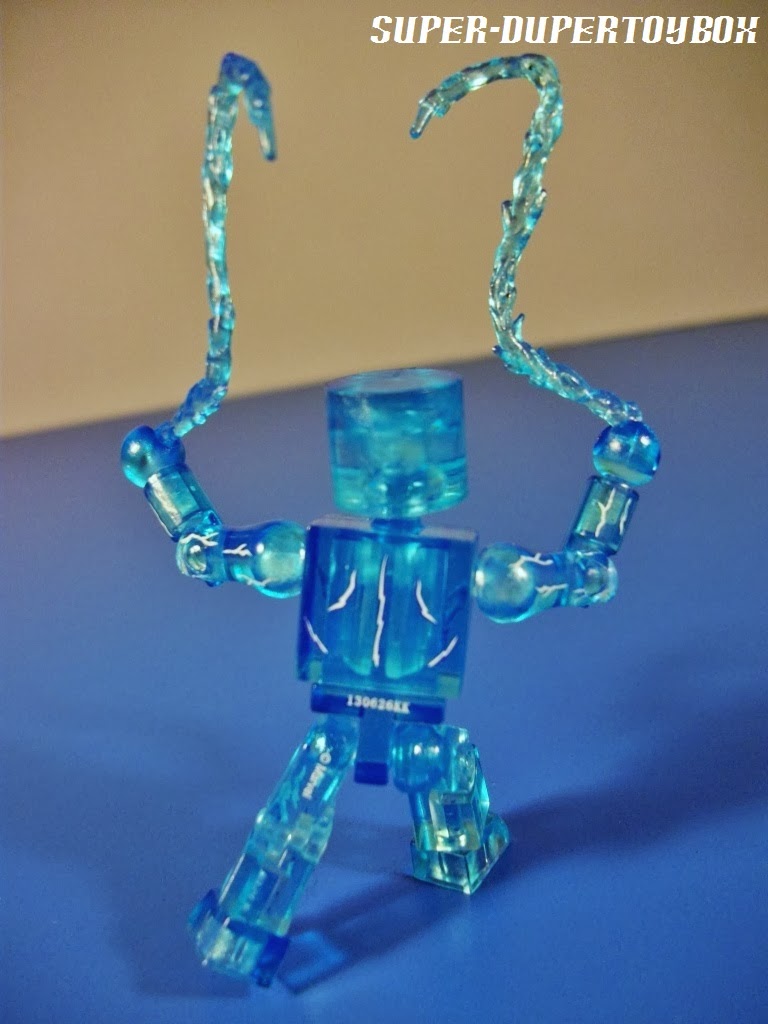 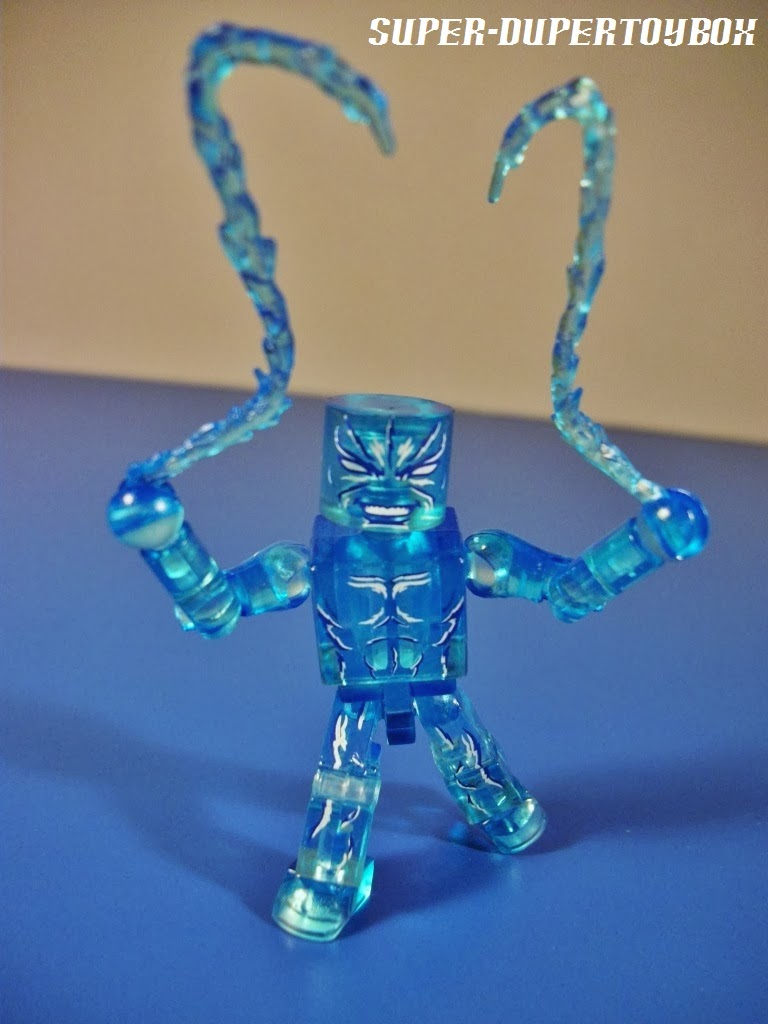 Max Dillon made his first appearance in Amazing Spider-Man #9 (1964), and will make his movie debut this year, played by actor Jamie Fox in The Amazing Spider-Man 2, opposite Andrew Garfield as Spider-Man. Electro with my Iceman MiniMate from the X-Factor box set... 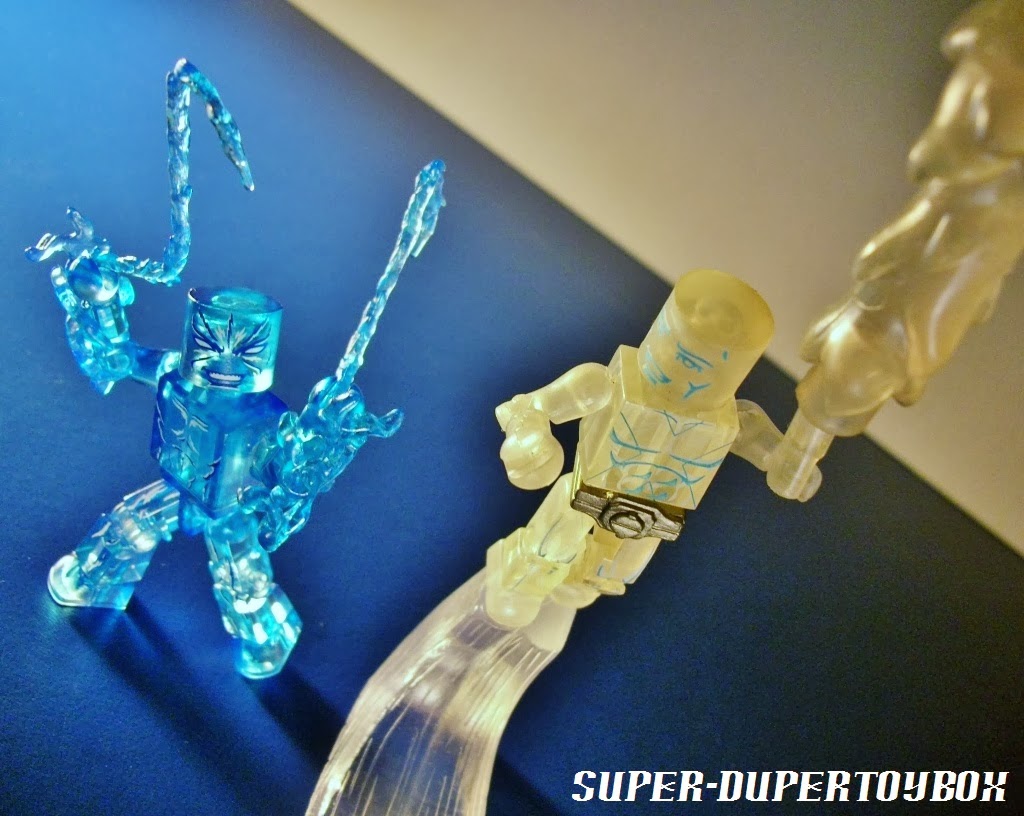 I really bought this set for Superior Spider-Man- I love this character in black & red- it just works well. I'm unsure of the way the webbing on his mask isn't centered between the eyes, but it doesn't kill it for me. He comes with the standard issue web line, but the mechanical armed back-pack could have made him a little more unique among the other Spidey MiniMates. Still, he's a great offering I was pleased to see- I've really enjoyed the title! 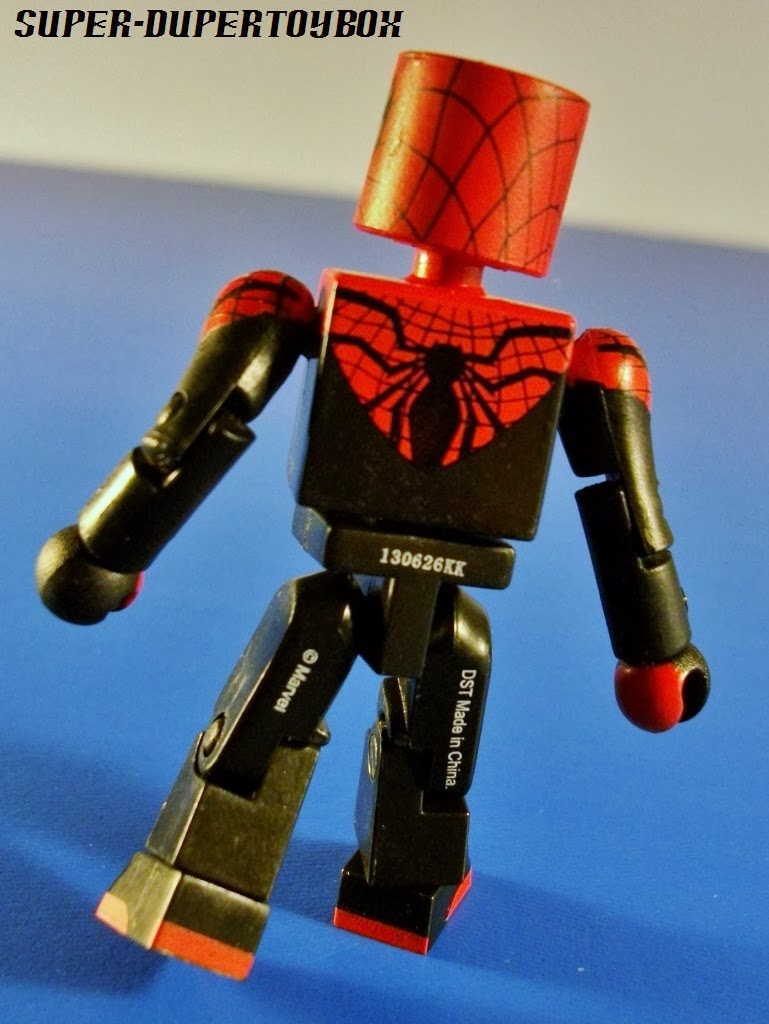 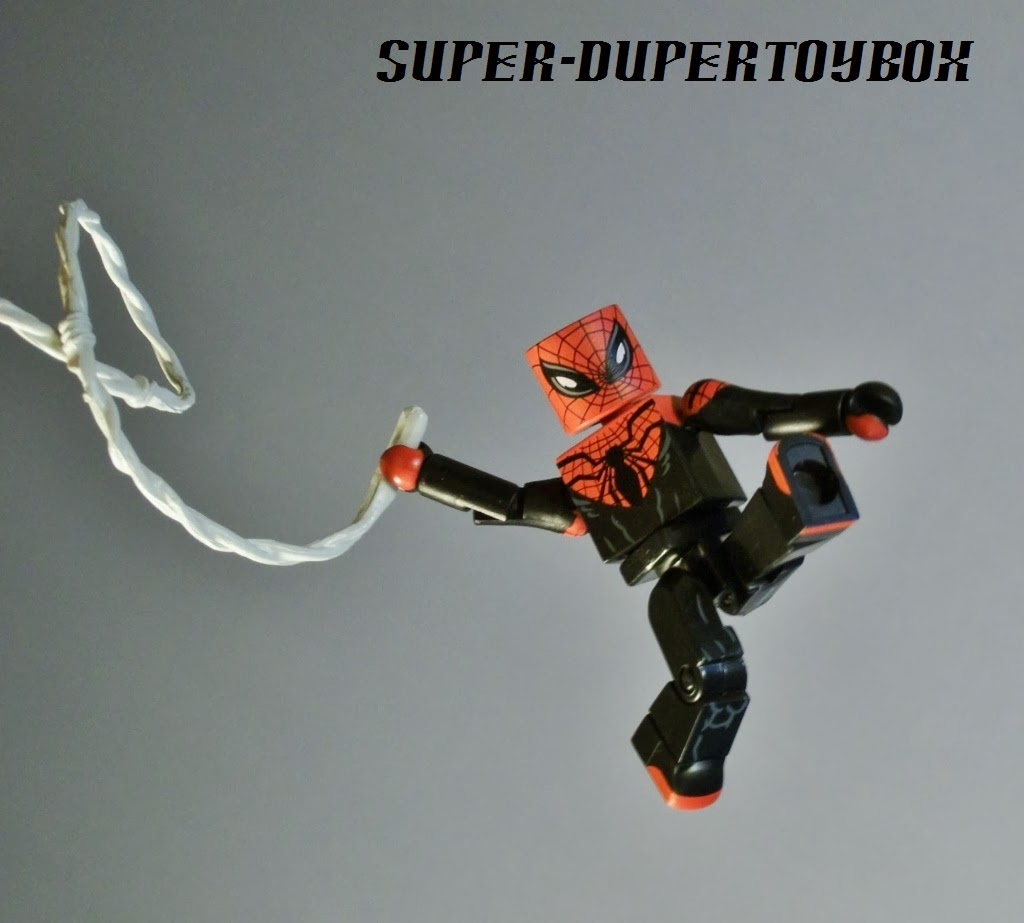 The Peter Parker (possessed by Otto Octavius) head on this figure is spectacular, his hair really capturing the wild style of Superior Spider-Man artist Ryan Stegman. Love that guy's work! His hair piece features a blue-tooth communicator at the left ear- a nice touch for the multi-tasking Otto Octavius, determined to be the superiorly organized hero Peter Parker wasn't. 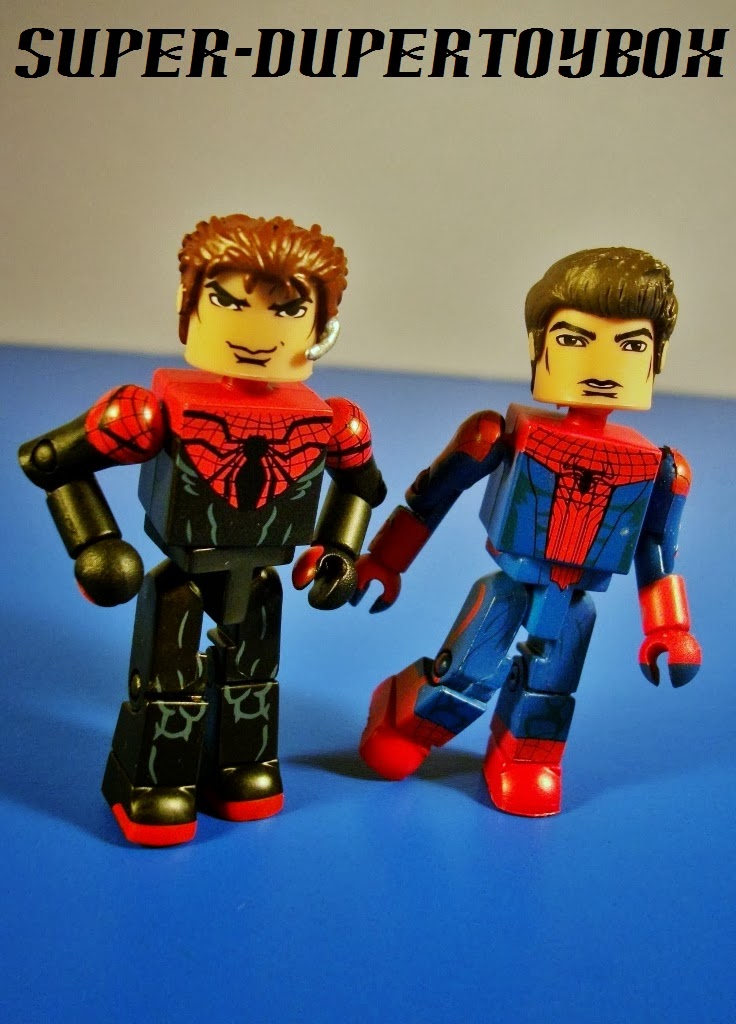 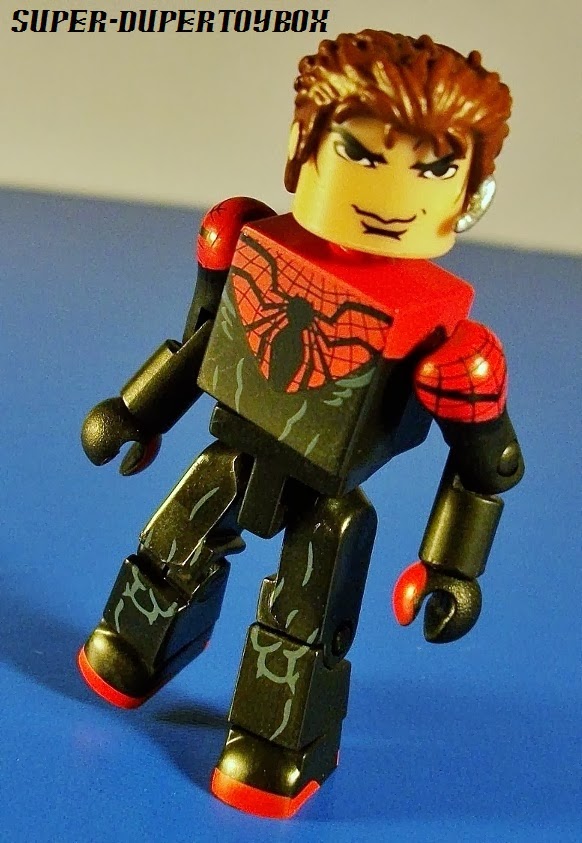 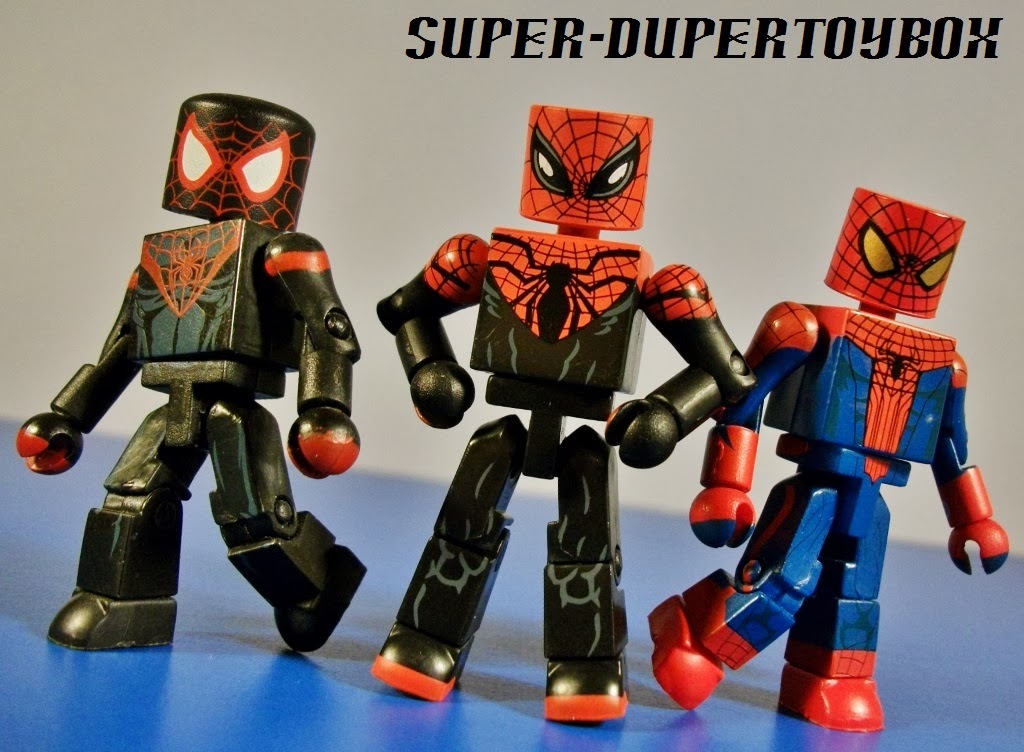 I love a variant costume on popular characters like Spider-Man, and am particularly happy to have these three alternate versions on ol' Webhead together in MiniMate form! 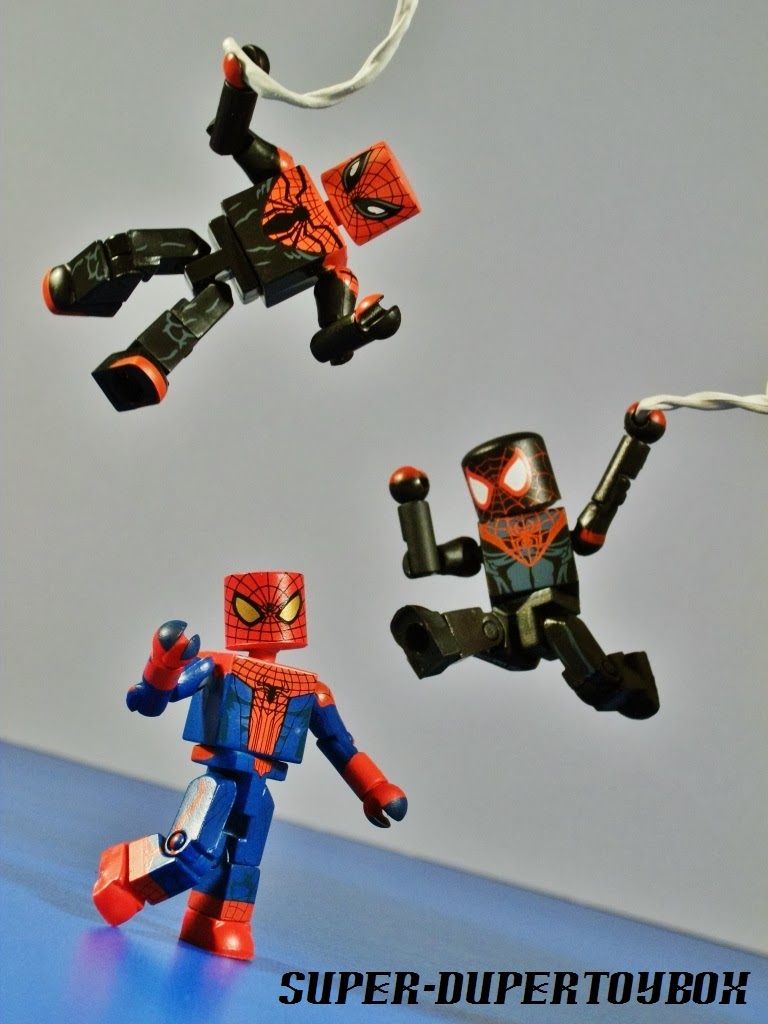