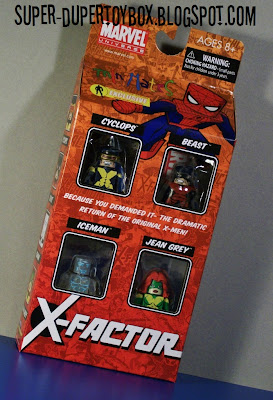 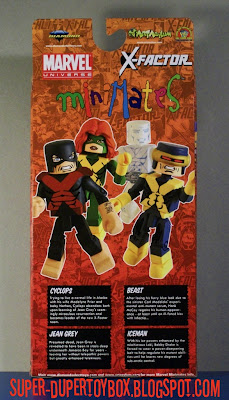 I've been reading a bunch of X-Factor I found in the dollar comics bin lately, so it's a good time to bust out this killer X-Factor MiniMates 4-pack! Having read a lot of X-Force and Uncanny X-Men from this era, it's only natural for me to have wandered over to this title starring the original X-Men. This unusual spinoff from the X-Men titles finds the original X-Men estranged from the current team due to their old nemesis Magneto taking Professor X's place as its leader. The five set up a business in New York posing as as mutant-hunters for hire, capturing and secretly training mutants to control their powers and blend into society. Realizing the error of this ruse and it's resulting escalation of mutant discrimination, the group came out to the public with it's true intentions. Wierd idea, but it ends up turning into another X-Men book ultimately, eventually introducing new characters/mutants, and pushing previously "B" characters to the front. 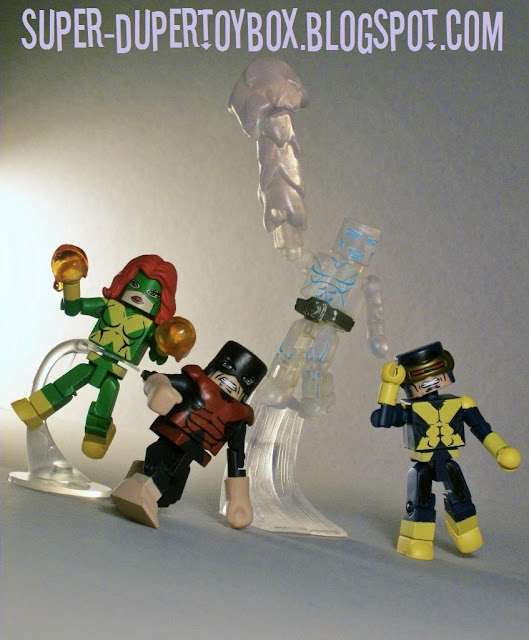 Not everyone's favorite costumes, I kinda like the crossed chest emblem stretching over the member's torsos in different colors, Cyclops done appropriately in blue and yellow for the beginning of this title back in 1986. I'd be willing to bet this is the least favorite and lesser known Cyclops outfit and the 90's outfit is the most popular. I'd also bet most people don't notice as much because the basic elements remain: yellow & blue/or black, some bandolier/chest emblem, and optic blast visor. 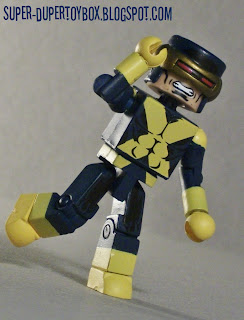 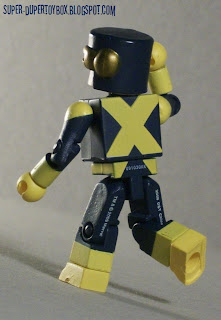 Original field commander of the X-Men, Scott Summers was the first young mutant recruited by Professor Xavier for tutelage of his special powers, away from growing persecution of the general public. The unknown "X-Gene" that caused Scott's mutant evolution is extremely dangerous, revealing itself in the form of powerful concussive beams that shoot from his eyes. This "optic blast" can only be controlled by ruby quartz, fused into either his special visor or sunglasses, revealed when removing this MiniMate's visor/mask. He also come with a hairpiece pictured below, Cyclops sporting the extra set of flesh tone hands included in this set. 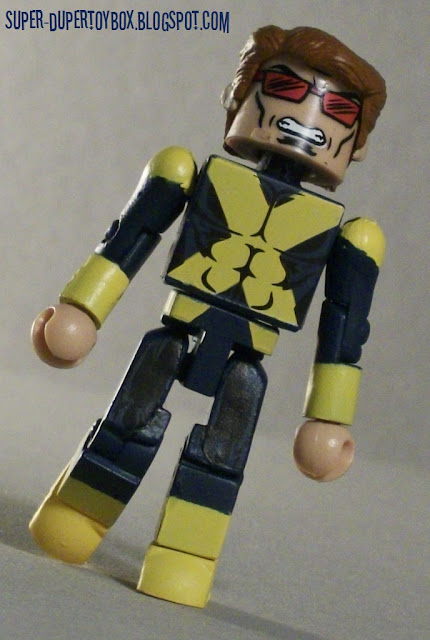 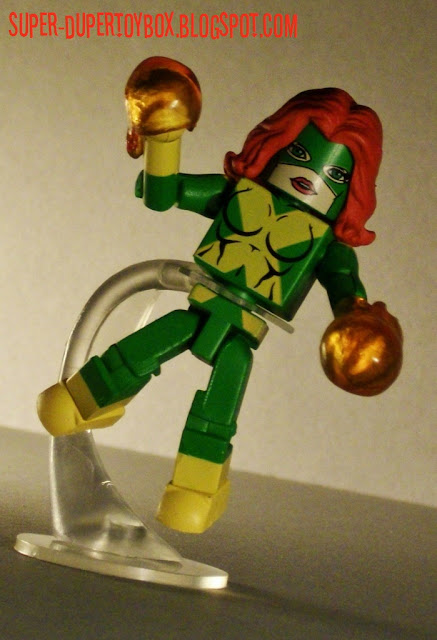 Jean Grey, the original Marvel Girl, was killed during the seminal Dark Phoenix Saga in the late 70's, yet retconned in a sort of wishy-washy fashion (just sayin'!). It was decided that Jean Grey had never actually been the Phoenix, kept in a cocoon on the ocean floor while the Phoenix entity performed it's evil machinations under her guise. Marvel had to do away with Cyclops' wife in the process so the pair could fall in love again! All is fair in love & comics  :D 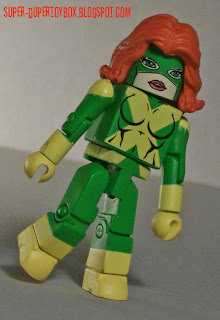 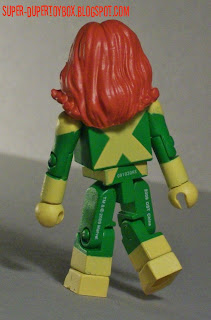 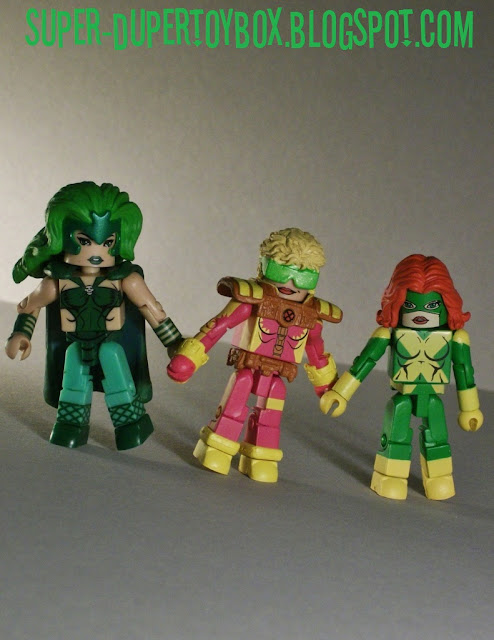 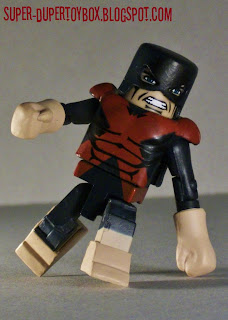 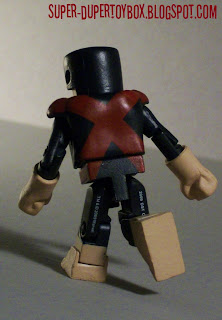 I think a lot of fans were bummed about Beast returning to his more human features in the early X-Factor books, but I love this! Don't get me wrong: I'm a huge fan of the furry, blue version of Hank McCoy, but I loved those early Jack Kirby issues of X-Men. Beast's costume changes color later in the series, but it's not long before Marvel brought back Hank's blue fur. Marvel more recently started an X-Men reboot in the First Class title, Hank as a "more human" Beast like this, as Jack Kirby created him in 1963. I like this  :) 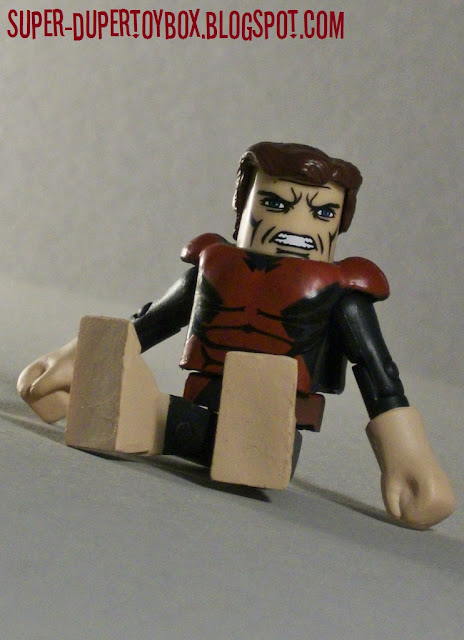 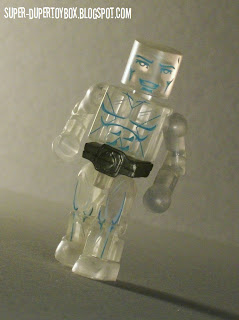 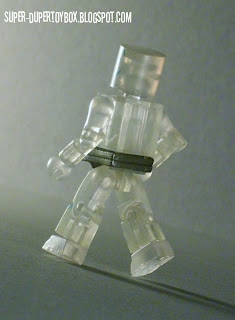 Like most all toy collectors, I am mysteriously drawn to translucent plastic. It just looks cool, and what better material to render Iceman from? The original version of the character looked like a snowman, shortly thereafter revamped as the icy, angular hero we know today. It seems odd he wears that metal inhibitor belt while the rest of his outfit takes on his icy form, but that's how Bobby Drake looked in in X-Factor, a result of Loki's trickery in attempt to overpower the Frost Giants. Iceman came with an ice structure arm accessory that looks good, but does not fit well over his arm with the hand removed or not. He looks perfect on the flight stand I got with mu Magneto/Zero MiniMate 2-pack! 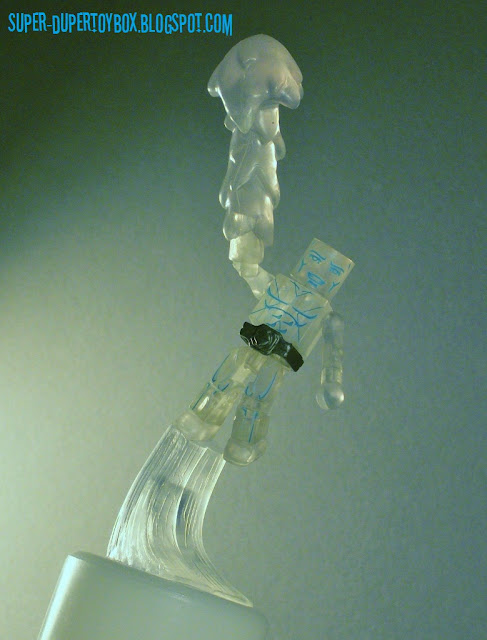 I love this set! It would have been nice to have Archangel in the set, or the coveted X-Force Angel that has a large white on red X pattern on his chest matching the rest of the X-Factor costumes (included in a 2-pack with Warpath).  These may seem somewhat plain individually, but make a nice grouping of a somewhat odd, but ambitious period in X-Men history. I've enjoyed reading some of the earlier issues of X-Factor, and look forward to reading some more, including the 90's Version with Polaris, Havok, and Multiple Man. 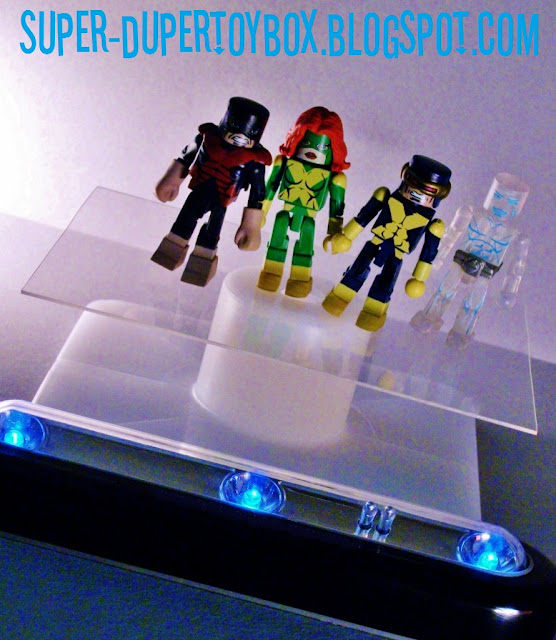