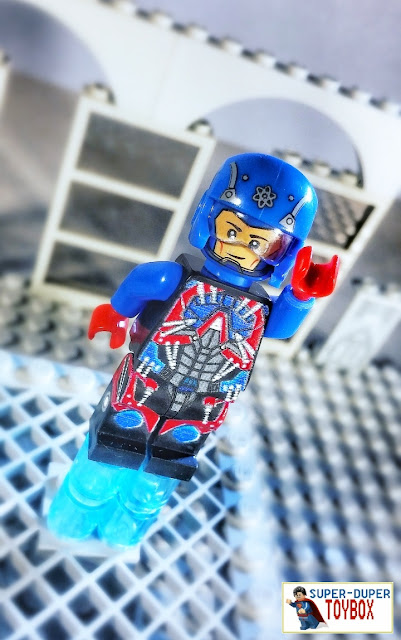 I felt like this BootLego Atom deserved his own post- I loved the colors, deco, and helmet on this imported minifig. I have a few Atom figures I love, and though the character is third tier character among the DC pantheon, I was always a little more into him than Marvel's Ant-Man. Maybe the whole Atomic Age theme the character evokes appeals to my interest. At any rate, I found this one to be unique and fun! 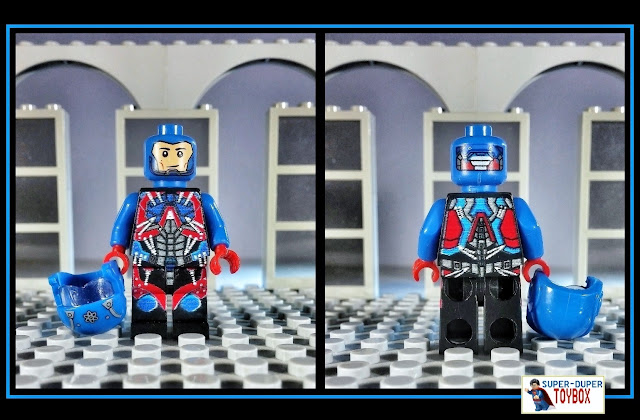 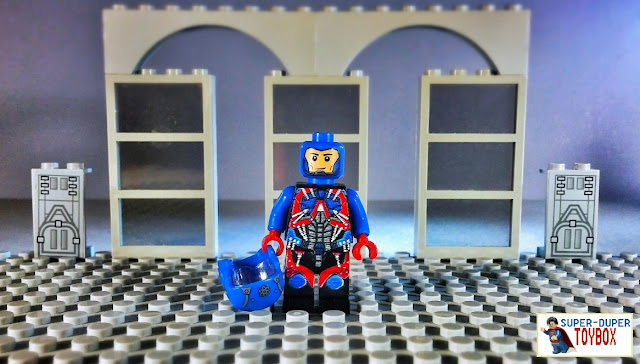 Ray Palmer, a physics professor who created a belt to shrink himself down to sub-atomic size while maintaining his mass, was the Silver-Age Atom. According to DcWikia.com, Palmer's first appearance was in Showcase #34 (1961). 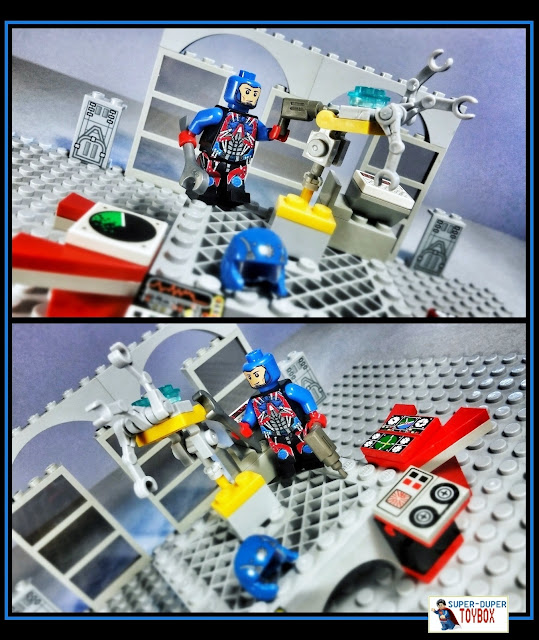 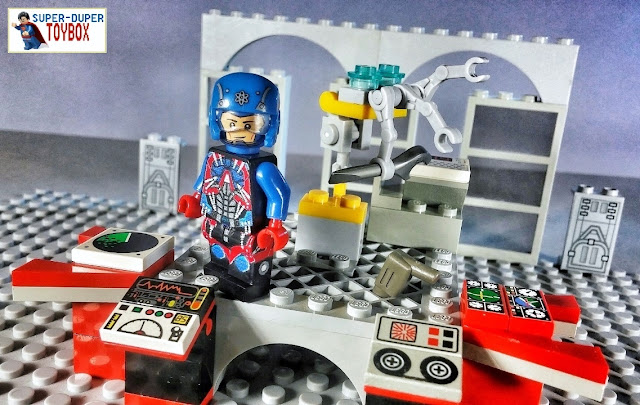 Below, BootLego Atom with my BootLego Flash- what a pair of DC Comic's finest ...!
See my January 2013 post featuring the DC Action League Atom and Flash! 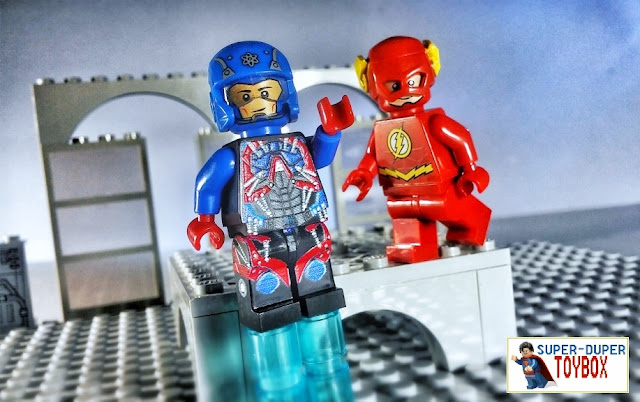 More Later- Make It FUN!
Posted by Super-Duper ToyBox at 8:11 AM