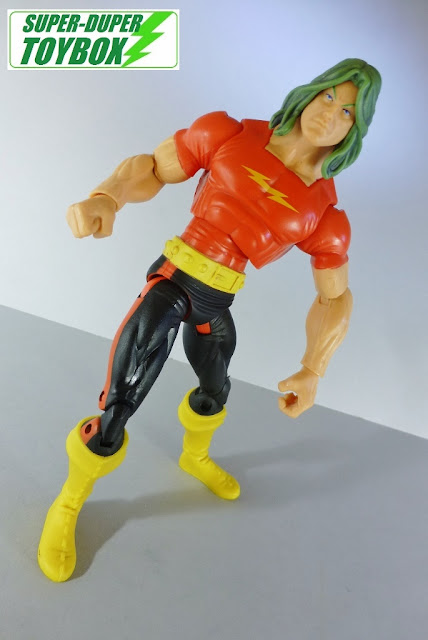 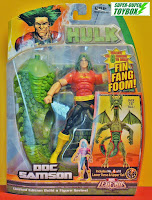 I actually posted on this Doc Samson when I got him seven years ago, but never devoted an entire post to the figure due to his lack of accessories and somewhat underwhelming quality. He's made some guest appearances in other Marvel Legends posts here on the Super-DuperToyBox, usually when a Hulk figure is involved, because he just does better in groups with his contrasty outfit. Hailing from 2008's Hulk/Fin Fang Foom BAF Series, he did include a chunk of Fin's tail, which was useless to me. My interest in the character was thanks in part to Marvel Essential Hulk Vol. 6, which I was reading at the time. Doc doesn't appear until the end of the book, but it spurned my latent curiosity in the character. 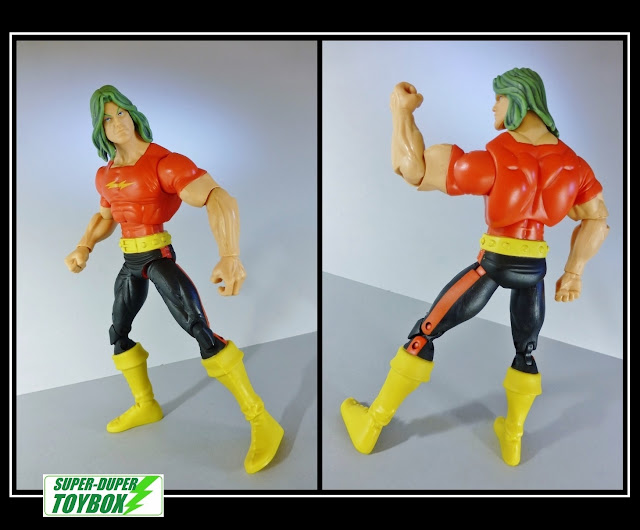 Doc Samson was created by author Roy Thomas and artist Herb Trimpe in 1971, a psychiatrist who became affected by the same gamma that made Bruce Banner the Hulk while attempting to cure the scientist by siphoning the radiation from his body. Leonard Skivorski, Jr. then became the mighty Doc Samson! 2008 was the second year for Hasbro producing Marvel Legends, the rest of the Hulk Series more interesting than Doc here, but his presence was complementary, and helped Hasbro build that monstrous Fin Fang Foom BAF. 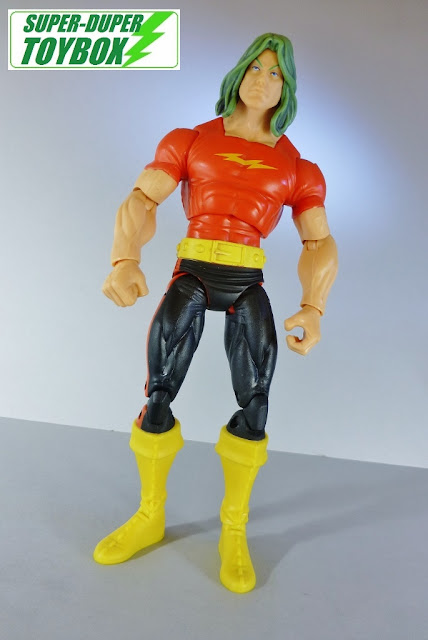 Of course my new 14.5" Hulk should make an appearance if we are showcasing Doc Samson ... 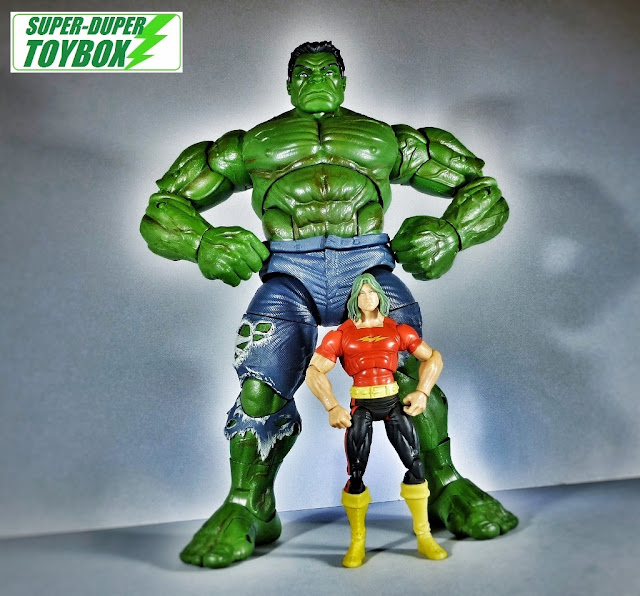 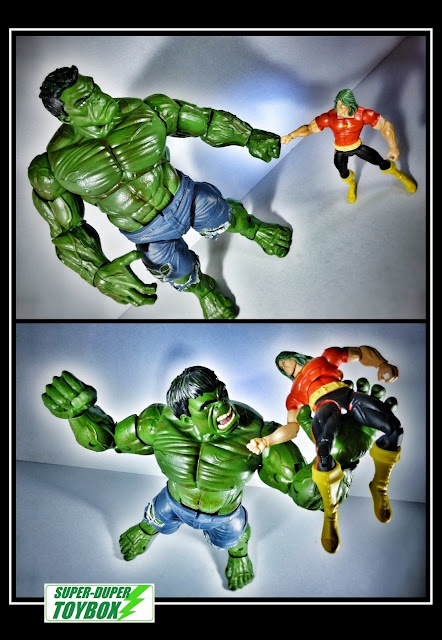 And while we have the Marvel Legends out, Hulk and Doc below with a few other favorites- Modern Thor, Commander Steve Rogers, and Iron Man III Series Iron Patriot ... 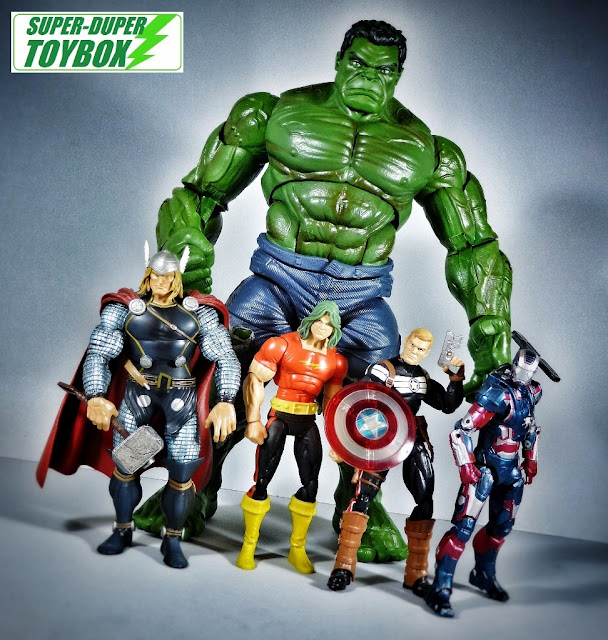 More Later- Make It FUN!
Posted by Super-Duper ToyBox at 12:10 AM