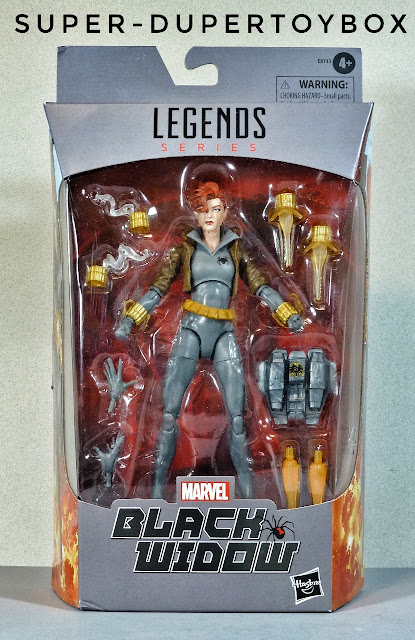 I pretty much instantly preordered this Walmart exclusive Black Widow upon announcement months ago, the gray outfit and short hair how I remember her from my issues of the Marvel Universe Handbook back in the '80s. I don't remember Natasha's Avengers jacket, but I like that addition to this figure, along with her wristbands and utility belt. The array of accessories included is fantastic: firing, smoking, and regular wristbands, additional splayed hands, and a jetpack complete with pegged jet fire blasts. Impressive. We've received probably a half dozen Black Widow figures in the last five years, but I love the retro-appeal of this one. The facial portrait  and hair sculpt are superb on this figure, an area that Hasbro has really evolved in the last few years. For a mass-produced figure retailing at twenty bucks, this is a solid value. 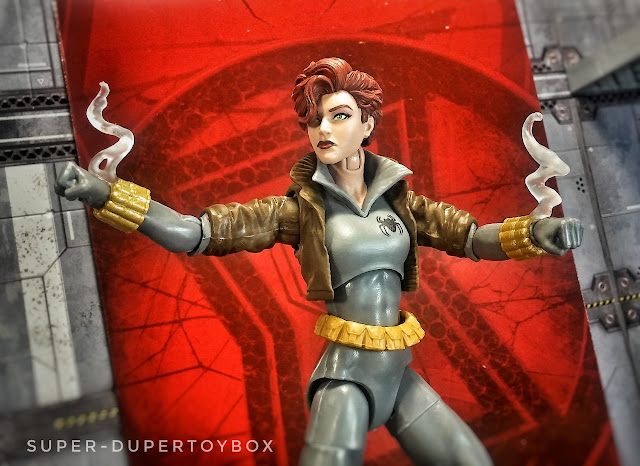 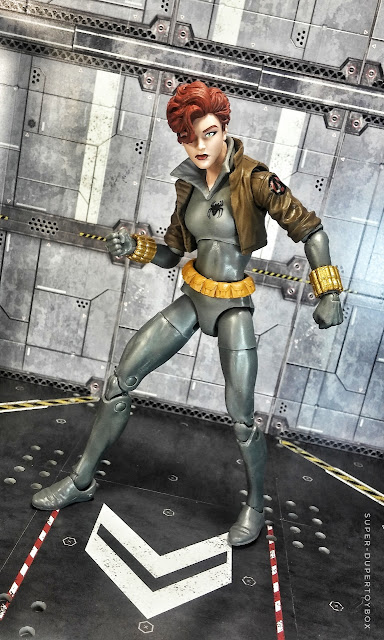 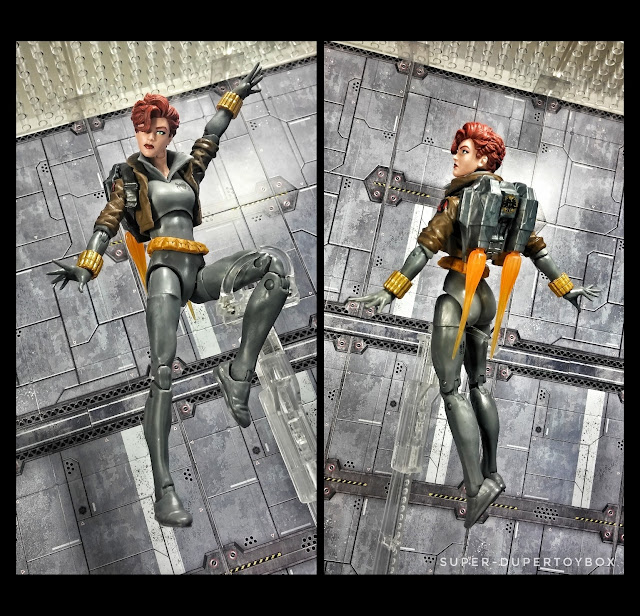 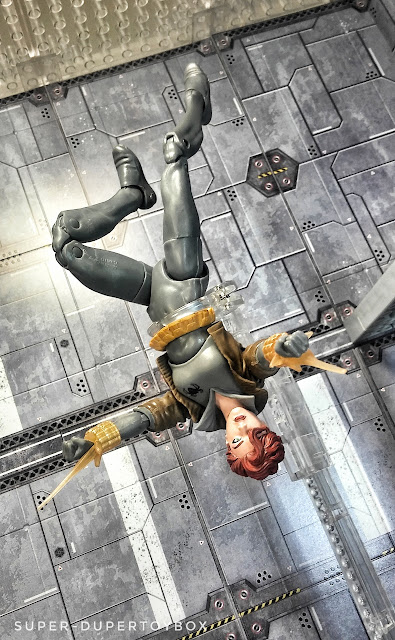 I'd have a hard time choosing a favorite between this Wal-Mart exclusive Widow and the Target exclusive Deadly Origins Widow I reviewed recently, who also came packed with accessories, including an arsenal of firearms we are usually denied. I had to have both! 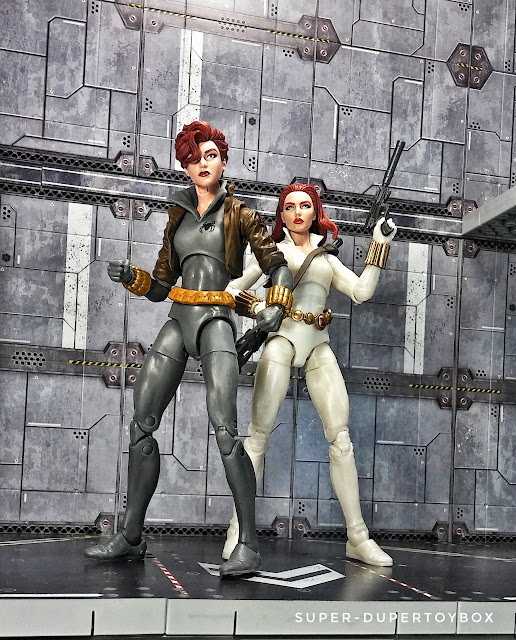 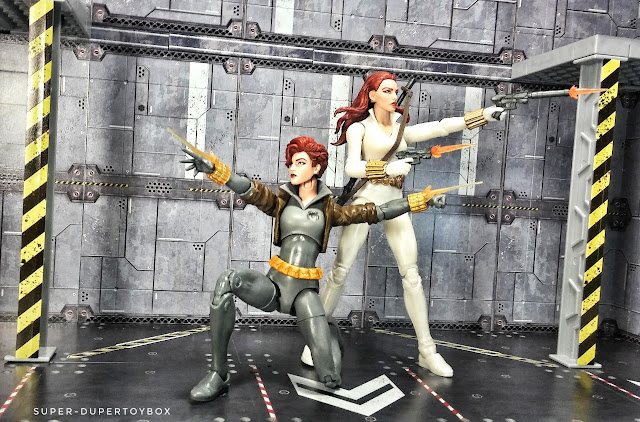 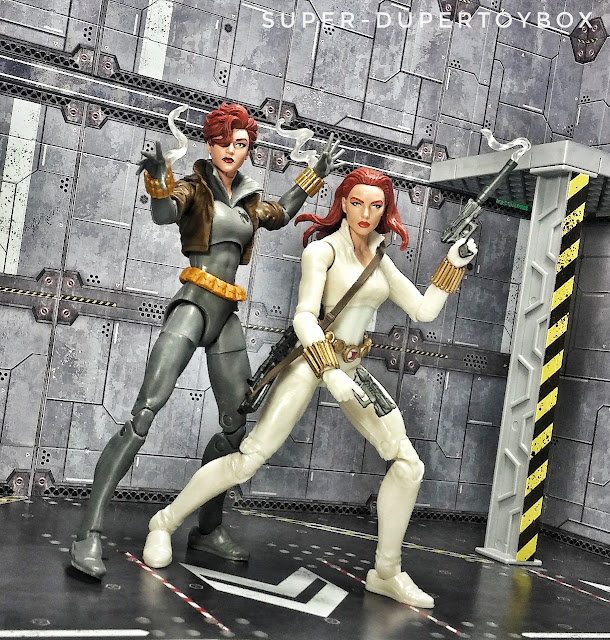 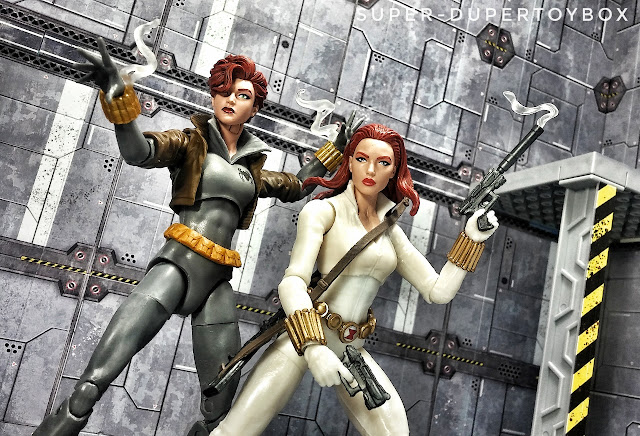 I was mad for the recent 80th Anniversary Thor, Iron Man, and Captain America, and get them out whenever the subject of any of my posts warrant the occasion. I imagine Cap training with Black Widow in the Avengers headquarters, or perhaps in combat in a time before she joined the Avengers. Though her origins are as a nemesis to Iron Man, her later defection from Russia and subsequent affiliation with S.H.I.E.L.D. and the Avengers link het more strongly to Cap... 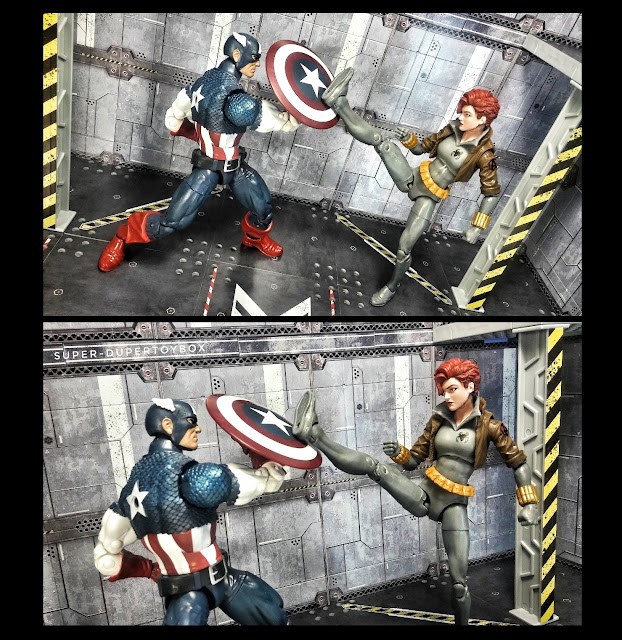 And finally, Black Widow with a few classic Marvel Legends Avengers that live here in the Super-DuperToyBox, including the aforementioned 80th Anniversary Thor, Iron Man, and Captain America, the Vintage Series Hawkeye and Vision, and perhaps my favorite Marvel Legends figure of 2019, The Hulk from the 80th Anniversary Hulk/1st Appearance Wolverine 2-pack... 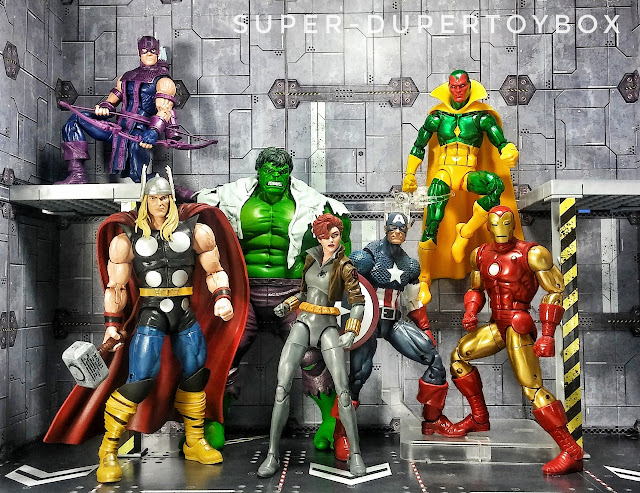