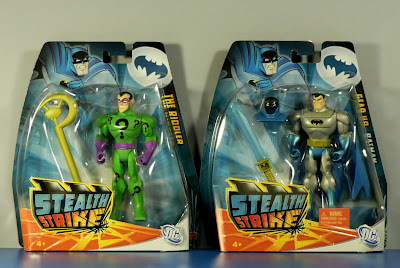 It seems like The Bubbs made me aware of these Mattel Stealth Strike action figures only a week or so ago. I thought I'd seen the end of the Batman: The Brave & the Bold toys, but lo & behold: I was in Wal-Mart yesterday and saw a handful of these fun toys  :D   The Brave & the Bold logo has been moved to the verso of the backing card, but there's no mistaking that great design, made for play. In case you were unaware of my love for these just click on the labels cateregory below this post & read any of my last EIGHTEEN POSTS about them  :D 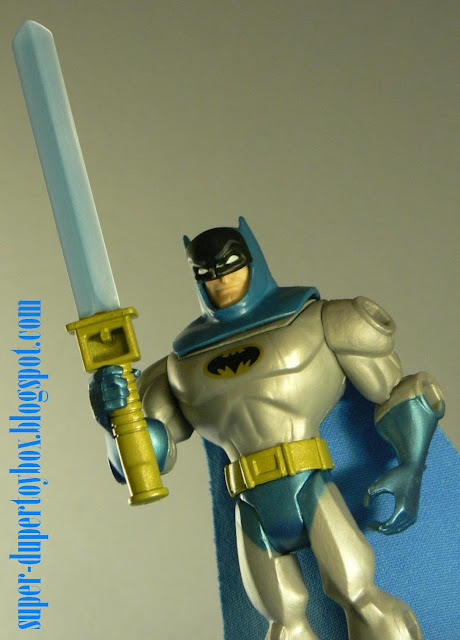 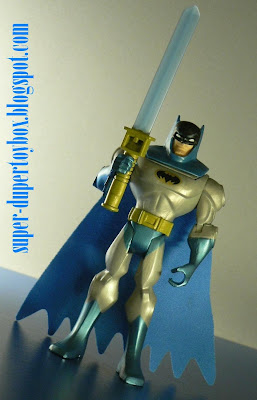 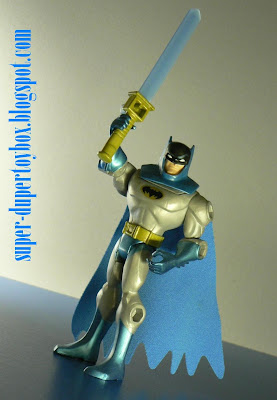 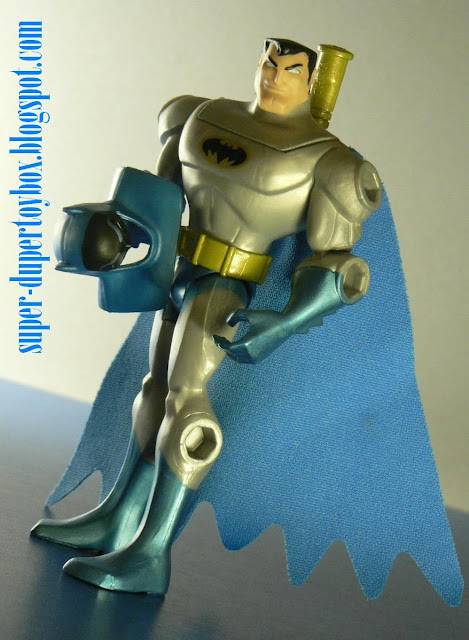 Yes, I have several of the many variant Batmen released in this line- hell I've even got another with a sword, but this one is unique due to it's removeable cowl. Very cool! He has a cloth cape like most all the rest, and his outfit/body has a nice metallic sheen to it- this one's a beauty. I've said before, the hexagonal "Snap & Attack" accessory slots on the limbs of these toys don't appeal to everyone, but I doubt seriously that any child would find that unsightly on these cute, chunky toys. Children like to touch, manipulate, and play with toys- this is how they learn manual dexterity. And they're just fun to play with, like a good toy should be  :D 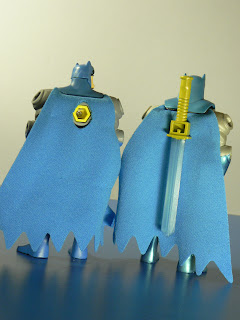 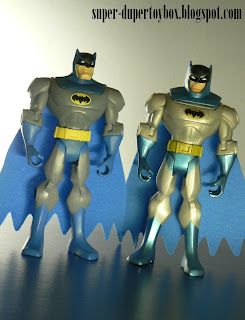 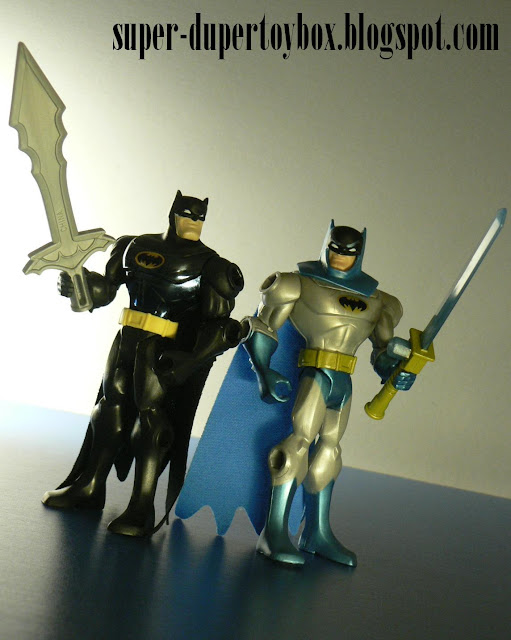 Pehaps even more exciting was the release of a classic Riddler in this new wave- Mattel nailed it here! We get a staight-ahead, Golden Age Edward Nigma. Hooray! I never did find a Wave 16 DCUC classic Riddler, so when I saw this I was pretty happy :) 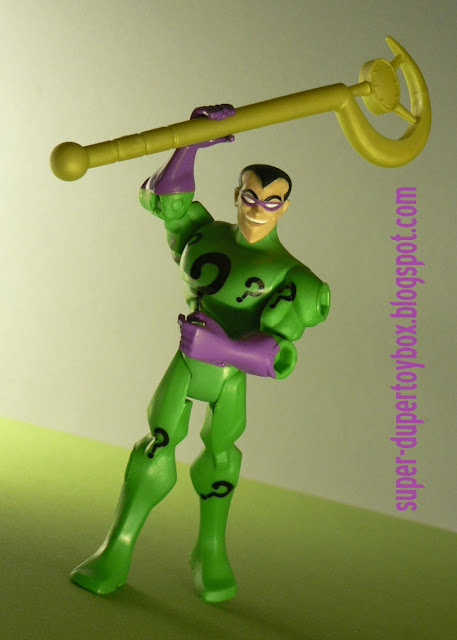 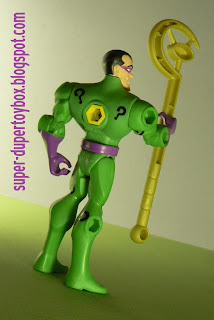 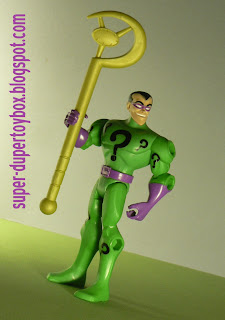 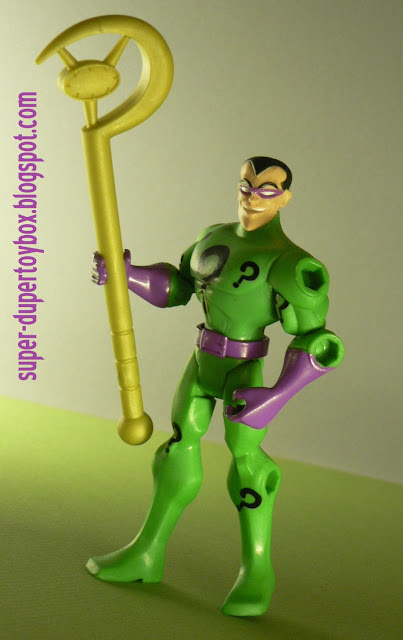 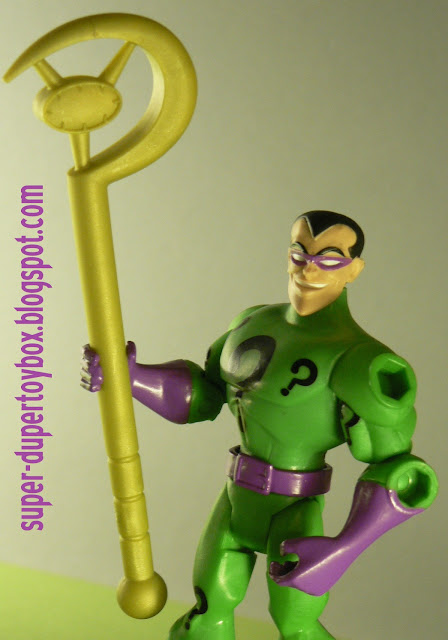 What a pair Riddler and Kickpuncher Joker make  :D 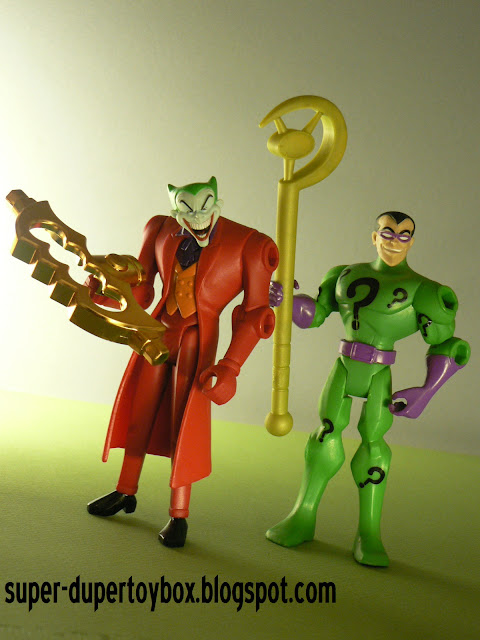 While I was there falling in love with these toys all over again, I decided to pick up the  Total Armor Steel Power Superman that was released earlier this year. Come to think of it, BubbaShelby brought this one to my attention as well  :D   I'm all about a variant Superman, and I like the way this was colored. 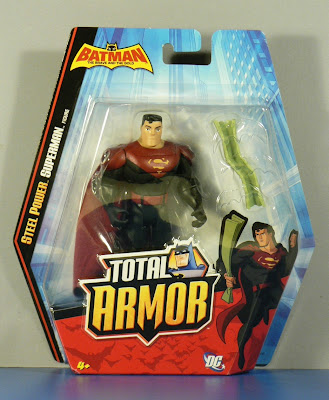 I'm only disappointed that he comes with a bent girder instead of a cool snap-on accessory- the same goes for the Riddler for that matter. It goes without saying that I (laughs) have no shortage of these, but whats the point of all the hex sockets in the figures if ya don't give the kids something to plug into them? C'mon Mattel, that's a no-brainer! 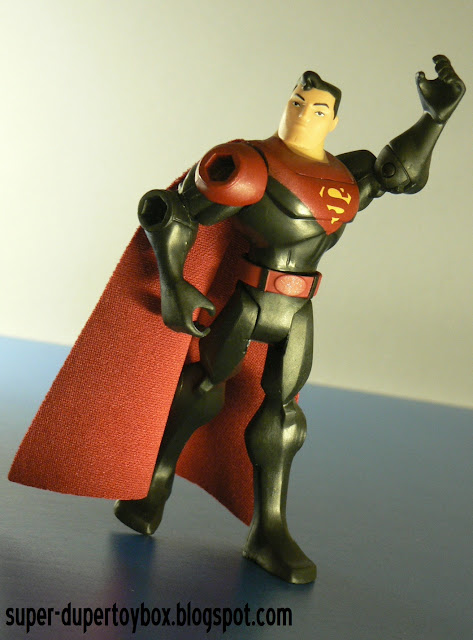 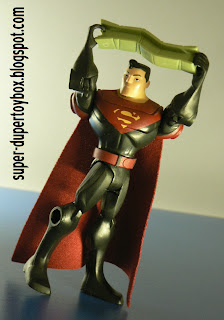 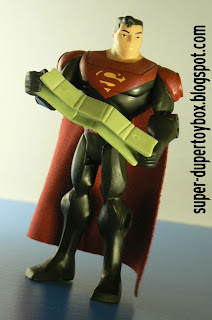 Yes he's the same Superman Mattel released in the Kryptonite Collision Battle Pack... just had to have the variant 'cause I'm crazy like that   :D 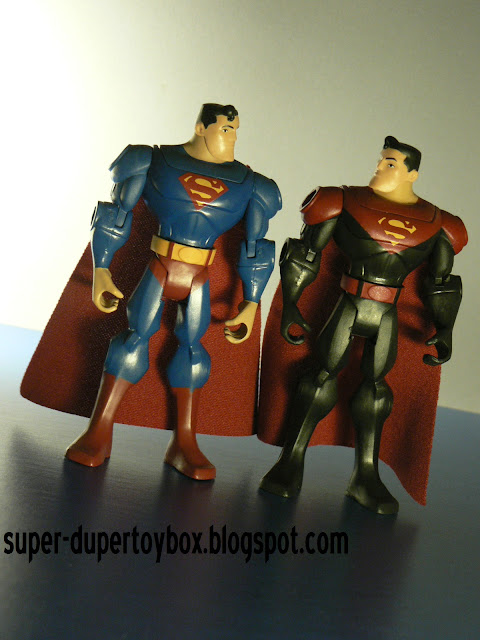 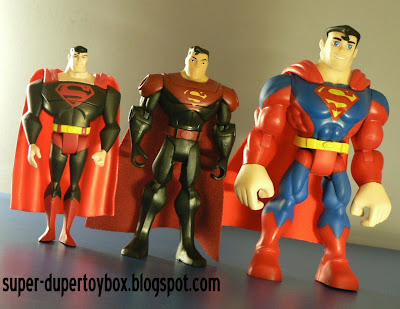 It's fun to be excited about these action figures again! They aren't for everyone, but I find their chunky sculpt and interchangeable accessories inviting- "I'm fun! Play with me!" 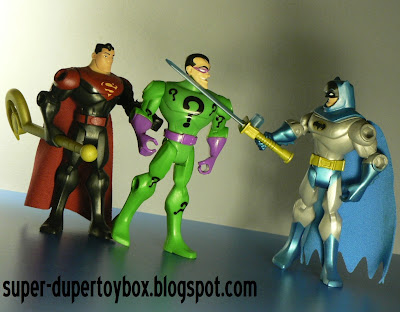 More Later- Make It FUN!
Posted by Super-Duper ToyBox at 2:21 AM

Email ThisBlogThis!Share to TwitterShare to FacebookShare to Pinterest
Labels: Batman, Batman: The Brave and The Bold, Mattel, Riddler, Superman