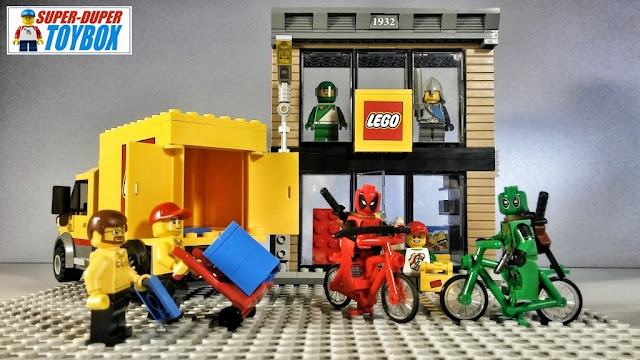 I found a green Lego bicycle to complement the red one included in my Fun in the Park City People Pack recently, and as I'm so happy with the Lego Store build I reviewed in March, BootLego Greenpool and Deadpool seemed the best candidates to cycle over and check out some of the new merchandise within... 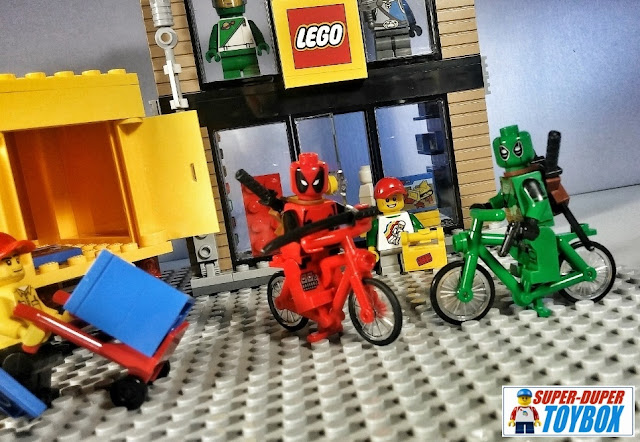 Inside, Greenpool and Deadpool find the new Lego statuettes I recently purchased on eBay, which are even smaller than the white Lego Microfig on display! I acquired a few Lego Star Wars Microfigs at the end of 2015, which like the Lego Statuettes are more often hard to locate and expensive. Even my toys have toys! 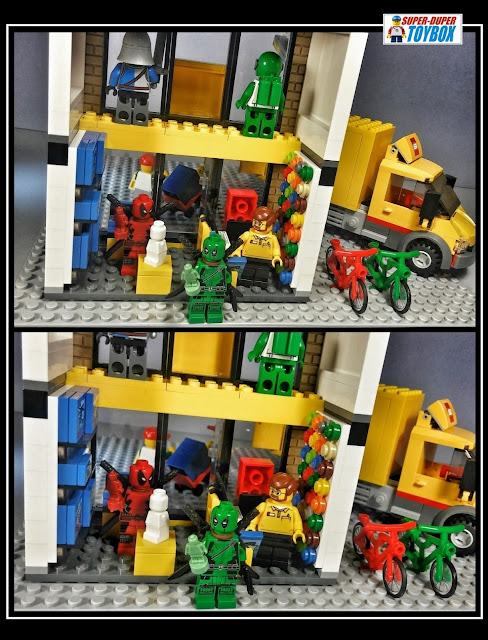 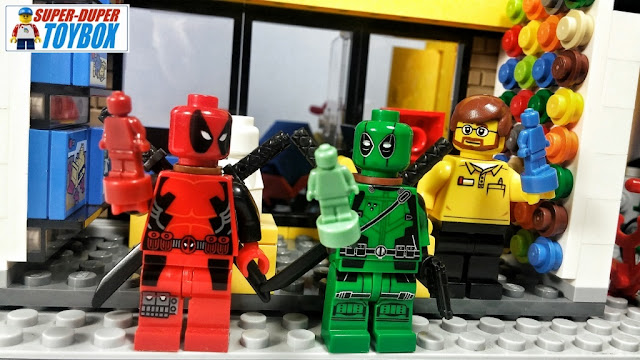