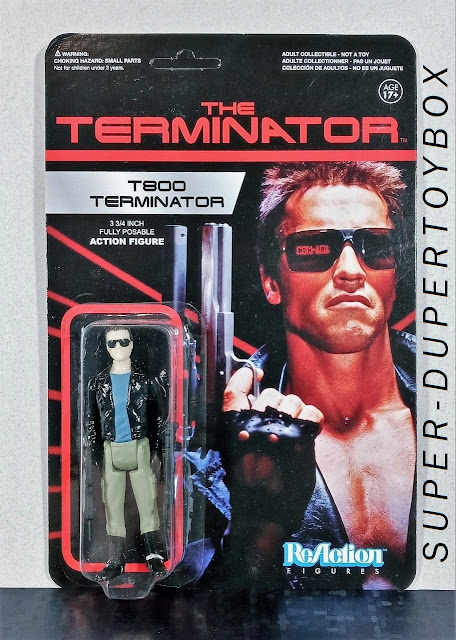 Just a quick post related to my last on the ReAction Arrow figures, another I picked up cheap on eBay, a ReAction T800 Terminator figure. The '80s were a great time to be a kid, renting VHS sci-fi movies like Terminator. Arnold Schwarzenegger was the action star of the decade, and I watched anything he was in. 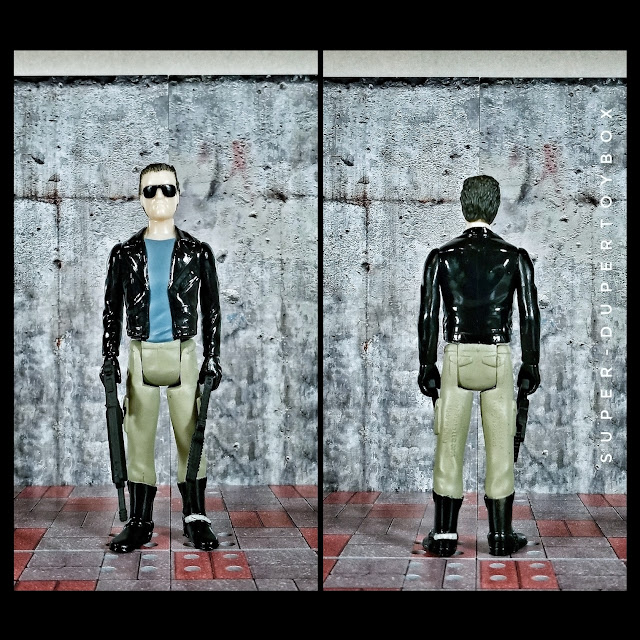 I said in my last post that I'm less likely to pick up more recent ReAction figures due to their steep retail price of $16.00 - $18.00, but I have been buying Hasbro's ten dollar 3.75" Retro Marvel Legends figures. This 2013 Terminator series had a few other figures, including the metal skeleton T800, but I liked this one with the leather jacket, machine gun, and shotgun! 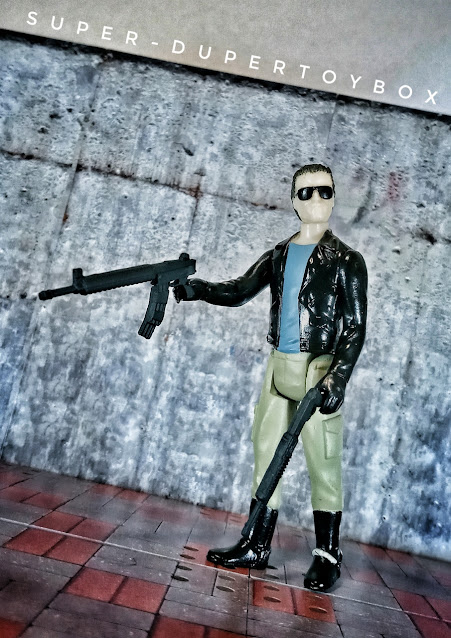 Below, Arnold with my ReAction Arrow figures... 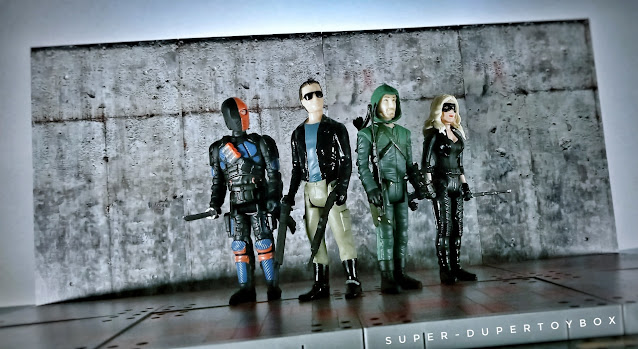