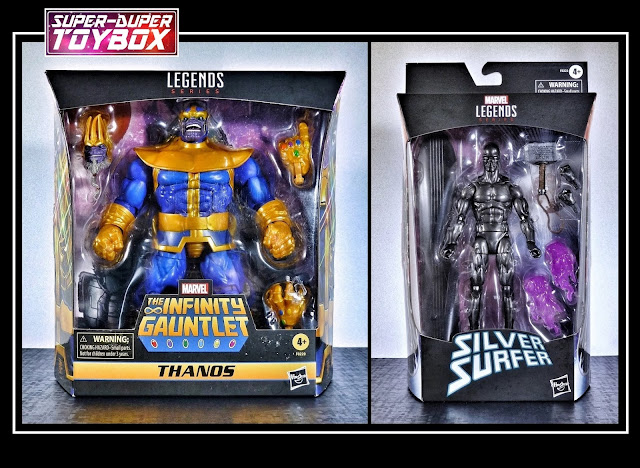 I acquired the Marvel Legends Deluxe Infinity Gauntlet Thanos and Walgreens Exclusive Obsidian Surfer within a week of one another, the former for free using Amazon points, and the Surfer during my only sighting in the wild since. I'd been on the fence regarding Thanos, as I've owned a fantastic classic Marvel Select Thanos for years. This long awaited Marvel Legends Thanos had some extra articulation points however, and may scale better with other 6" Hasbro figures. Also included was an alternate snapping-fingers left hand, an accessory that seems almost crucial at this point. 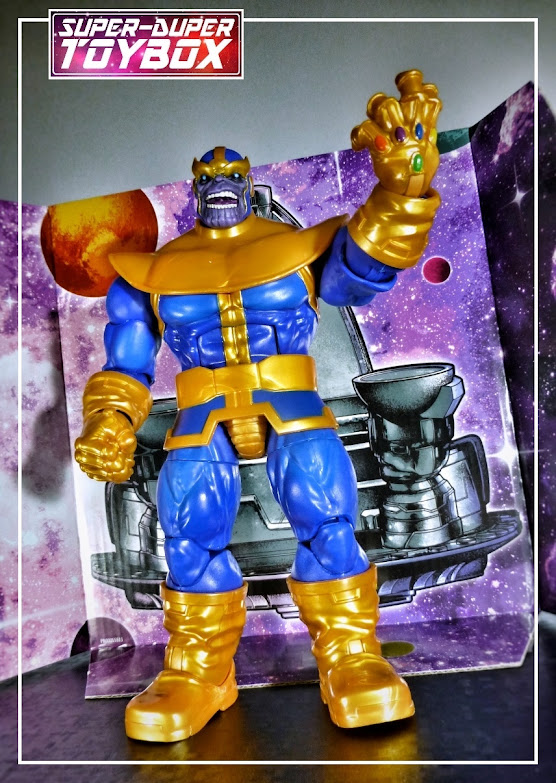 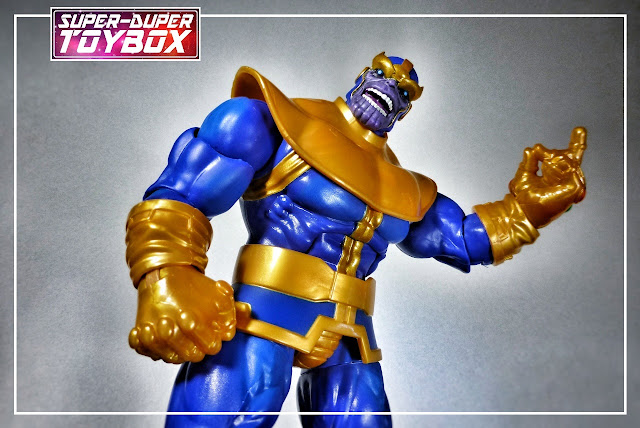 While I've read The Infinity Gauntlet, I've not read the story from the recent pages of Thanos, were King Thanos brings back young Thanos to fight the Fallen One, or Obsidian Surfer, wielding Mjolnir, returning to kill the Titan for destroying everyone in the Universe. 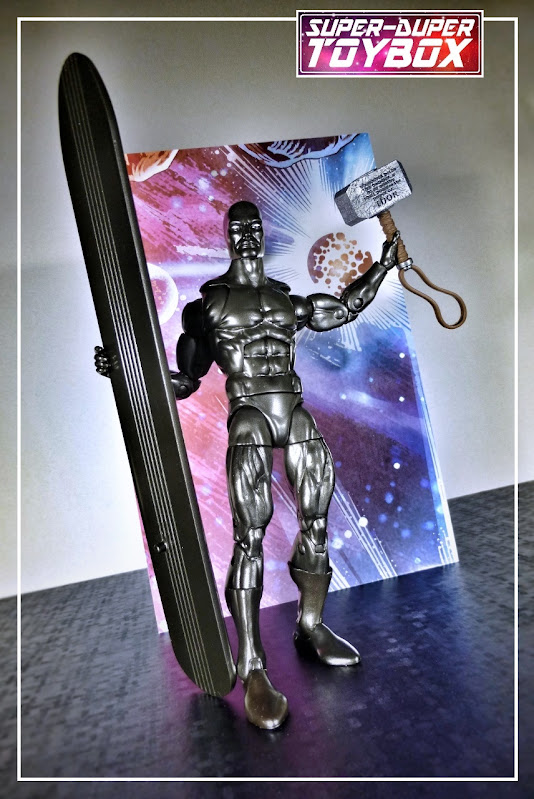 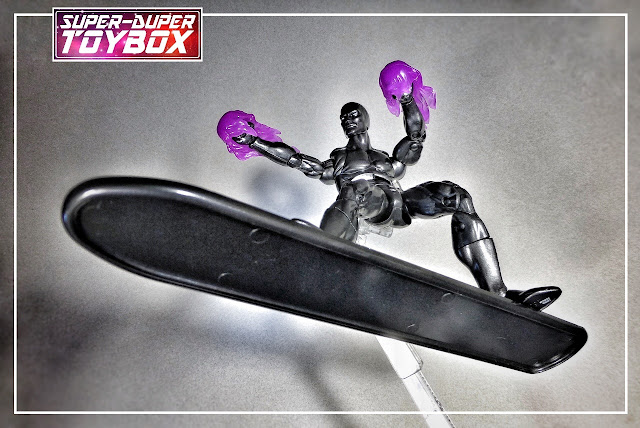 Obsidian Surfer includes flame effects for his hands in addition to Mjolnir, and Thanos an additional King Thanos head sculpt, allowing fans to reenact the Thanos Wins storyline. I'll refrain from spoiling much, though will say Obsidian Surfer does not emerge the victor. 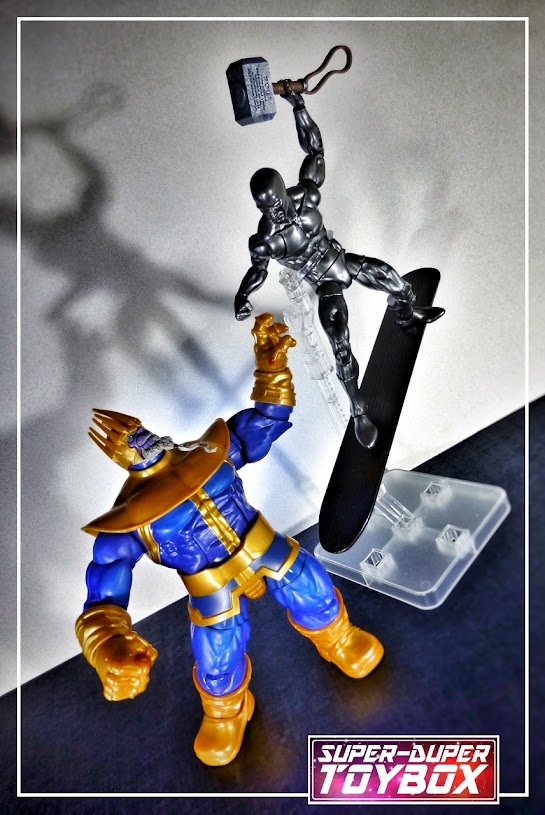 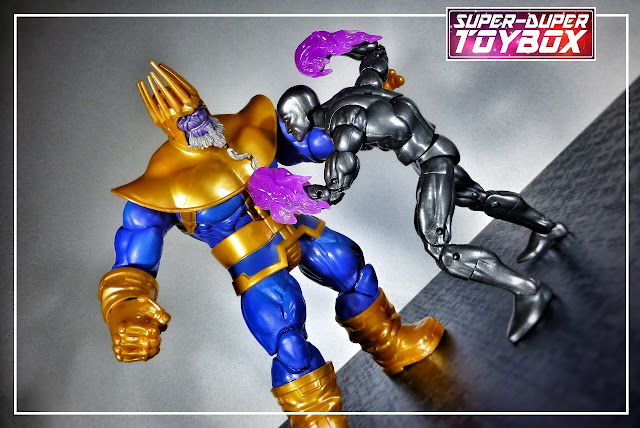 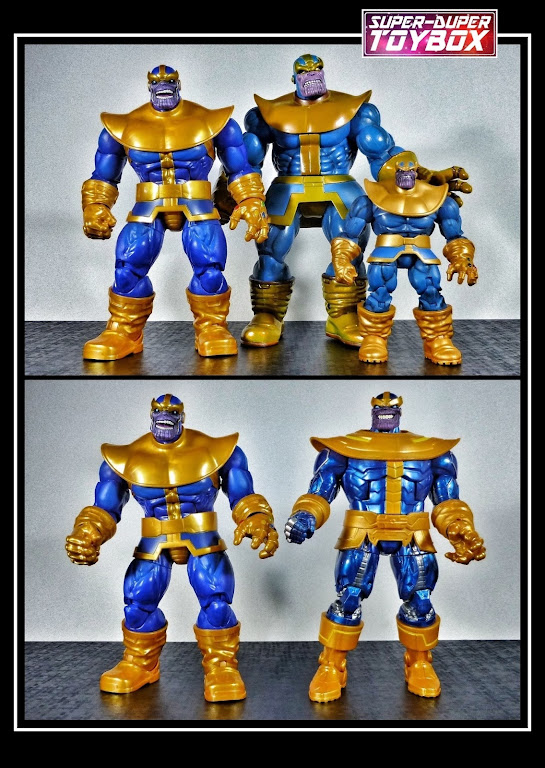 Below. Thanos with a few other larger Marvel Legends: Thing, Venompool, Beast and Hulk... 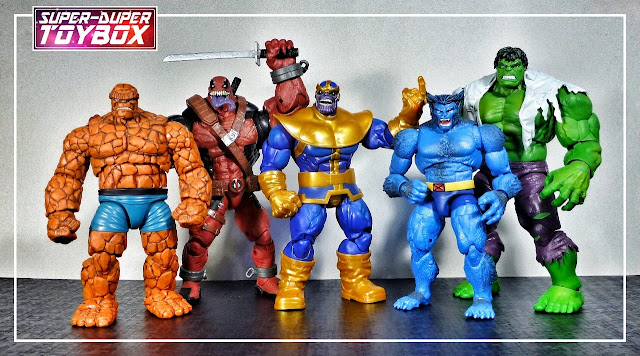 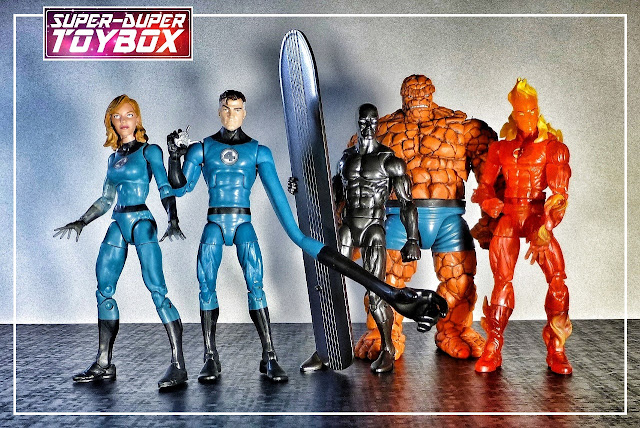 While I have the regular Marvel Legends Silver Surfer still  boxed, on ice, and more than one Thanos figure, I like this darker release of the Surfer, and I didn't pay anything for the Infinity Gauntlet Thanos. Both are really nice figures! Recommended! 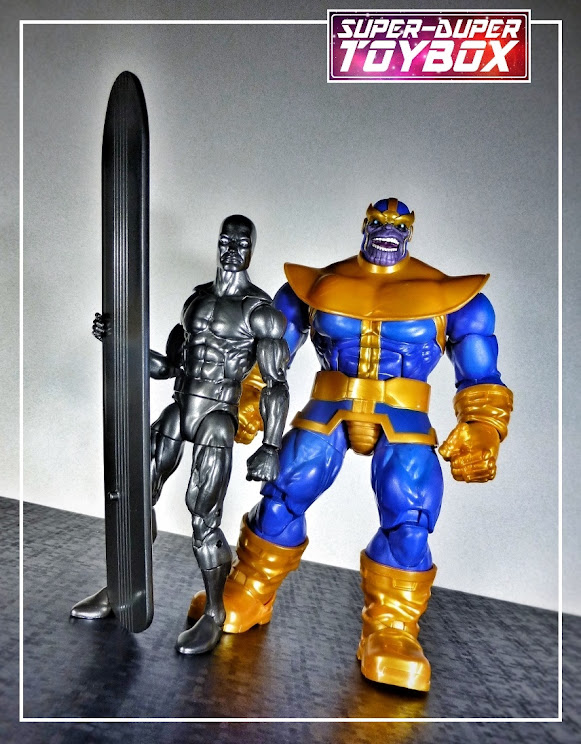