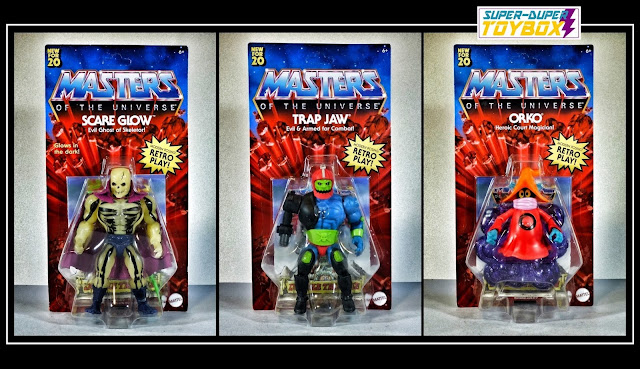 Three more of the MOTU Origins figures I received awhile back from my BBTS preorder were Scare Glow, Trap Jaw, and Orko, from the notoriously "missing" second wave that also included Man-E-Faces. All these characters are present in the included mini comic, "Double Trouble", detailing Skeletor's ruse to steal the Cordite Crystal from Castle Grayskull's cache of magic artifacts, disguised as Orko! 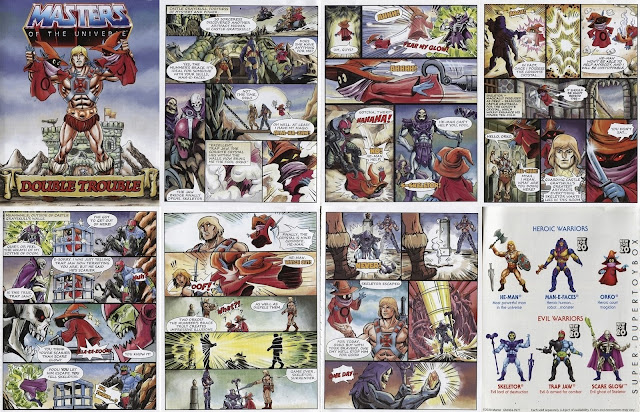 Like most collectors, I was excited to finally receive Scare Glow, the originally 1987 version released long after I'd moved on from Masters of the Universe, into adolescence. Regardless of the debate surrounding this character being the actual ghost of Skeletor, or a spirit conjured to terrorize the inhabitants of Eternia, I'm mad for everything about this figure, including the fabric-textured cape and signature glow-in-the-dark feature. Awesome! 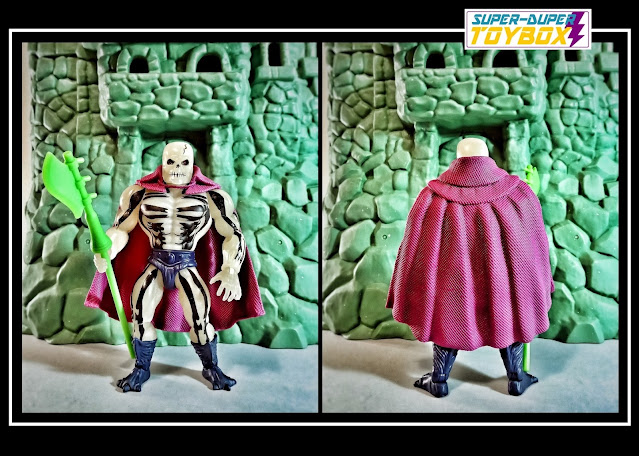 Below, Scare Glow with my MOTU Origins Alfredo Alcala Skeletor from the Rise of Evil 2-pack. It took some time and patience to have these figures, due to Mattel's distribution woes, but I love the design of these two characters. 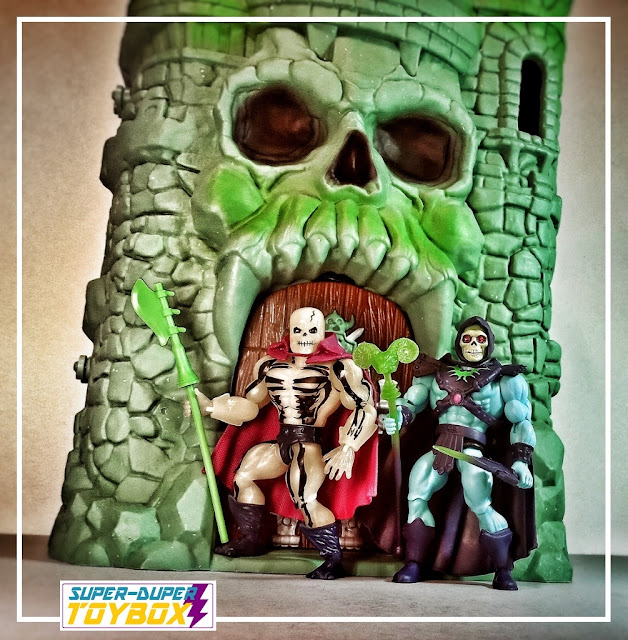 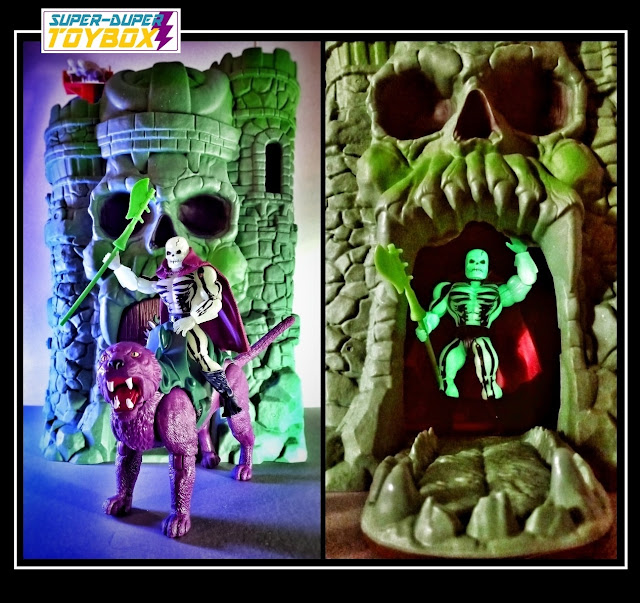 Another MOTU figure I did not have as a kid in the '80s was Trap Jaw, released in 1983, featuring interchangeable arm weapons, and an articulated jaw. Like all the MOTU Origins figures, Mattel recaptured this colorful evil warrior, faithful henchman of Skeletor! 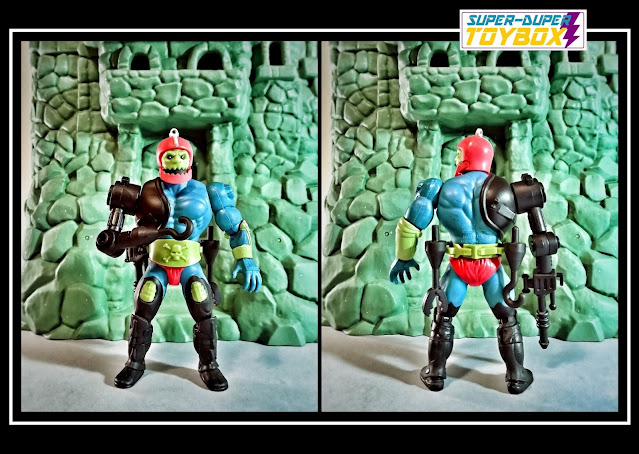 Below, Trap Jaw with my MOTU Origins Rise of Evil 2-pack Kronis- his retconned alter-ego before being disfigured in an attempt to overpower Skeletor. I found Kronis to be initially underwhelming, but far more interesting beside this new Trap Jaw... 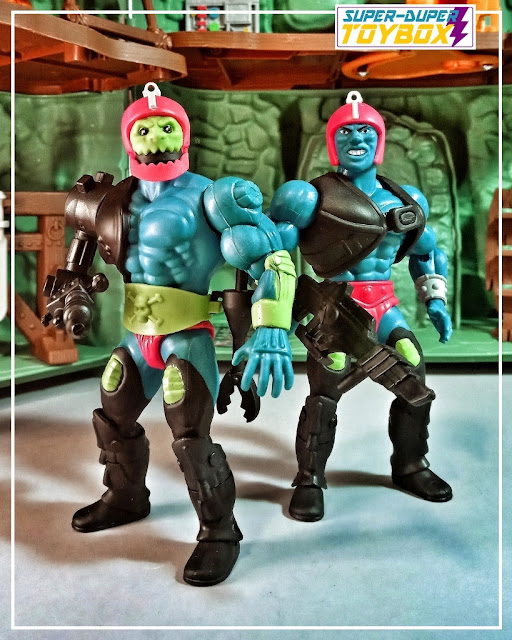 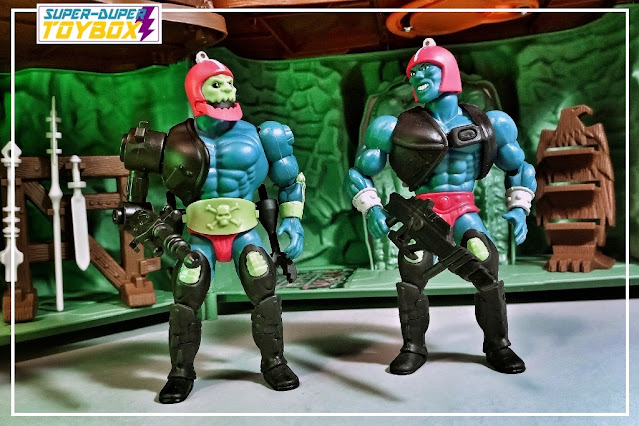 MI was just beyond my interest in MOTU when the premiere for Filmation's He-Man and the Masters of the Universe dropped in September of '83, but my appreciation of the character has warmed with age. Like Scare Glow and Trap Jaw, I did not have the original Mattel figure, which featured a rip cord to send the wheeled figure spinning. I prefer this updated figure with his articulated, floating base... 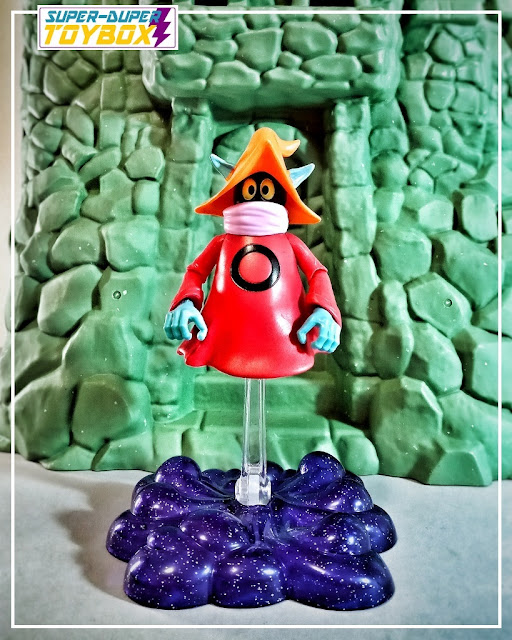 Below, Prince Adam introduces Orko to the Sorceress in Castle Grayskull's throne room... a little known fact: Orko was first conceptualized as "Gorpo", later changed by Filmation to Orko, the O on his chest enabling animators to flip the cells, saving time and money. 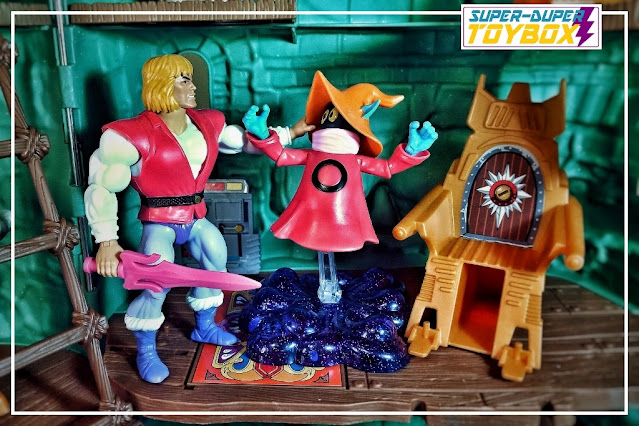 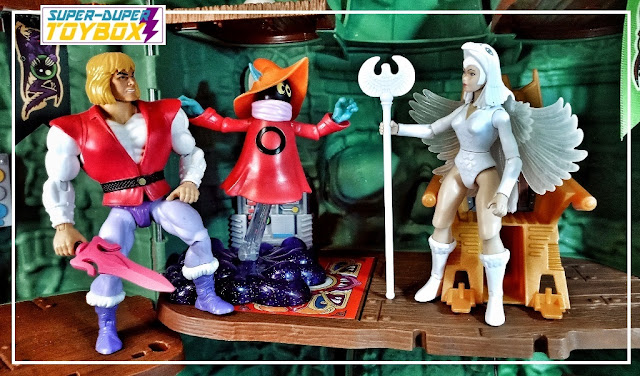 These are three great additions to my MOTU Origins collection! Be sure to check out the Battle Ram Blog to see more about Mattel's original Masters of the Universe line from the '80s! 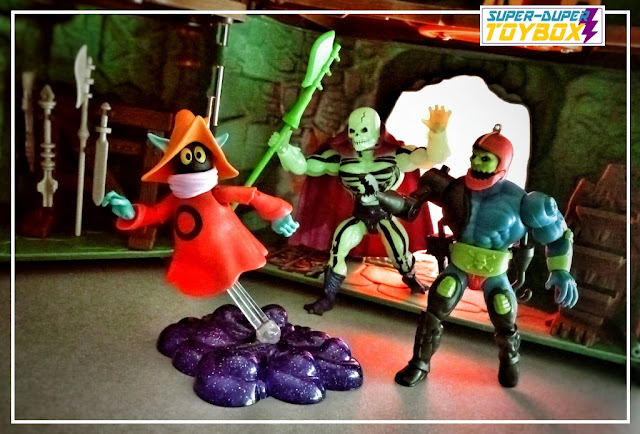