Masters of the WWE Mr. T 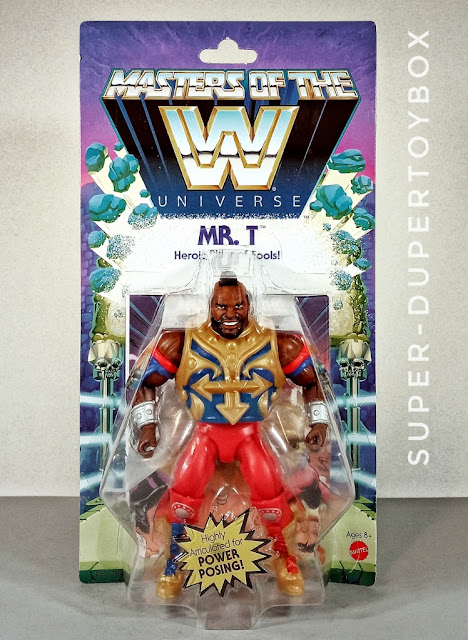 I don't normally contribute to the economy of eBay action figure scalpers, but the distribution of both the MOTU Origins and Masters of the WWE action figure lines have been hit or miss, often a miss regarding the latter. As the months wore on, I came to terms with having seen very little of the wave Mr. T was part of, and bit the bullet. A child of the '70s and '80s, Mr. T was certainly part of the pop culture kool-aid I was drinking, and the figure I wanted most from this line. 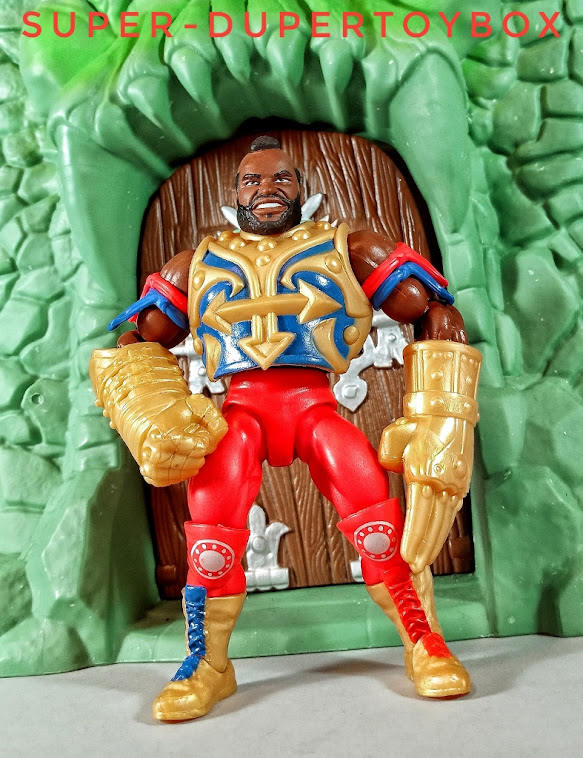 Mr. T gets both the fisted gauntlet that the MOTU Origins Fisto includes, as well as a chopping guantlet the the recently solicited Jitsu will likely come with. I love the interchangeability of parts between these lines- smart toy designing that adds a lot of play value!

Like other figures in this line, Mr. T's armor can be removed, more or less changing him to a more straight-up wrestling figure. I love his colorful outfit, and the head sculpt is perfection! 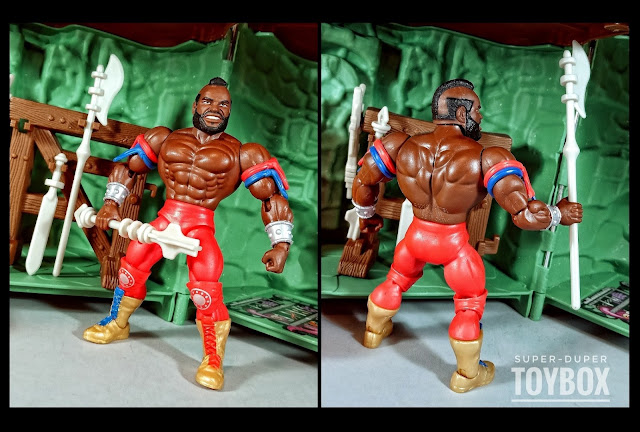 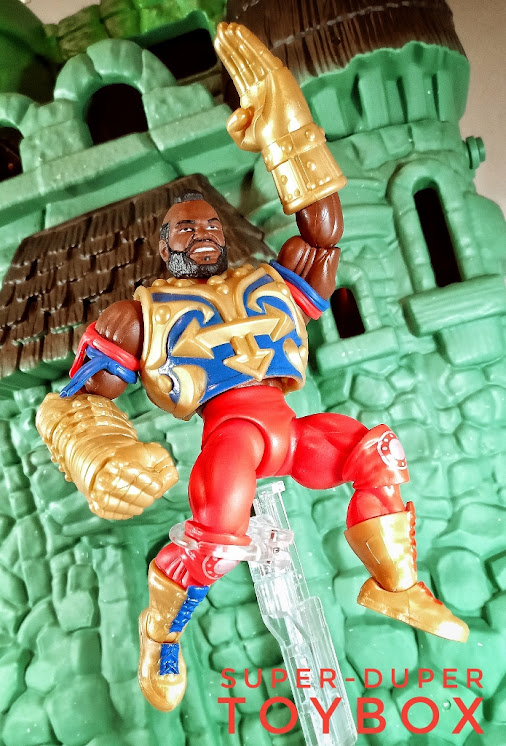 I did manage to find my Masters of the WWE Jake the Snake on the pegs months ago, wave mate to Mr. T, and another favorite from this unexpectedly fun action figure line. See my recent post on the Masters of the WWE Kane and MOTU Origins Castle Grayskull as well! 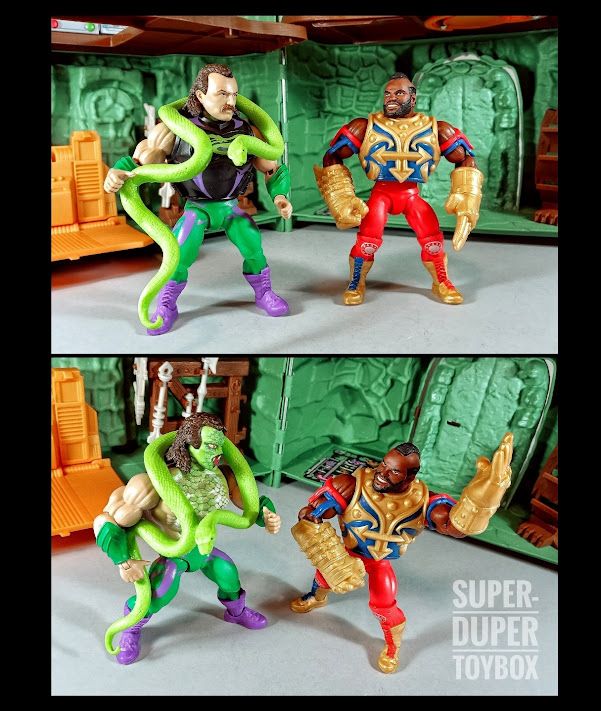 My Masters of the WWE Roman Reigns shares the same fisted gauntlet as Mr. T... 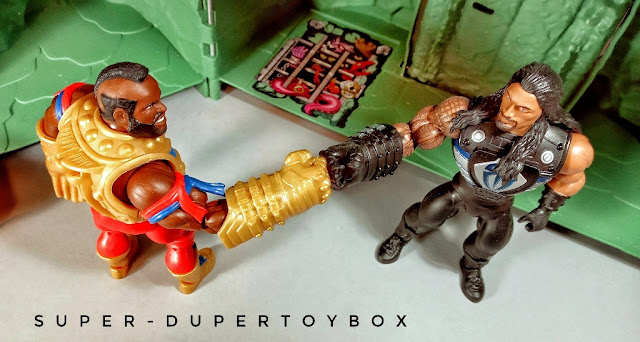 Below, Mr. T mounts Battle Cat with my MOTU Origins Deluxe Battle Armor He-Man.
I love both of these corresponding action figure lines, and have more to share! Recommended! 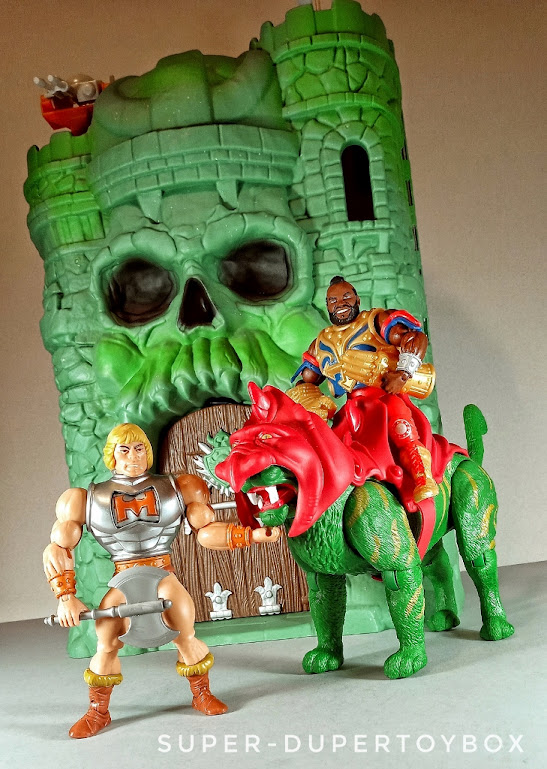