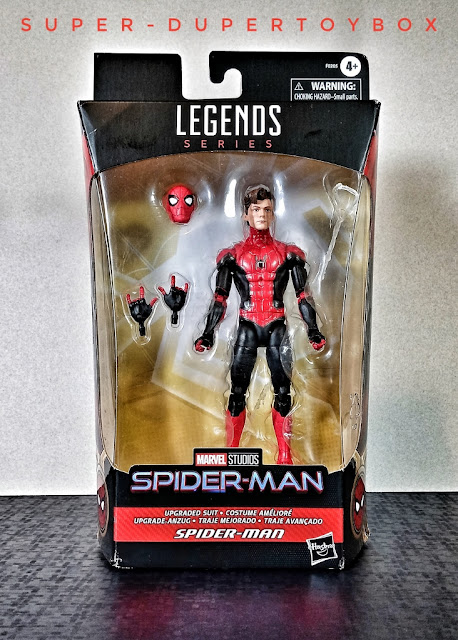 While I've yet to see Spider-Man: Far From Home, I couldn't resist this upgraded suit Spider-Man with actor Tom Holland's head. While the classic blue and red outfit is my jam, Spider-Man in black and red looks good, and there are plenty of classic elements to the outfit. 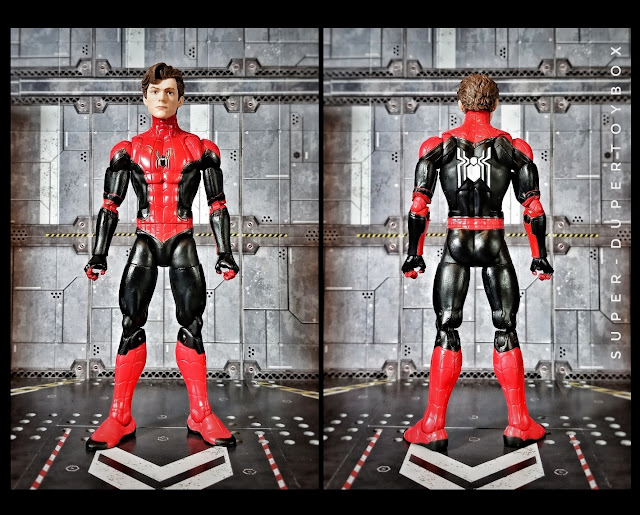 This new Spider-Man shares the same head as the Iron Spider from the Avengers Infinity War 2-pk, a much improved Tom Holland unmasked head update from the Spider-Man Homecoming 2-pk. Like the Iron Spider, this is the second version of the upgraded suit- while it's more screen accurate in many ways, Hasbro unfortunately left out the fantastic fabric texture in the black areas of his outfit. That said, he's a great looking action figure with really good articulation, including butterfly joints at the shoulders. 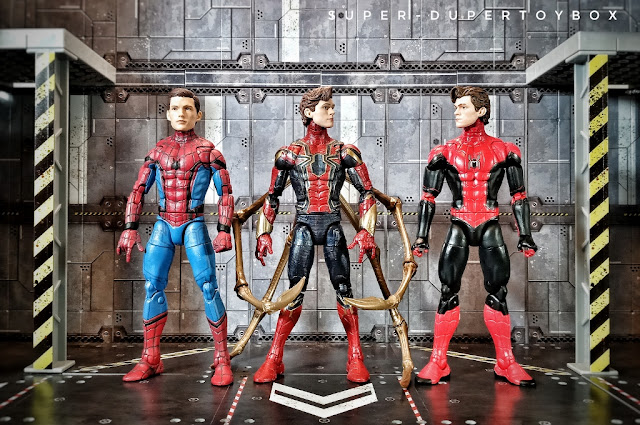 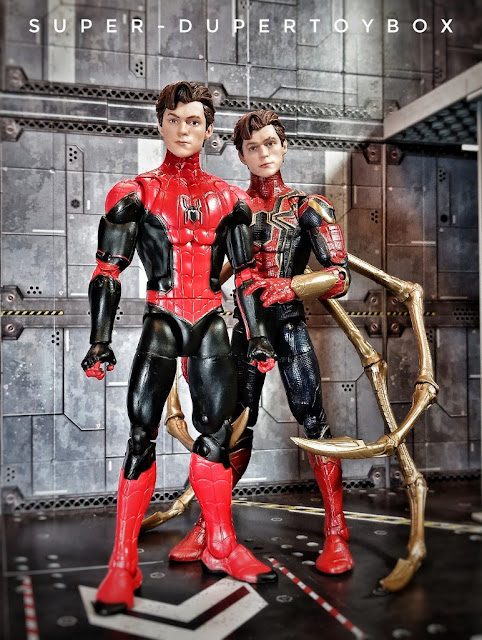 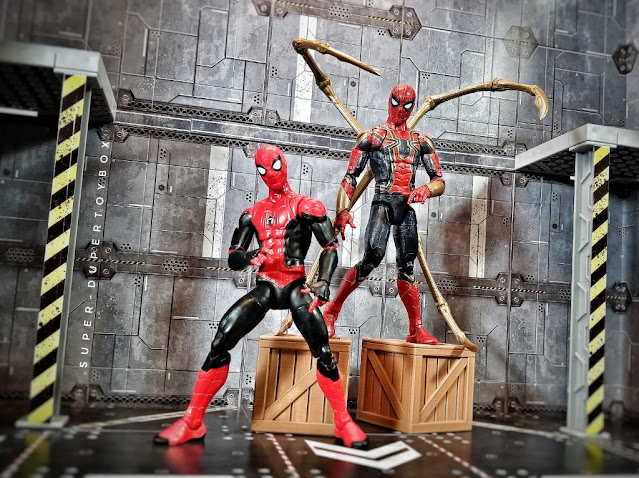 Below, Stan Lee gives advice to Tom Holland on the role of Spider-Man -Excelsior! 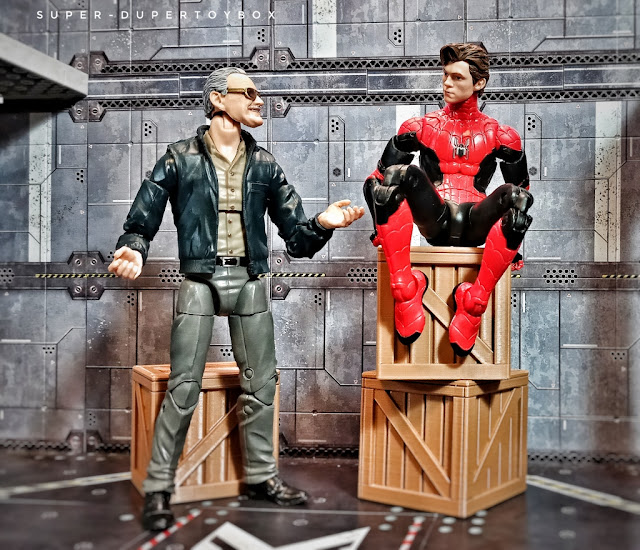 Hasbro really nailed the physique and proportions of this Spider-Man, and I liked the included translucent webline. Some wallcrawling hands would have been nice, but I do like having grip hands to hold that webline... 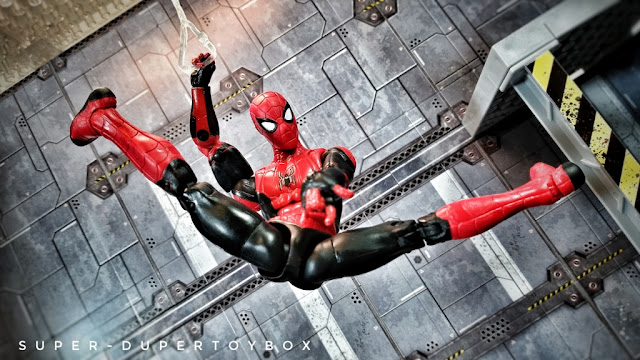 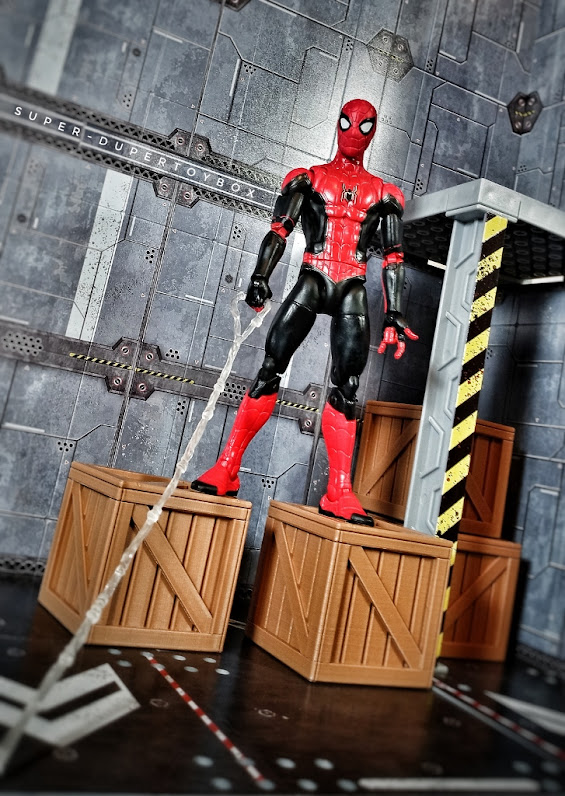 Below, Spider-Man battles another MCU Marvel Legends figure that has been redesigned, my Avengers Endgame Thanos BAF- I picked him up on the secondary market to avoid buying the entire wave, and we've seen at least one more release of him in a 2-pk since... 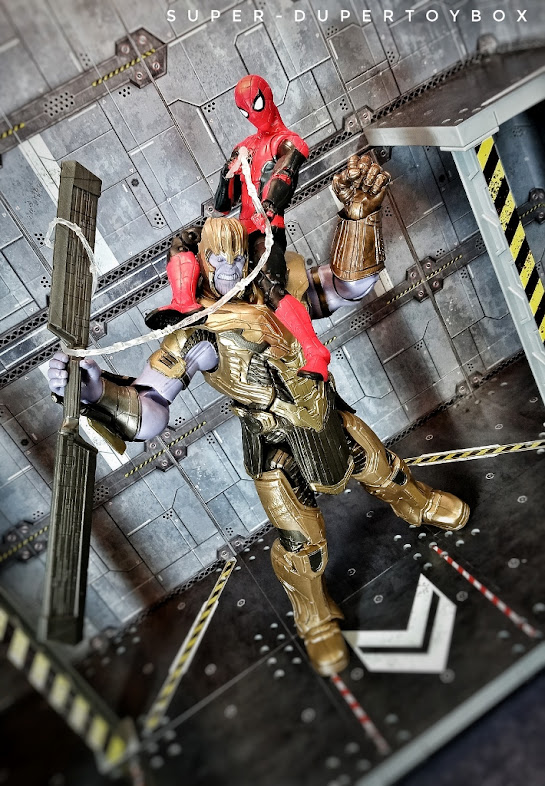 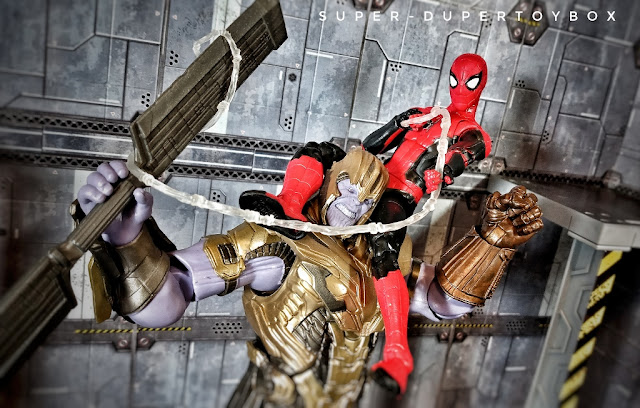 And finally, upgraded Spider-Man with another black and red Spidey, my ToyBiz Marvel Legends 1st Appearance Spider-Man. Released in 2005 as part of the Sentinel BAF wave, this was the Marvel Legends Spider-Man to have, with double-jointed limbs, articulated hands, and webbing. While a lot of collectors bemoan the absence of painted weblines on this new Spider-Man, I feel Marvel Legends have come a long way. 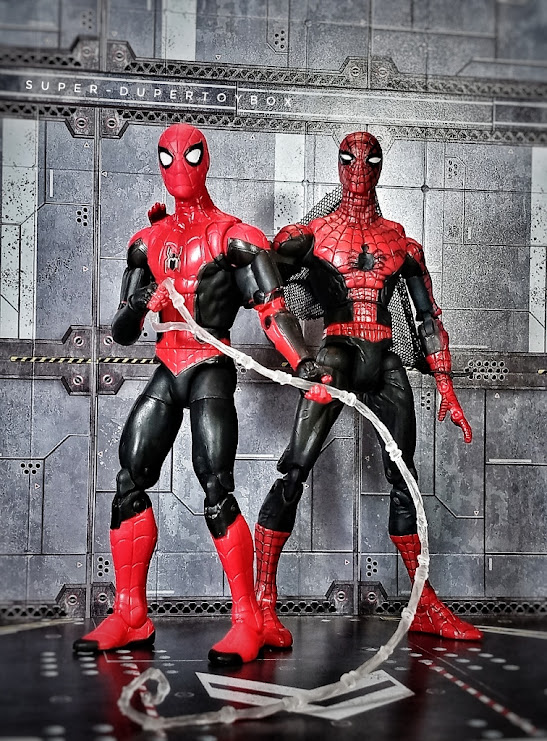