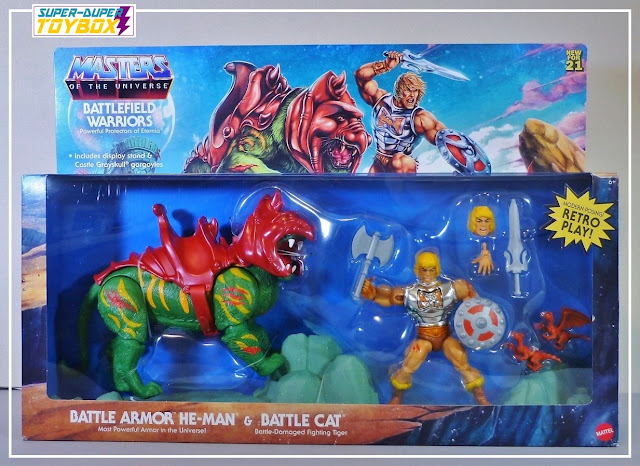 It was a long time looking, but I finally got ahold of the new Target exclusive Battlefield Warriors Battle Armor He-Man and Battle Cat last weekend. Based on the current, plentiful stock of the recent Rise of Evil 2-pk no one could get ahold of initially, I think we'll see more of these in the wild. Regardless, it's a fantastic set  I hope you find soon- check out the video:

While it's mildly annoying having to cough up for what is basically the same figure as the recent Deluxe Battle Armor He-Man, and our second Battle Cat, the vac-metal armor and full power sword are nice upgrades, and I like the slightly more vibrant Battle Cat. We also get a base that matches the new Castle Grayskull with a couple small gargoyles to help build out your MOTU Origins display-  the vehicles in this line have all come with nice flight bases, as well. But the update I like most on this set was the windswept hair/pen mouth on the additional head, modeled after the original He-Man portrait. We got a similar treatment on the Deluxe Battle Armor He-Man, which used the newer character portrait. I may buck the trend among collectors in my approval of the updated He-Man portrait, which could be the reason for the retro He-Man and Skeletor face sculpts showing up more frequently in new releases. 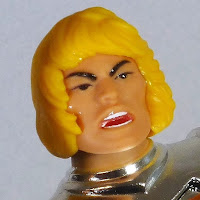 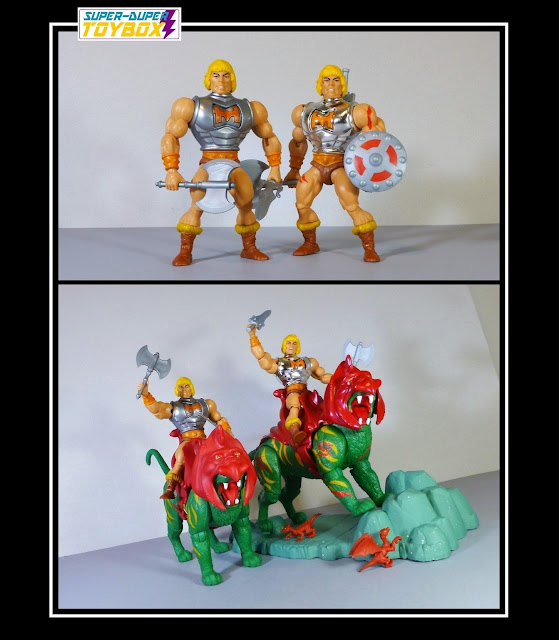 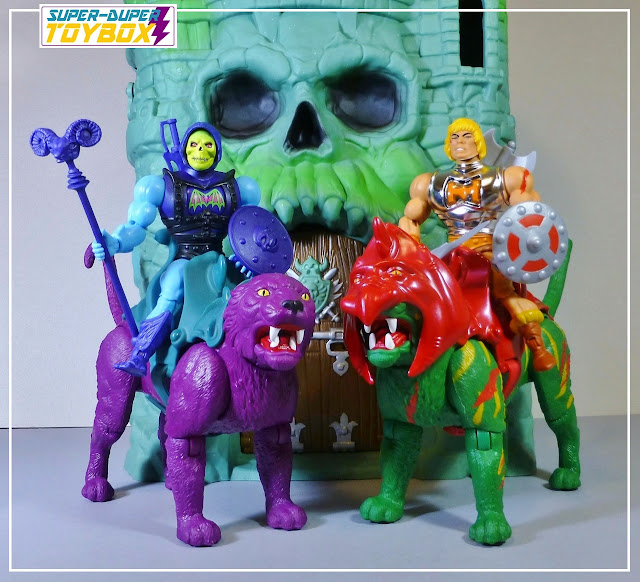 And finally, Battlefield Warriors He-Man & Battle Cat with some of the other Heroic Warriors guarding my MOTU Origins Castle Grayskull: She-Ra, Roboto, and Zodac of Wave 3, Stratos, Ram Man, Teela, Man-at-Arms, and of course, Temple of Darkness Sorceress who lives there... 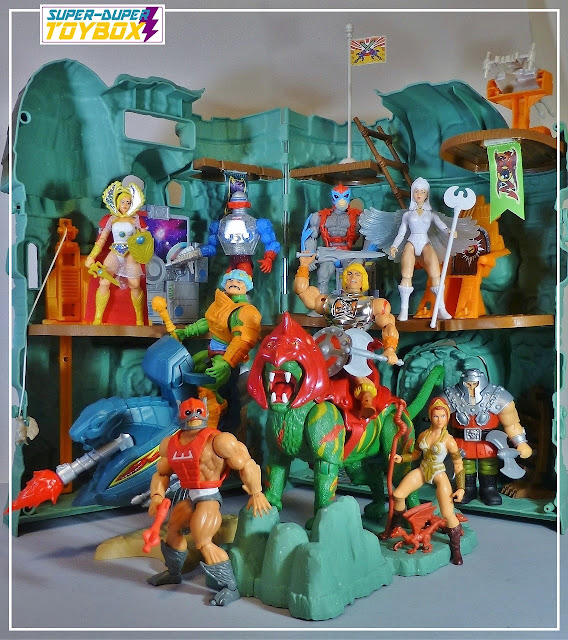