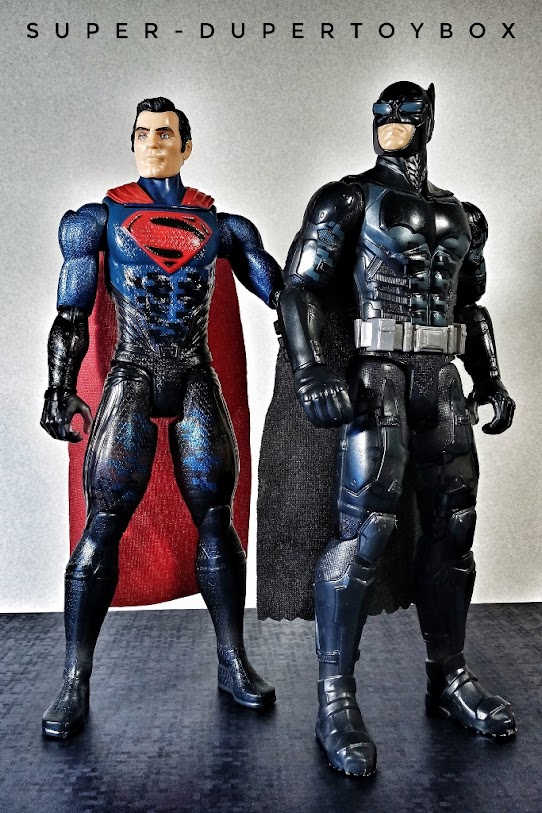 While I liked Batman V Superman okay, I have to confess to having not seen Justice League (2017) to this day. Chalk it up to superhero movie overload or CGI fatigue, I just never got around to it or several of the other DC/Warner movies that followed. I do like a big dumb action figure, however, be it Hasbro Titan Hero Series, 12" DC Spin Master figures, or those 10" ToyBiz  Marvel Universe figures I collect. These Mattel Justice League figures would have cost around ten bucks when they appeared at retail in late 2017- a great value for a large, durable figure of the type that has become a toy aisle staple the last many years. 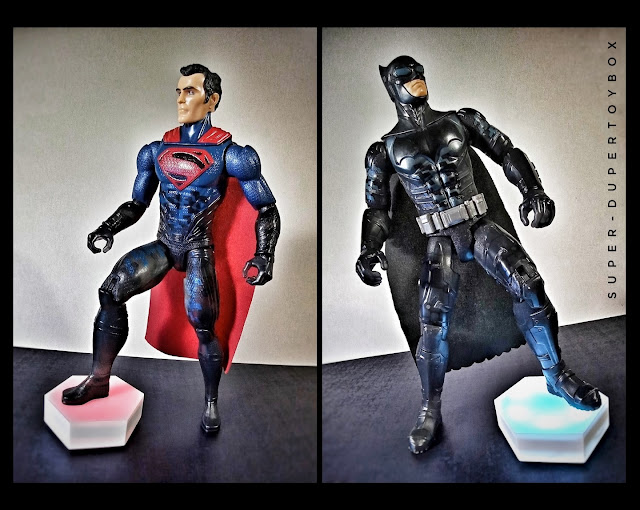 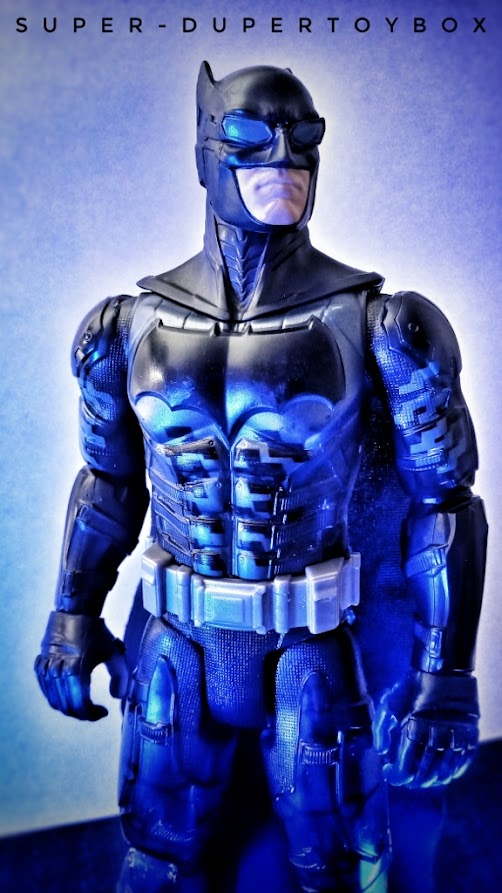 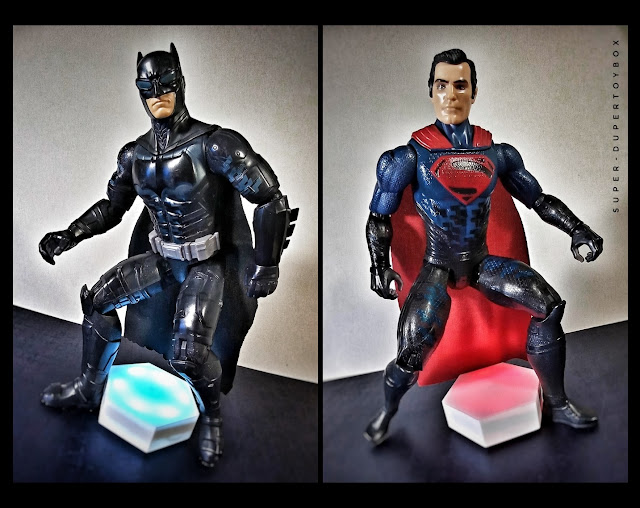 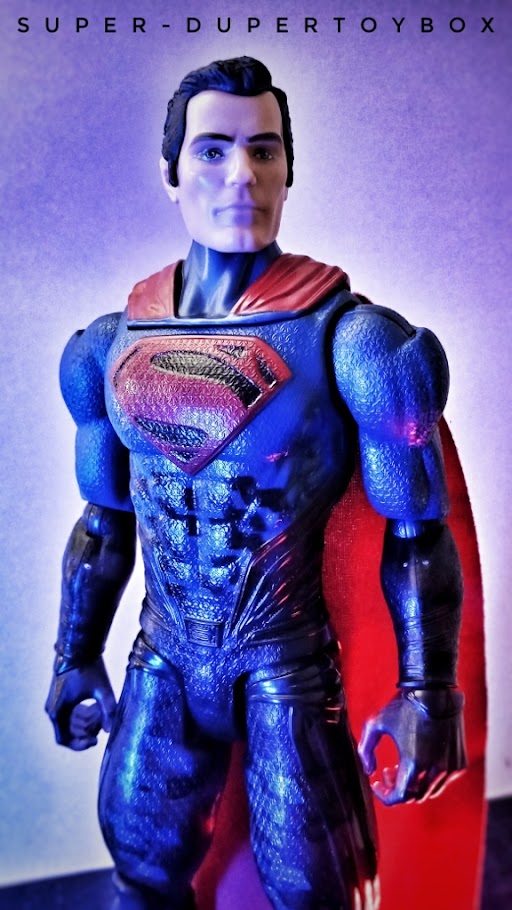 While I'm unsure how or who operated in "stealth mode" in the movie, it seems more like a mode Batman would utilize. A Stealth Flash was also released by Mattel, but I'm not aware of other characters getting the same treatment. Regardless, I just liked the variant look on Superman with his black and red chest insignia, and thought they made a great looking pair. These don't actually measure in at 12", but closer to 11.5", in spite of the manufacturer's claim. I lump these under "1:6 Scale" in my post labels for the sake of organization, as I do with the DC Direct 13" figures I collect. 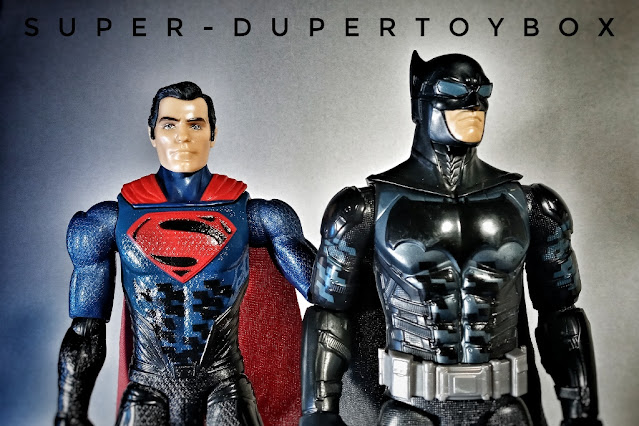 Aside from modern styling, great sculpts, and 11 points of articulation, the translucent smoke plastic for the figure bodies interested me. This is pretty subtle in normal lighting conditions, and I almost wish the plastic was a little lighter/clearer. Regardless, I like clear/translucent plastic in toys, and was delighted when I realized this to be the case- it just makes them way more interesting and fun.

The obvious comparison for the Stealth Batman would be the Spin Master Metal Tech and Bat Tech Batman figures I posted about just this past December. I was very surprised when Mattel lost the licensing for the DC "boys toys" category to Spin Master in 2020. I prefer the cloth cape on the Mattel Batman to the papery vinyl capes Spin Master used, but Spin Master has made some fun toys the last couple years. 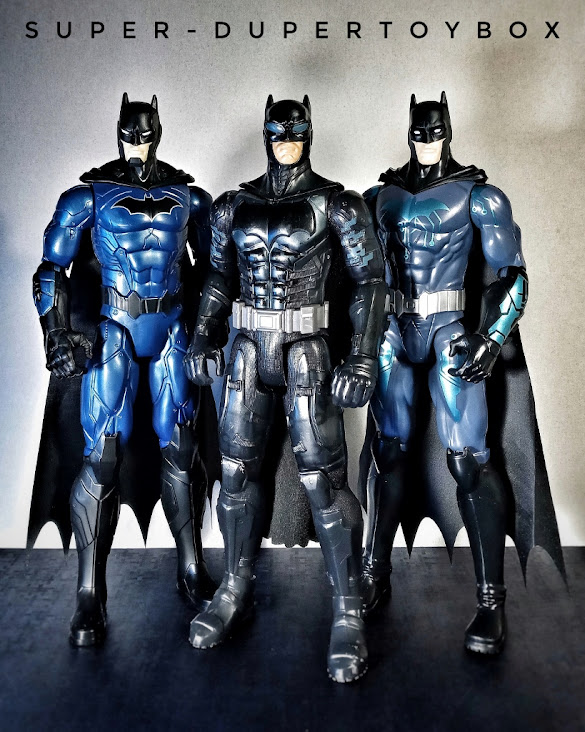 Below, Justice League Stealth Superman with my Hot Toys Man of Steel Superman and Mattel New 52 Superman I picked up in 2015- both opposite ends of the spectrum among action figures. The Mattel New 52 Superman figure is about the same class as the Stealth Superman but didn't have the knee articulation nor sculpt detail the latter got. Movie-based figures usually get a level of detail above general "evergreen" releases. I still love that Hot Toys Man of Steel Superman here 8 years later, one of the most beautiful action figures in my collection. Being true 1:6 scale, you can see he towers over the Mattel figures... 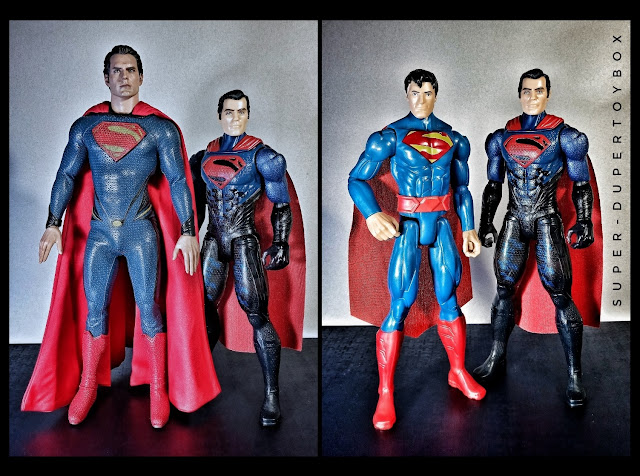 I have bought and sold off several of this class of action figure in the past, and they have maintained an evolving presence in my collection since starting this blog in 2010. I would have loved these as a kid- big durable action figures with serviceable articulation and lots of bang for the buck. They are toys, and don't try to be much else beyond that, but I appreciate them as variants among the other Batman and Superman figures in my collection. 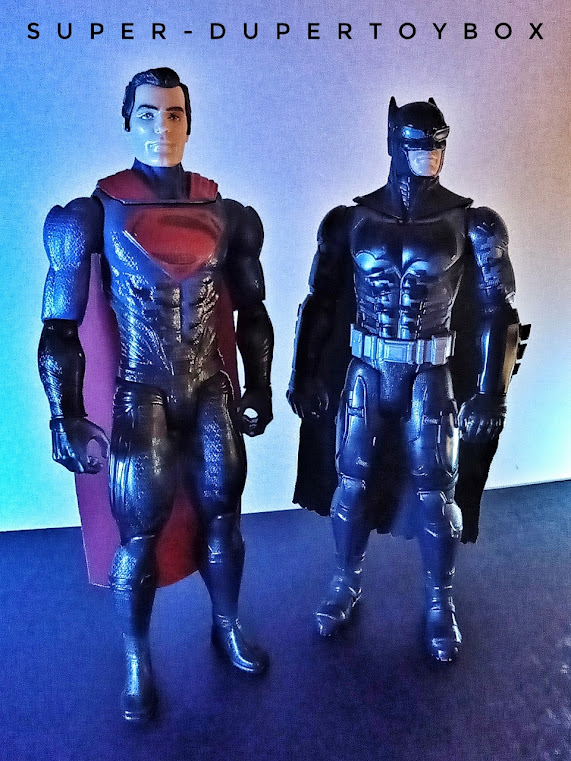