Spin Master 12in. The Batman 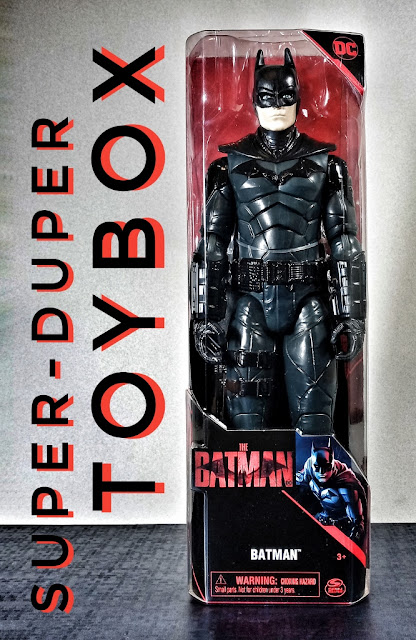 I found one of these at a local Target, tucked behind some other action figures, just a day or so after a YouTuber posted a video about it. The long-awaited movie The Batman, starring Robert Pattinson, is finally coming out, and Spin Master is dropping their offerings heralding its arrival in theatres this March. Retailing at ten bucks, this large, serviceably articulated figure is targeted at younger boys, but has a decent sculpt with lots of detail. I had just recently picked up a couple Spin Master Batman figures of this class that I like quite a bit- unfortunately this Batman has the same papery vinyl cape those had, but it's not a dealbreaker. I liked Mattel putting a soft goods cape on their 12" figures before Spin Master secured the licensing of this class of "boy's toys", though the vinyl capes may actually be more durable/resistant to water. 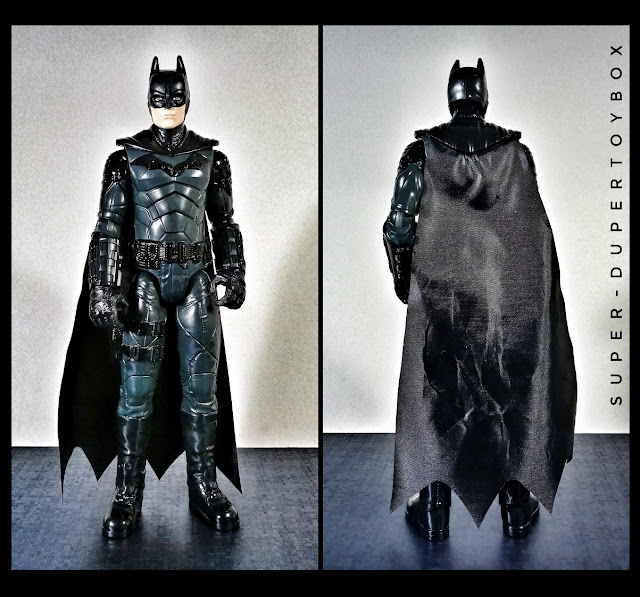 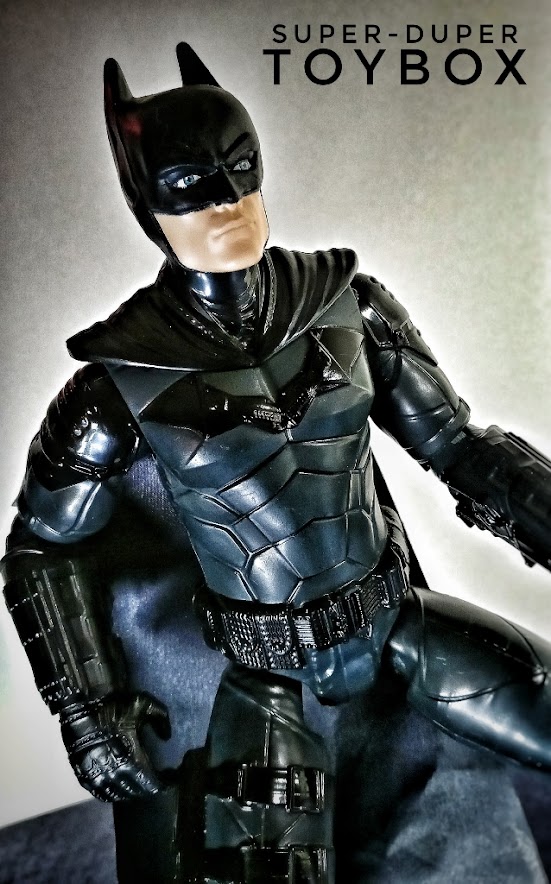 I will say the 12" DC figures of this class, produced both by Spin Master and Mattel before them, have better articulation than the Hasbro Marvel Titan figures. A swivel at the boot top and waist could have made a big difference, but these are made for young kids, price point being a major consideration.  Regardless, I was able to get a few poses out of mine... 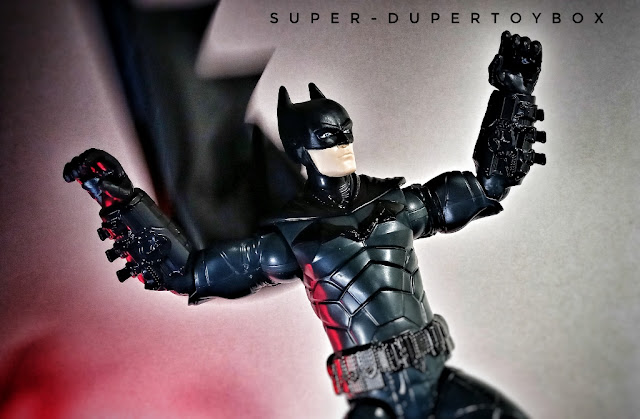 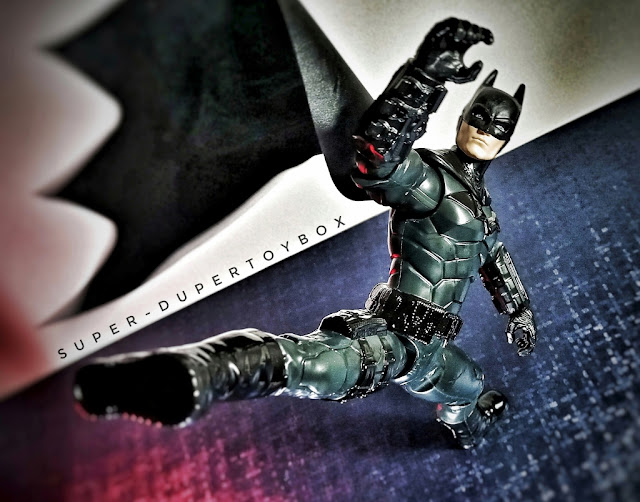 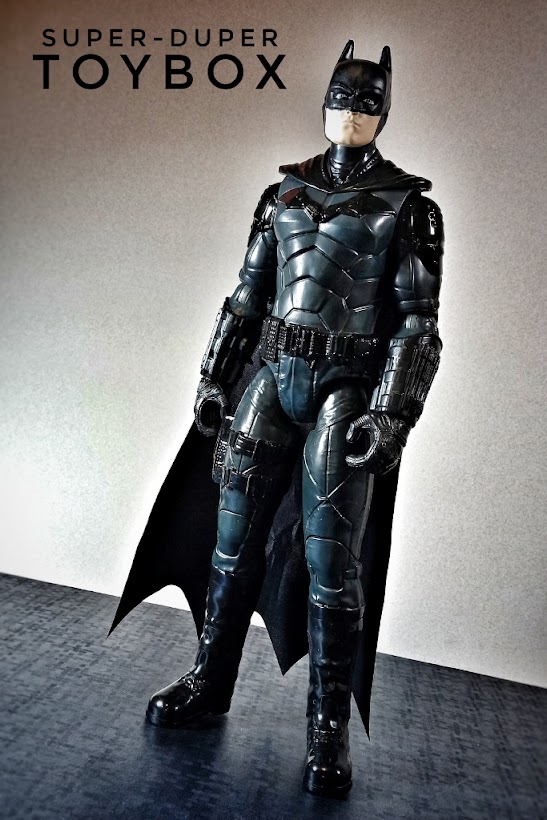 Below, The Batman with my Spin Master Metal Tech and Bat Tech Batman, and Mattel's Justice League Stealth Batman. While The Batman fits in good with the others, the details in his sculpt, his body proportions, and blue eyes give him a little more realism. Even a single accessory- a grapple with a cord or batarang, could have made this more fun, but a lot of these larger DC figures don't include anything. It seems the other Spin Master Bat Tech figures had better paint around the cowl, but your experience may vary. 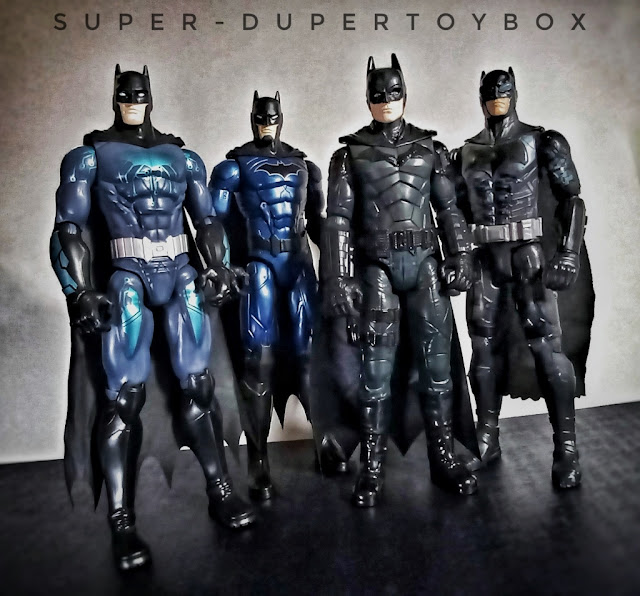