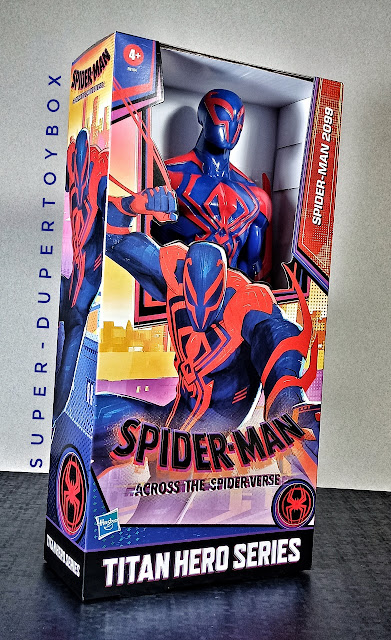 There are some characters I am drawn to that I will often pick up various toy incarnations of, such as Moon Knight, Vision, Martian Manhunter, or as in this case, Spider-Man 2099. Based on the delayed sequel to Spider-Man: Into the Spiderverse, this Across the Spiderverse Titan Hero Series figure is a little different than the original character design, but close enough to hit all the notes I like visually. Hasbro did make a cheaper, simpler Spider-Man 2099 in this series two or three years ago, but it didn't have the incised sculpt on the chest insignia and mask like this new Spiderverse version. This figure surprised me arriving on shelves ten months before we expect to see the summer 2023 film- I'm curious what other product we'll see ramping up to its theatrical release. 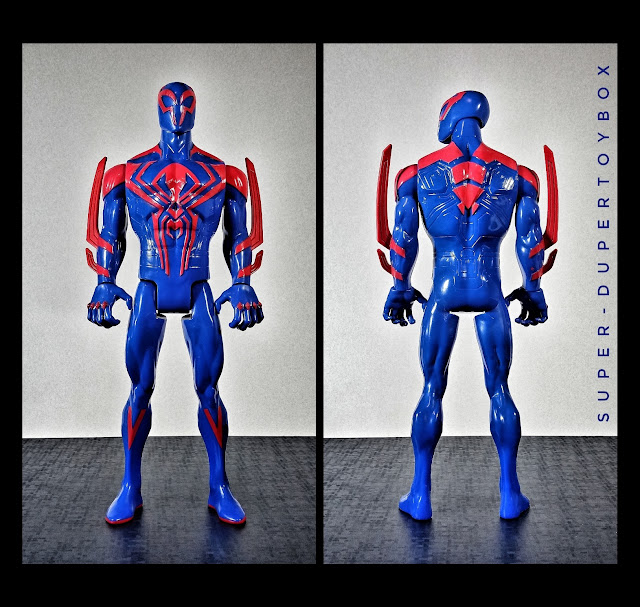 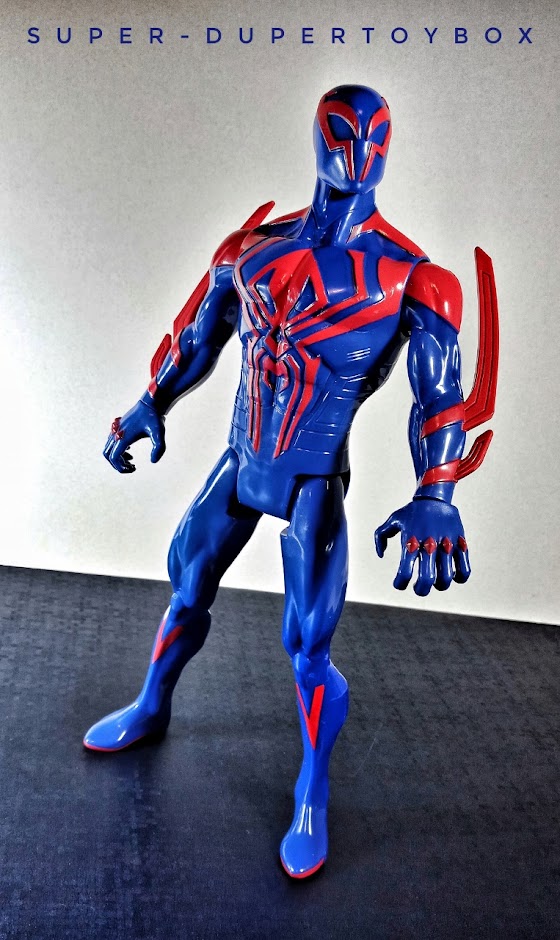 The DC Comics figures produced first by Mattel, now Spin Master in this scale, have better articulation than these Hasbro figures, but the ones I have owned had good sculpts. I call this class of figure the "Big Dumb Toy"- meant for the kids to play with, but some adult character fans may latch onto as well. 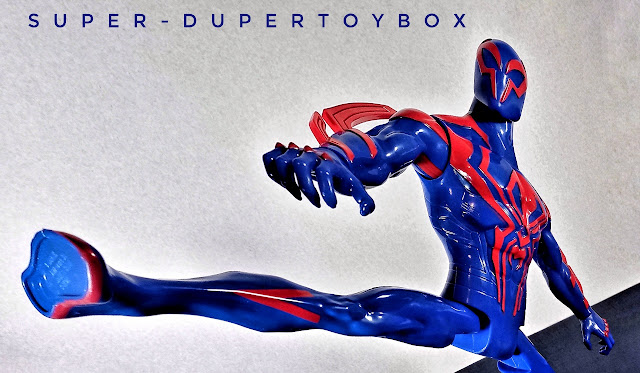 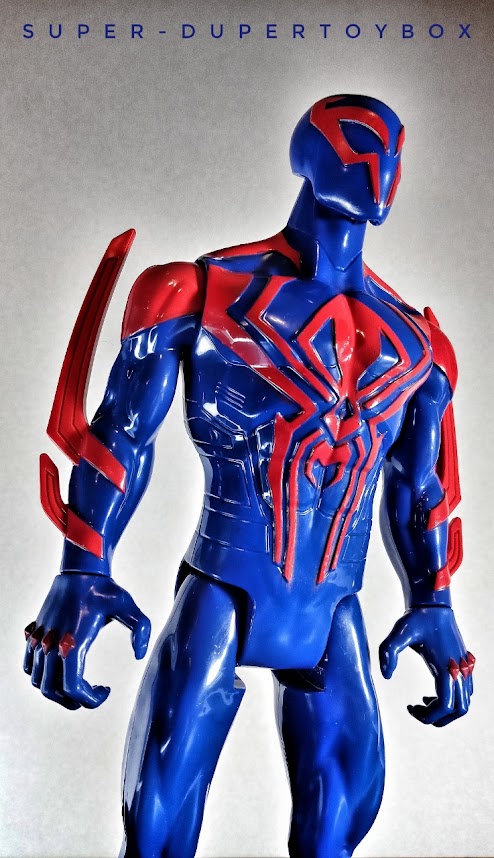 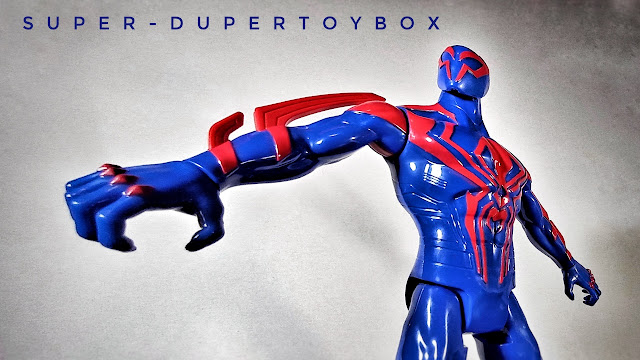 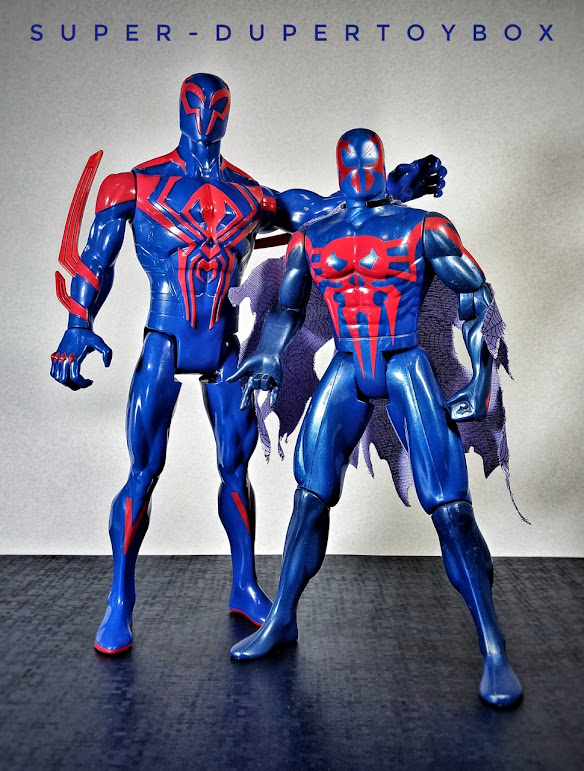 My first exposure to the Spider-Man 2099 was 11 years ago reading the Spider-Man 2099, Vol. 1 trade paperback as an adult, having missed its debut in the '90s. And though I may not have the nostalgic attachment that kids 5 - 10 years younger than I, it does evoke that excitement I felt rediscovering comics & action figures as an adult. 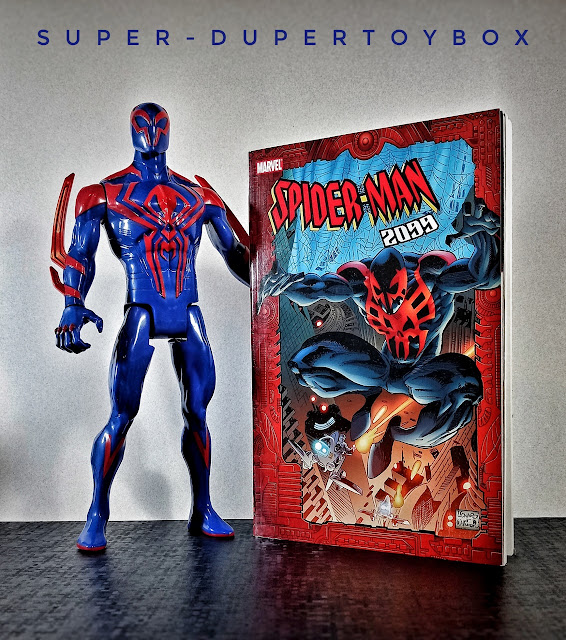