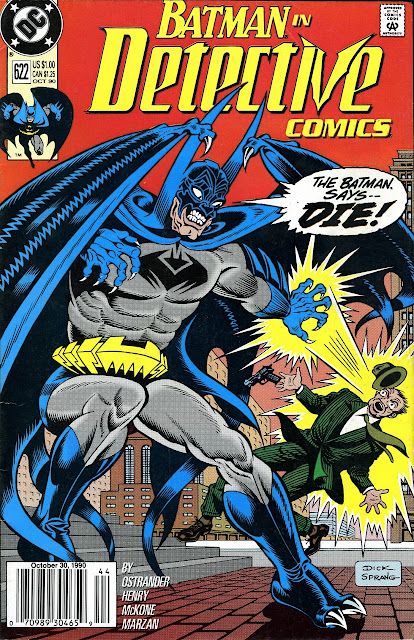 Another great find in the dollar bins last weekend, just in time for the Halloween season, Detective Comics #622. Golden-Age Batman artist Dick Sprang would have been seventy-four when he produced the cover for this and the subsequent two issues of Detective, in a three-issue story arc, just ten years before his death. The interior of this book isn't what I'm usually looking for, but they worked hard on the art. The styles employed are not the DC house style employed in the '70s and '80s by artists like Neal Adams and Jim Aparo- the guard was changing, and new art styles were coming onto the scene. This issue is the first of a three-issue arc, featuring a "comic within a comic", written by one of the supporting characters, comic book writer/artist Fred Lasker. 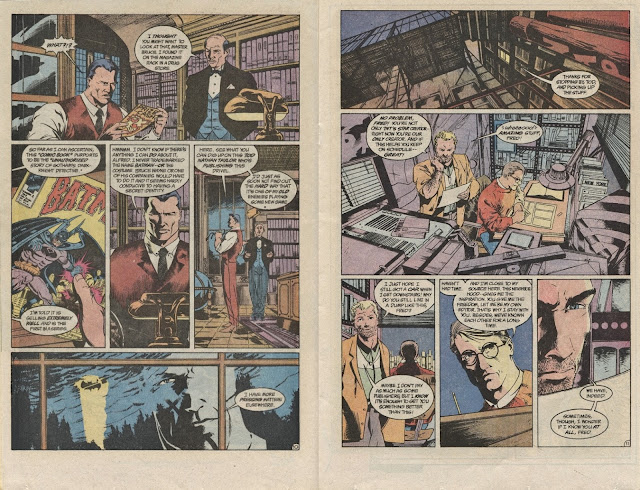 The fictious Batman Fred Lasker has been writing about/drawing in TNT Comics is a Simon Petrarch, a mercenary who sold his soul, transformed by Lucifer into a demonic creature of the night. The comic book art sequences in this book were drawn by Flint Henry, while artists Mike McKone and Jose Marzan, Jr. draw the rest of the issue interior. 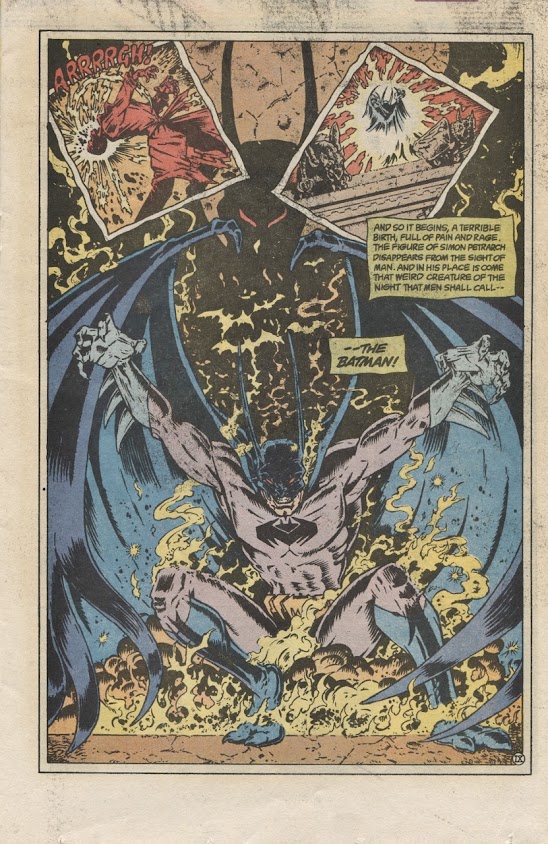 Police Commissioner Gordon summons Batman to the scene of a grisly murder, attributed in blood to the Dark Knight Detective himself! When the press shows up to question Gordon and Batman, he quickly realizes the implication of his monstrous characterization in Lasker's comic book, juxtaposed with the mysterious murder scene... 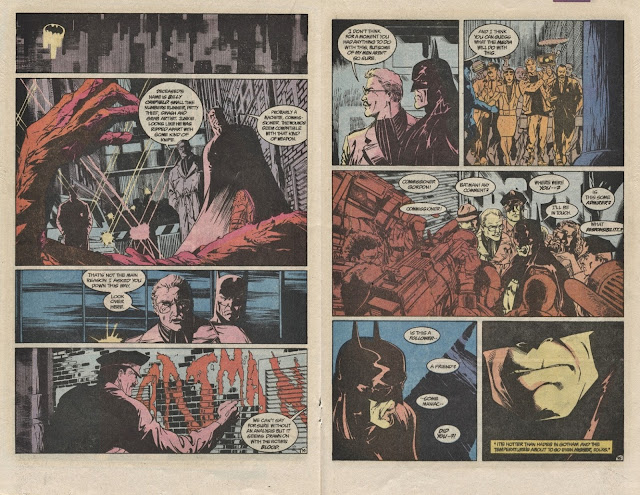 Host of a local radio show "Dead of Night", Jack Hemp, takes a call from someone claiming to be the Batman of author Fred Lasker's unauthorized biographical comic. The caller shares details of a recent murder he is trying to pin on the real Batman, telling Hemp to read all about him in the current issue hitting newsstands. 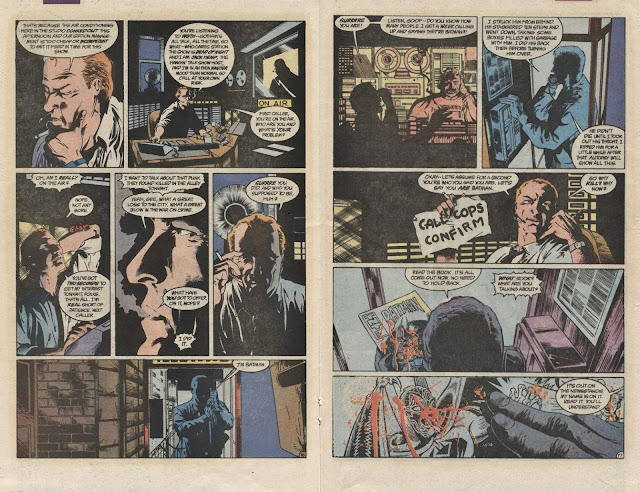 Batman catches wind on the street that Fred Lasker's comic book lore has taken root in the public eye, deciding to pay the author a visit to get to the bottom of what's going on in issue #623! Both issues #623 and #624 also feature Dick Sprang covers, and reveal who is behind the murders being pinned onto Batman! Maybe we'll catch up with those later- read more comics! 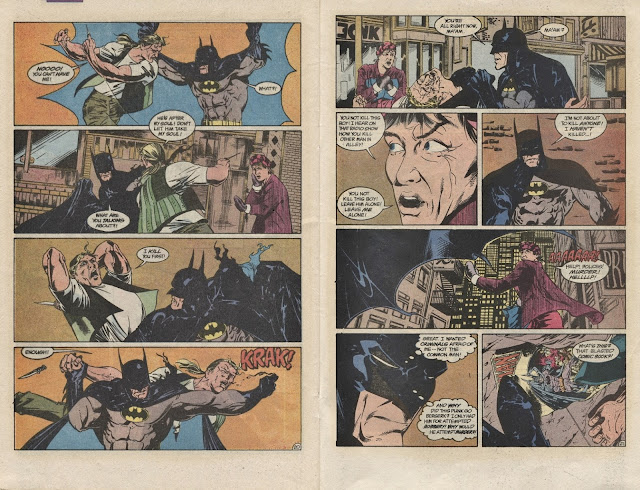