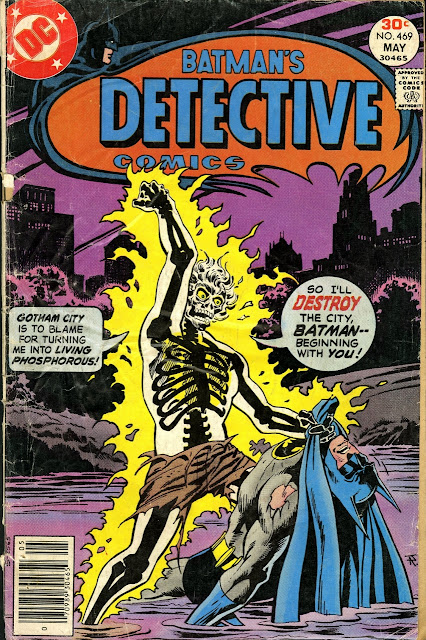 Jim Aparo drew the striking cover for this issue of Detective Comics, but Walt Simonson penciled the interior story written by Steve Englehart. This is the first appearance of Dr. Phosphorus, created by Simonson and Englehart, and when I saw this well-worn copy in the dollar bins, I knew this terrifying villain would be perfect for an October post! I didn't have this issue as a kid, my interest in comics not having developed quite yet, 1978 likely the year of some of my first spinner rack acquisitions. In that year The Incredible Hulk debuted on CBS, and Superman came to the silver screen, and I was hooked on superhero comics for life! 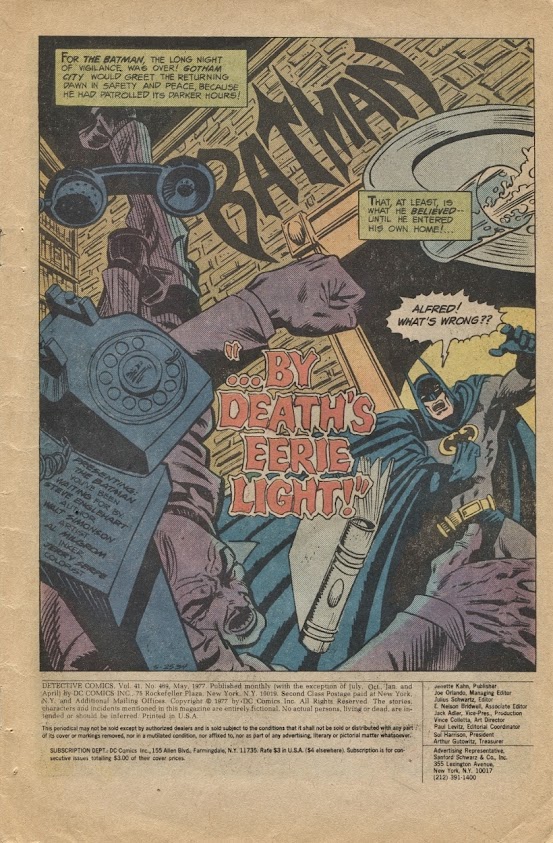 "...By Death's Eerie Light" begins with Bruce Wayne's trusted butler, Alfred Pennyworth, collapsing upon the Dark Knight's return from patrol of Gotham City. After rushing Pennyworth to the hospital, Batman discovers the reason for the mysterious delay in ambulance service- the city's water supply has been poisoned by Dr. Alexander Sartorius, aka Dr. Phosphorus! Batman confronts Dr. Phosphorus at Gotham City Reservoir, where the villain reveals his plan, attacking the Caped Crusader! 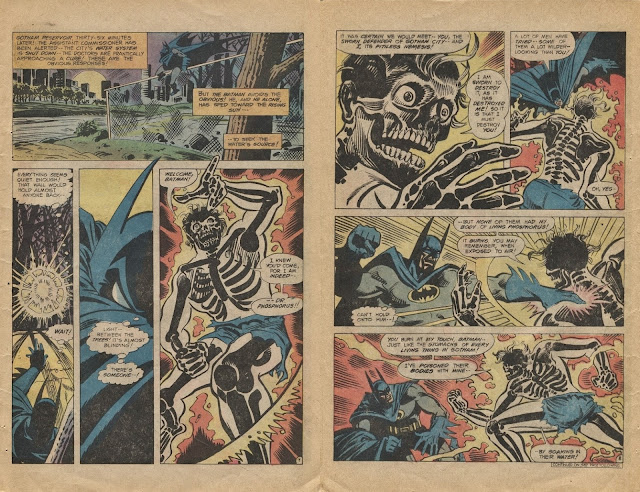 After a knockdown drag out brawl, Batman emerges from Gotham Reservoir, having barely escaped Dr. Phosphorus' deadly touch, rendered harmless by water. The villain retreats, vowing to return and savor killing Batman later. The rest of this issue sees Dr. Phosphorus assaulting his former colleague, Dr. Bell, threatening his and the lives of city council if they don't get rid of the Batman. Throughout his tirade on the frightened scientist, Dr. Phosphorus retells the origin of his cursed state... 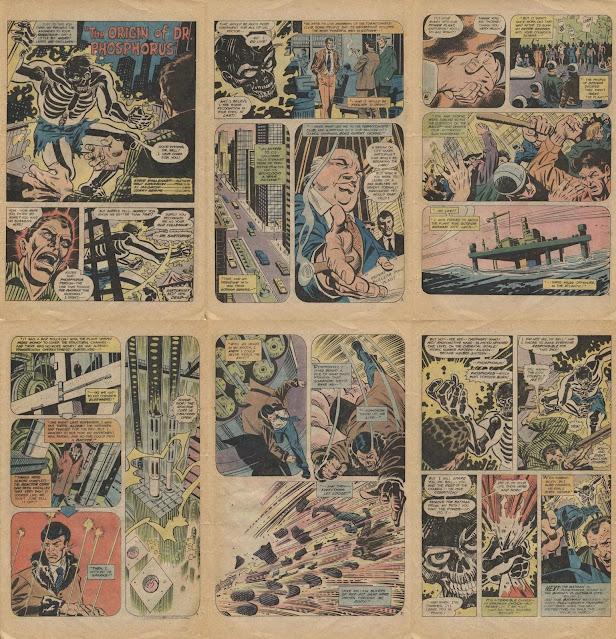 If you want to see what happens to the poisoned Alfred Pennyworth and Police Commissioner Jim Gordon, or the final confrontation between Dr. Phosphorus and Batman, you'd have to hunt down Detective #470! The great Jim Aparo returns to draw that cover as well, Walt Simonson confidently delivering that DC house style on the inner pages several years before his career defining work writing/drawing Thor in the mid '80s. Special mention goes out to inker Al Milgrom, whose work I like as well. As a Bronze-Age kid, I love this era of comics for the work of artists like these guys and so many more- what a great time to be a kid!