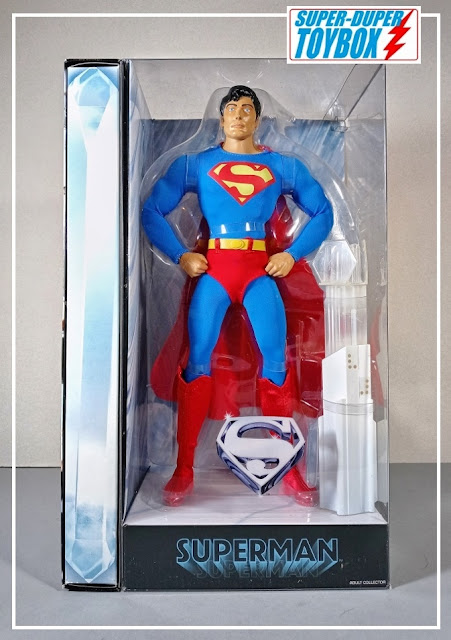 I had, then eventually sold off this 1:6 scale Mattel Movie Masters Christopher Reeve Superman, and General Zod, regretting it some years later. I finally caught up with one at a semi-reasonable price, but more than the sixty bucks I paid in 2010, and vowed to open and enjoy this one. Check out the video:

There was a lot of backlash regarding the Christopher Reeve portrait on this figure, and while it's fair that the sheen of the plastic is off-putting from some angles, the sculpt isn't that terrible for a $60.00 figure- for all the accessories, the soft goods outfit, deluxe packaging, it's a decent value. He looks a lot more like a toy than a deluxe 1:6 scale figure like the Hot Toys 1978 Superman, but he was a fraction of the cost. I feel like the portrait is on the same level as the outfit, and while there is a deluxe aspect to the figure, he still feels like a toy- and I like that. 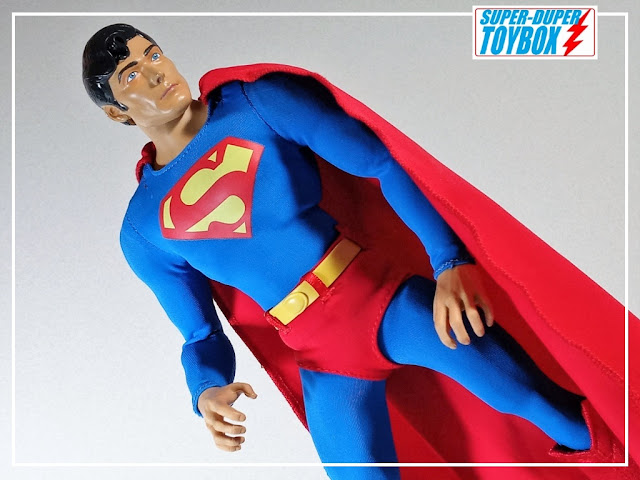 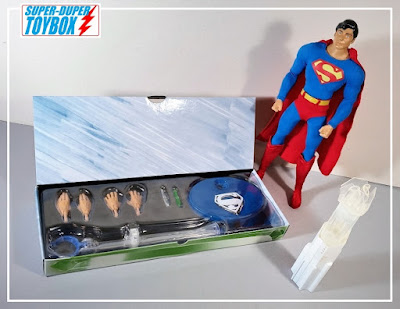 My brother gifted me the Superman The Movie magazine format collector's album some years ago knowing what a big fan of Christopher Reeve. The 1978 movie captured my 6-year-old imagination, permanently melding the actor to the character in my mind. 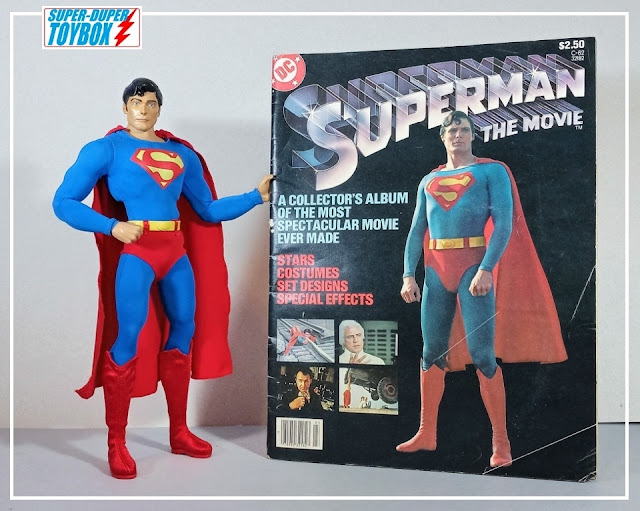 The gripping hands don't properly hold the Kryptonian crystals, but the input station is a nice little accessory that I think adds value to the set, and you can kinda fudge it for poses... 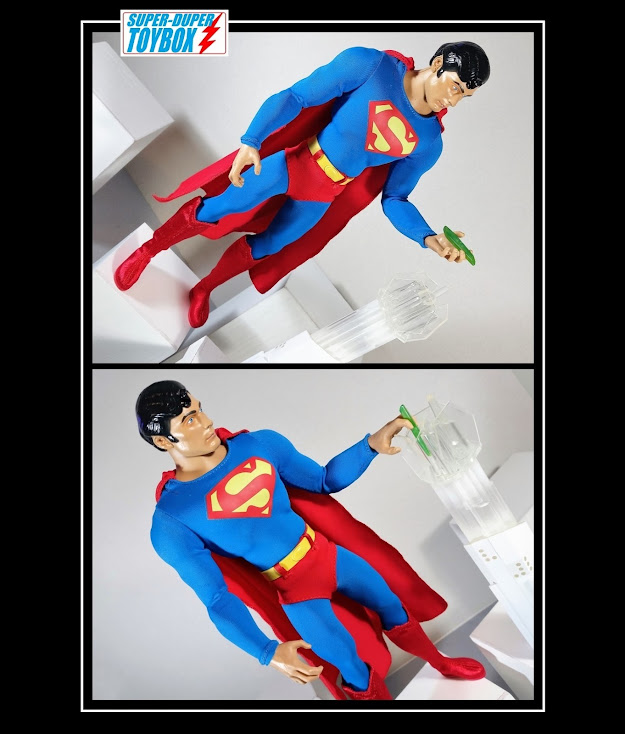 Below, the Mattel Chris Reeve Superman with my newer 8" Mego Superman and 14" Mego Superman, and my 13" DC Direct Superman that I've had for over a decade - all classic representations of the character. See the video above for more comparisons with other Superman figures in my collection! 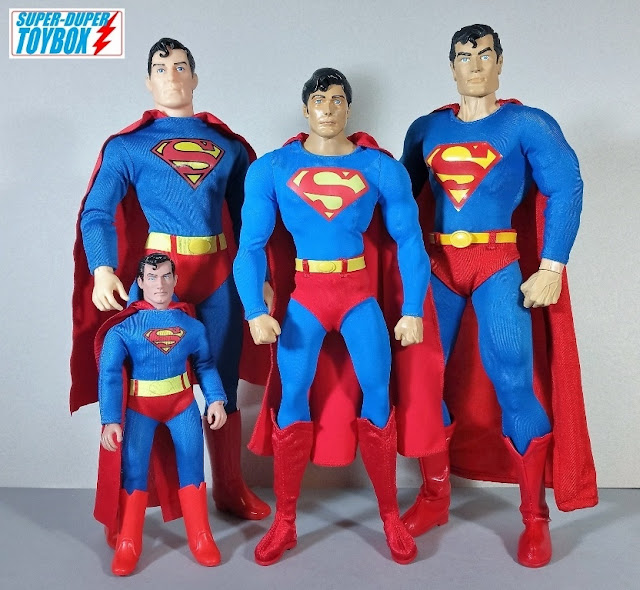