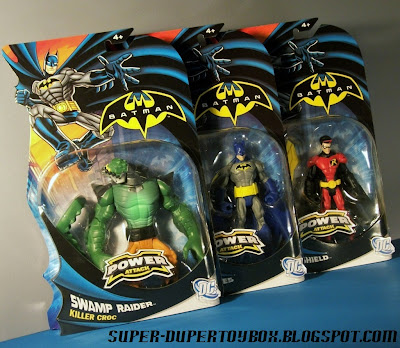 While these new Batman Power Attack figures by Mattel are certainly capitalizing on the release of the forthcoming Dark Knight Rises movie, they exist in their own universe, not based on any comic, movie, or animated television show. The target demographic is obviously younger children, but the exaggerated features in their design are just plain fun. Batman, Robin, and Killer Croc are each recognizable, but they've all been reimagined here again, making for some unique action figures.

Released in groupings of mission specific groups, I picked up a Twin Blades Batman & Strike Shield Robin from the Lava Mission series, and this really fun Swamp Raider Killer Croc... 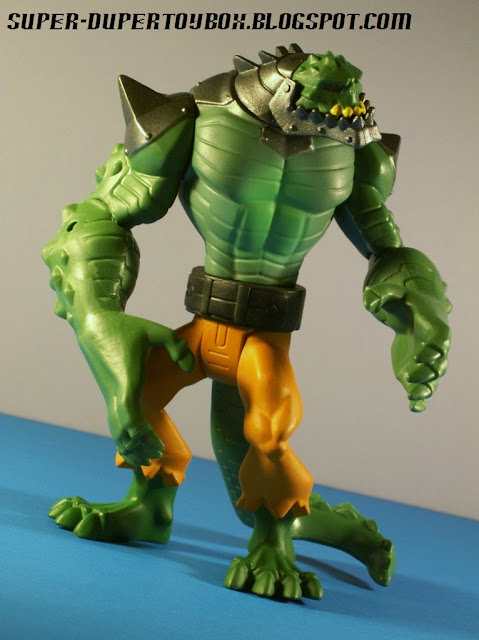 I've seen some wildly varying versions of Killer Croc, but this one is really unique, some sort of metallic spinal implant extending over his spiky shoulders and up into his trapjaw mandible. Wicked! 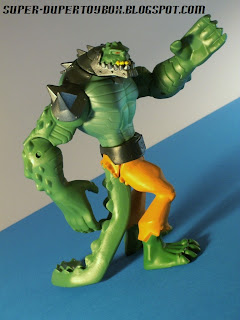 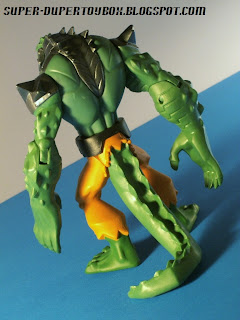 Croc's trapjaw is hinged, but doesn't hold open on it's own, unfortunately. Like the rest of his head & appendages, it's made of a very pliable, rubbery material. His tail was packaged disconnected from his body, which locks securely into his posterior. Articulation is limited in points as well as range on this toy, but his neck & waist rotate enabling some decent posing options. His thick black belt, spiky anterior, and highlighted torso look great! 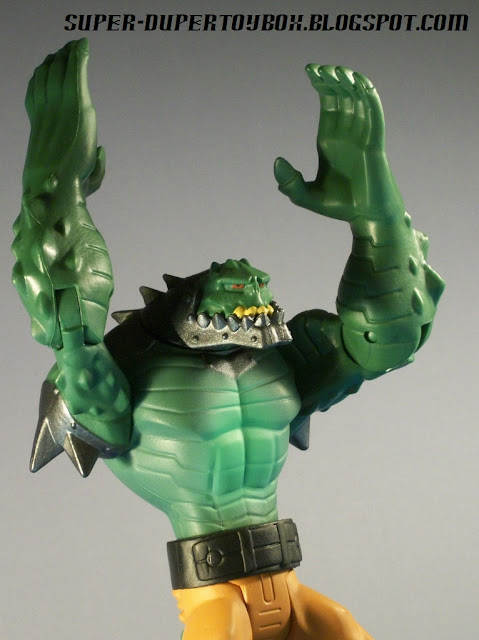 First appearing in Batman #357 (March 1983), Waylon Jones was born with a form of atavism that imparted him with reptilian traits that morphed severely over time. As a result, his skin was hardened to a nearly impenetrable density, and his senses, strength, reflexes and speed have reached superhuman proportions. Killer Croc is a formidable and longtime foe among Batman's rogue gallery of enemy villains. 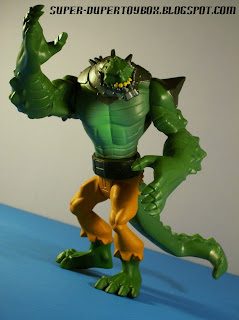 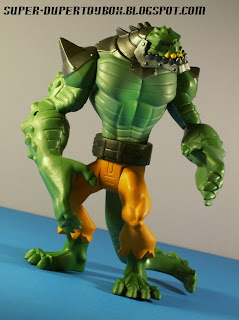 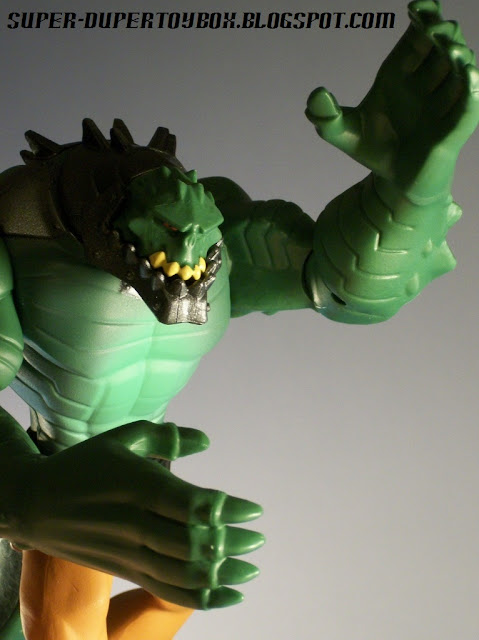 It was seeing this version of the Dynamic Duo that brought my attention to the Power Attack line though. As I said above, Batman & Robin are simultaneously their familiar selves, yet newly reimagined here. They remind me a lot of Mattel's Brave & the Bold action figures, which have the same articulation and cloth capes, but have been elongated in their physique. I love their chunky gloves/boots, and wide utility belts. 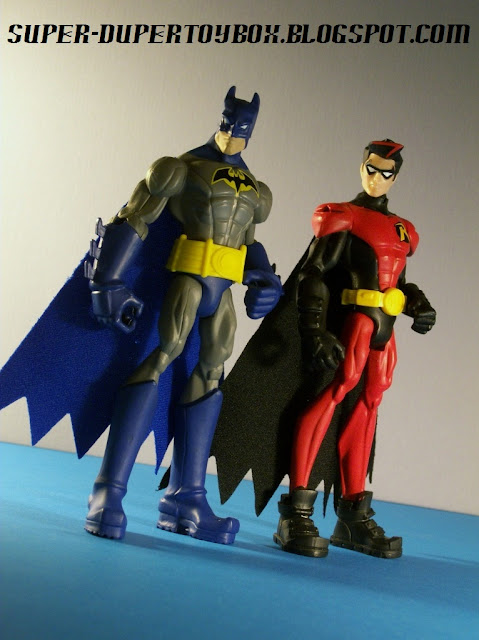 This line of figures has a wide assortment of multicolored Batmen with ugly neon mission armor that I don't care about, which is odd in that I have & love a large assortment of different Batmen from the Brave & the Bold line. Thankfully, Mattel produced a couple regular Batman figures for this line- a black & grey "Batman Inc." version, and this Silver Age blue & grey Dark Knight. They are identical, save the color scheme & old school shorts on this Batman. The bat insignia on his chest is new to my eyes, but the seams throughout his body suit are obviously inspired by contemporary rendering of the Dark Knight, including Jim Lee's New 52 designs of the character. 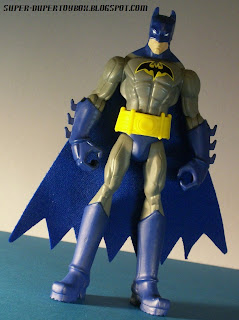 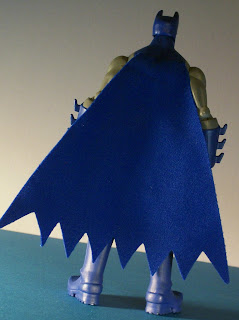 It took me a minute to decide whether to buy the black or blue version, but I had to go with the Batman color scheme of my childhood in the end. I am amassing quite the collection of blue Batmen, as you can see below:  A.) Mattel Super Friends Batman  B.) Mattel Legacy Golden Age Batman  C.) Mattel Power Attack Twin Blades Batman  D.) Mattel Retro Action Batman  E.) Mattel Justice League Unlimited Batman   F.) DC Direct Reactivated Batman  G.) Mattel Stealth Strike Gear Up Batman H.) Mattel Brave & the Bold Battle Axe Batman  I.) Mattel DC Action League Batman 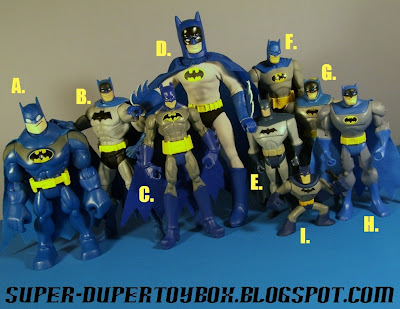 I was also thrilled to get another Boy Wonder action figure, a character I love as much as the Dark Knight himself! Not on the pegs when I found Batman on a late night excursion to Wal-Mart, I scored Robin the next morning during a random stroll through Target... 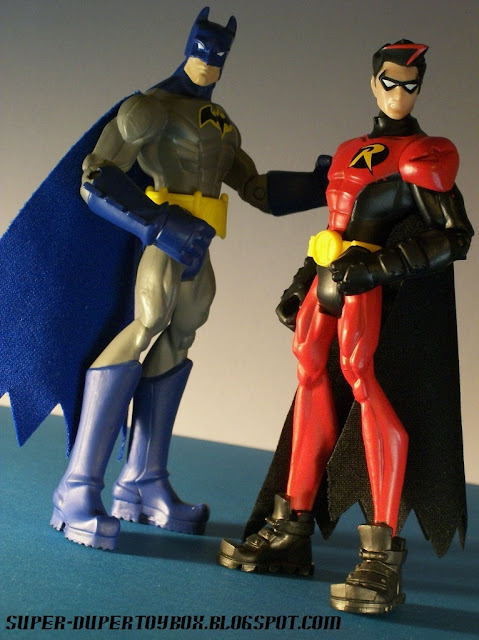 The coloring on this figure is most like the Tim Drake Robin, and reminds me of Young Justice Robin with his cartoon styling. Several collectors have openly criticized the red stripe in his bangs, but I don't really care. His coloring is different than the product photography on the backing card, which showed black legs and red paint apps in his gauntlet straps & shoe laces- that was mildly disappointing. I suppose this could be fixed easily enough if you are into customizing your action figures. 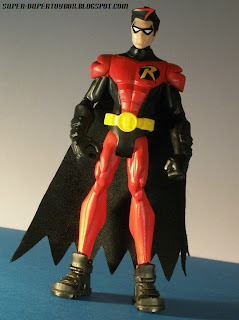 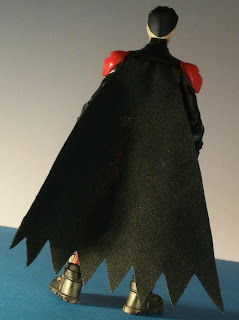 For nine bucks a pop, these were two fun additions to the Super-DuperToyBox, probably my favorite heroes from childhood   :) 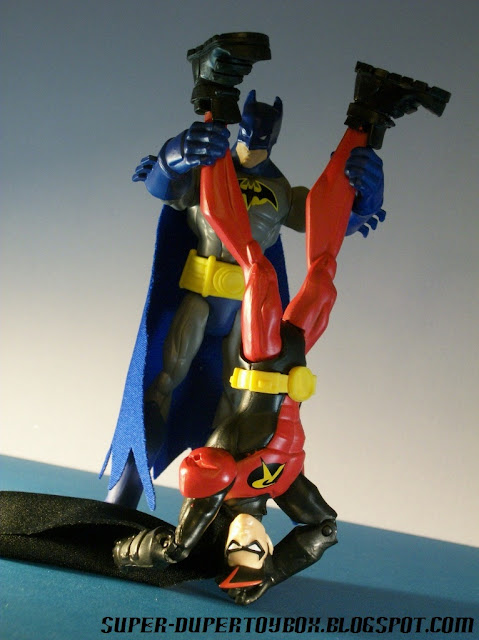 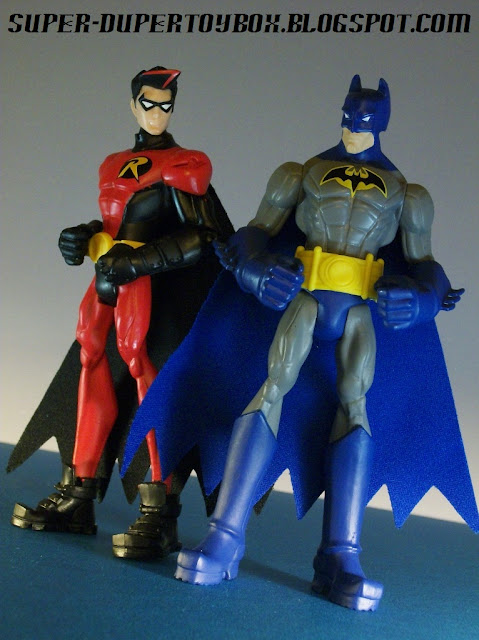 The accessories on these are not that great- I would have liked some batarangs, bo staff, or a grappling hook. Robin came with his Strike shield, apropos of nothing save the pointless Lava Mission scenario on the backing card. Batman's twin blades, however, can be loaded & launched from the new Power Attack Total Destruction Batmobile, and so that's kinda cool. I'd have bought this new Batmobile on the spot, but was shocked by the price of over $25.00, which is outrageous! I'm praying I'll see one at a more reasonable price or on clearance later because I really do want one. We'll see how long I can hold out   :D 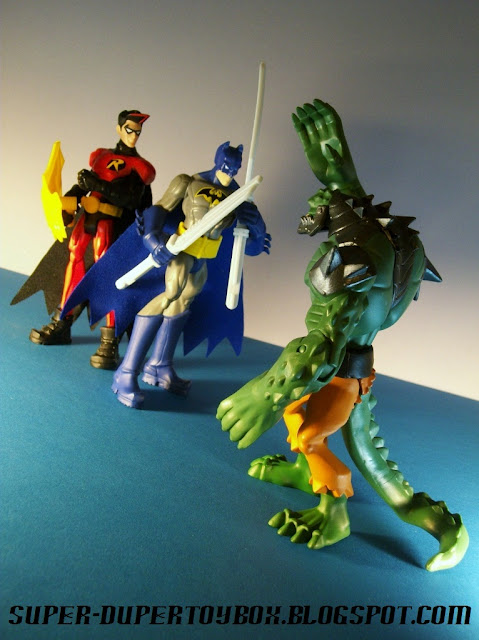 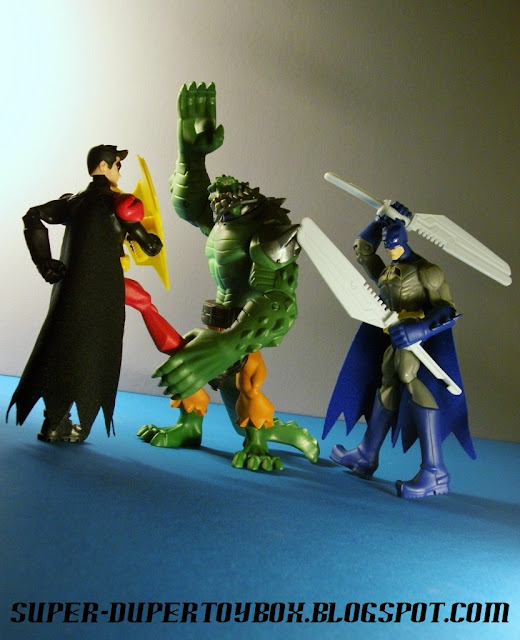 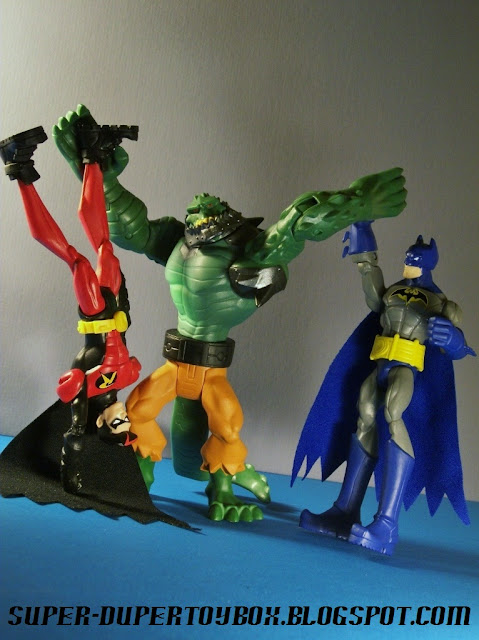 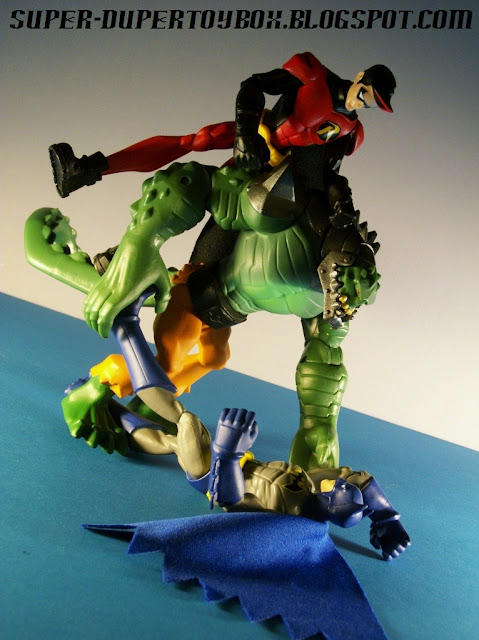 More Later- Make It FUN!
Posted by Super-Duper ToyBox at 12:20 AM