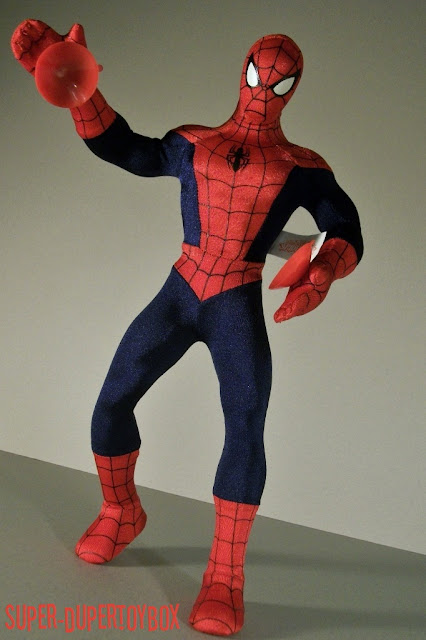 In the throes of my current Spider-Mania, I simply could not resist this Ultra-Pose Foam Spider-Man released by Just Play under the animated Ultimate Spider-Man television show franchise. He's about 15" tall, in classic Spidey red & blue, and reminded me of my 12" Mego Spidey from childhood. I found him last weekend at TRU for $21.99, and fumbled with him for only a minute before taking him home. 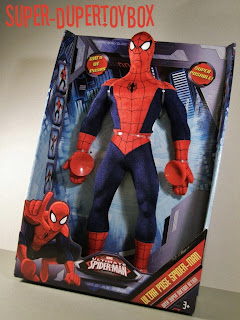 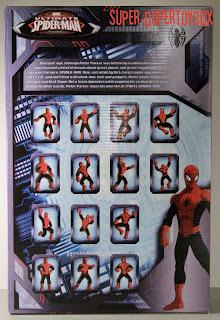 The box claims hundreds of possible posing options, which is a little overstated in my opinion, but he does have some sort of bendable armature throughout his body. He doesn't hold many poses standing that securely, but he's more useful that a regular plush toy. His ankles contain some sort of ratchet joint that clicks into about three different positions, and he can hold his head in a slightly upward & downward glance. 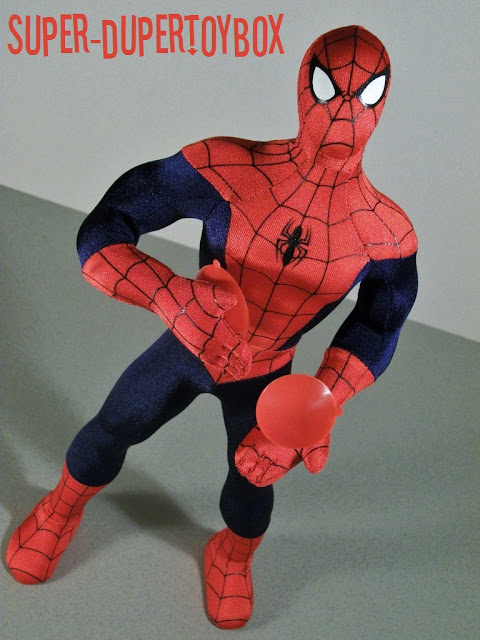 This Spidey is a very simple toy, but the detail is well done. I'm unsure how well his screen printed deco would hold up under rigorous play, but it's neatly done. His body is above the average stuffed toy as well, molded to emulate the muscled body of a super-hero. 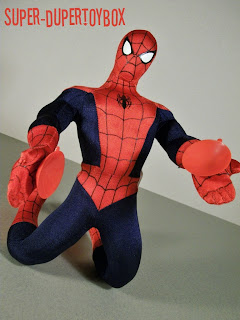 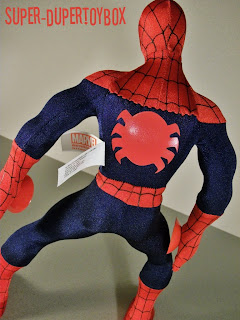 He's just such fun toy with a retro vibe in his bright classic coloring and bendy/suction cup play features. It was love at first sight- I stood there tugging and squeezing him. He's fun and made for play, like a good toy should be- I love him! 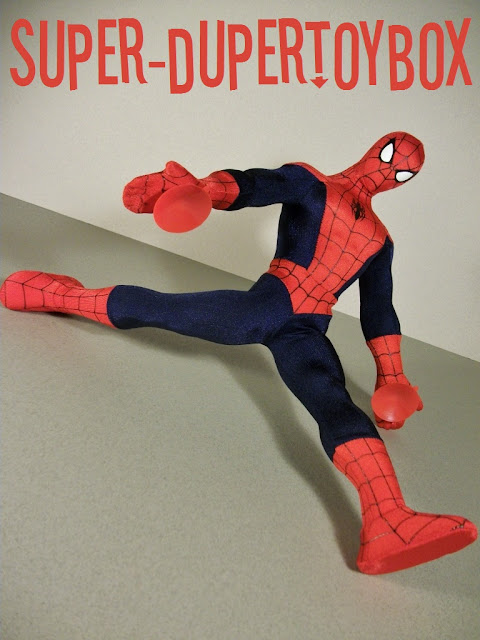 What really makes this toy fun are the suction cups on his palms- they stick to glass really well.  I have another Spidey with this feature- a 10" ToyBiz wall-hanging Spider-Man from '94 in the variant "night shadow" deco. Really cool! 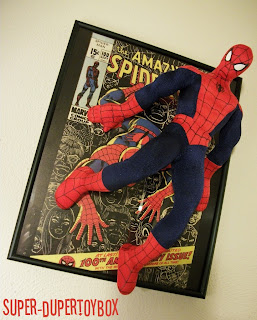 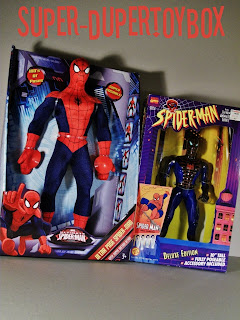 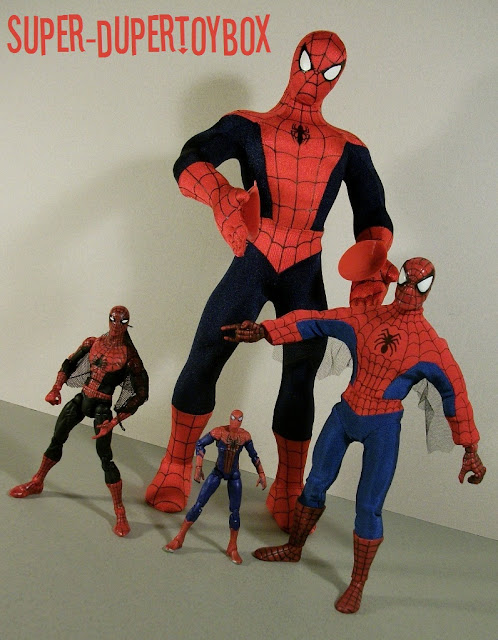 Posted by Super-Duper ToyBox at 9:33 PM

Email ThisBlogThis!Share to TwitterShare to FacebookShare to Pinterest
Labels: Spider-Man