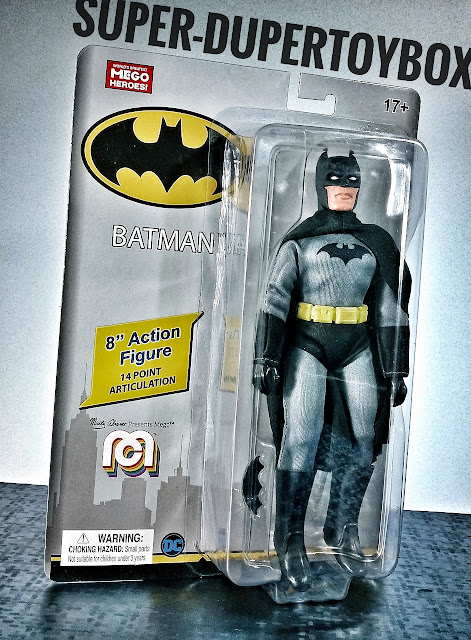 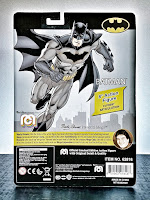 This blog was launched over 10 years ago, based on my love of superhero comics and action figures produced of the characters therein. Like many children of the '70s, my first action figures were Mego's 8" World's Greatest Heroes, Batman front and center. Mego's sudden resurrection in 2018 surprised many of us, and I did eventually pick up a few of the 14" DC Comics characters, which are some of my favorite figures. Still, I was interested to see Mego's return to comic book characters in their classic 8" scale, and settled on this Batman to sample. I have several 8" Mattel DC Retro-Action figures from the early 2010s, and some 9" ToyBiz Marvel Famous Covers figures from the '90s that captured the spirit of Mego's Worlds Greatest Heroes, but this is the original return to form. 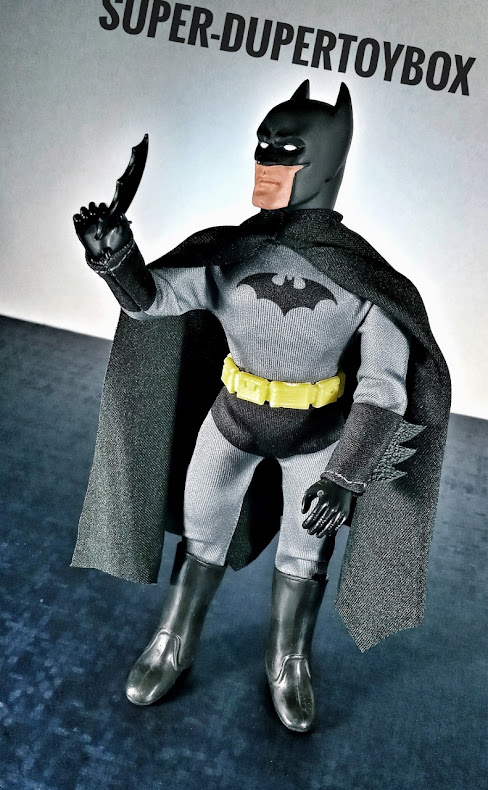 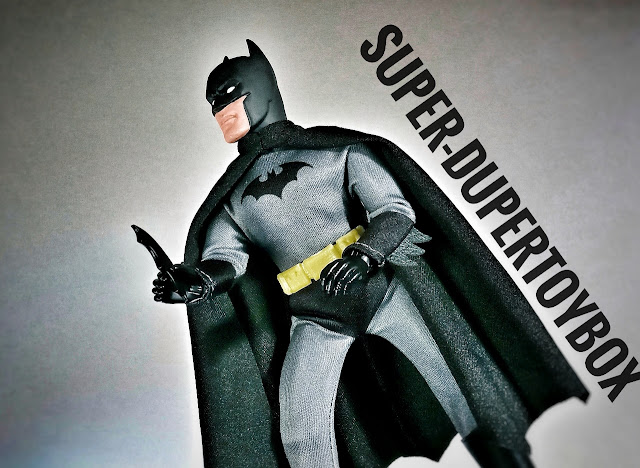 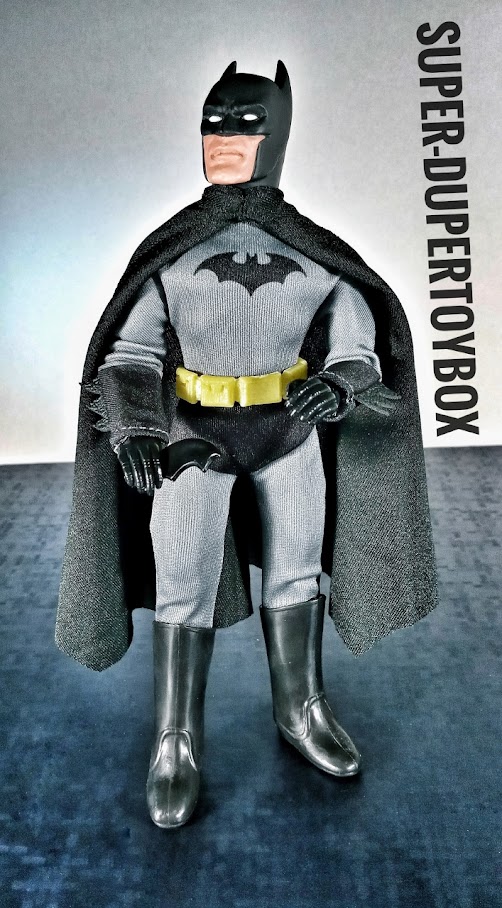 Below, 8" Mego Batman, with my 8" Mattel DC Retro-Action Batman, one of the first action figures I bought when I started collecting again as an adult.  This figure had some waist joint issues, but his shoulders and elbows are far superior to the new 8" Mego Batman, which don't pose well- a combination of banded shoulder joints and loose elbows. Mattel's chunky boots do help Retro-Action Batman stand better than Mego's, as well. Mego did adapt the glove cuff approach Mattel applied; this use of a separate scalloped cuff is so much better than the oven mitt gloves Mego produced in the '70s. 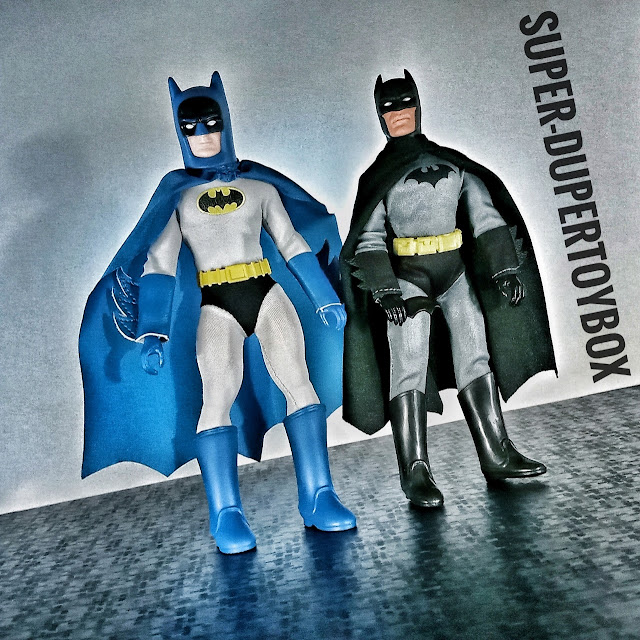 I was excited when Mego solicited a 14" Shazam and Black Adam in 2019, which we sadly never heard about since. I fear we may have seen the end of this deluxe scale from Mego, which were an outstanding value at twenty bucks, several of which I scored at a 25% discount. Below, 8" Mego Batman with my 14" Mego Dark Knight Detective- possibly my favorite of these... 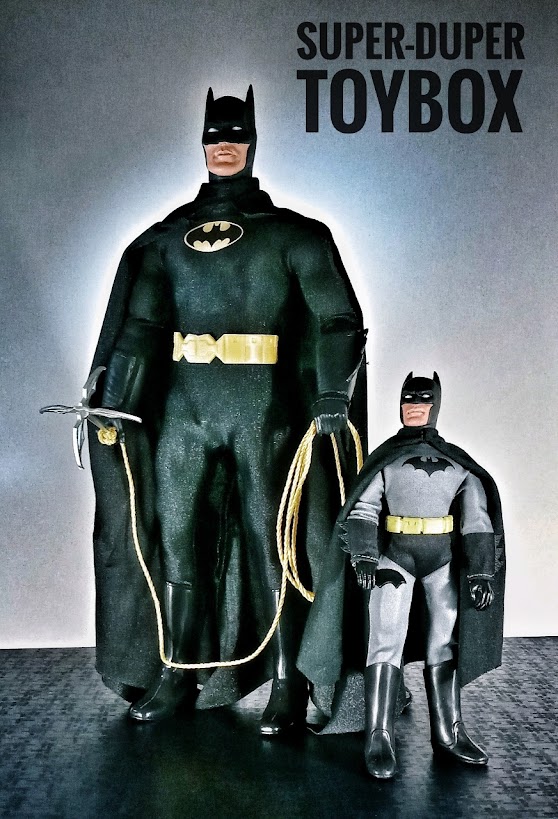 While I'm not fully committed to going all-in on this new Mego 8" line, I really like the aesthetic of this Batman. I love the inclusion of a batarang, and modern treatment of the outfit's chest emblem and pouched utility belt. The head sculpt is fantastic! Mego also dropped a Wonder Woman and Superman recently, and a Flash, Green Lantern, and Riddler have been solicited, the latter of which I may be interested in. 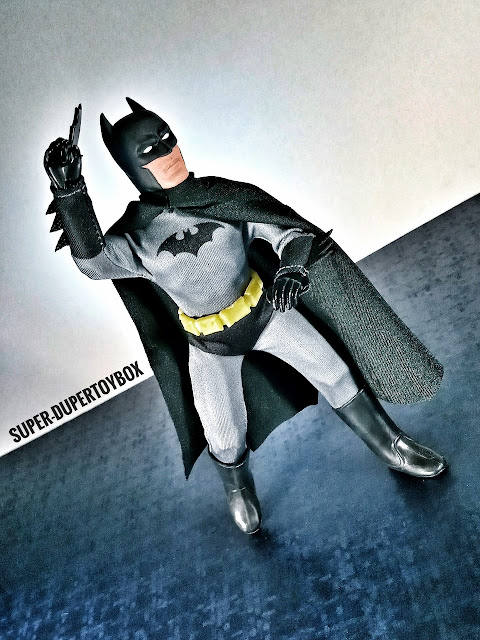 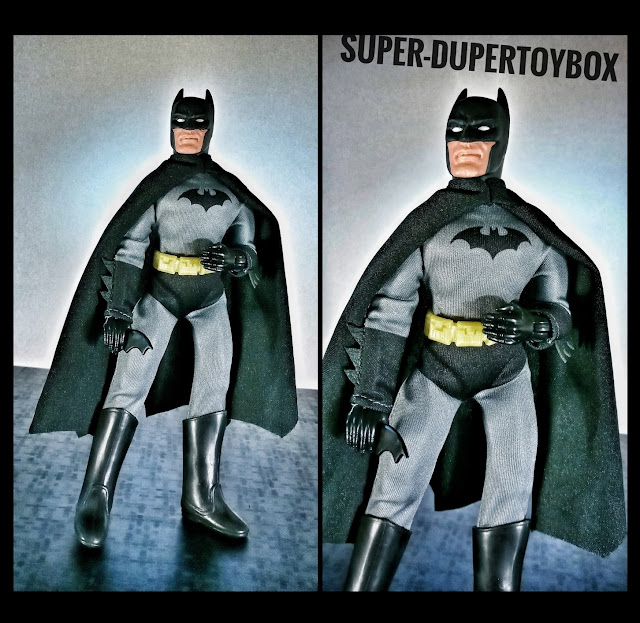 And finally, Mego 8" Batman with 13" DC Direct Modern Batman, 14" Mego Dark Knight Detective, 13" DC Direct Classic Batman, 9" Hasbro 1st Appearance Batman, and Mattel 8" DC Retro-Action Batman. I have three or four other cloth costumed Batman dolls in my collection, and would have a hard time choosing a favorite- definitely a favorite subcategory within my collection! 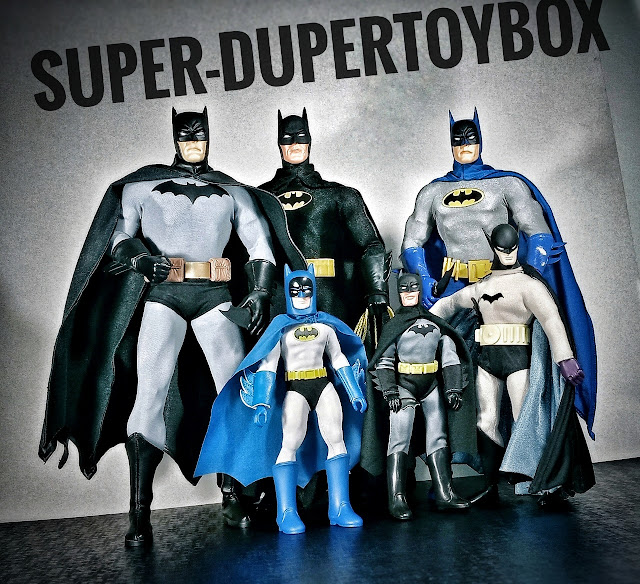