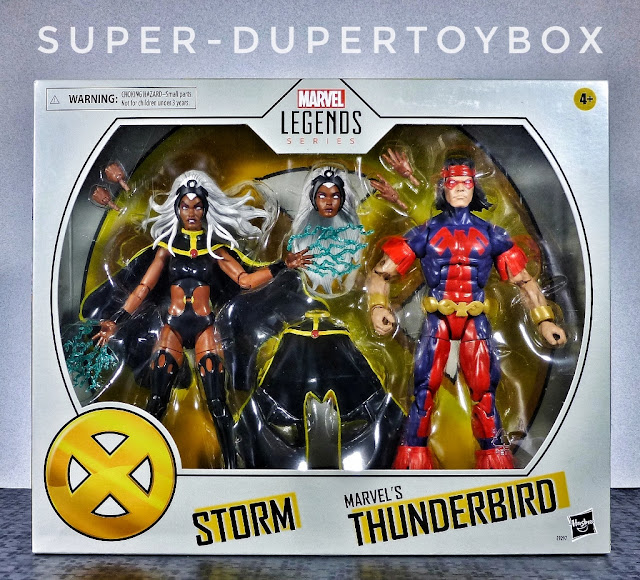 I picked this up as soon as I saw it at Target, months ago, and am a little disappointed at how drastically the retail price has dropped since. That said, I'm sure I could recoup the full price paid with the Storm figure alone in a couple years ...unless Hasbro releases a single carded version? Regardless, I was interested in these classic X-Men characters and like them quite a bit.

Thunderbird, shown below with a third-party seller's knives, sadly came with no accessories, sacrificed for the magnificent Storm's exhaustive pack-ins. John Proudstar's 1st appearance was in Giant-Size X-Men (1975), as was Storm, Nightcrawler and Colossus. Len Wein and Dave Cockrum killed Thunderbird off only a few months later, arguing that Wolverine, introduced in the pages of Incredible Hulk #181 the previous year, filled the rough-and-tumble character slot fine by himself. 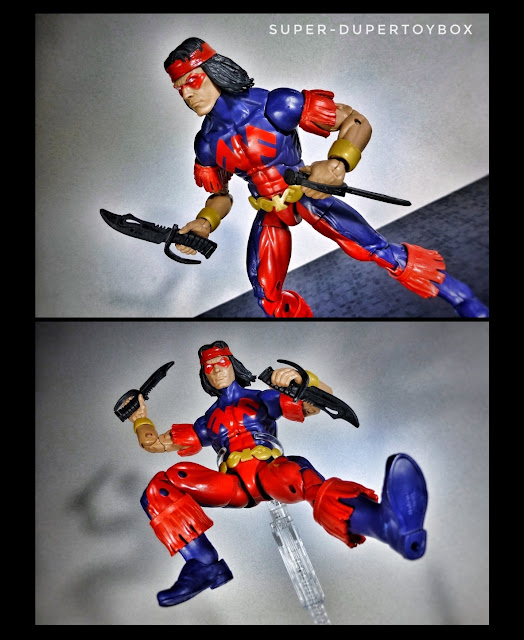 Below, Thunderbird with brother Warpath, James Proudstar. James shared John's enhanced mutant abilities and endurance, but to a greater degree, and originally took the name Thunderbird in his place before becoming Warpath. 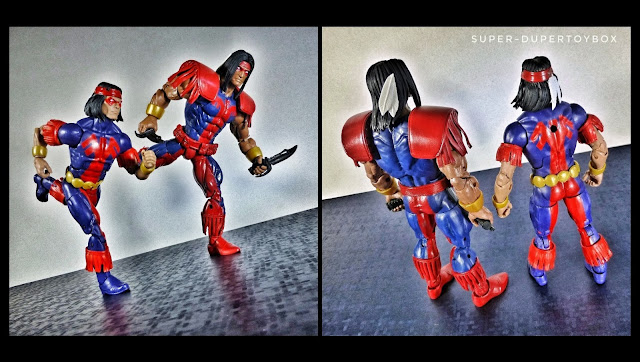 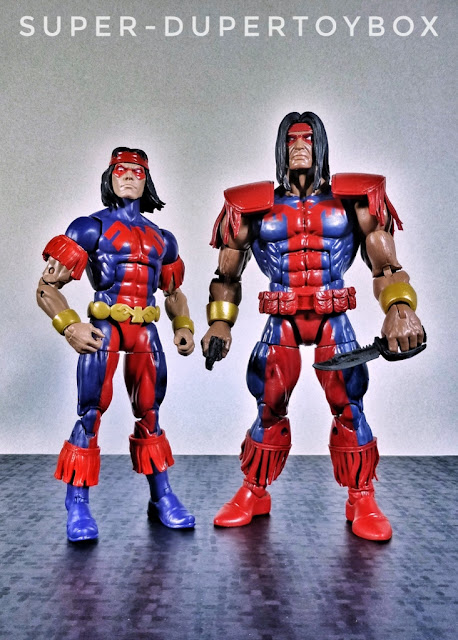 I love the colors of the Proudstar brothers' outfits and their simple powerset- tough guys, great fighters and trackers. There are understandable complaints with the figure, notably the boot fringes that slide down- I pushed mine up over the calf more to avoid slippage. His head sits a little high on the neck and seems a little big, but not terrible in my opinion. Love the belt! Here he is with my 80th Anniversary Marvel Legends 1st Appearance Wolverine... 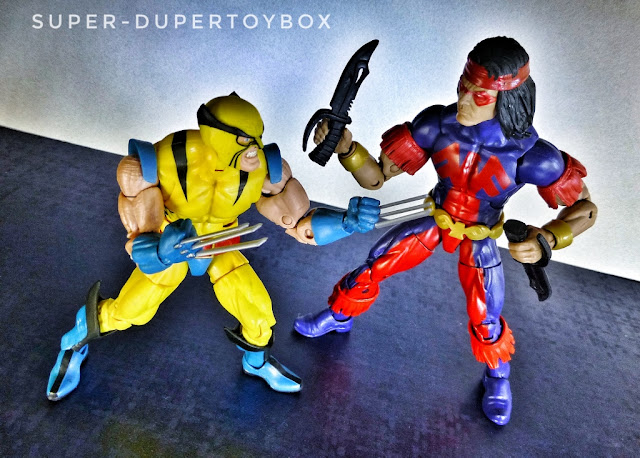 Storm is the star of this 2-pk, with three sets of hands, and two head and cape sets, one neutral, one engaged. Her limbs have the new Hasbro pin-less joints that I hope we see more of. Hasbro could have just given us a flight stand and single carded her as a deluxe for more money, because she is a fantastic action figure. Her articulation is restricted by both her hair sculpts and her neutral cape, but she does enough for me. The sculpt and paint are a perfect rendition of Storm's original look, and I love it. 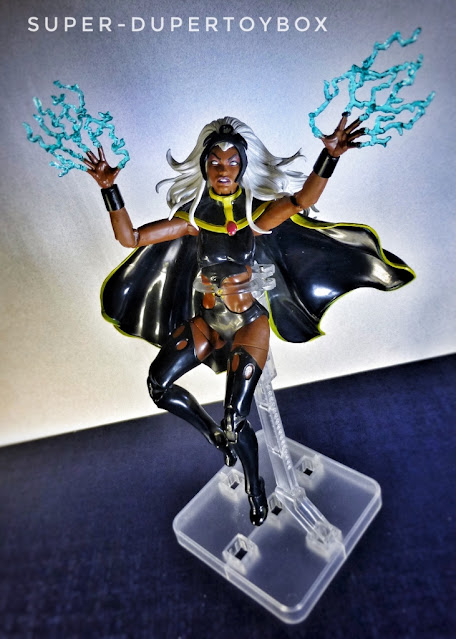 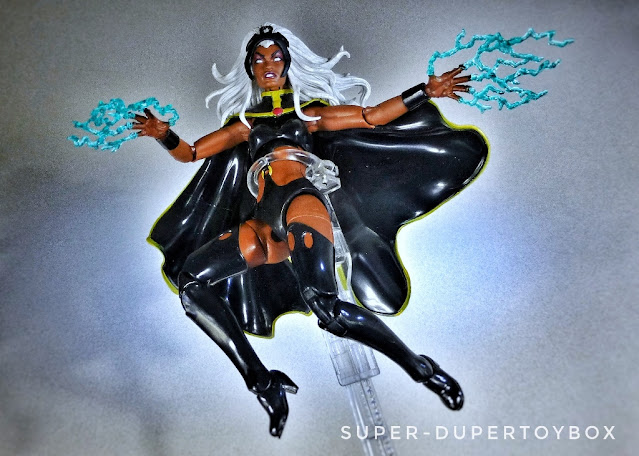 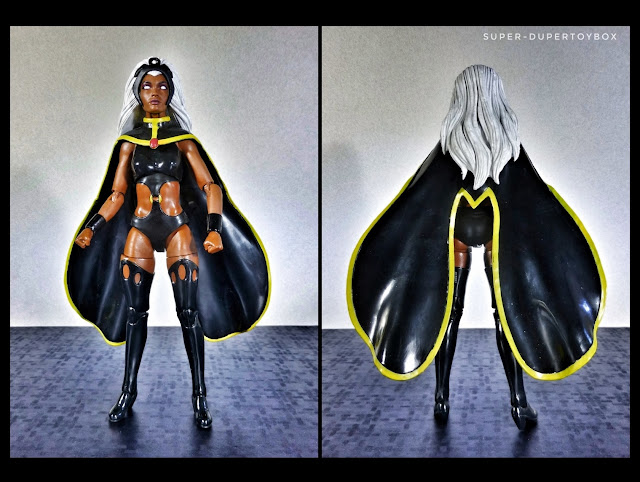 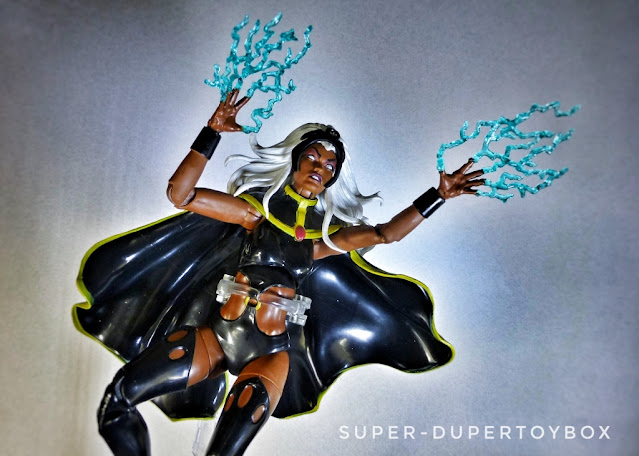 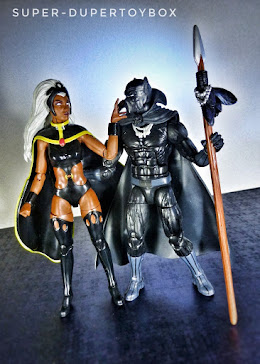 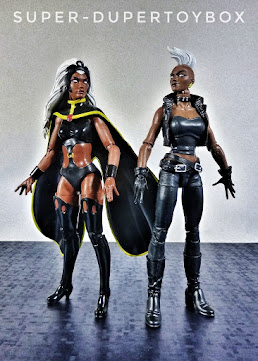 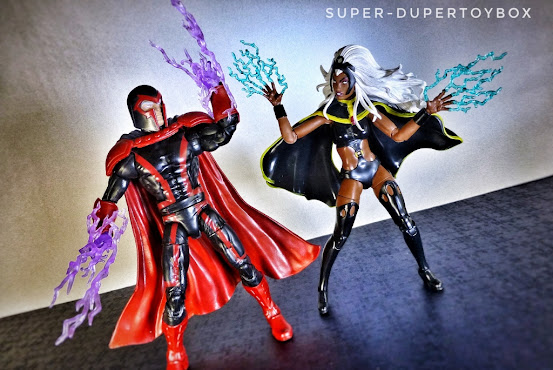 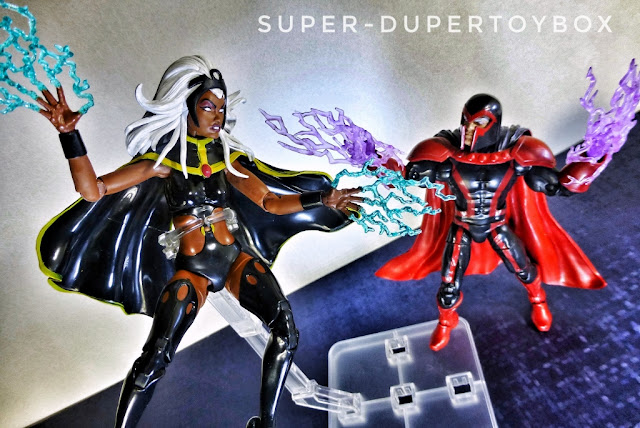 And finally, Thunderbird and Storm with fellow X-Men Nightcrawler and Beast from my last post, Wolverine, and Colossus... 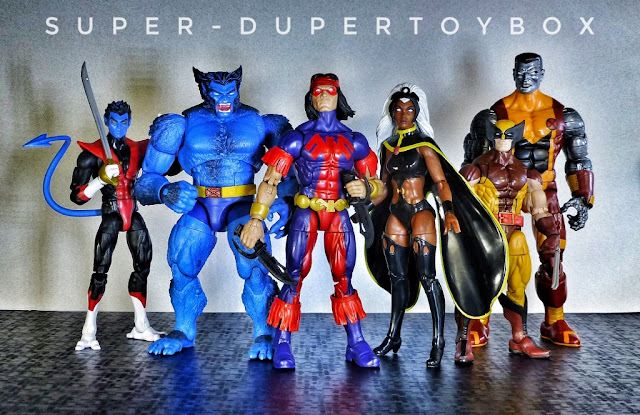