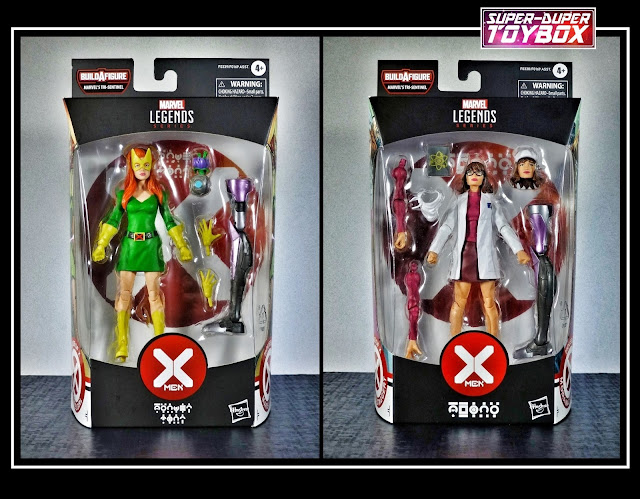 I liked most all the figures from this Marvel Legends House of X line, though am unfamiliar with the two 2019 Jonathan Hickman House of X and Powers of X books. While I like all the other figures in this wave, the main attraction to these two figures for me were a classic Marvel Girl portrait and a female in both civilian dress and lab coat. The sheer volume and expense of what Hasbro is putting out in the Marvel Legends wave prevents me from buying entire waves often, but these two are popular among the line for good reason. 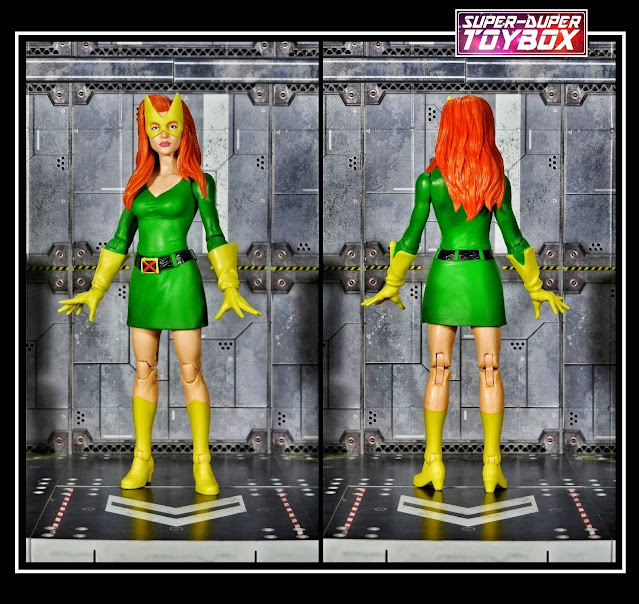 Below, Marvel Girl with fellow X-Men, my Marvel Legends Nightcrawler and Beast... 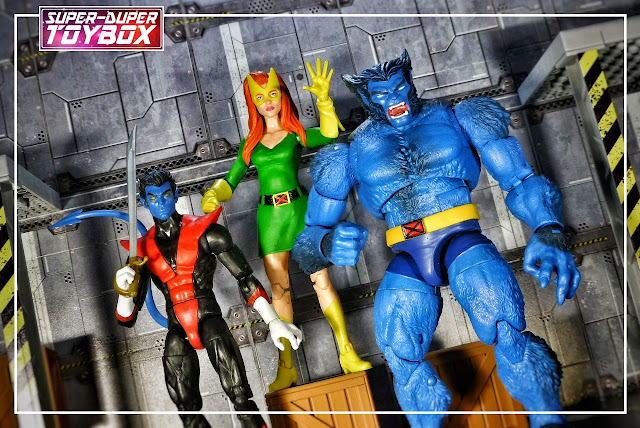 Jean's Flower of Krakoa has powers to extend human life, cure disease, and create self-sustaining biome. In House of X, the X-Men use them to leverage diplomacy with mankind into their acceptance of Krakoa's sovereignty. This is just a fun, futuristic accessory I enjoy on it's own aesthetic merit. 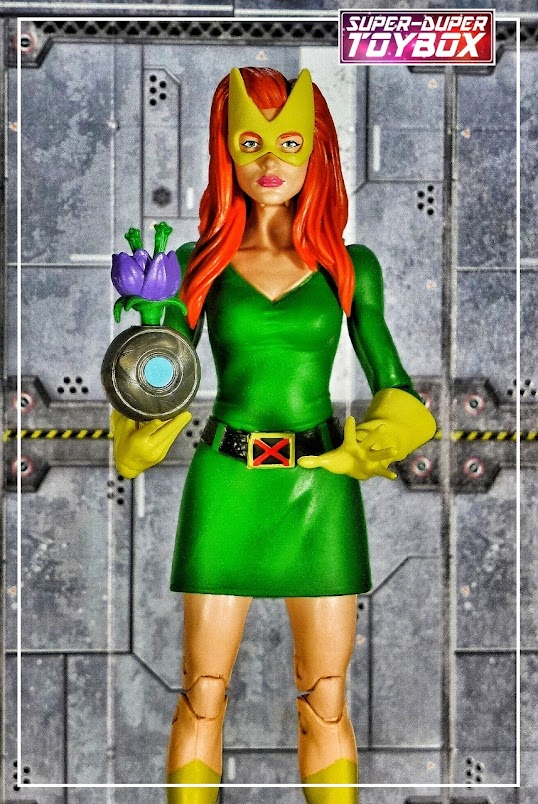 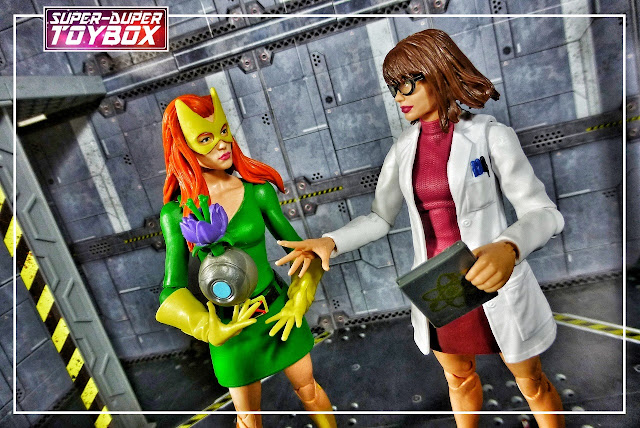 In House of X,  it is revealed Moira is a mutant with the power of reincarnation, having lived many lives connected to Charles Xavier and Magneto, sometimes at odds with their place among mutantkind across timelines. Regardless of Hickman's thick history of Moira's ten lives, I just liked having both a scientist and female in civilian dress. 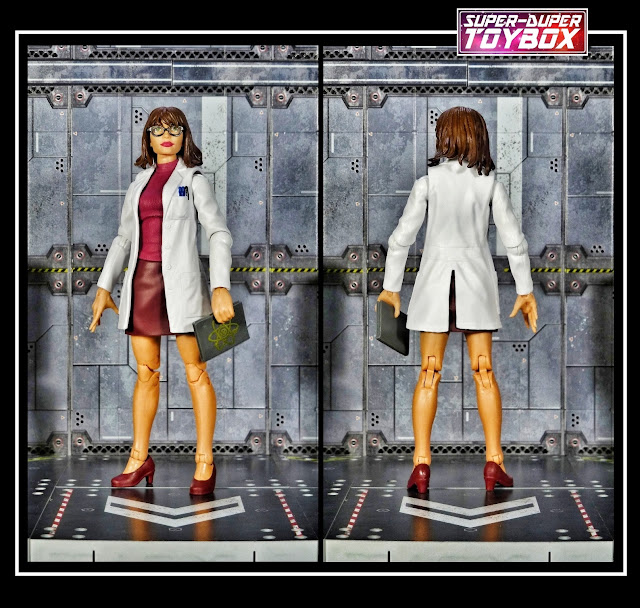 Below, Moira with my Marvel Legends Jubilee and Dazzler... 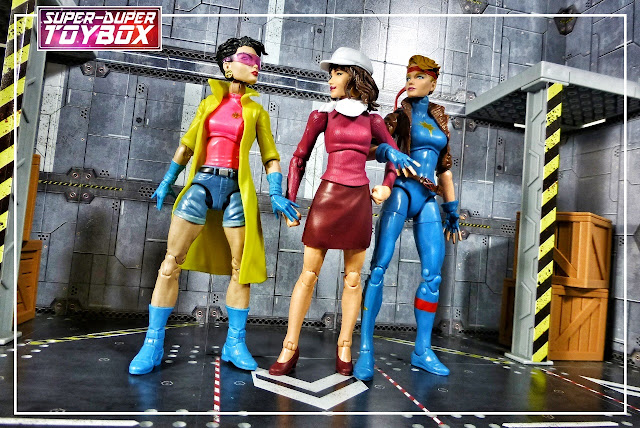 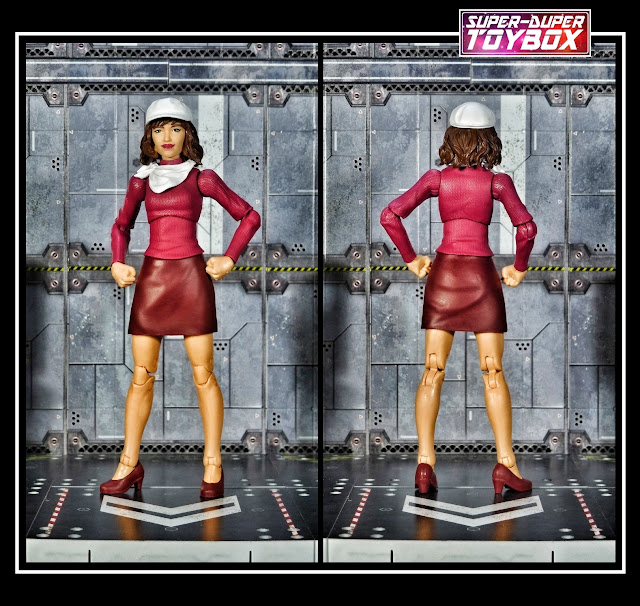 I'm unsure if I'll pick up any of the other House of X figures, but these two were unique among the wave in my eyes. Their skirts prevent great leg articulation, but they look fantastic. There's a ton of great X-Men stuff I've not read, but these figures have me curious about House of X/Powers of X by Hickman. 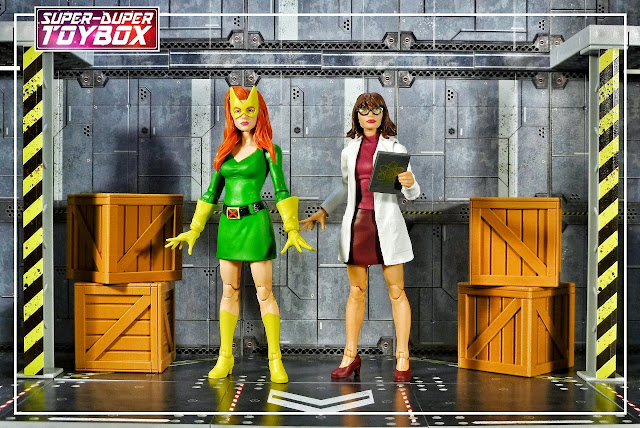