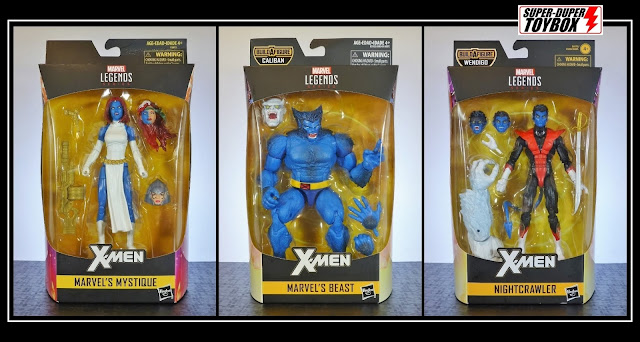 I don't even remember how long I've been holding onto these Marvel Legends X-Men figures, but I got them as soon as they all dropped some time ago. I've been meaning to post some Marvel Legends dumps like this, and plow through some I still have boxed... Mystique, Beast, and Nightcrawler were on top of that list. 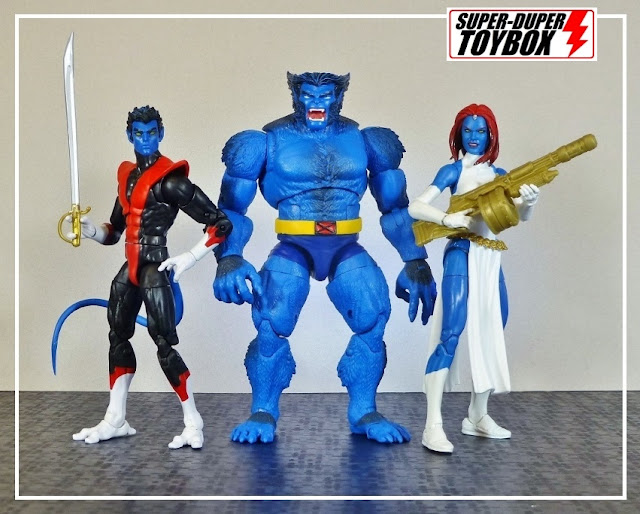 While underwhelmed with Mystique's weapons, including a humongous assault rifle she can barely grip, her head sculpt is perfect. The rest of her is a somewhat plain female buck, dressed up with her signature skull belt/loincloth. She serves her purpose fine visually, but is the least of these three figures. Mystique is a fan favorite though, and this Walgreens exclusive filled an important hole in the Marvel Legends X-Men lineup adequately. 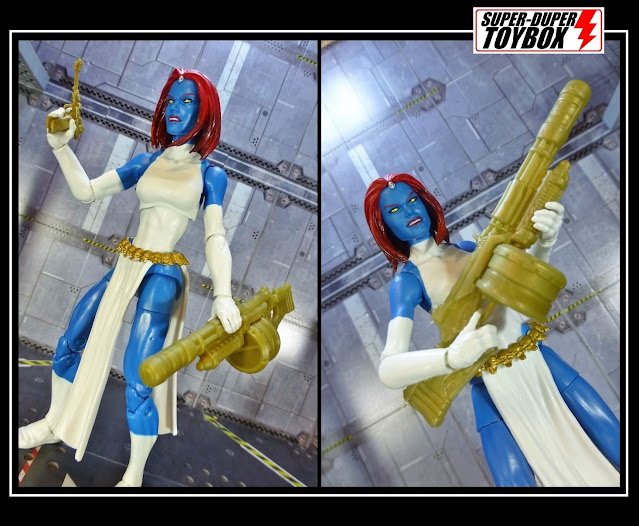 Mystique came with a partially transformed Rogue head sculpt, and a Lilandra head sculpt as well, which fits nicely on the Marvel Legends Joe Fixit BAF Wave Jocasta... all I need now is a blue cape and a scepter. 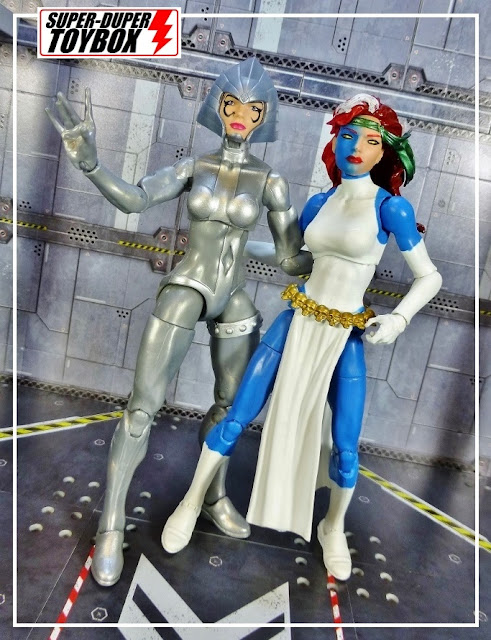 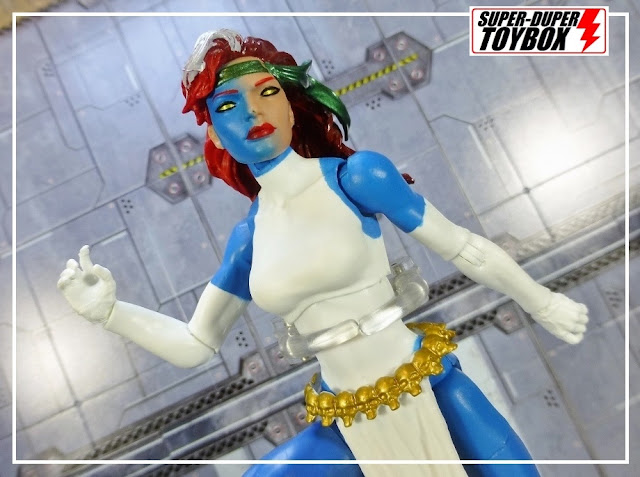 Beast includes some great articulation for an oversized figure, including butterfly joints at the shoulders that were a debut feature at the time of his release. He came with plenty of hands, and while I love the head sculpt, a more neutral option would have been a nice inclusion. This is a fantastic release I preordered upon solicitation, determined not to miss out on. 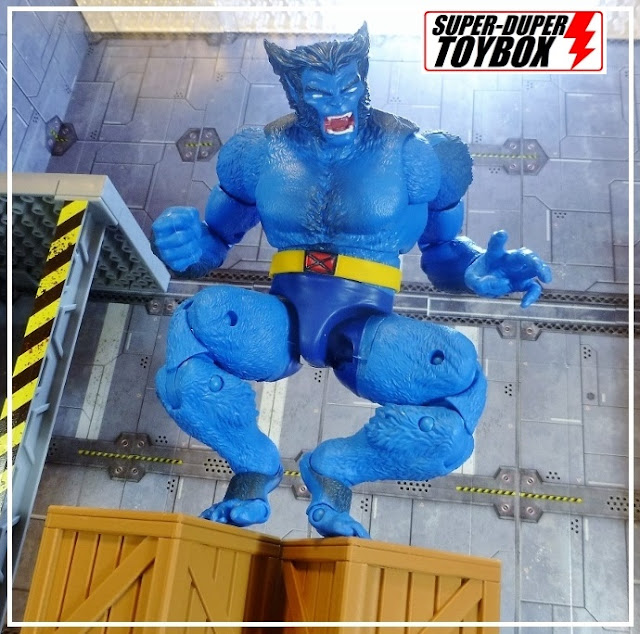 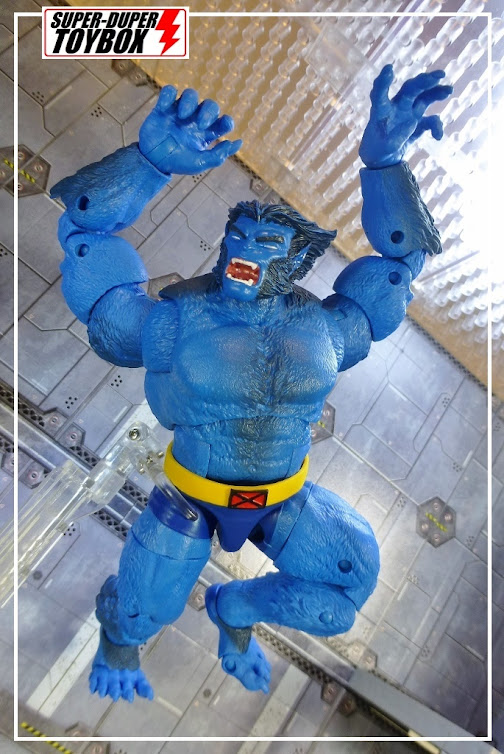 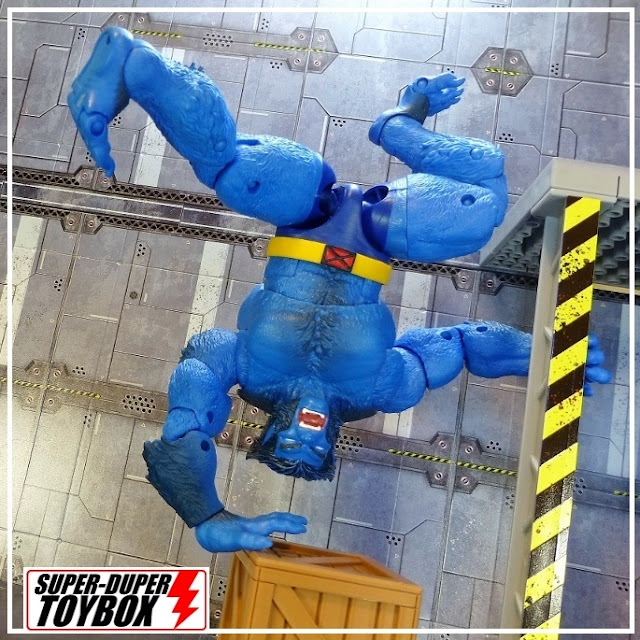 Below, Beast with a couple other larger Marvel Legends figures, Thing and Hulk... 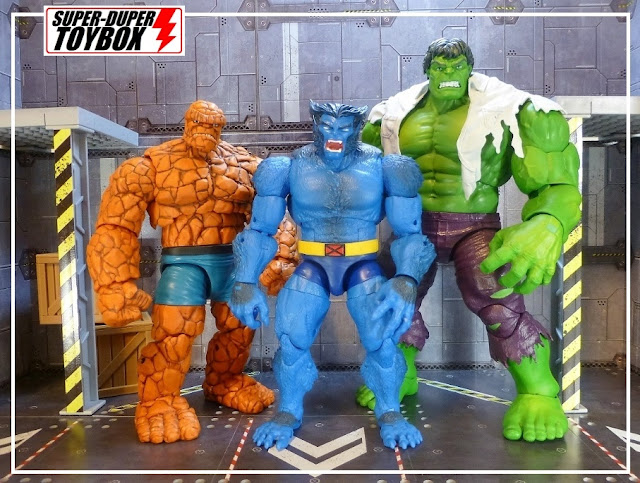 Nightcrawler may be the star of these three figures, with three head sculpts included, and amazing articulation. It's easy to be wowed by Beast, and rightly so, but Nightcrawler is a fantastic figure, obviously designed with care by the Marvel Legends team. Fantastic! 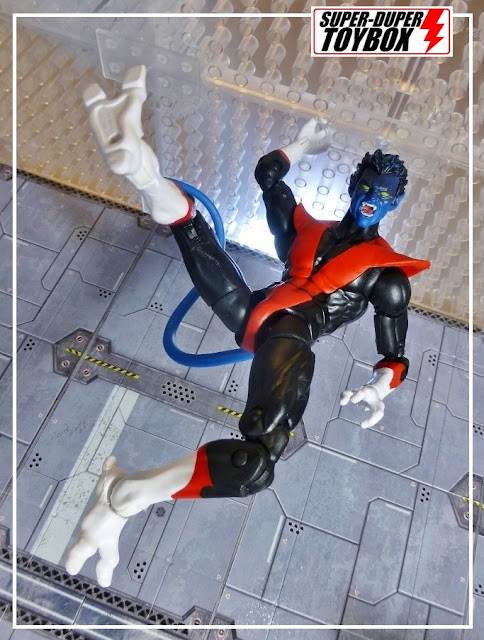 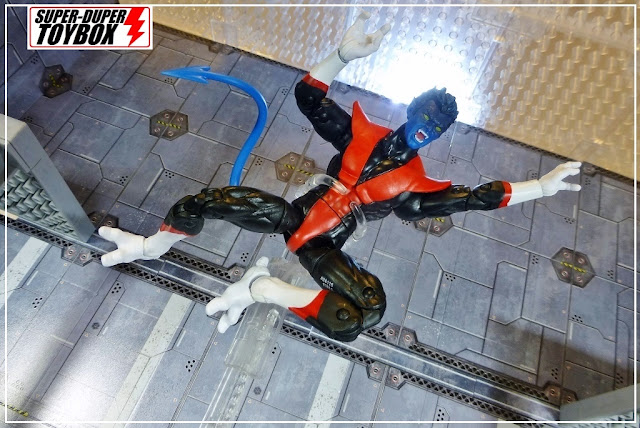 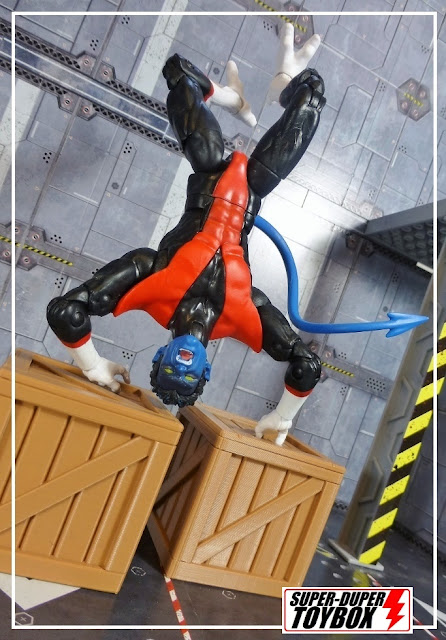 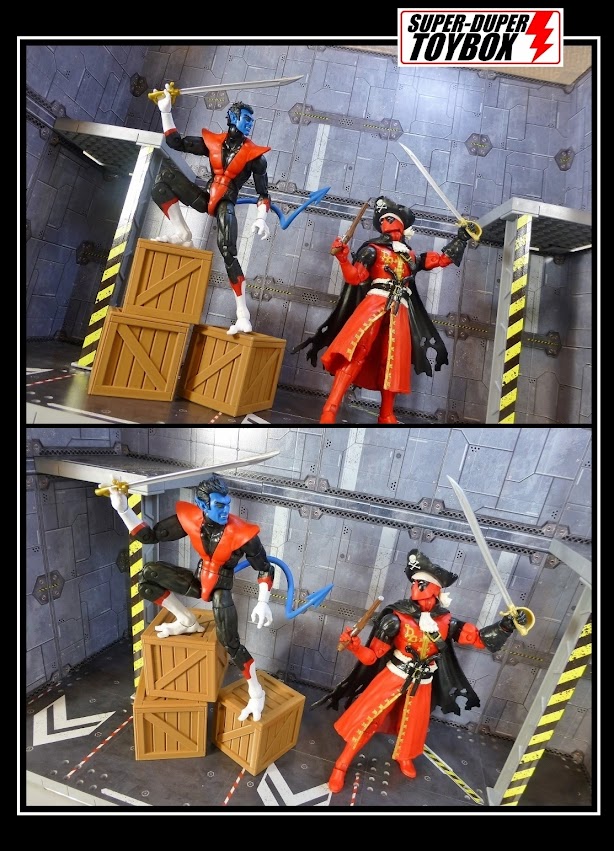 Below, Marvel Legends Nightcrawler with my 9" ToyBiz Famous Covers Nightcrawler, and Marvel Legends Beast with my 10" ToyBiz Beast. I acquired both of these '90s ToyBiz figures early in my action figure collecting years as an adult, and still love them. 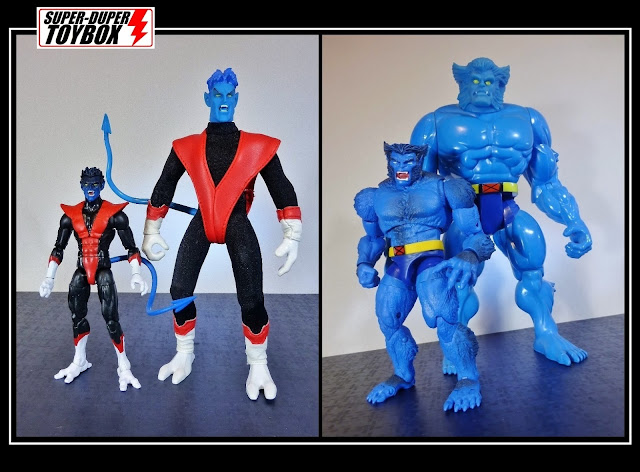 My Marvel Legends X-Men Wolverine is finally in the company of two of his most classic teammates! I loved this "Tiger Stripe" Wolvie, and Hasbro has certainly got some mileage on his buck- I'm sure I have at least four different Wolverines that share it. 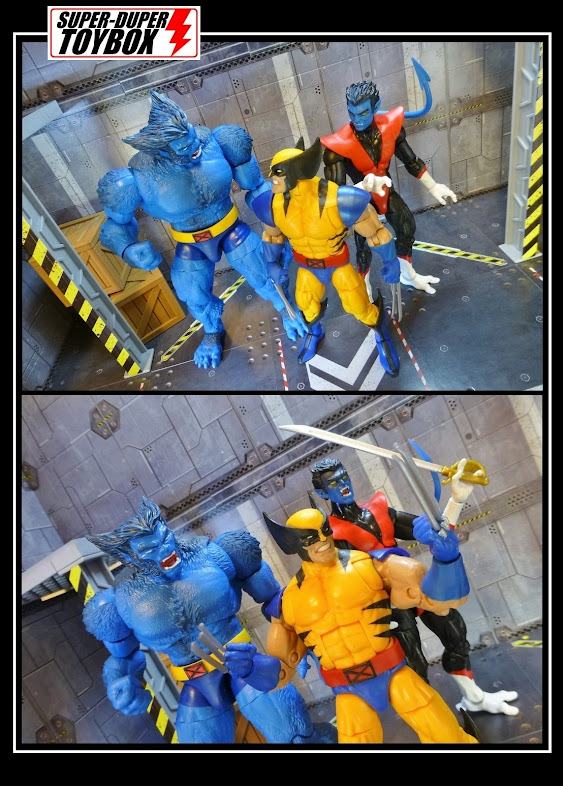 All three of these figures have become prized, sought after Marvel Legends since their release, and while Mystique may be slightly over-valued, Beast and Nightcrawler are amazing. Beast has been released again in the Marvel Legends Vintage line, repainted in gray with a neutral head, and I can't imagine Nightcrawler not seeing another release in the future- perhaps the X-Force or Age of Apocalypse versions. 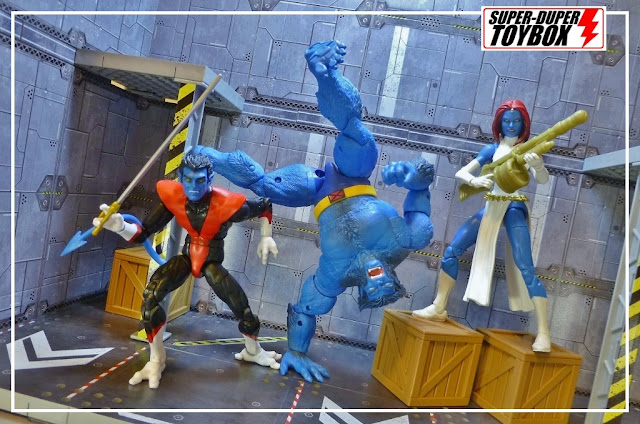