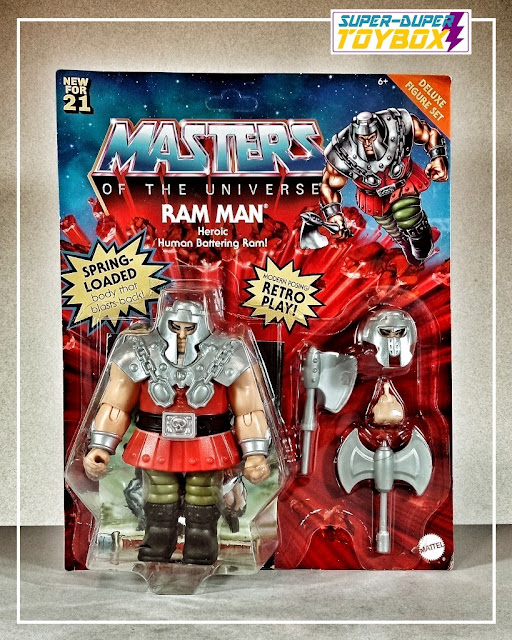 I scored this MOTU Origins Deluxe Ram Man free using Amazon points I'd accumulated in the last couple months, my nostalgia strong for the 1983 version I loved as a child. An extra hand, head, and axe that pegs into the end of the handle of the original axe included make this figure truly deluxe.

Ram Man's spring loaded legs were a feature of the original figure, now activated merely by pressing down on the figure, unlike the previous lever activated spring release. I'm not usually crazy about play features that hinder a figure's articulation, but with Ram Man it's somehow charming... 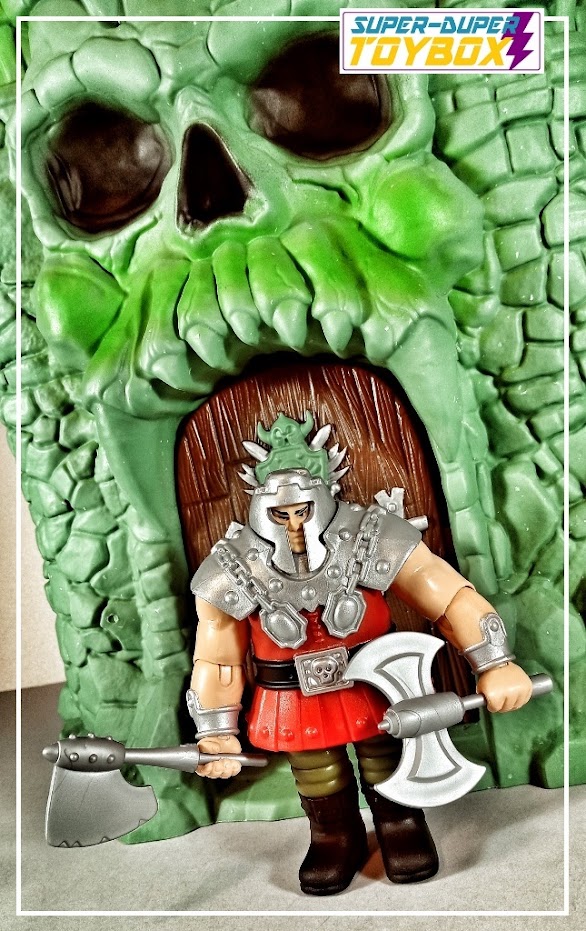 Below, Temple of Darkness Sorceress greets He-Man, Man-at-Arms, and Teela, who bring Ram Man into the fold of Eternia's Heroic Warriors when knighted a protector of Castle Grayskull ...! 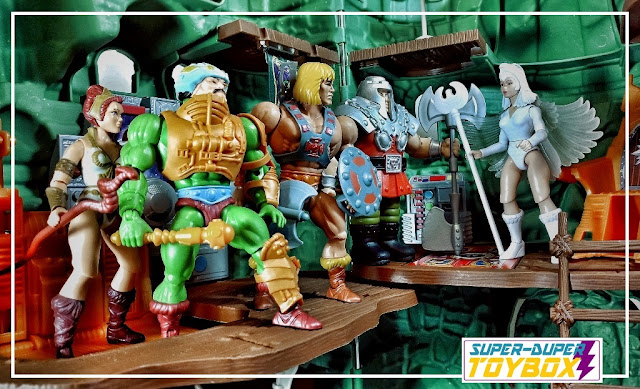 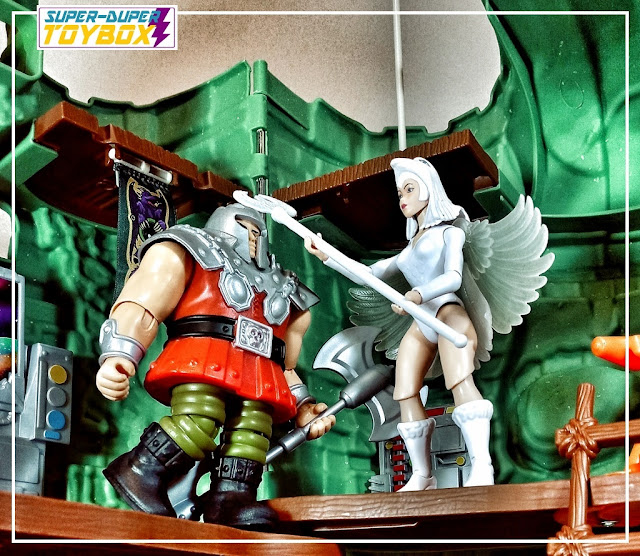 There is added articulation on this updated Ram Man- his neck is somewhat limited by the armored head, though the soft plastic of his helmet gives a little. Hinges at the elbows, wrists, and knees give a little more dynamism to him, but you won't get the kind of poses other MOTU Origins figures can. Below, Ram Man attacks Castle Grayskull intruder, Beastman ...! 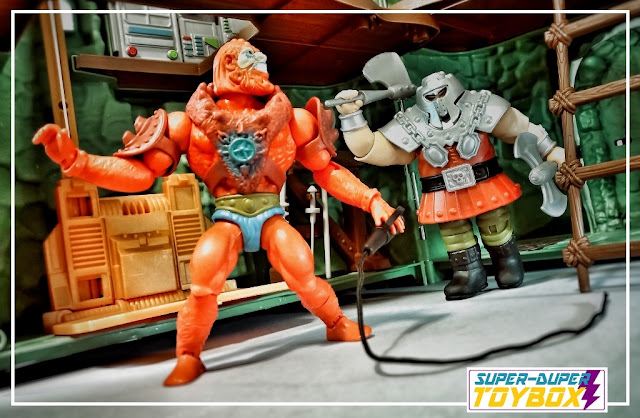 And finally, Ram Man with my MOTU Origins Deluxe Battle Armor Skeletor and He-Man. I enjoyed getting deluxe figures in this line with extra accessories, especially the alternate heads. While I didn't have the Battle Armor Skeletor as a kid, the He-Man and Ram Man figures are certainly in the spirit of their '80s counterparts. Recommended! 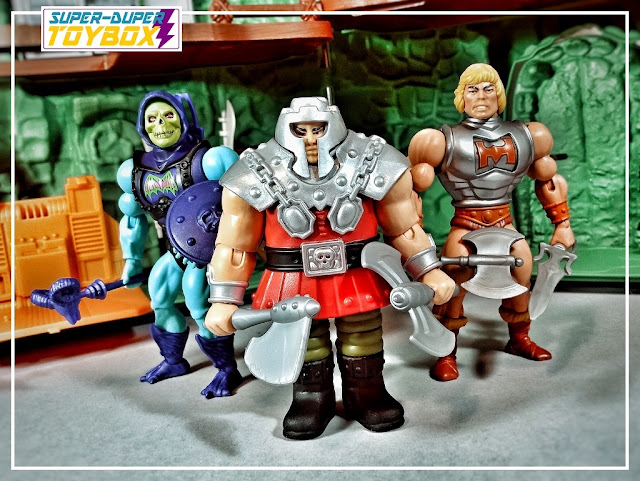