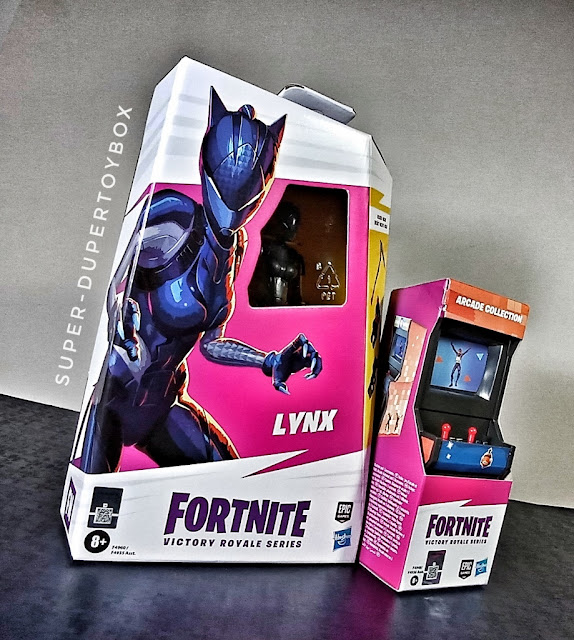 I picked up a couple more Hasbro Fortnite Victory Royale Series items after enjoying the deluxe Meowscles featured in my last post. Like that figure, the packaging was minimal in its use of plastic, the accessories tray constructed of cardstock, and individual pieces wrapped in coated squares of coated paper. Somewhere I'd heard that Hasbro planned to phase out plastic from their packaging in the next few years, and this Victory Royale Series box appears to confirm that goal. 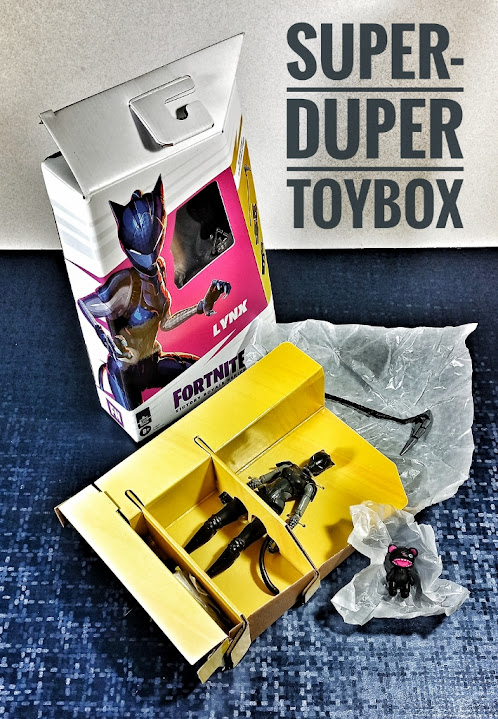 Lynx included a machine gun, scythe, and teddy bear backpack. Like Meowscles, her tail can be rotated, and she has really good articulation- exceptional range in the elbows, in particular. I wasn't crazy about the face sculpts on either figures, but they are otherwise really cool. Full disclosure: I know nothing about the Fortnite video game or characters, so if that's what they look like, then it is what it is. Regardless, these are nice figures with great accessories to mix with my 6" Hasbro Marvel Legends. 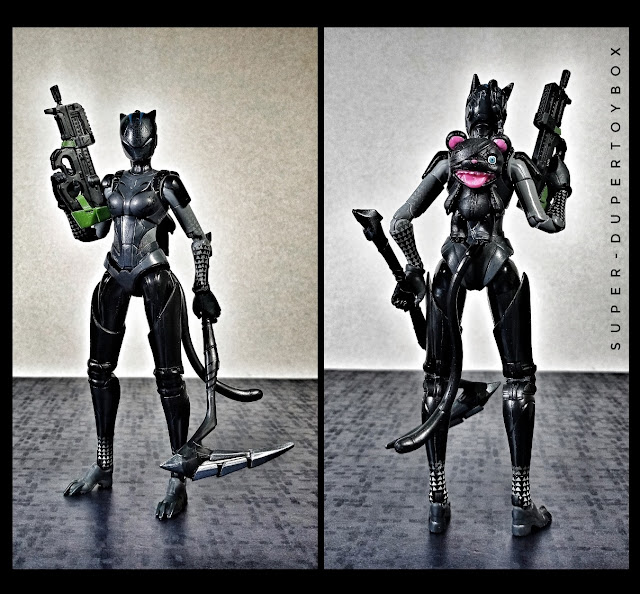 I was interested in the Victory Royale Arcade Machines as soon as they were solicited months ago, as a prop for my 6" Hasbro Marvel Legends, who could also use the weapons packed inside. I was pleasantly surprised by the sturdy construction, and by the accessory hooks on the verso of the locker panel... 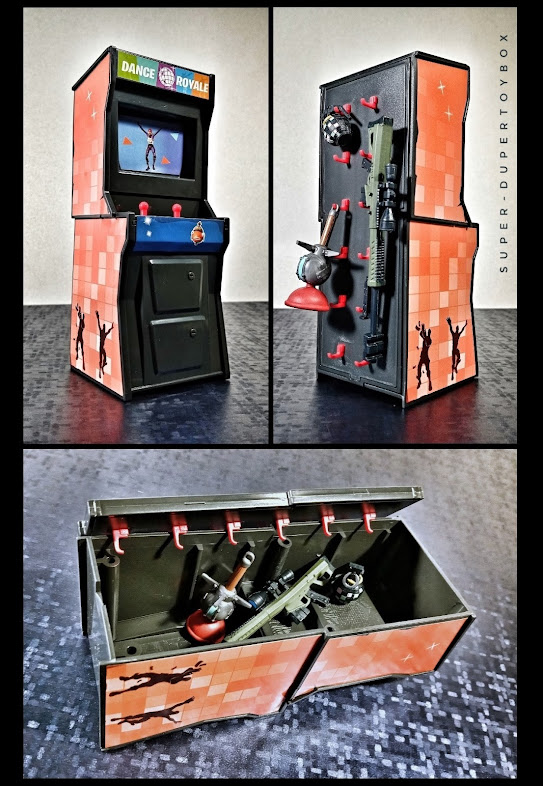 Meowscles and Lynx make quite the pair of feline companions... 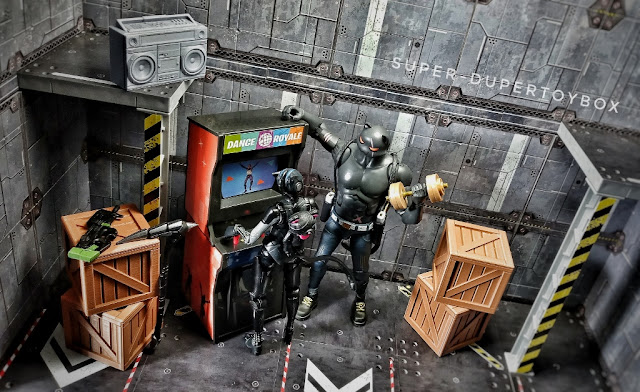 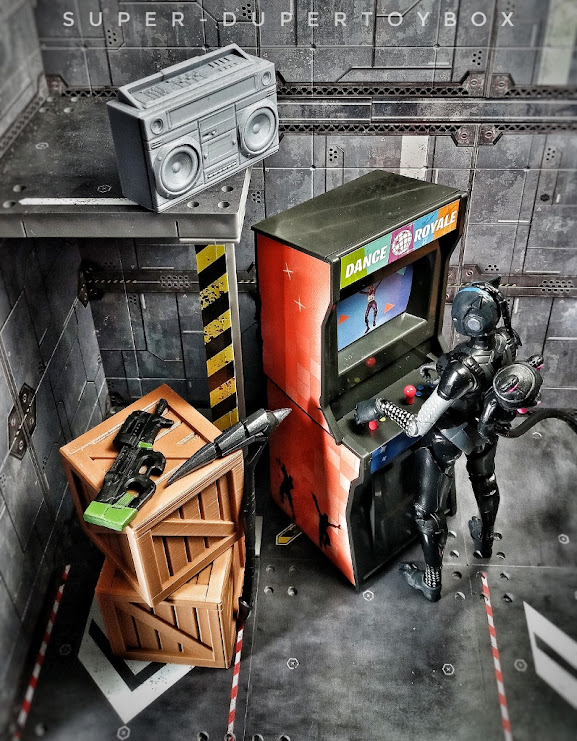 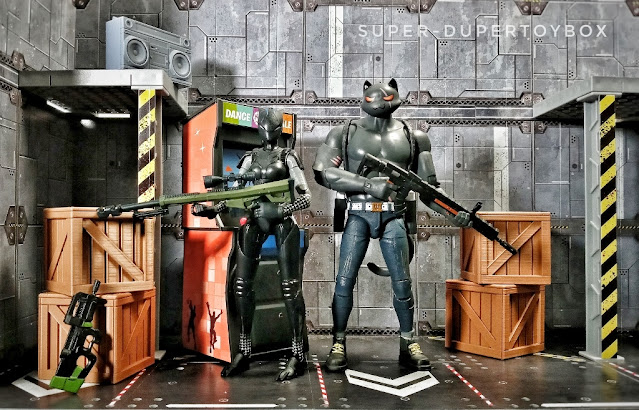 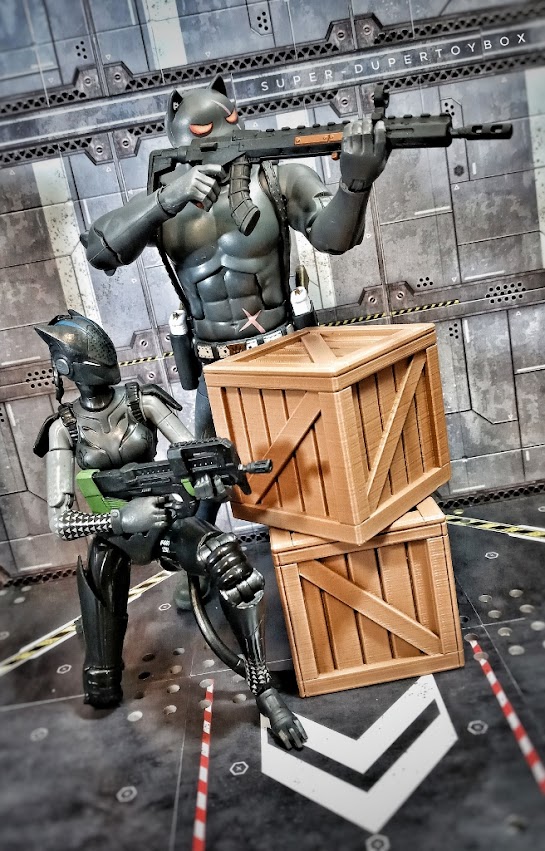 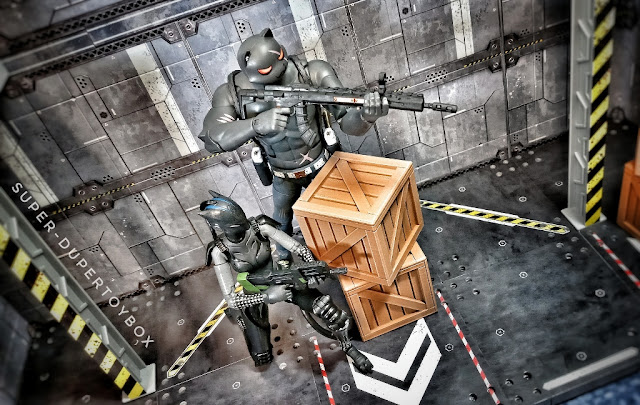 Below, Lynx with another Hasbro feline figure, my Marvel Legends Shuri... 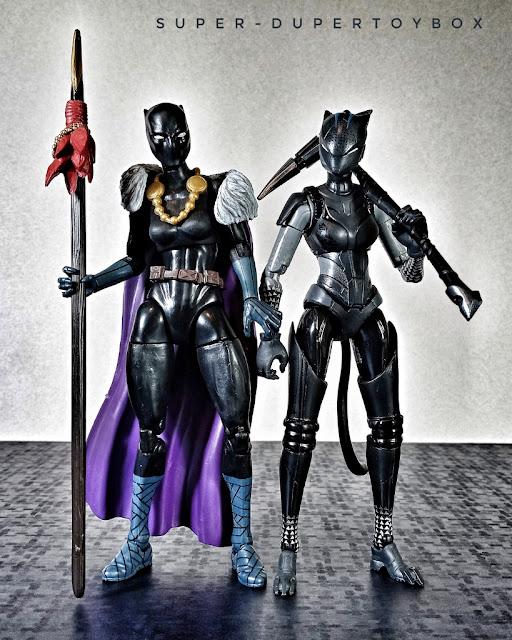 These Fortnite figures also mix well with my Hasbro G.I. Joe Classified figures, like the
Cobra Red Ninjas, who appear to have met their match against Meowscles and Lynx... 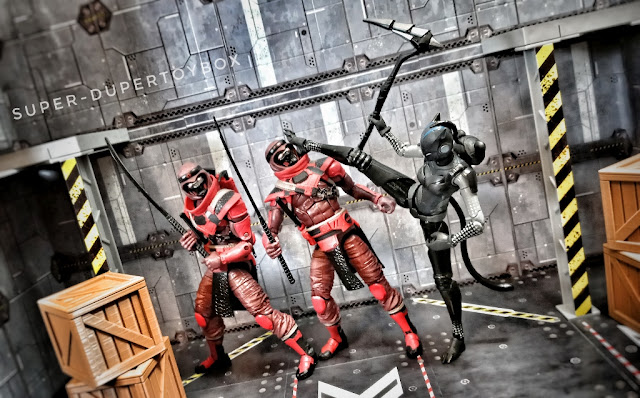 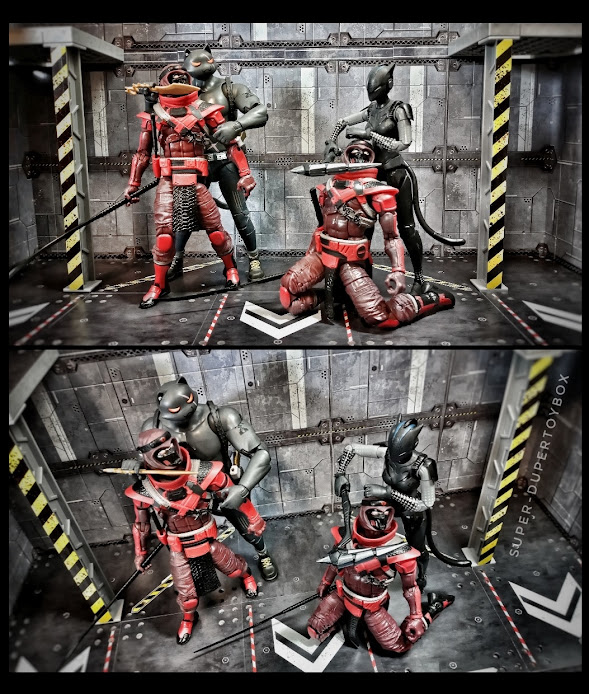 While I don't intend on going all in on these, I will be keeping an eye out for other interesting Fortnite figures and accessory packs that might complement my other 6" Hasbro figures. Lynx fits in with Marvel Legends and G.I. Joe Classified, and would certainly mix with Star Wars Black Series. Recommended. 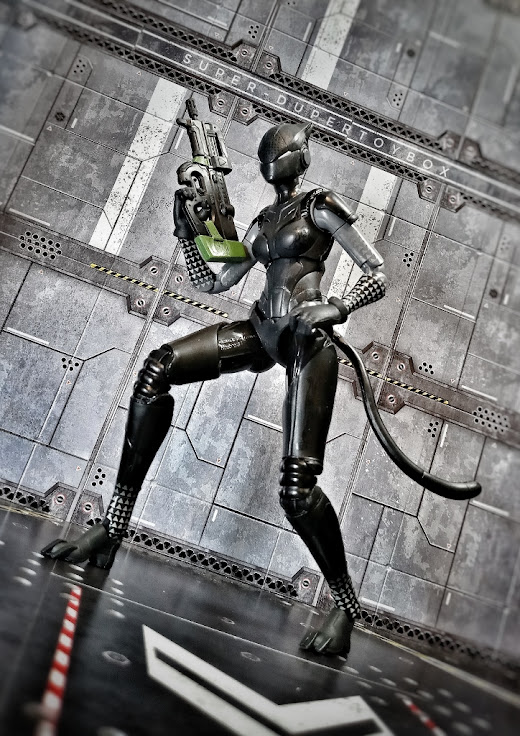