I had MOTU Origins Wave 7  on preorder at BBTS for quite some time, but happened upon them in a local Target a couple weekends ago. I was most excited about Jitsu, a figure from the original Masters of the Universe line I owned back in 1984, but I was certainly interested in the rest of the wave. Check out the video:

Sorceress and Stratos were strait-up repaints of two figures Mattel recently produced in the Origins line, the former a more traditional redeco of the Temple of Darkness Sorceress that was included with the recent Origins Castle Grayskull, the latter a mini comic version of  the Wave 4 Stratos. 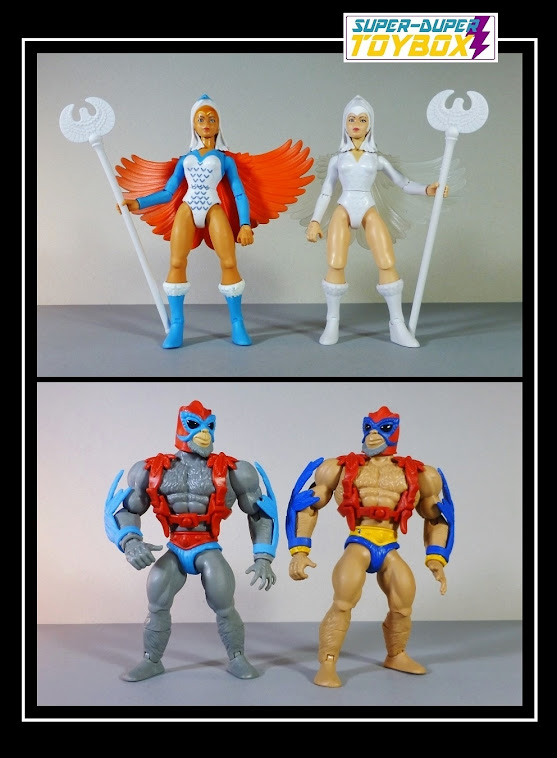 Below, Sorceress and Stratos greet He-Man, arriving at Castle Grayskull in the Wind Raider... 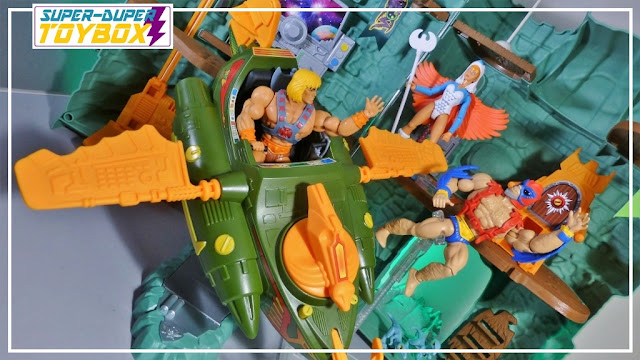 Buzz-Off was a new character for me, having missed his 1984 debut in the original Masters of the Universe line, but I had my original Jitsu until just a few years ago. I loved that Jitsu figure as a child, and couldn't wait to get the Origins version, which didn't disappoint. Neither did Buzz-Off, with his removeable visor... 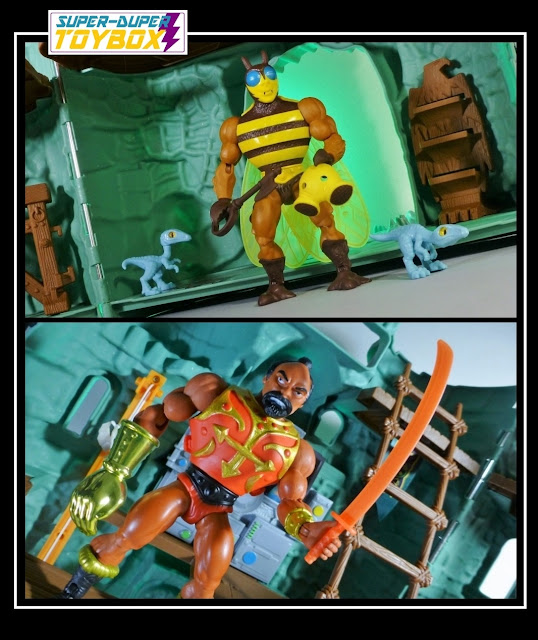 Like the other MOTU Origins figures, Wave 7 included a mini comic, Challenge of Jitsu, including all four characters. Artwork from the original Masters figures, drawn by Alfred Alcala set my young imagination alight. I enjoy seeing these in the new Origins line, and hope it does for kids today what it did for us in the '80s. Visit the Battle Ram Blog to see more about the original mini comics and Masters of the Universe toys! 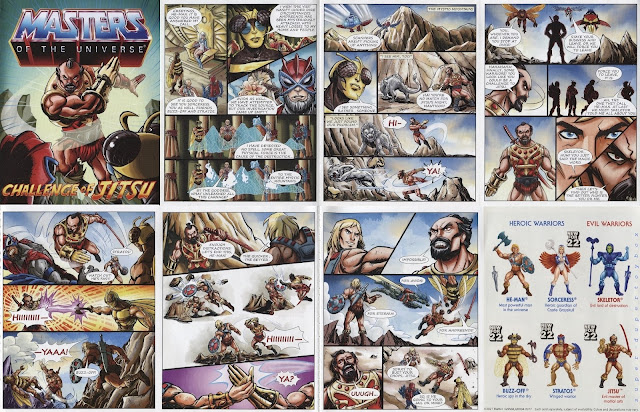 Aside from some small paint QC issues on the Sorceress and Stratos, I enjoyed this wave. I anticipate we will see a lot more from Mattel in the Origins line in 2022, and am looking forward to it- the nostalgia this line aroused is palpable! Hands down, my favorite action figure line of the last year! 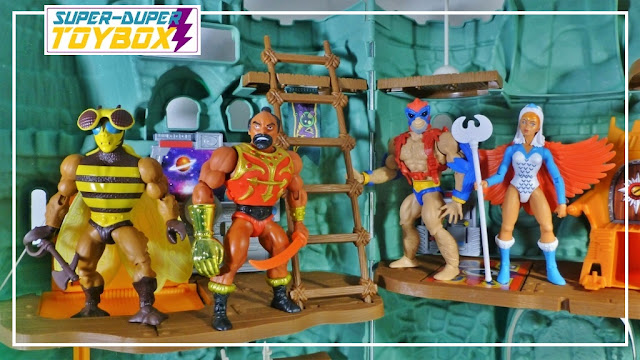