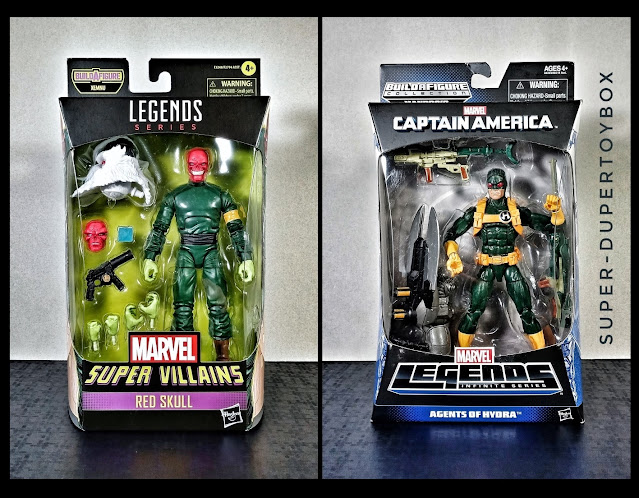 I'd been interested in a few of the Marvel Legends Super Villains Wave since they dropped months ago, and after cashing in some Amazon points on Red Skull, I hunted down a couple Hydra Soldiers on eBay to flank him in battle. Though several years apart in release, their garish colors complement each other well, looking like they walked right out of a comic book. 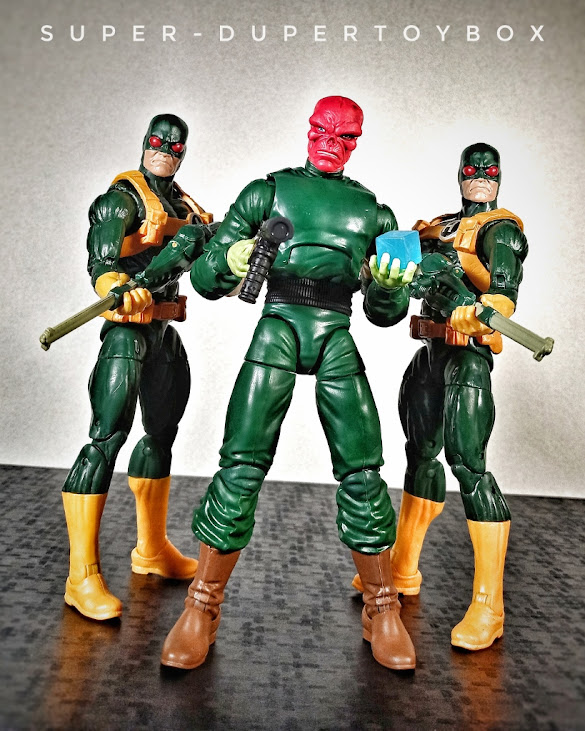 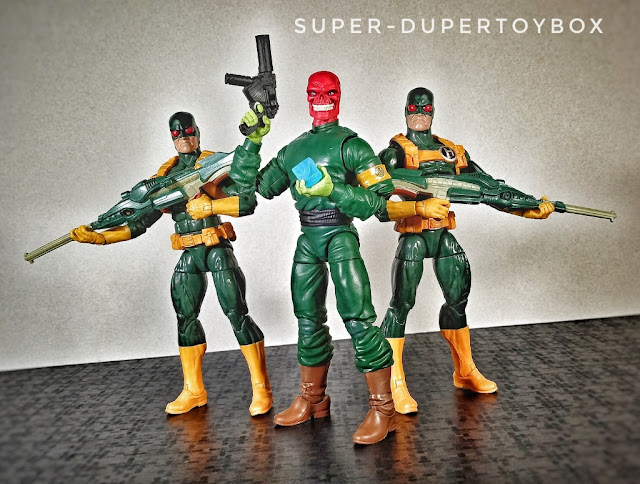 You can order a reissue of this figure from Hasbro Pulse for about the same price I paid for these with a slightly different paint and more conventional looking weapons, but I actually like the oversized, green heavy assault rifles these two came with. It fits the figure's comic book aesthetic. Toys 'R Us released a deluxe Hydra Enforcer/Soldier 2pk in 2017 that currently goes for a hefty price on the secondary market as well, if you are really looking into army building. Hasbro has been giving us similar options with A.I.M. soldiers and scientists, and has more recently sold out their Hellfire Club Guard on Hasbro Pulse. My only complaint is the somewhat clumsy ab crunch ratchet, but these Hydra soldiers have really good articulation and look fantastic! 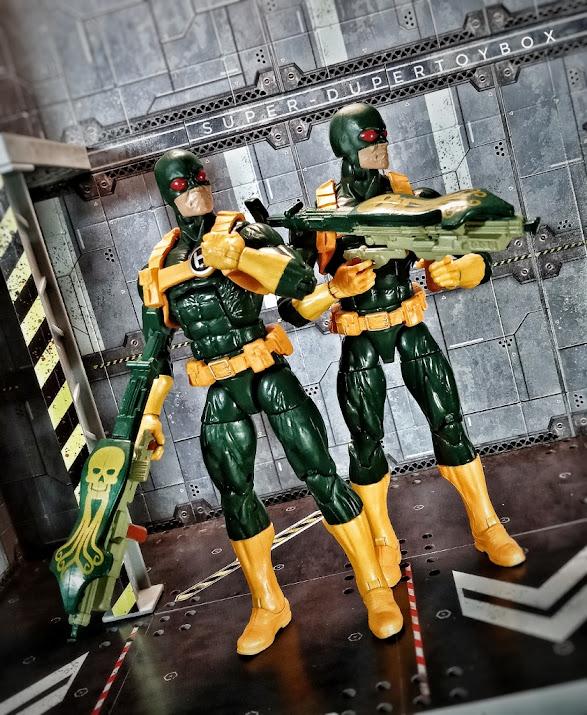 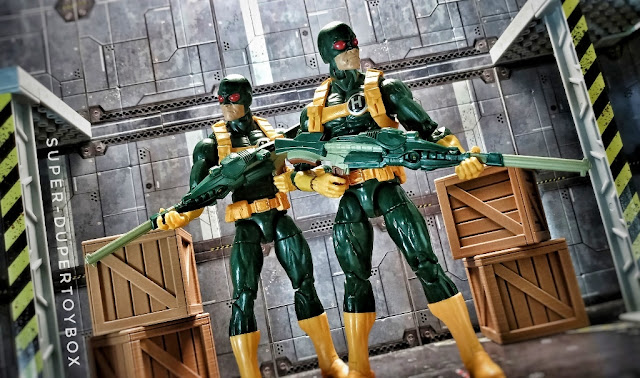 The Marvel NOW! Captain America I picked up back in 2014 was a wave mate of this Hydra Soldier. I didn't start collecting Marvel Legends more earnestly until three years later, ironically while selling some of the Marvel Legends I had sporadically collected in the years prior. That Captain America Wave did have a Red Skull in it, which was basically a Nick Fury in trench coat with Red Skull's head popped on. This more classic Villains Wave Red Skull was huge upgrade, to say the least, and my preferred look for the character. 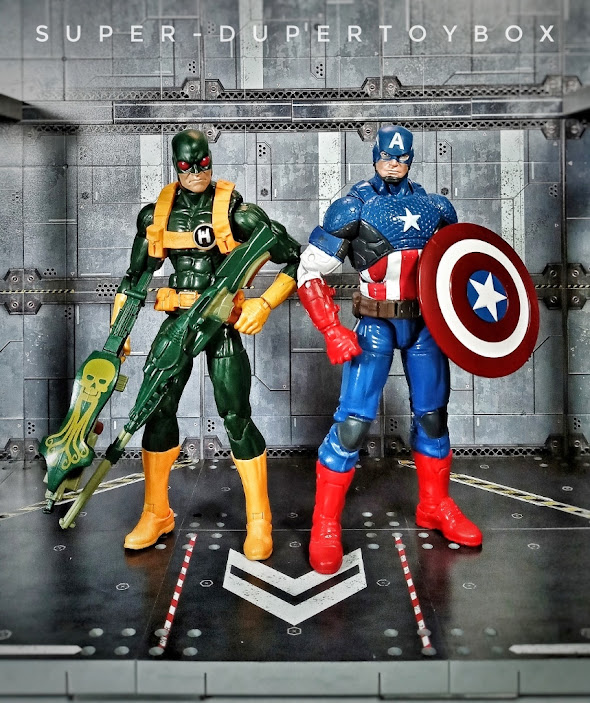 While I had the Marvel NOW! Captain America out, and Red Skull was being discussed, I thought I'd stand him next to my Contest of Champions Civil Warrior and 80th Anniversary Captain America. 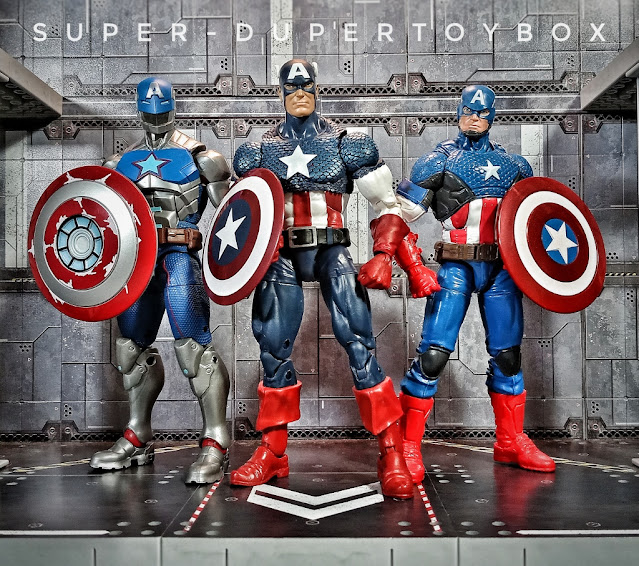 My Marvel 80th Anniversary Captain America pairs nicely with Red Skull, and is tough enough to take on the head of Hydra and his goons. I've had my eye this Red Skull for many months, and it's great to finally stand him next to Cap! Red Skull came with two extra sets of hands, an alternate head sculpt, tesseract, and machine pistol. An example of Hasbro's most updated buck, this new sculpt is pinless, with wide ranging, smooth articulation. 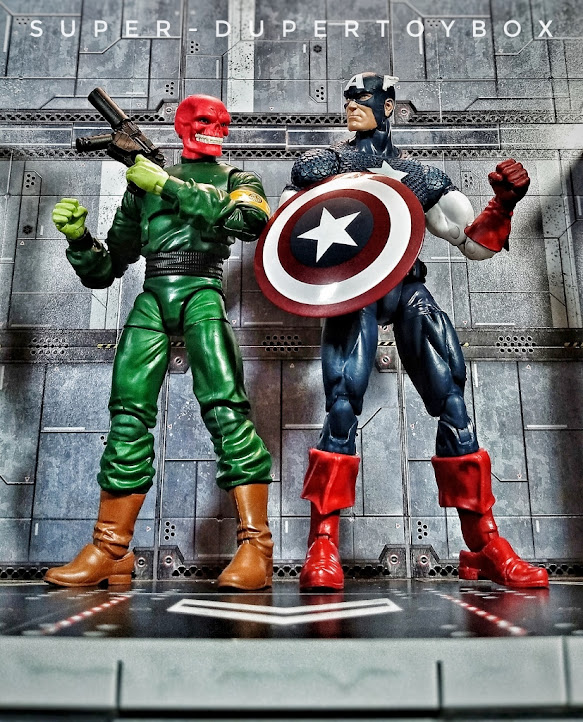 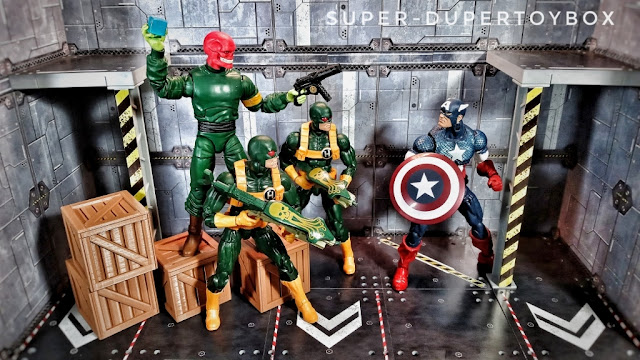 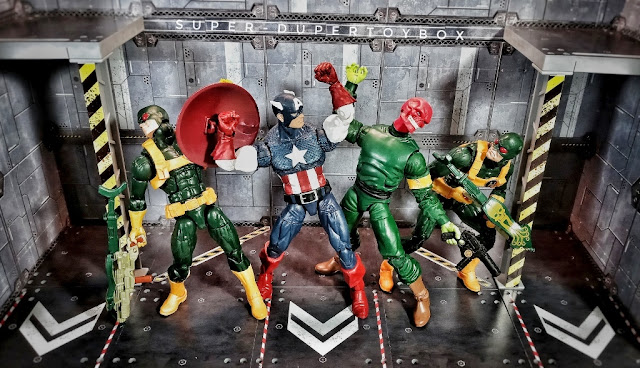 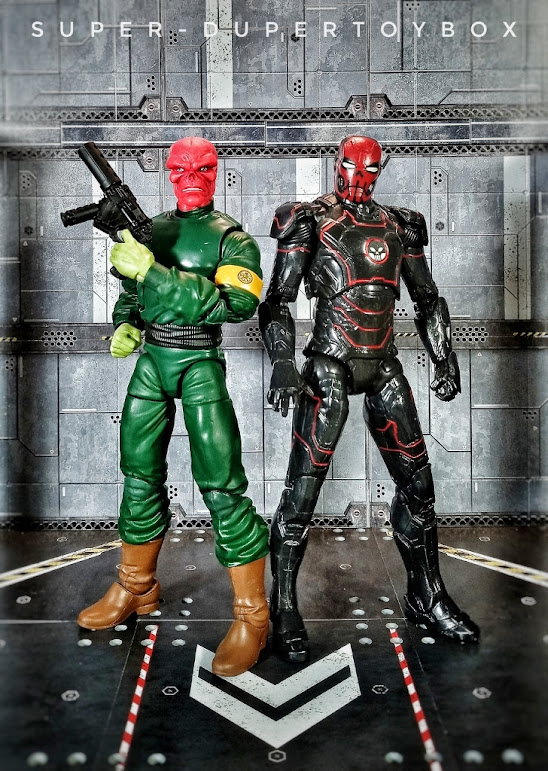 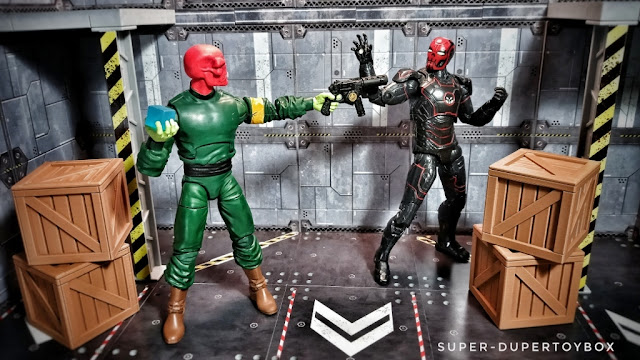 The other Red Skull action figure I have is my ToyBiz Marvel Famous Covers Red Skull. As a childhood fan of Mego World's Greatest Superheroes, I was naturally drawn to this late '90s line of figures featuring soft goods outfits... 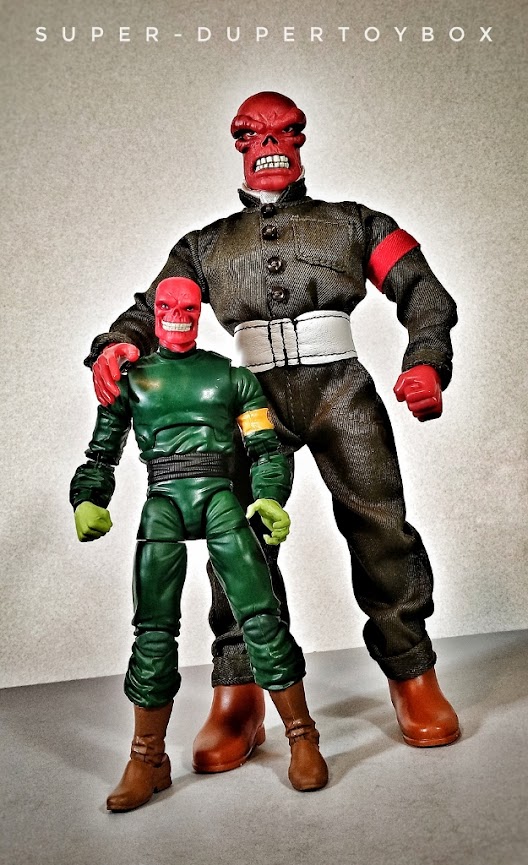 And finally, Red Skull pictured below next to some of my other Marvel Legends villains:
Klaw, Loki, Kang, Doctor Doom, Ultron, and Scourge... 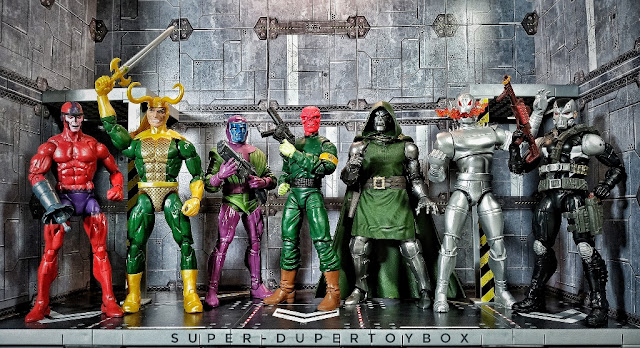