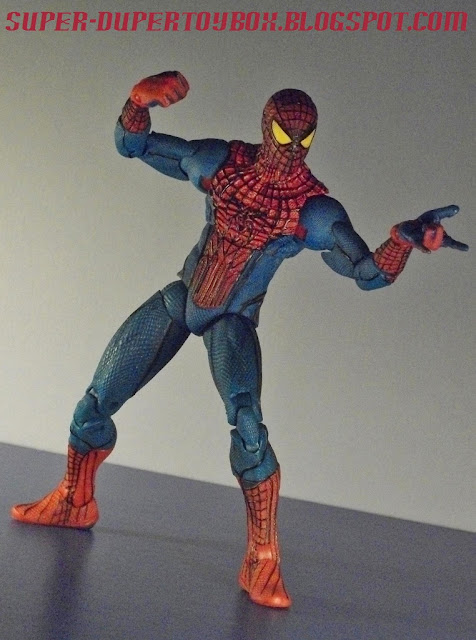 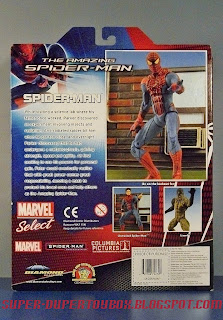 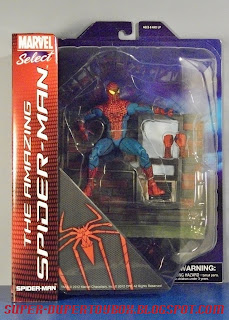 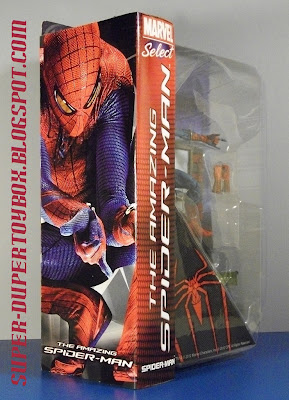 I've said before that I really liked the new costume for The Amazing Spider-Man, so when I saw Marvel Select's version come out, I was thrilled. They've been expanding the articulation on these with their last several releases, and where Spider-Man's concerned that's a good thing. For a long time, Marvel Select chose to focus on sculpt and paint, leaving articulation to Hasbro's Marvel Legends. Lately the line has began to blur however, with Hasbro releasing better looking figures, and Marvel Selects getting the kind of joints usually found on the prior. The packing on these is ridiculous in size yes, but I love the side panel art- this one looks particularly ...amazing! 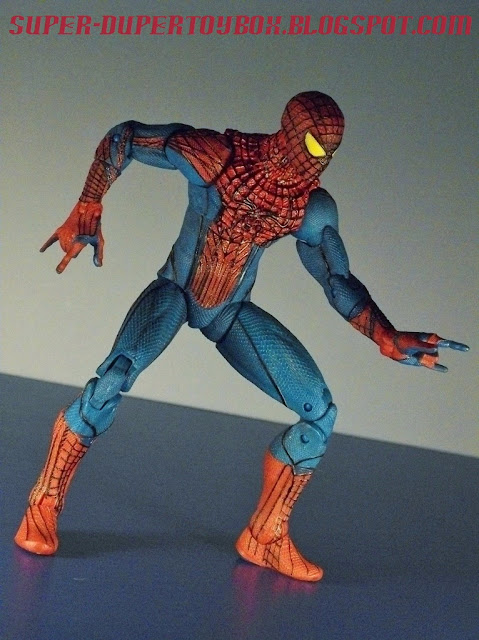 As almost always, Diamond Select produced a nice looking figure. The texture on the suit in extremely detailed, and the paint apps really look good. His eyes are yellow like in the recent feature film and have a subtle honey-comb texture that looks nice in person. I feel like the webbing lines are too thick or raised too high, making the chest area look too busy, and the blue is too light, but he's a cool looking figure overall. 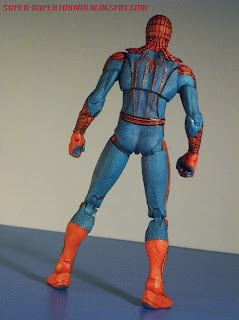 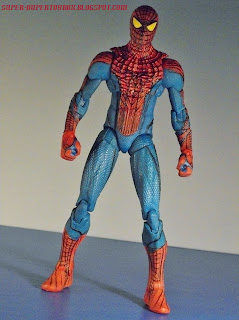 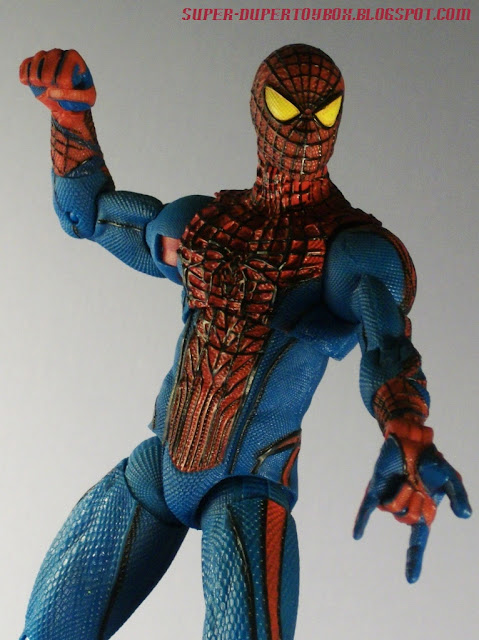 They gave him an extra set of  fisted hands, that are kinda tough to pop off and on- be careful with that forearm peg! I'm unsure if I feel both sets may be slightly large for the body, but they were expertly crafted, and are hinged as well. Nice! 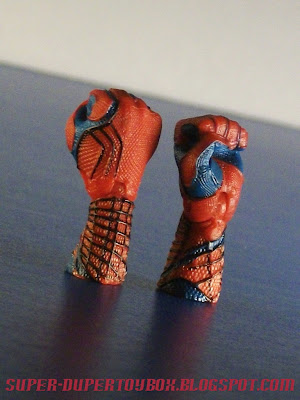 I have yet to see the movie, but the suit looks relatively close to the one Andrew Garfield wore in the previews. Gold eyes would probably have been better, but in person they look more subdued than in my pictures. The lighter blue does show off the suit's texture, and the spider insignia on his back was meticulously sculpted and painted. 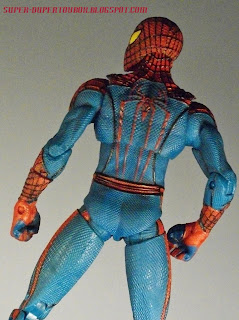 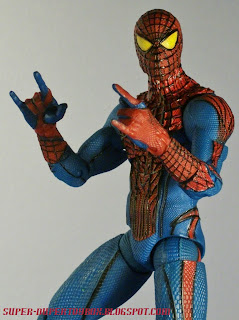 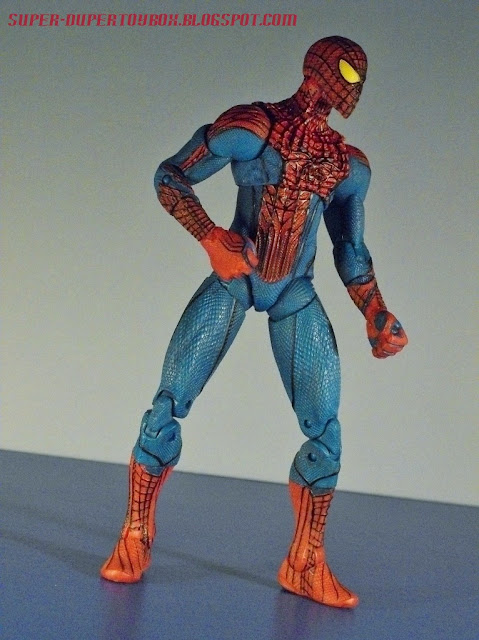 I'd describe this figure as very well articulated, capable of many posing options. Spidey has hing-swivel shoulders & hips, the latter sporting an additional swivel at the top of the thighs like a lot of the Hasbro figures. Single hinges in the  elbows, but bicep and forearm swivels with hinge-swivel wrists. Double hinges knees lead down to swivels and Spider-Man's boot tops, and below are hinged ankles that have those wonderful rocker joints to help his feet stay flat. The chest joint has acceptable range from side to side and forward, but doesn't move back much. And I've seen a more expressive ball joint on a Marvel Select- an additional hinge would have been nice since they put them in his wrists. 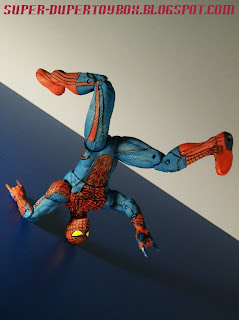 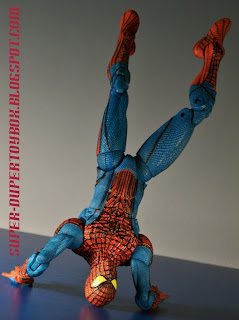 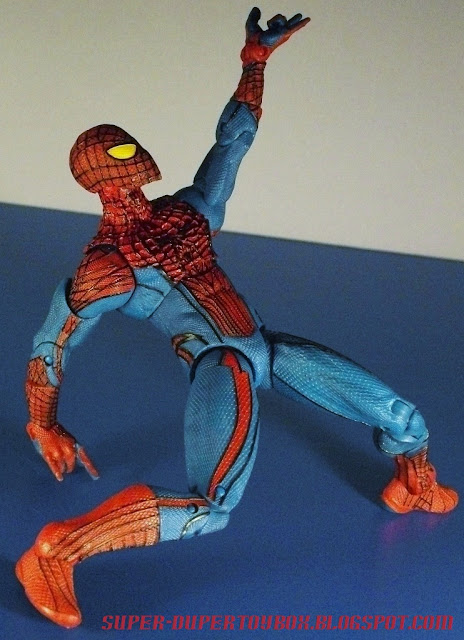 The figure I picked up has both a loose left hip with a weak knee joint to further complicate the issue, and that's a shame. It didn't stop me from photographing this otherwise awesome action figure, but it was some work. I've had joint issue with a couple Marvel Selects, but it happens in almost every line of action figures. 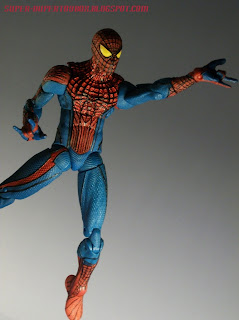 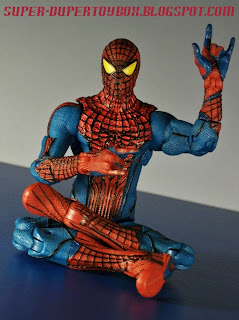 The base included with Spider-Man is simple but really well done, the air conditioner hanging out of the window really looking used, and the tanished pipes and stained concrete finishing the illusion. Very convincing! I must say, the Diamond delivers some great diorama bases, even if they are somewhat cumbersome. there are pegs in the brick wall, and a slot in back to attach the base to your own wall, which is how I'll display mine. 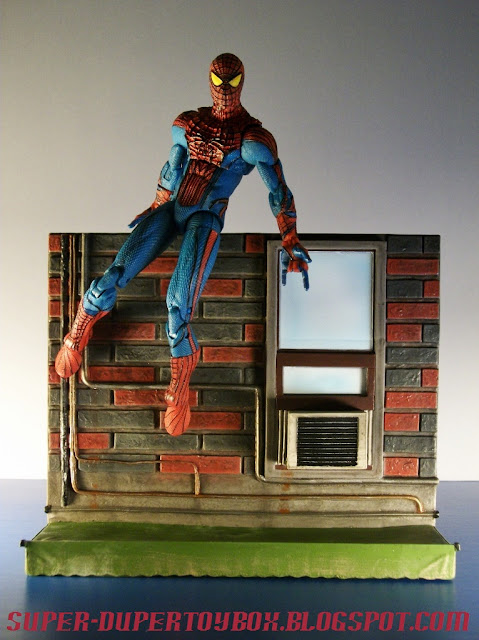 The first, most obvious comparison would be with my 3 3/4" Hasbro Movie Series Ultra-Poseable Spidey, a great little action figure I found a month ago! The Hasbro Amazing Spider-Man has white eyes, but has silver soles on his feet, like in the movie. 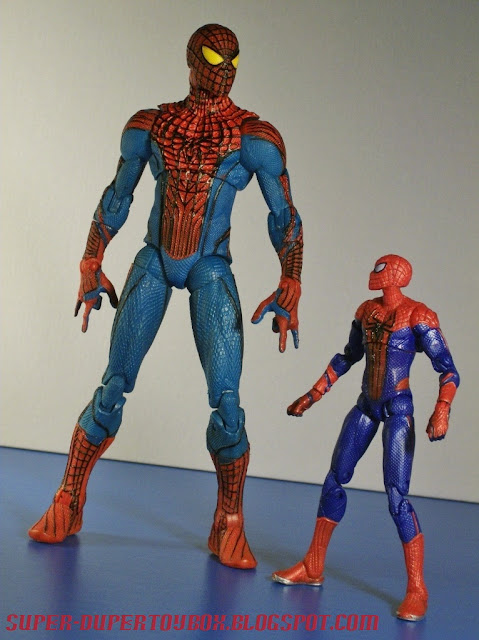 Marvel Selects are a little bigger than the 6" Legends class action figures, Scarlet Spider produced by Hasbro on the left, and First Appearance Spider-Man on the right, produced by the original Legends toymaker ToyBiz... 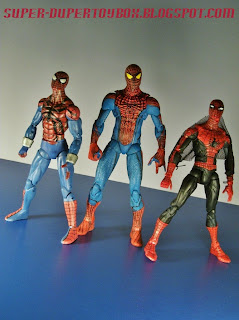 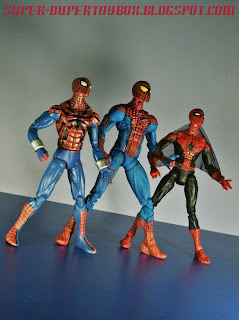 My Marvel Select collection continues to grow, three or four still in their packaging. From left to right:  Captain Marvel, Thanos, the Amazing Spider-Man in front of Marvel Select Avengers Hulk, and Stealth Armor Iron Man... 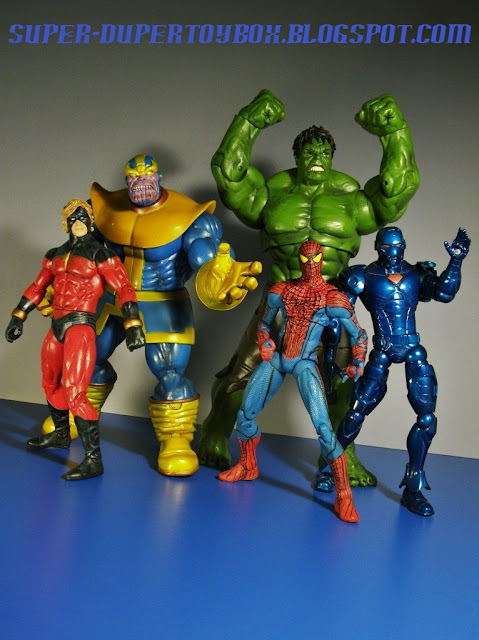 More Later-Make It FUN!
Posted by Super-Duper ToyBox at 2:26 PM