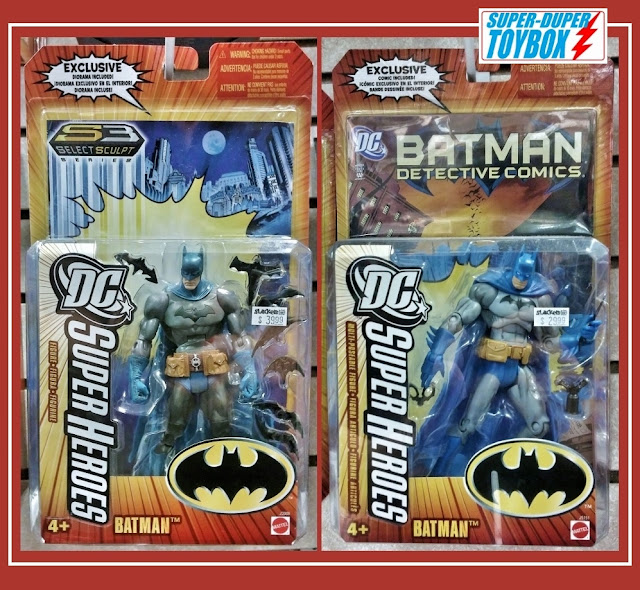 Some more sights I took in during August checking the local action figure retail scene, this batch mostly from local resale shops V-Stock & Slackers! Pictured above and below, 6" DC SuperHeroes. predecessors to the hugely successful DC Universe Classics line which I collected several of during their run. These were some of the first.... 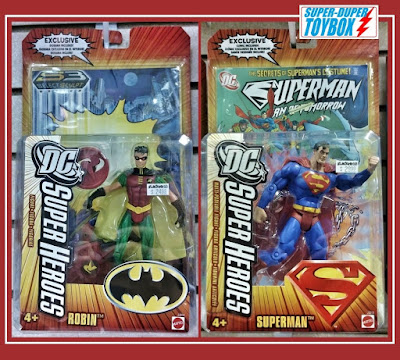 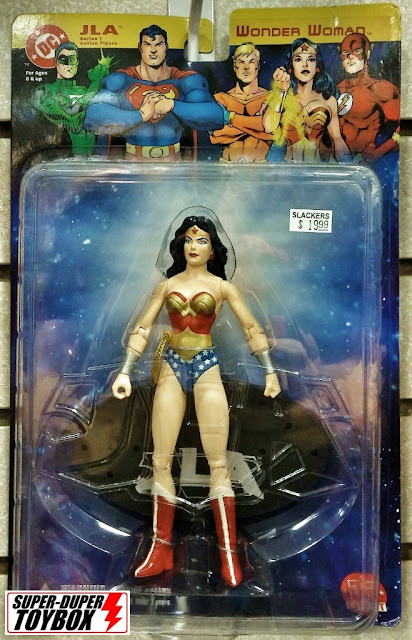 Now I collected more the 10" scale of '90s Toybiz figures two or three years ago, but I admire these smaller figures of this era for the same charming simplicity. If there was a sale I may have picked these up...

Pictured below, the new Gentle Giant Secret Wars Spider-Man, enlarged reissues of the popular '80s action figures I loved as a kid. Still have my Dr. Doom! I hate that these are going for such outrageous prices- I'd own some if they were priced more reasonably. 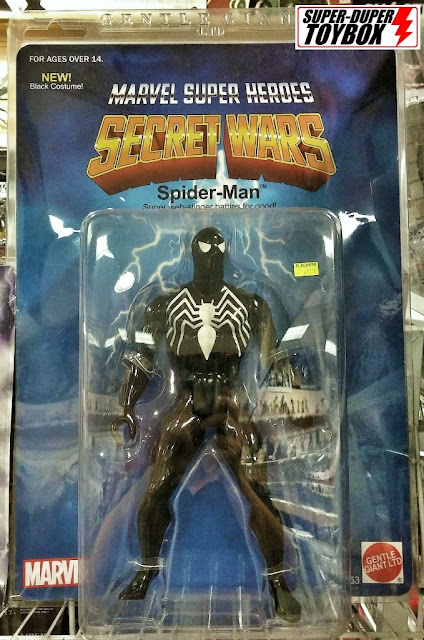 Below. some of the processors of the 3.75" Marvel Universe figures, which have been rebranded at least a couple times since I stopped collecting them, first as the Infinite Series, and now just under the Legends Series banner like the 6" and recent 12" figures. Though not listed on the Marvel Universe Checklist on ItsAllTrue.Net, these obviously predate the inaugural 2009 lineup of the highly articulated figures... 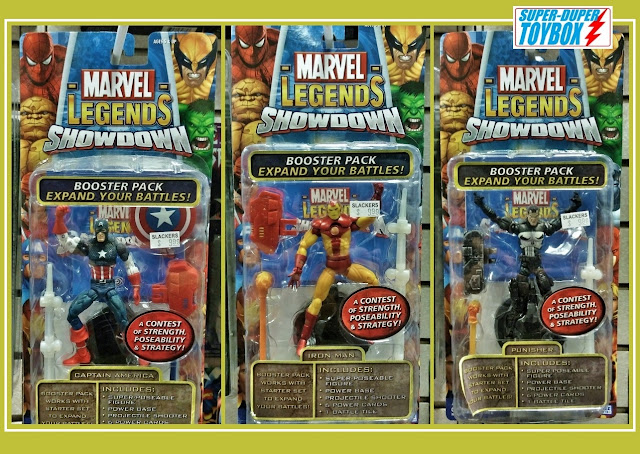 I'm unsure when the die cast figures pictured below were produced, but they sure have that '90s ToyBiz charm! I was particularly fond of the Human Torch/Dragon Man 2-pack! Like a lot of the Marvel ToyBiz figure lines, these have their own team franchise marquee, Fantastic Four, Spider-Man, X-Men, etc.... 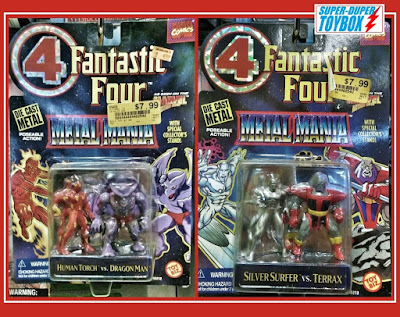 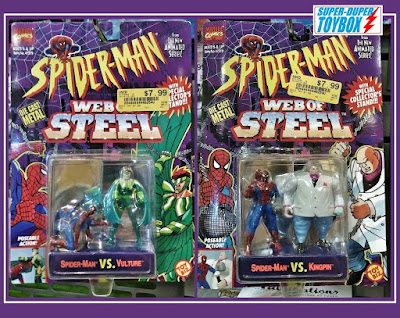 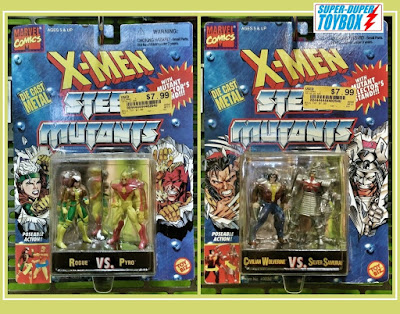 And finally, a new Power Rangers line I discovered running through TRU afterward- a little off this post's theme, but I thought they looked cool! Though I was not into the Power Rangers during their '90s heyday, I've collected a few Sentai/Power Ranger figures in the last year or so, interested mostly in their uniform aesthetic. I've bought a few domestic Bandai, as well as several of the more detailed imports... 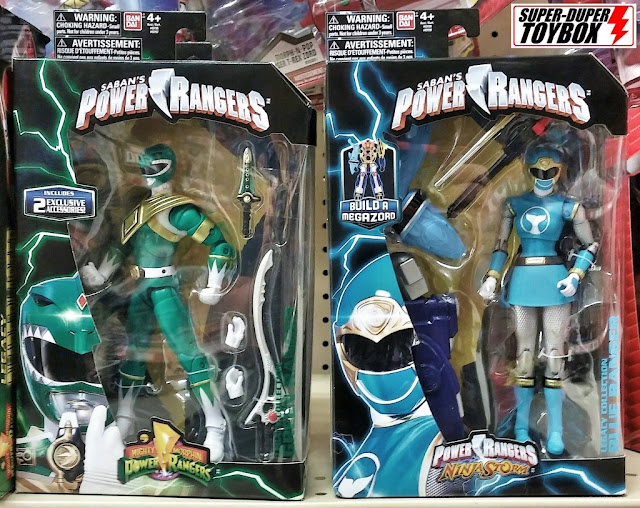 Posted by Super-Duper ToyBox at 8:30 AM