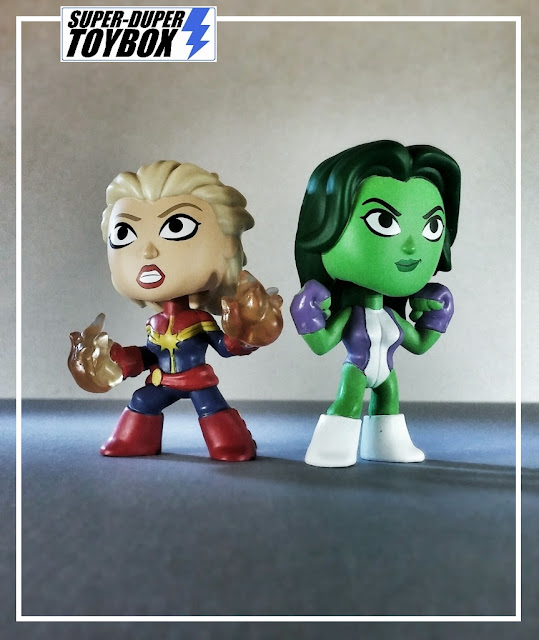 I couldn't resist these 2.75" Funko mini bobbles found on eBay. I had just seen them secondhand at twice the price the night before at local retail, and looking them up later that night, found them sold together for a reasonable price. I have a handful of Funko POP! I love, and thought these would make fun companions!

My phase of hitting the local comic shop for new titles on a regular basis seemed to fade a couple years ago. Though initially been caught up in the DC New 52 and Marvel NOW! excitement, I was following too many other titles and missed out on most of Carol Danvers assuming the mantle of Captain Marvel. I went through a Mar-Vell nostalgia trip around 2011-2012, so Carol's new assignment had caught my eye, but I never caught up. Still, I love the idea and the outfit. She's super cute as a mini bobble! 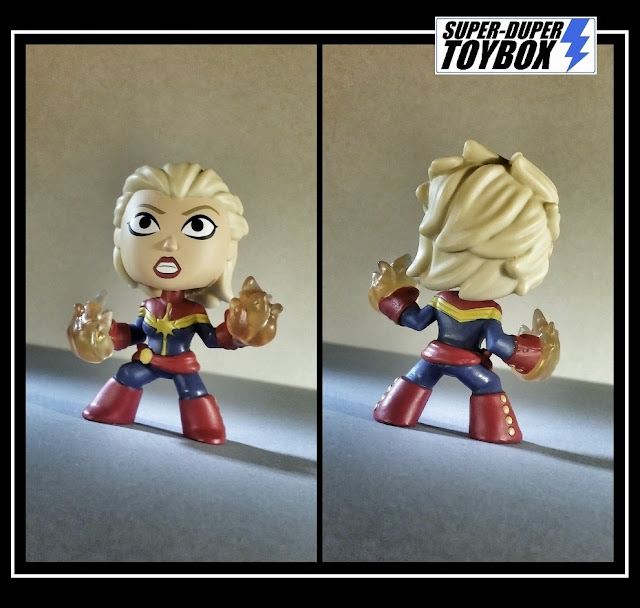 Unlike Carol Danvers Capt. Marvel, I did jump on She-Hulk's Marvel NOW! title a couple years later in 2014. I had just read John Byrne's first installment of Sensational She-Hulk from 1989, and had a brief fling with the Green Goddess. I love the styling of this mini bobble with the purple gloves and cute little tush! Would be fun to have a Fantastic Four variant of this! 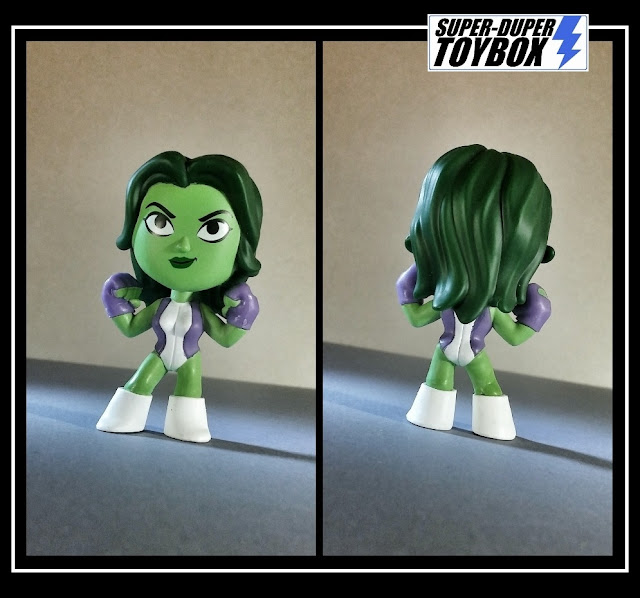 Below, Capt. Marvel and She-Hulk with the Funko POP! Archangel from my last post... 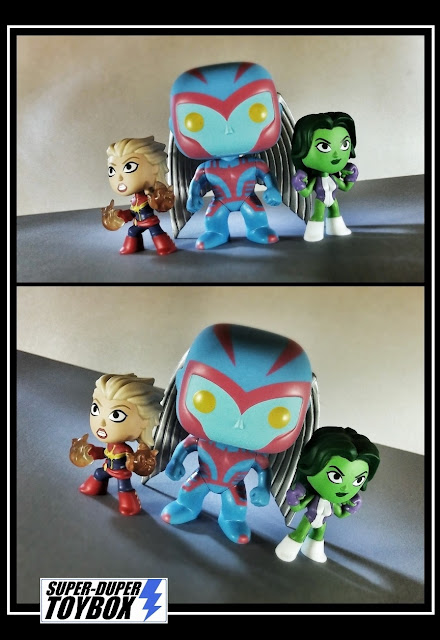 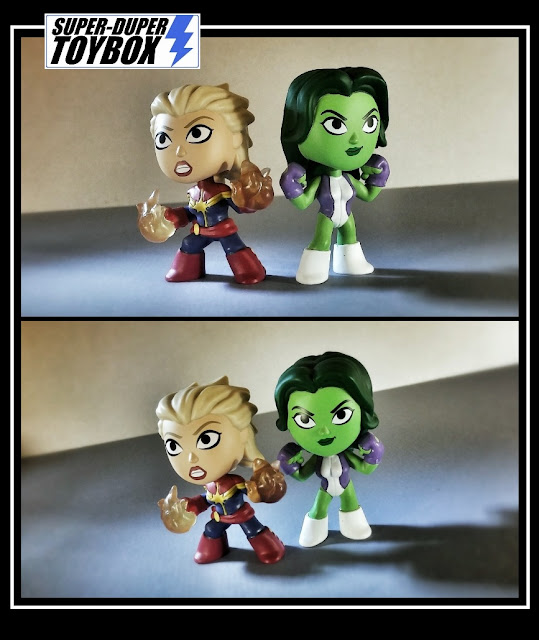 Posted by Super-Duper ToyBox at 9:31 PM