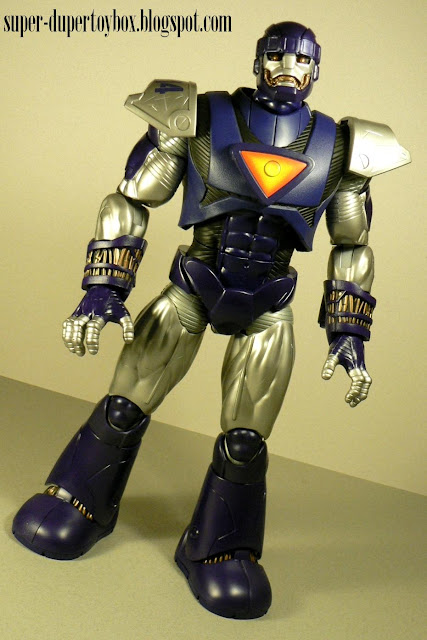 What can I say about this super-fun toy? Wow! I fell in love at first sight when I found out about it. A SanDiego Comicon exclusive of this was released just this summer in a different color scheme, packed in a giant blister card designed like the 3 3/4" Marvel Universe figures. Rumor has it that this one will also be released soon, but I didn't want to miss a chance at getting this, so I threw down for him as soon as I saw him at Toys 'R Us over a month ago. While I'm not into Transformers and stuff, I feel love for giant robots is a universal thing among toy collectors  :)


This retail release of the 16" action figure didn't come with a giant blister card, but in a beautiful window box with a fifth panel door on the front.. 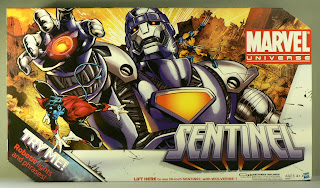 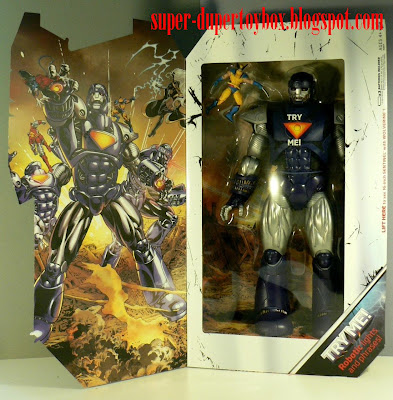 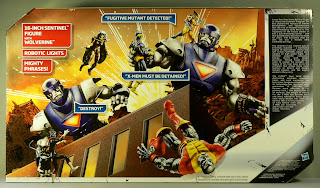 Sentinel's articulation is like that of many of his 3 3/4" counterparts:  he has ball-hinge shoulders, a cut/swivel joint at the bicep & forearms. While there's no upper abdominal crunch, he has a cut joint at the waist, upper thigh, & just below his double-jointed knees. His hips are a ball-hinge, his head on a pretty expressive ball joint, and his ankles allow only a slight back &  forward, as well a side-to-side rocker joint. Like everyone else, I would have liked some articulation in the fingers, but he does seem to hold the smaller Marvel Universe figures easily. 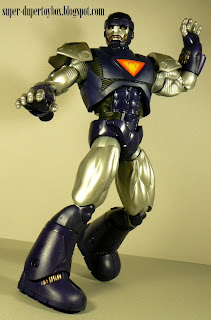 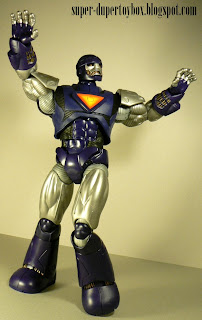 Sentinel's eyes light up and he says 17 or 18 phrases with sound effects when the button on his chest is pressed, which is my cup of tea  :D   My favoite is the one with the crowd screaming in terror- creepy! Sentinels are the longtime antagonists of the X-Men,  introduced in issue #14 in 1965. The 30 foot tall, flying robots fire energy blasts, and become more dangerous each time the X-Men face them due to their tactical thought capabilities, enhancing their counterattack. Developed by Dr. Bolivar Trask to protect  humanity from the Mutants, the robots turned on their creator, kidnapping him and Professor X after being introduced during a live televised debate between the two. Dr. Trask realized his mistake when saved by the X-Men. Later Dr. Trask's son Larry would be slain by resurrecting his father's creation, unaware of his own mutant genealogy which the second group of Sentinels sensed. 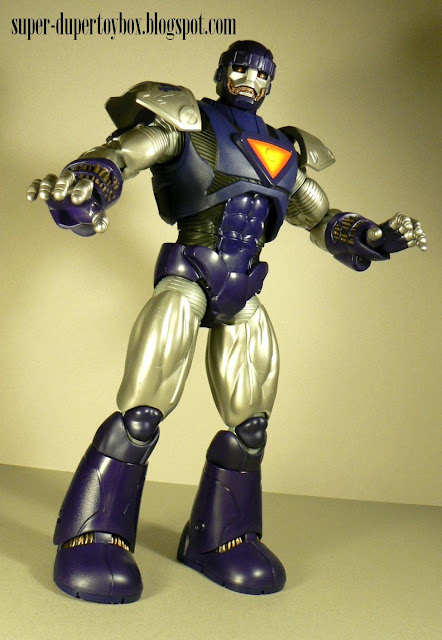 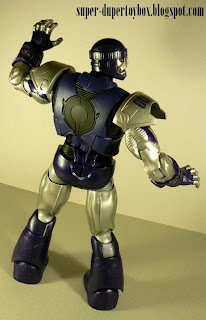 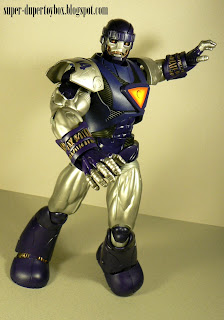 This retail release of Sentinel includes a 3 3/4" Wolverine as well, which looks like the same one included in the Giant Size X-Men box set to me. He's not one that I have so he's a welcome addition to the other (laughs) four Wolverines I already have  :D   He has a decent paint job & standard articulation: he has ball-hinge shoulders & swivel-hinge elbows, cutting the need for a bicep swivel. He also has a hinge-swivel under his head so he can look up. Again, I prefer the ball-hinge hips featured here on Wolverine as opposed to the new ball & socket- they're more dependable & a better all-around range of movement. The soles of hit boots were carefully painted black, which struck me as somewhat deluxe. 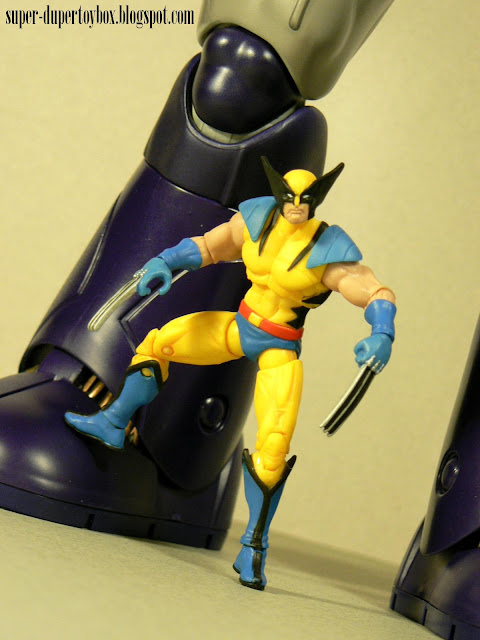 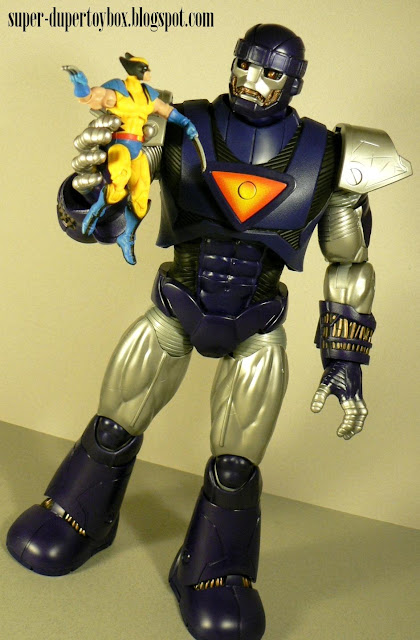 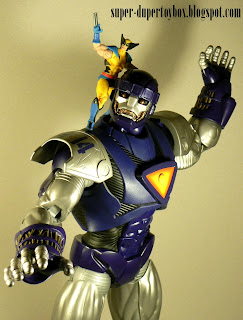 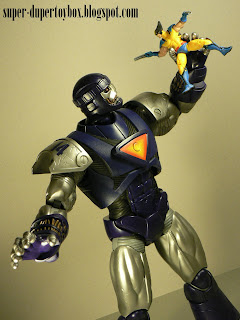 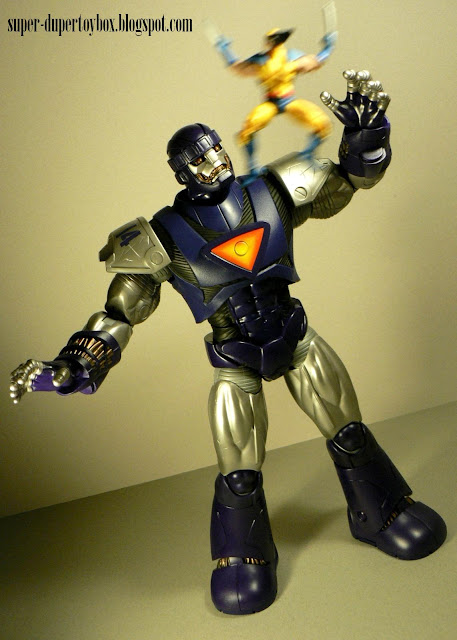 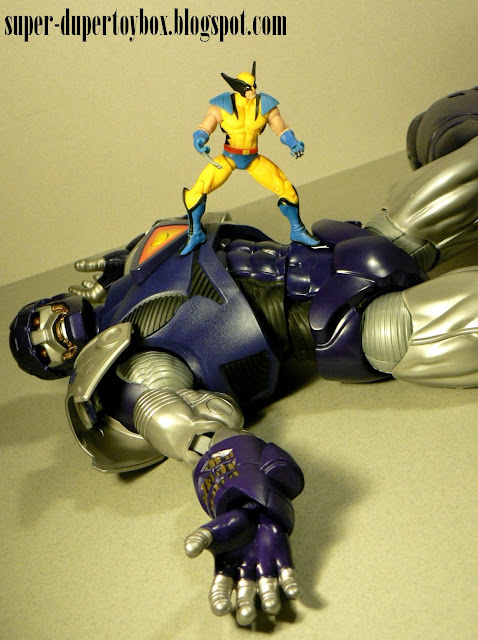 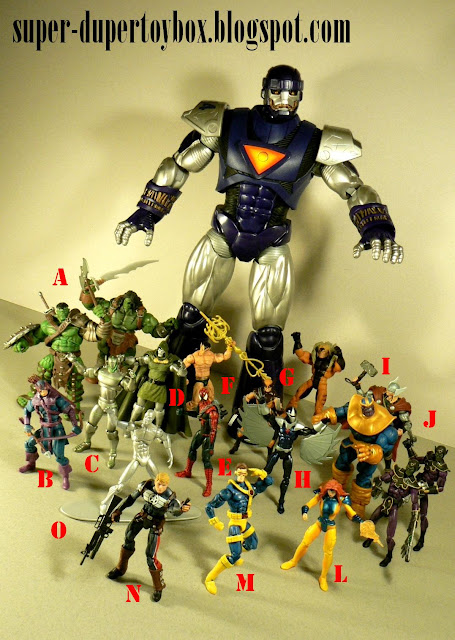