I've been slowly building a collection of these Marvel Legends Retro 3.75" figures for the past year or so, acquiring Vision, Storm, and Stealth Iron Man recently on GameStop's website at a decent price. I've only enjoyed these on card so far, a big part of their appeal with the great artwork and throwback styling. Below, the 3.75" Retro figure with their 6" Marvel Legends counterparts, Vision, Storm, and Stealth Iron Man. 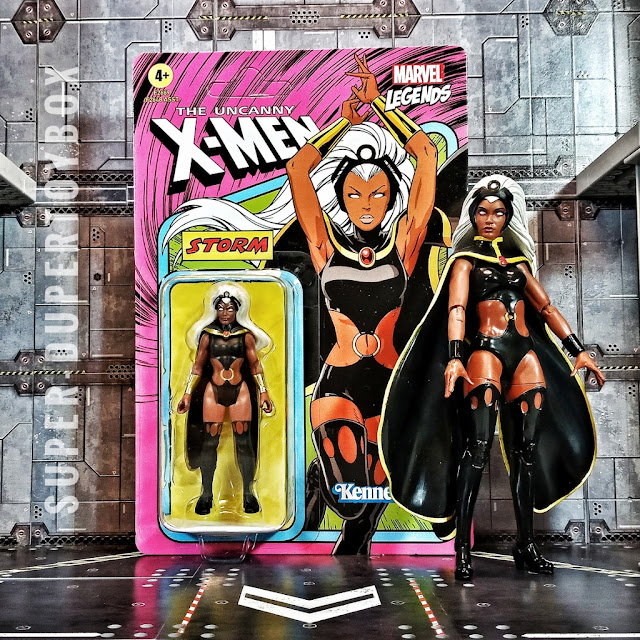 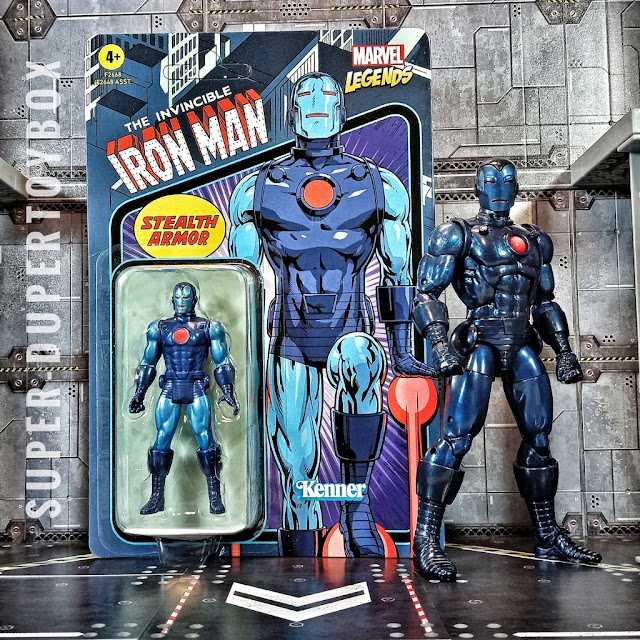 I'm a big fan of Vision, so I was happy to get him in particular, but it was nice to get another X-Men character with Storm, in her classic outfit nonetheless. I had the 3.75" Classic Iron Man, but quite fond of his Stealth mode, and have collected some blue Iron Man figures over the years.It's Ironic I sold off most of my 3.75" Marvel Universe figures only to start collecting these, but as a kid raised on 5-point Star Wars figures, there's a nostalgia engrained  into my soul. They also remind me of Hasbro's Marvel Secret Wars figures, which were larger, but simple in articulation, colorful, and simple.Good ingredients for a fun toy. Recommended! 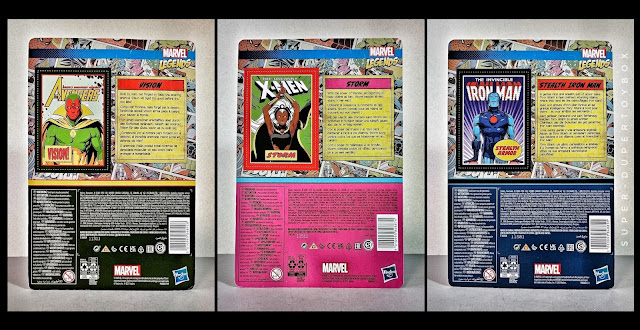