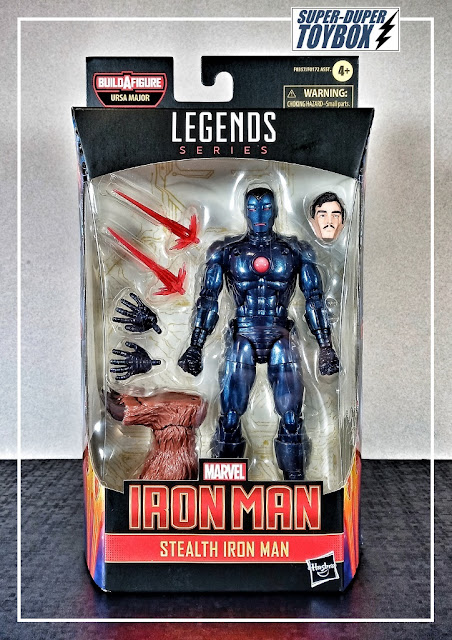 I passed on this blue Mark XV Stealth Iron Man a couple times, lamenting the number of figures in my Marvel Legends collection on this very same buck, but eventually gave in due to my love for variants and this updated Iron Man body. Tis is the Iron Man buck we've always wanted- big enough to look like a man in an Iron Man suit, with great articulation, and comic book accurate. See my post on Invincible Iron Man #152 from 1981 to read about the first appearance of the Stealth Iron Man armor! 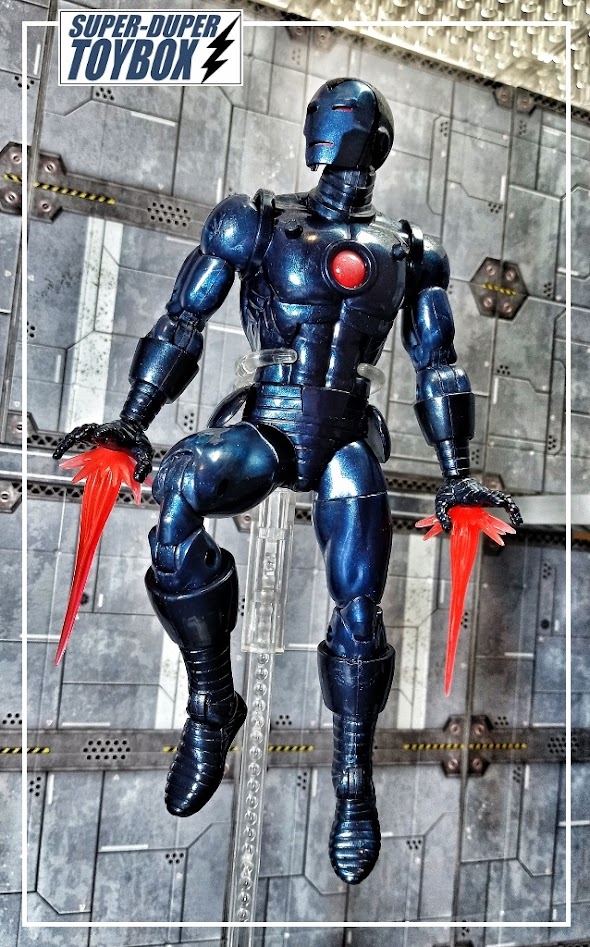 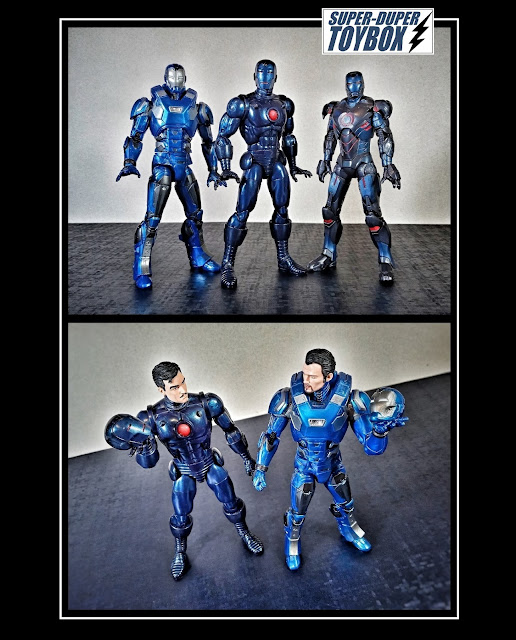 Also in my 6" Marvel Legends collection is the blue Iron Monger BAF from the Iron Man 3 Wave in 2013- it's articulation is limited due to his bulk, but is dazzling to look at.... 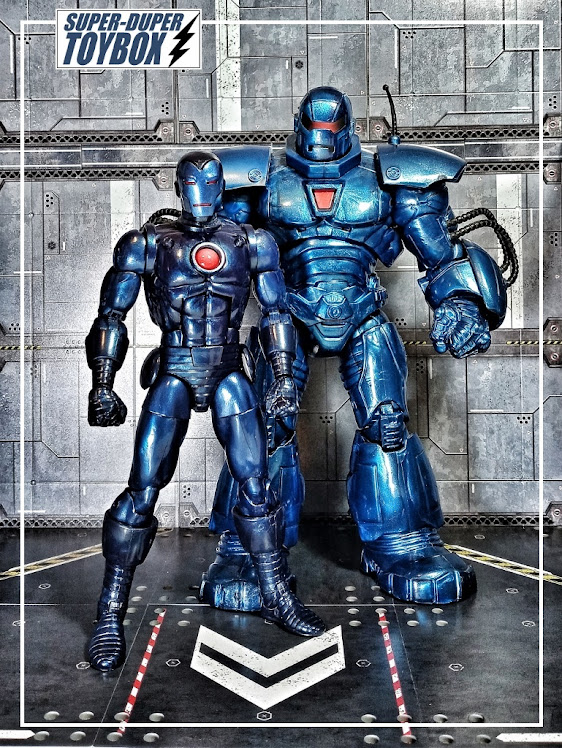 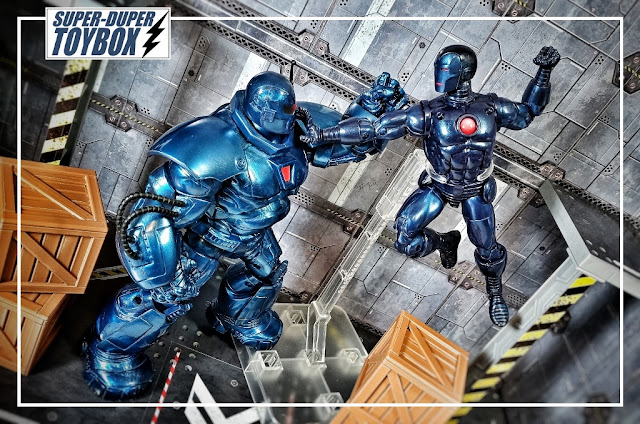 I sold off most of my 3.75" figures, including the bulk of my Marvel Universe collection, but held onto a handful of them, including this blue 3.75" Stealth Ops Iron Man. Like all the 3.75" Iron Man Movie figures of that era, this is a fantastic little figure ... 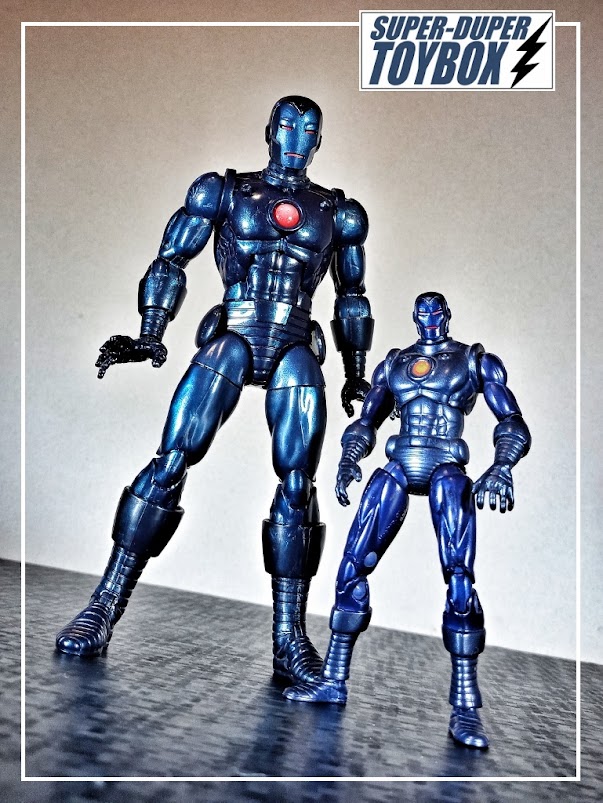 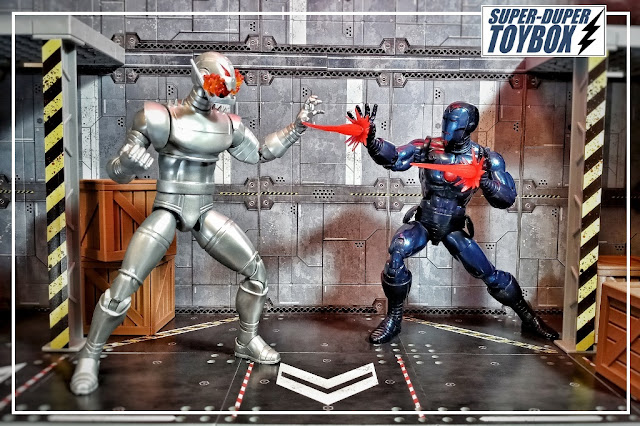 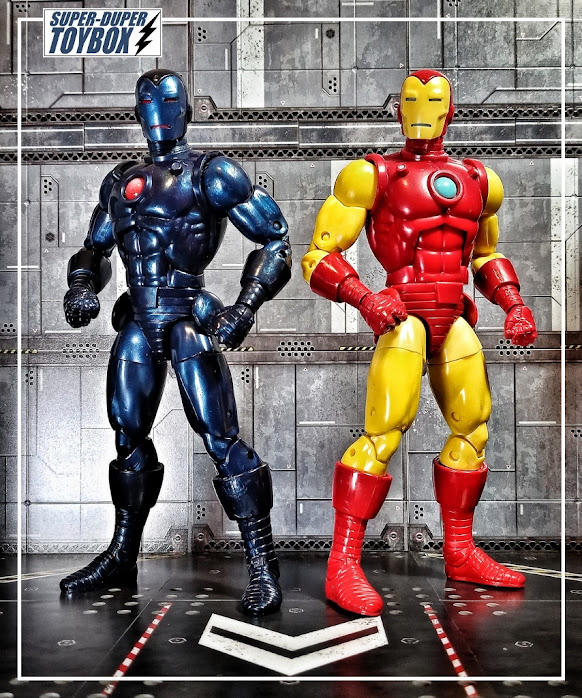 Below, all the Iron Men in my collection that share that great new buck: Iron Man 2020, Stealth Iron Man, Tony Stark A.I. Iron Man, and the 80th Anniversary Classic Iron Man. While I lamented buying what is essentially the same figure four times, these are all great figures worth owning... 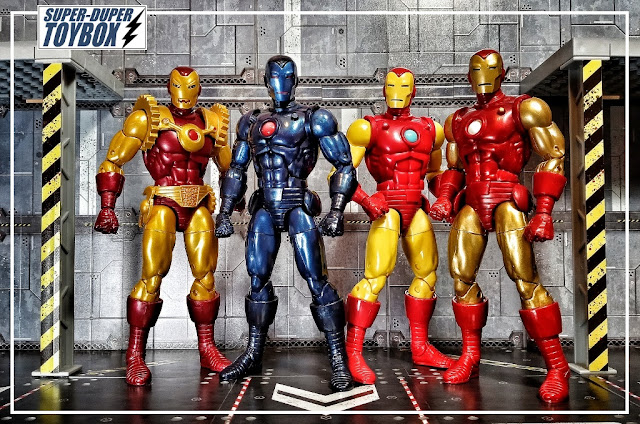 And finally, Stealth Iron Man with my new Marvel Legends Modular Iron Man- I can't imagine what iteration of Iron Man Hasbro wants to sell us in the future, but I'm pretty sure I'll be looking. I'm skipping the rest of this wave to make room for other things I want, but the Ursa Major BAF looks good if you are trying to complete that Winter Guard team! Recommended! 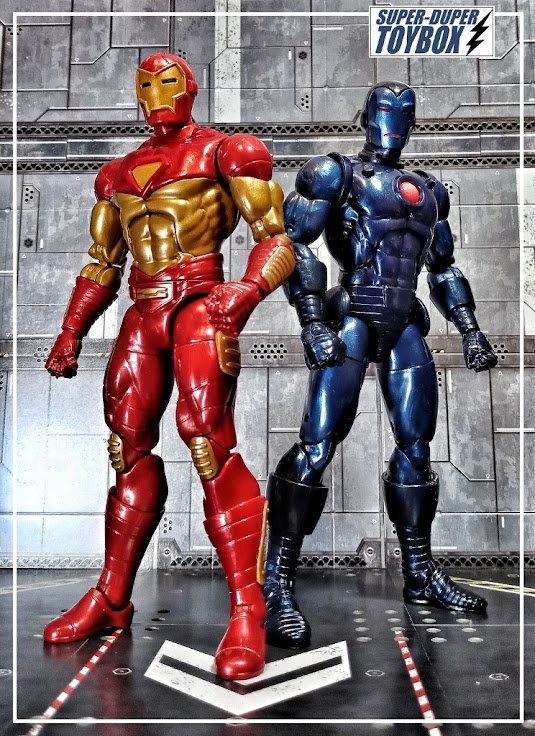