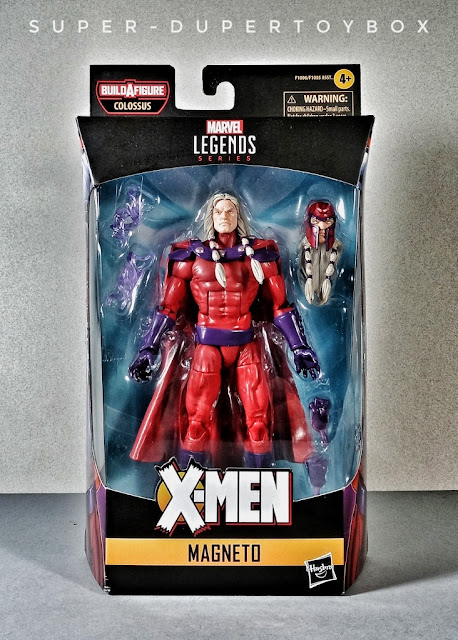 To my shame, I still haven't read X-Men: Age of Apocalypse, so I had little attachment to the last couple of Marvel Legends Age of Apocalypse waves. I found some of the characters to be just interesting variations on some classic X-Men characters, such as this Magneto- he's so close in design to the character's original look, that I just bought him to use as a regular Magneto. No BAF parts were included, but the figure has an extra set of fists, electrical accessories, and a helmeted head. 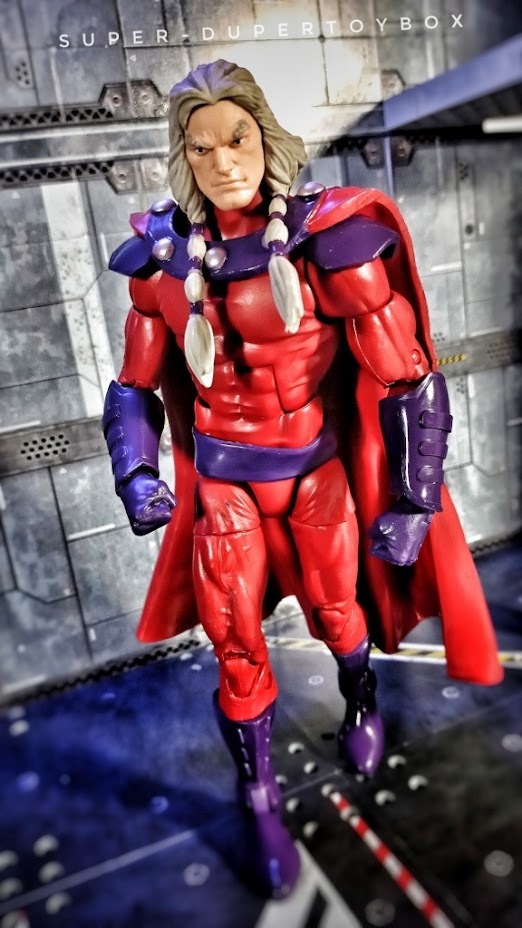 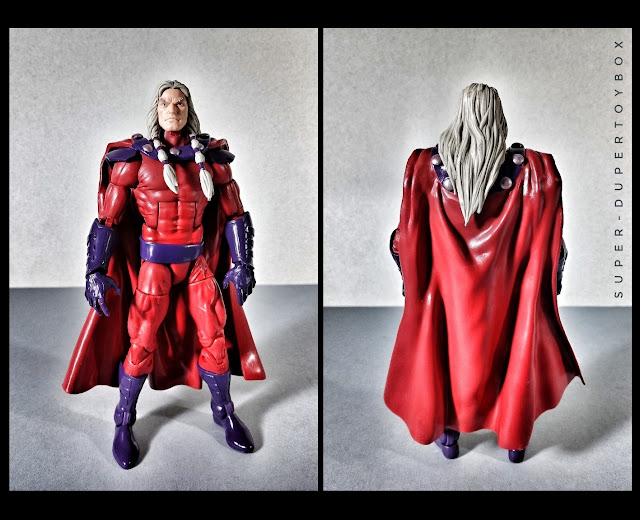 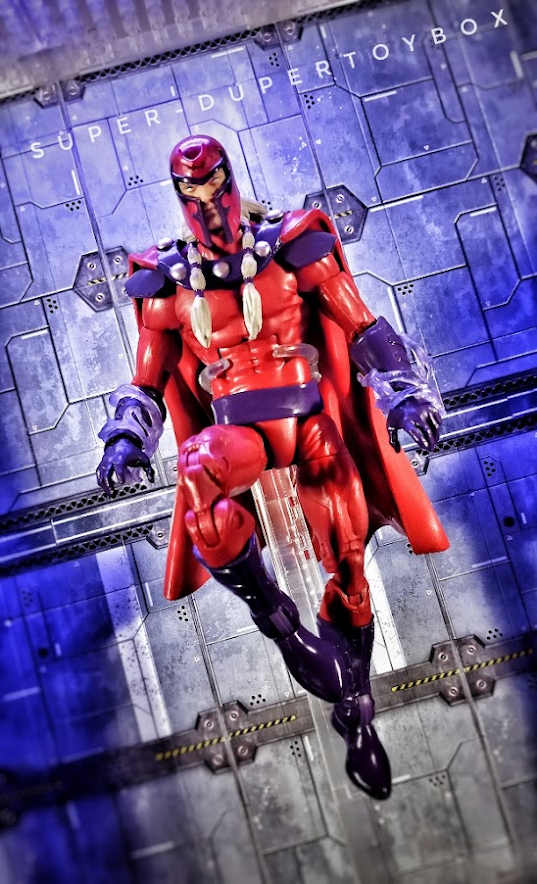 I do have another Marvel Legends Magneto that I'm quite fond of, ironically from the Apocalypse BAF Wave. I'm pretty sure they share the same buck from their feet to their shoulders, only with different capes and heads. Hasbro has produced a couple other Magneto figures in the Marvel Legends line between these, on the House of X Magneto, and the other a traditional Magneto in a 3pk with Scarlet Witch and Quicksilver, but I'm happy enough with these two. 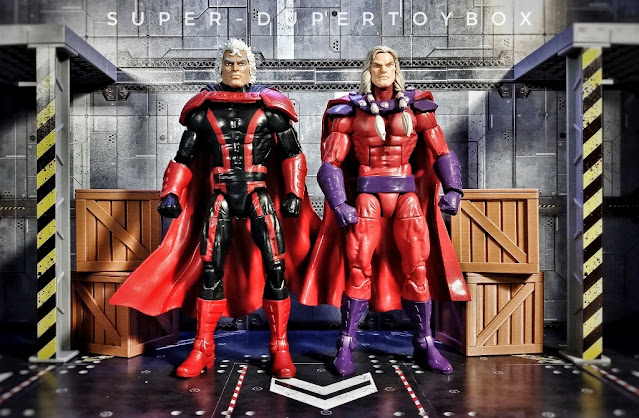 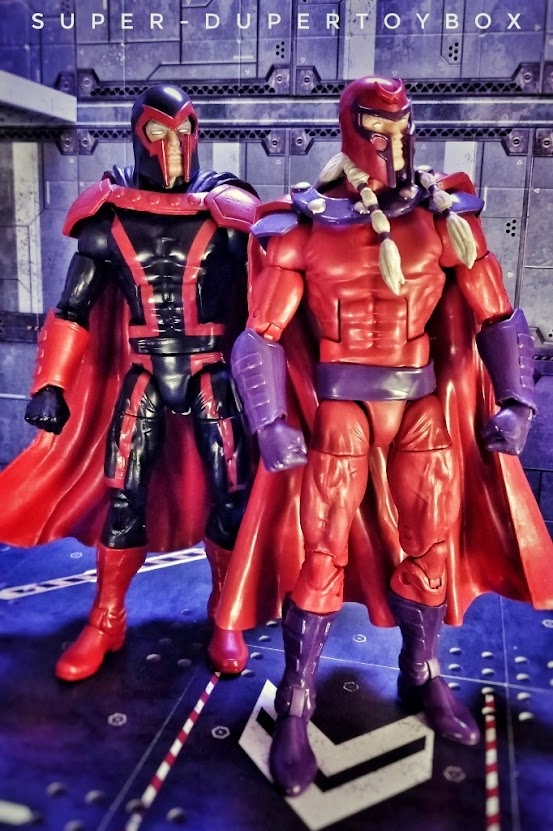 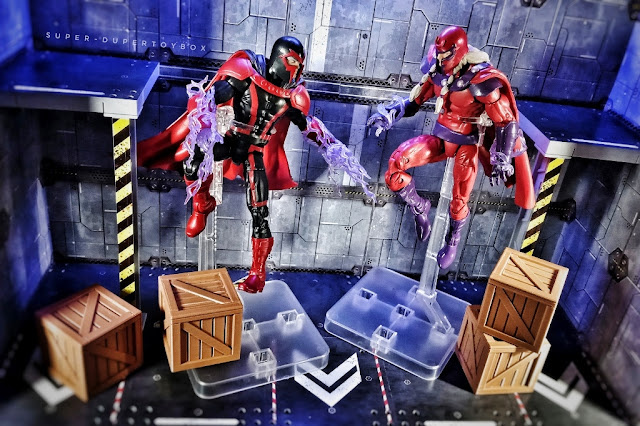 In the Age of Apocalypse reality, Magneto founded the X-Men to avenge the death of his friend Charles Xavier by the hand of his own son Legion, and fight against the tyranny of Apocalypse. Magneto has been both a villain and hero in the comics, even assisting the X-Men at times. 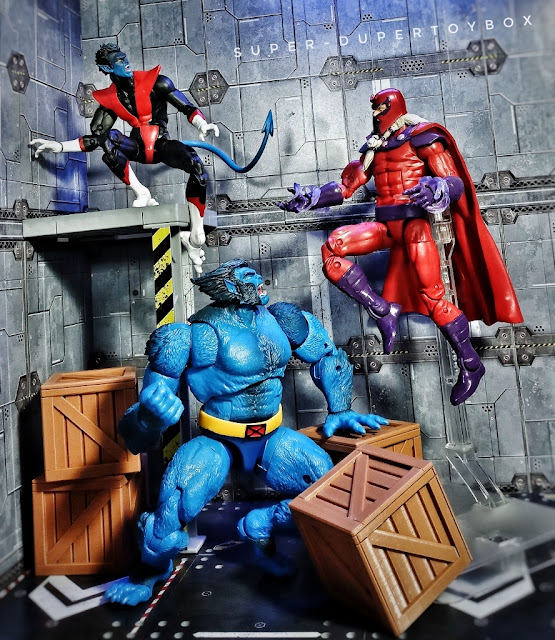 Below, Age of Apocalypse Magneto with some other X-Men in my Marvel Legends collection:
Nightcrawler, Storm, Marvel Girl, and Beast... 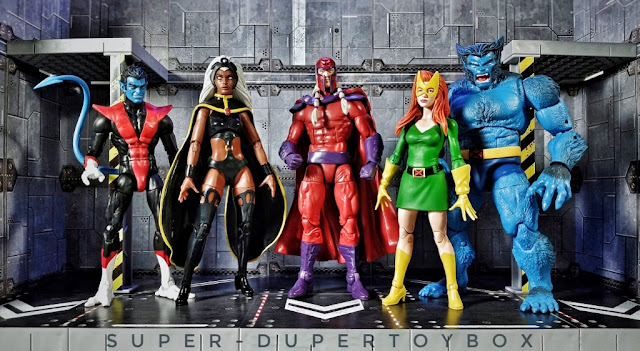 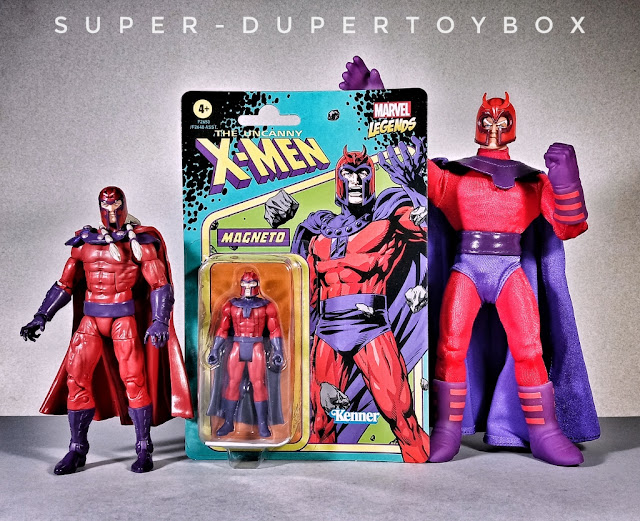