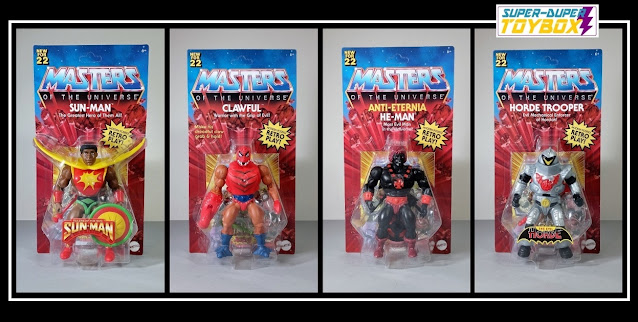 I've been sitting on these Wave 8 MOTU Origins figures awhile, though I have yet to see any of them on the pegs here regionally. It's a pretty good wave, the characters past my time with the original '80s toy line. Some of the MOTU Origins characters that were released after 1984 in the original line I have passed on, but these all tie into the characters I have. Check out the video: 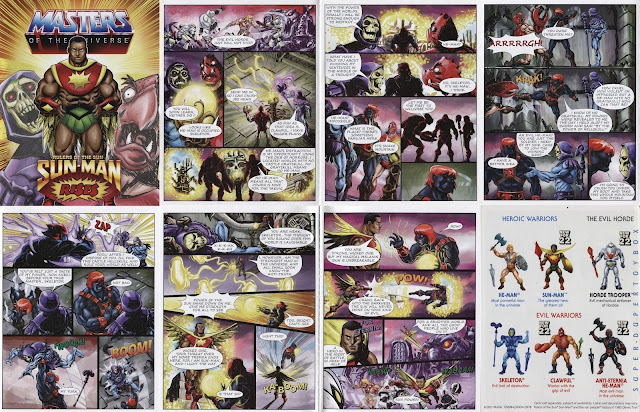 Sun-Man Rises was the minicomic included in this wave, a character created by Yla Eason in 1985, after her sone told her he could never be a hero because of his skin color- he was playing with a He-Man action figure. She founded Olmec Toys and set out to get a black action figure out through her multicultural Rulers of the Sun line. Sun-Man is pictured below, calling on the Eternian Goddess at Castle Grayskull, her Eternian Palace Guards on watch... 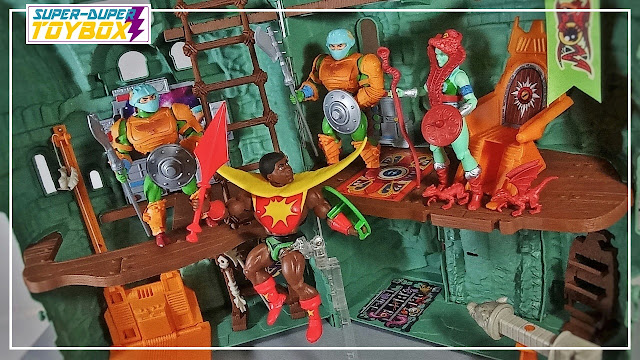 Below, Clawful with an assortment of the Evil Warriors in my collection: Rise of Evil 2-pk Skeletor, Beastman, Trapjaw, Faker, Mer-Man, Webstor, and Tri-Klops... 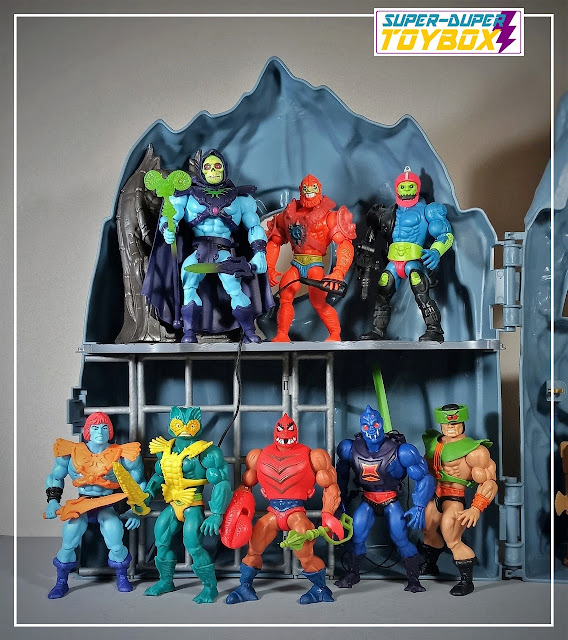 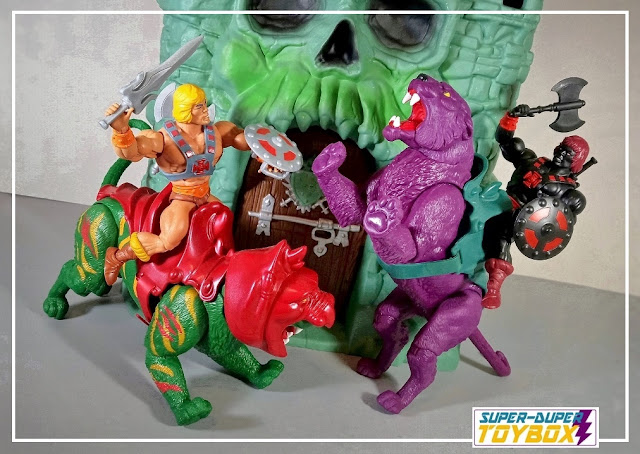 Last but not least, the new Horde Troopers have finally arrived to flank my MOTU Origins Hordak as the Evil Horde! I'm glad I snagged this Funko Primal Age Batcave while the price was reduced to use with my MOTU Origins figures- make a perfect villain's lair! 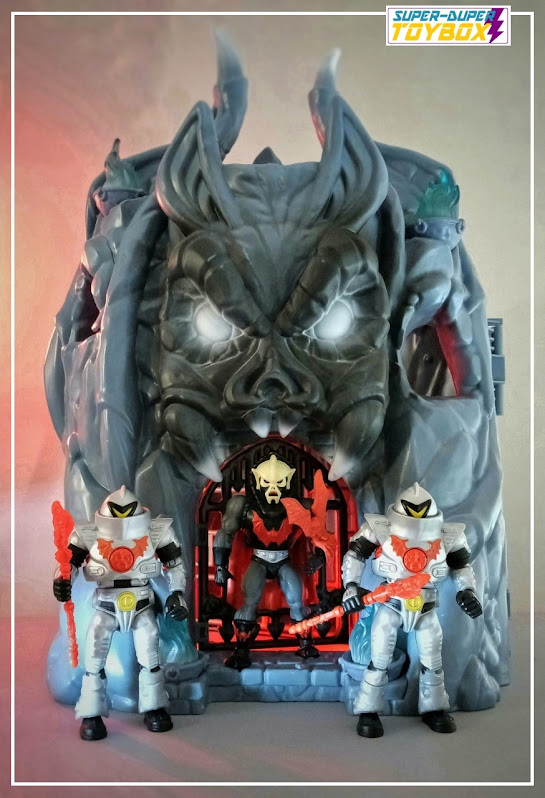 I'm still really enjoying this MOTU Origins line, one of the three or four major focuses in my collecting the last couple years. I am looking forward to some of the upcoming Snake Men figures, and there are a few that have already been released that I am looking out for. The value of some of these aftermarket is trending upward, so if there's one you want, it would probably be best to jump on it.