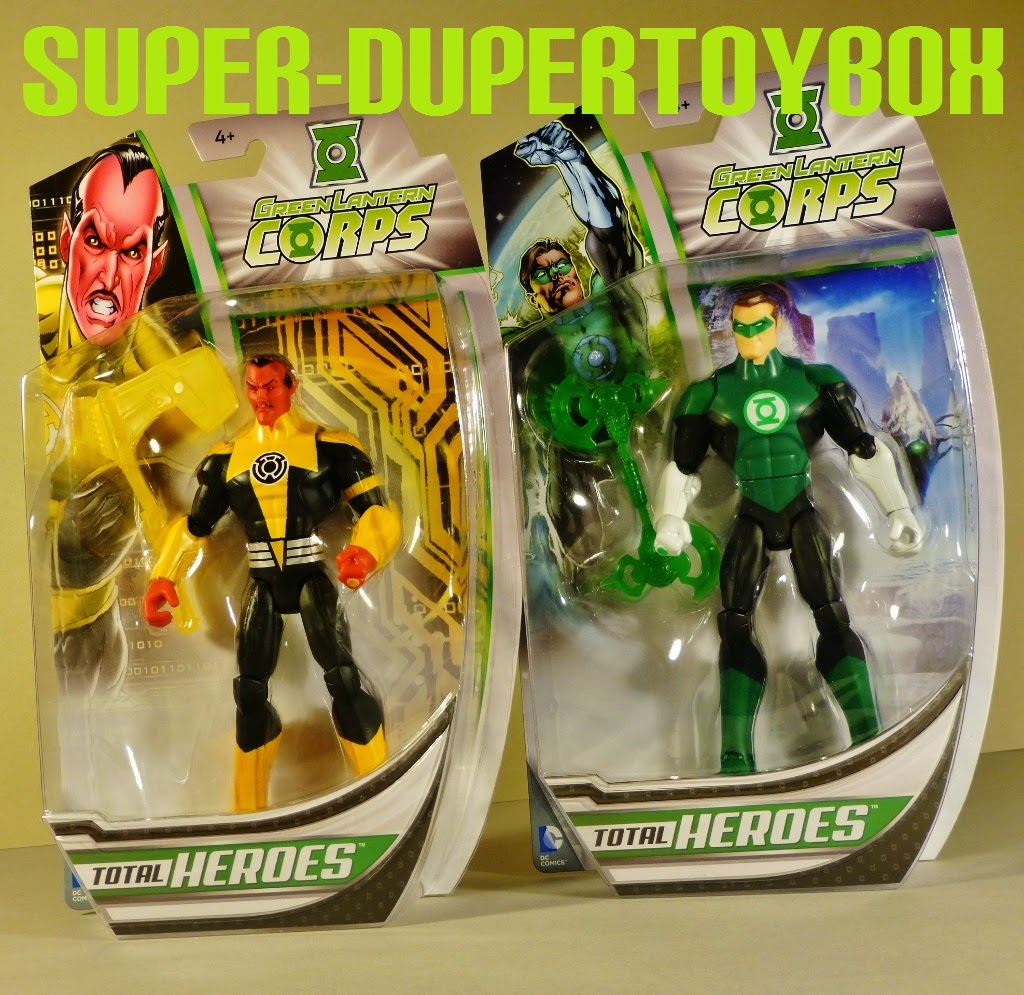 I'll admit that I wasn't blown away by these new Total Heroes action figures by Mattel, but I liked the Superman I reviewed recently well enough, and I rarely pass on a Sinestro action figure, especially in his black & yellow Corps uniform. I've seen there will be a Total Heroes Batman Beyond as well, a character I feel the same about collecting. And I couldn't pass on a Green Lantern to go with him while I was there on the premises with both in hand, so here we are   :D 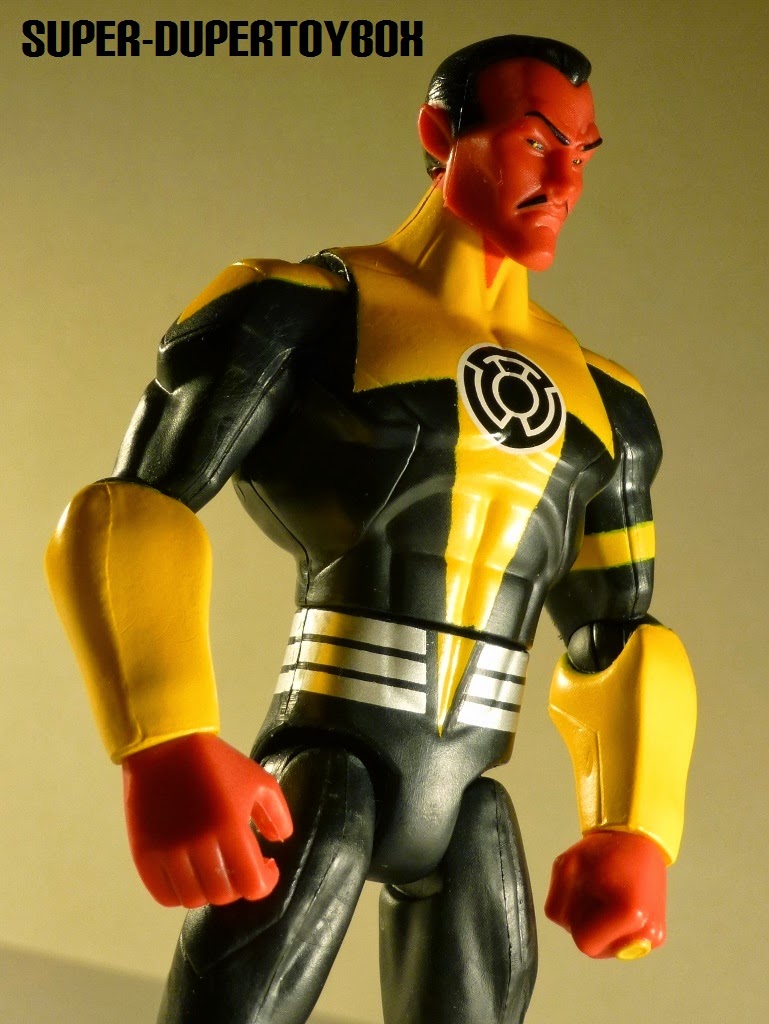 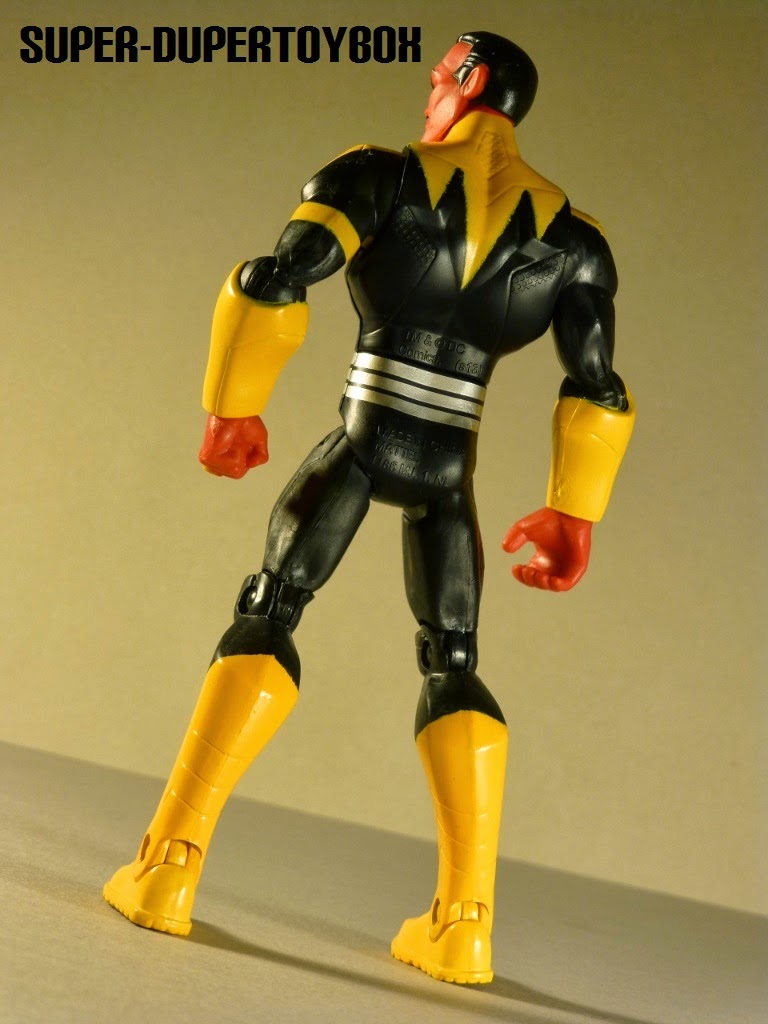 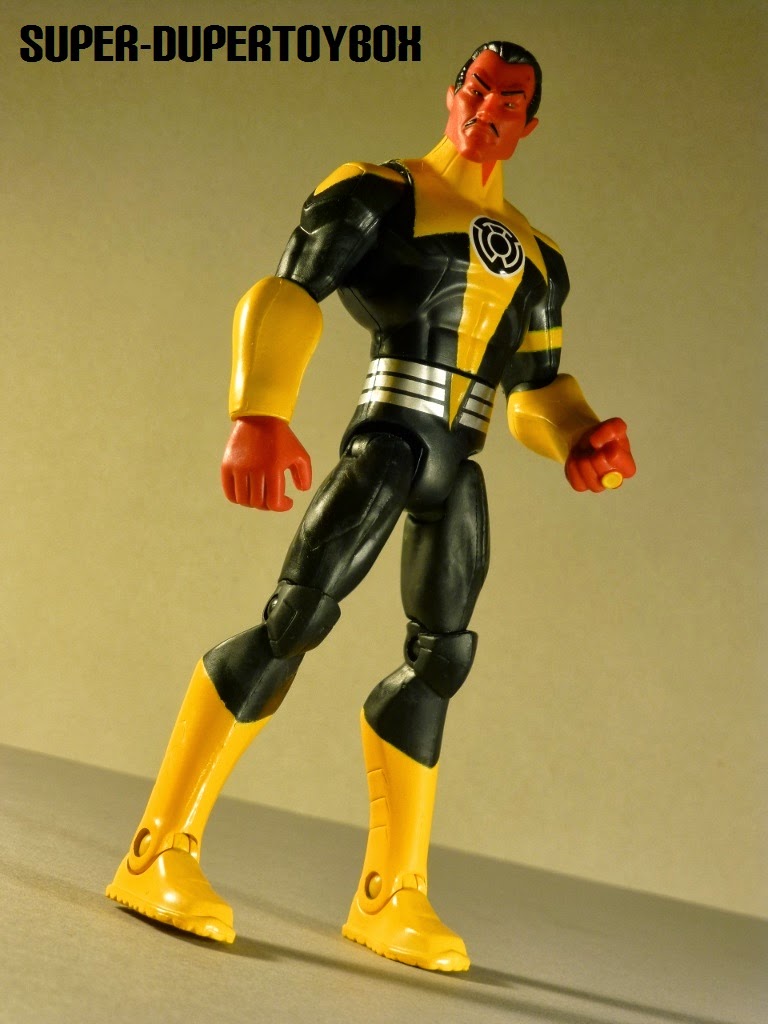 As I said before, these are not DCUC-grade action figure, but have their own appeal. Styled less realistically than Mattel's late DC Universe Classics line, in more of a chunky, "animated" version with less articulation, Mattel was able to hit a price point more attractive to big box retail. Similar to the recent Batman Power Attack figures, the Total Heroes have a few additional points of articulation at only a dollar more. The waist still swivels, and there are additional swivels in the elbows and wrists, as well as hinge-swivel shoulders and hips for lateral range and hinged knees and ankles. Pretty simple, but serviceable. 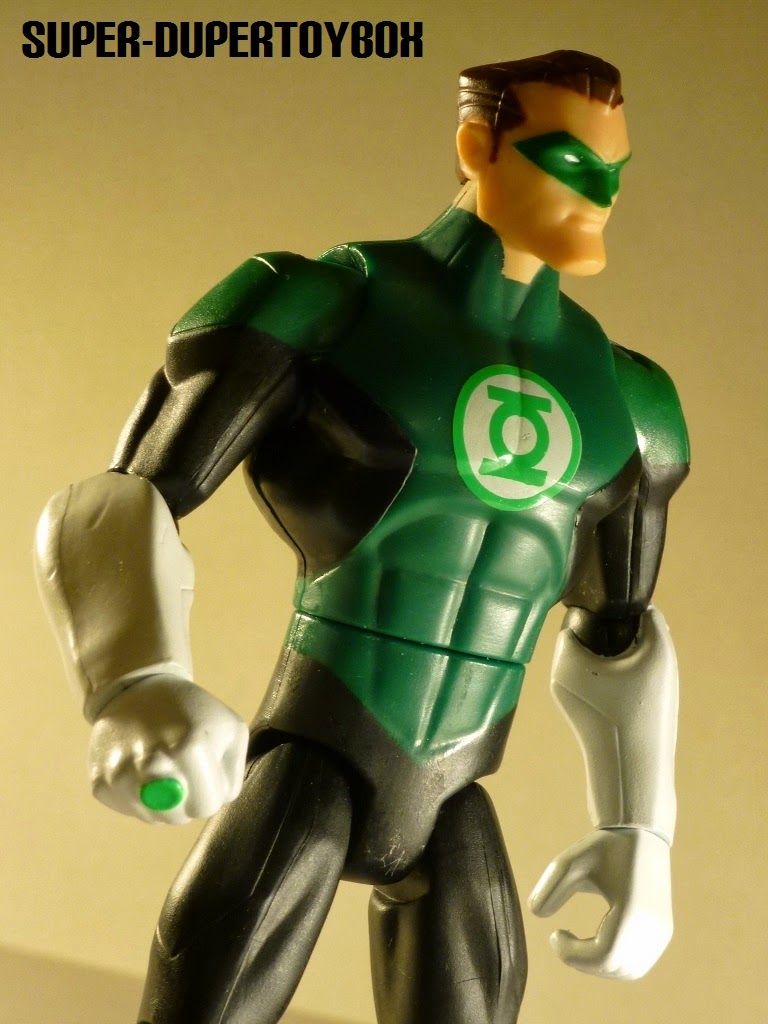 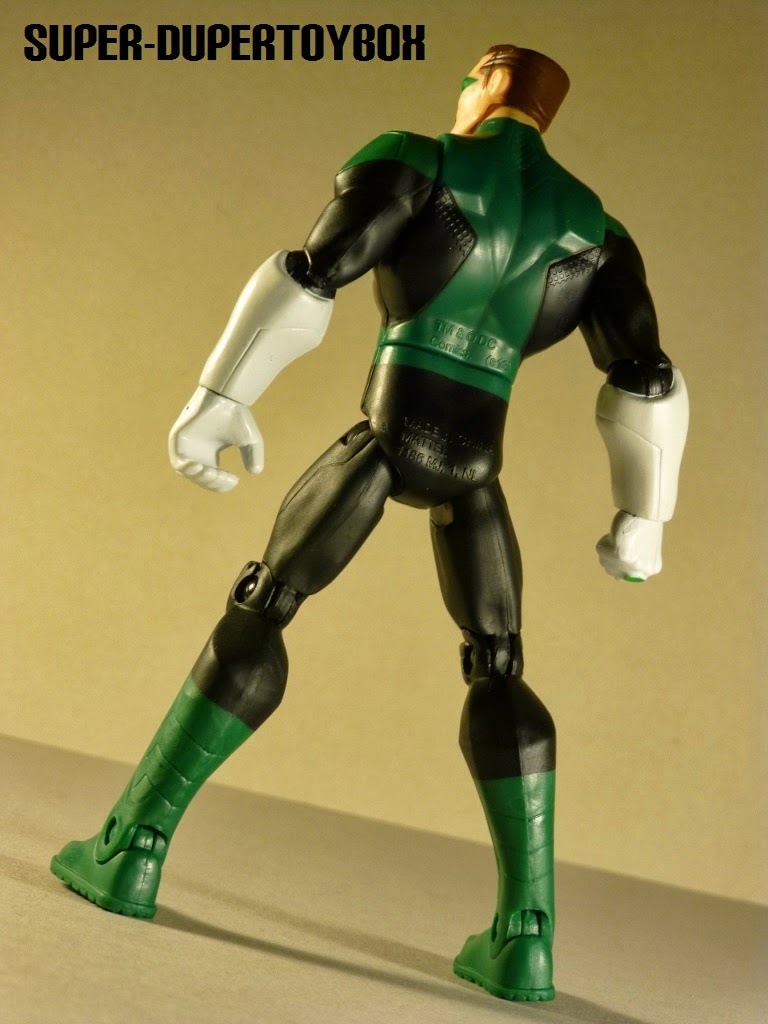 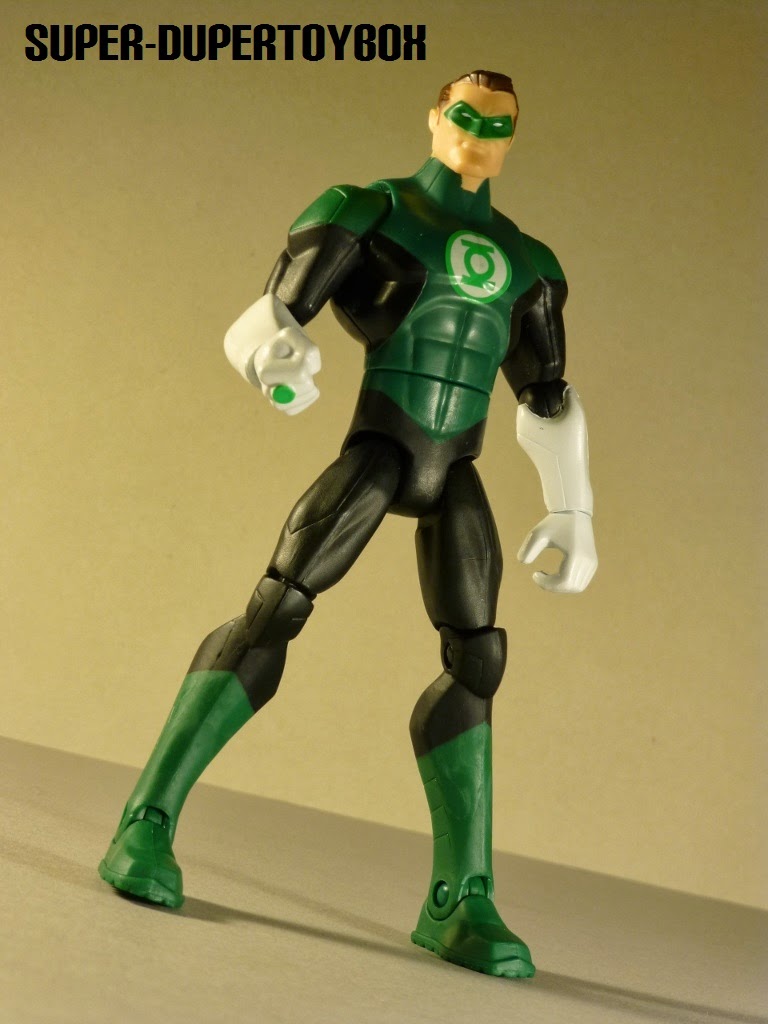 The Lanterns didn't come with a power battery, but constructs instead, both in the form of hand weapons cast in translucent plastic matching the colors of their respective spectrum. The figures grip the accessories securely- they're appropriately exaggerated and goofy... 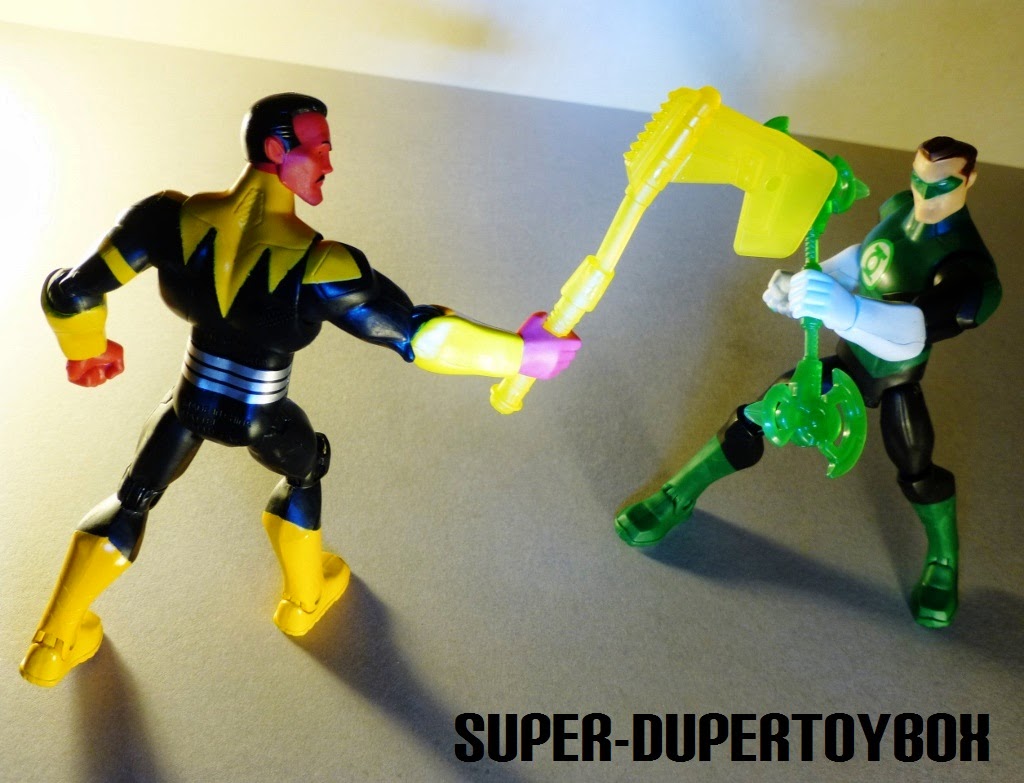 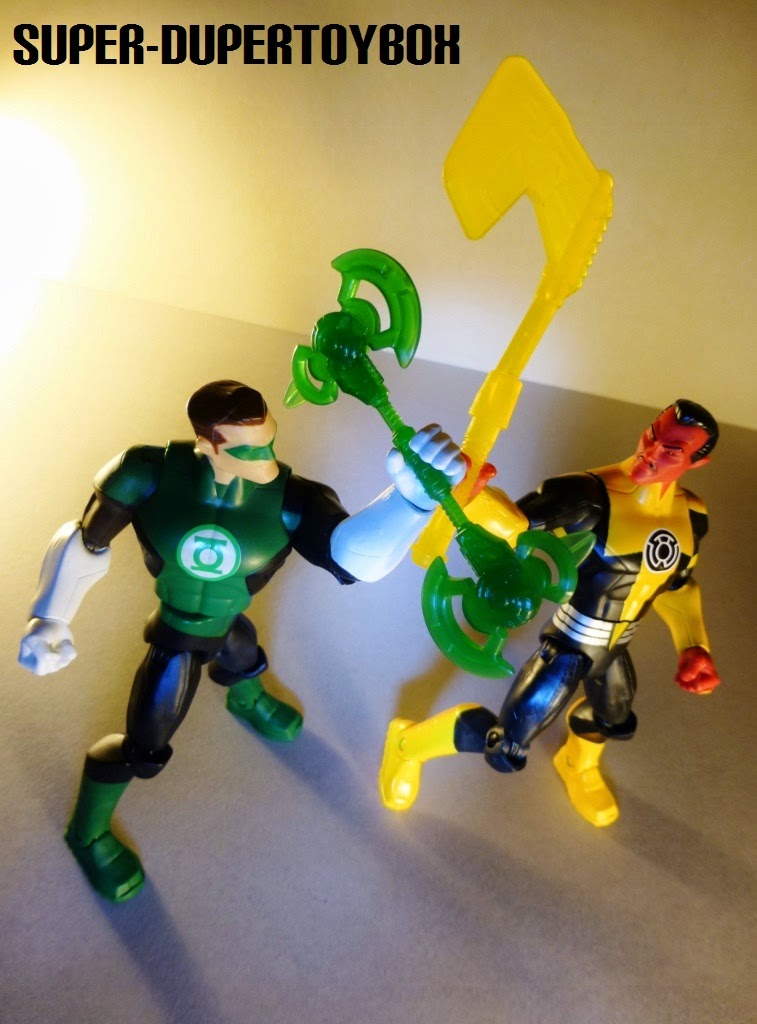 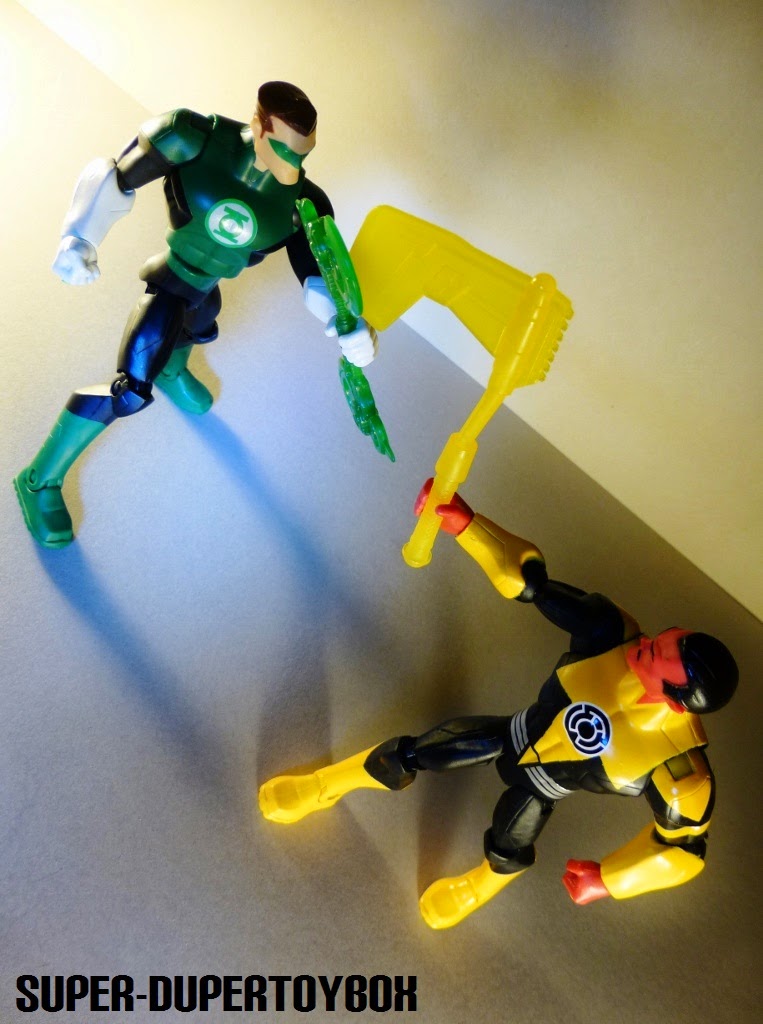 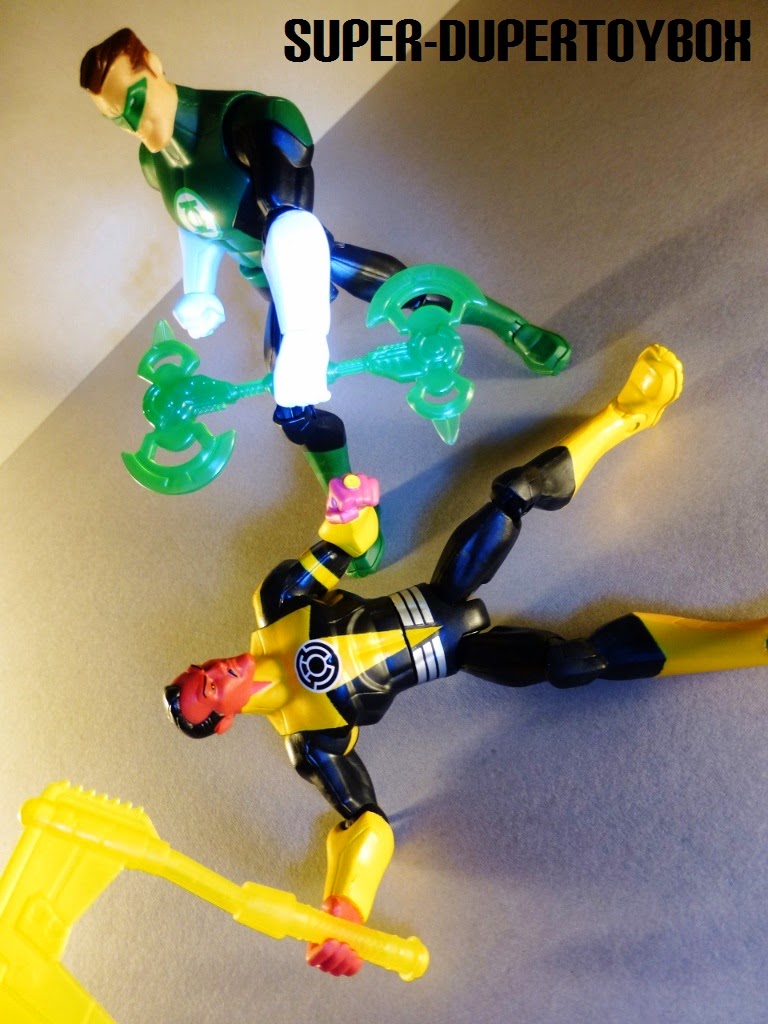 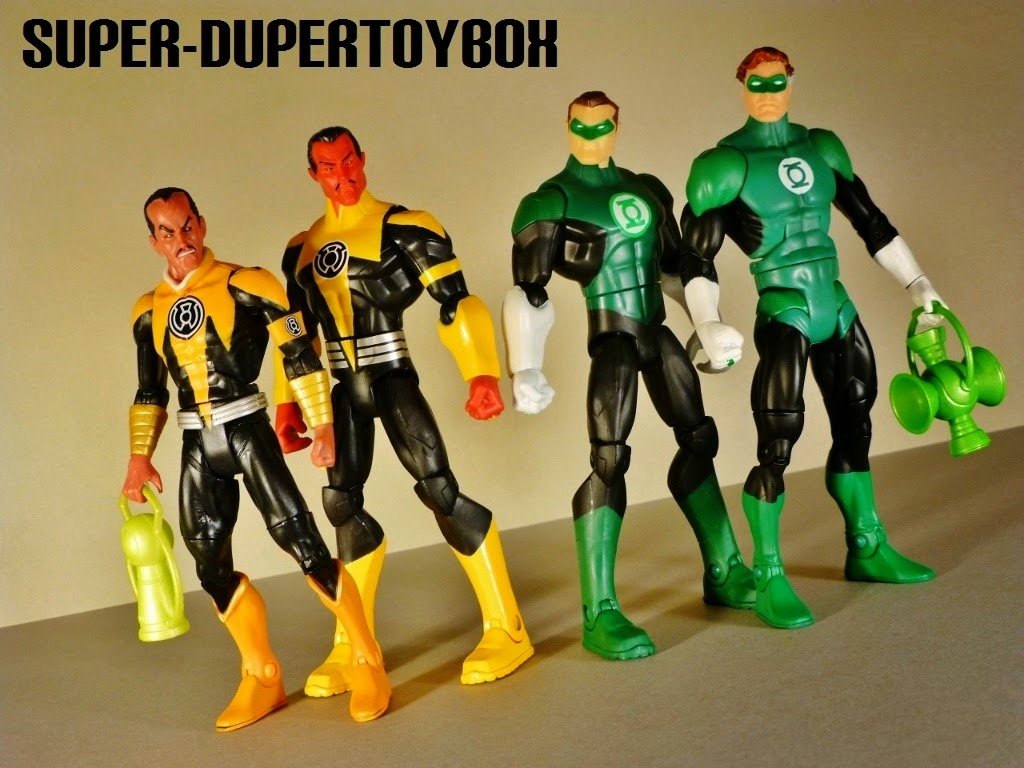 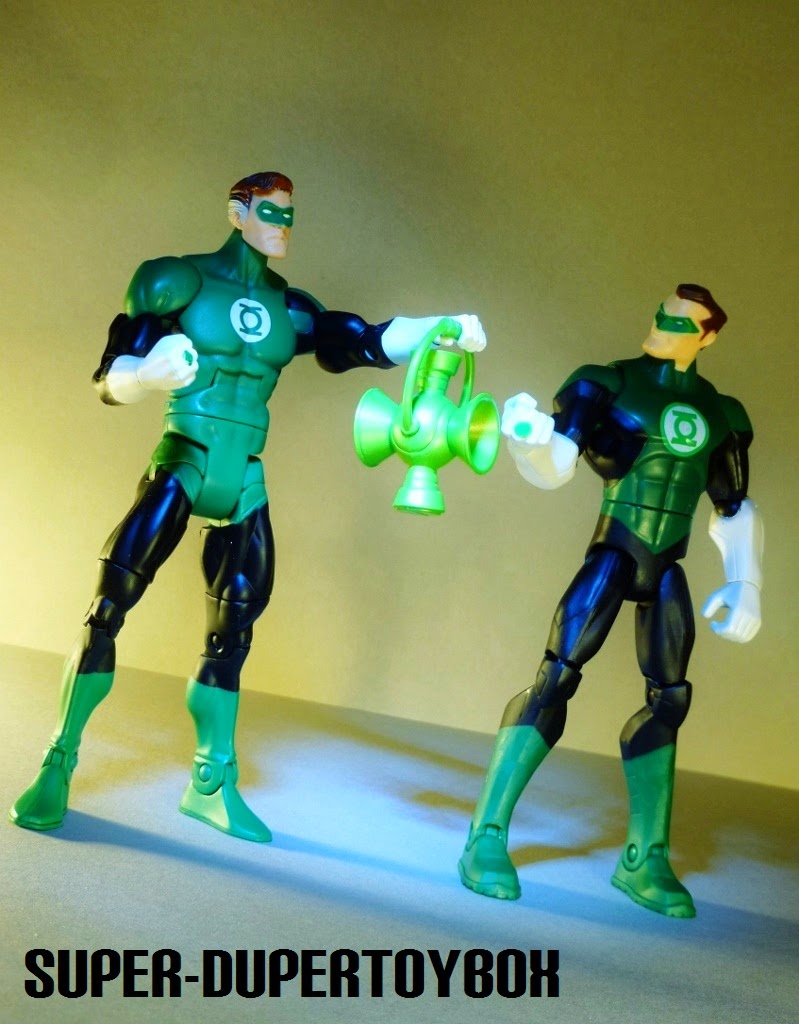 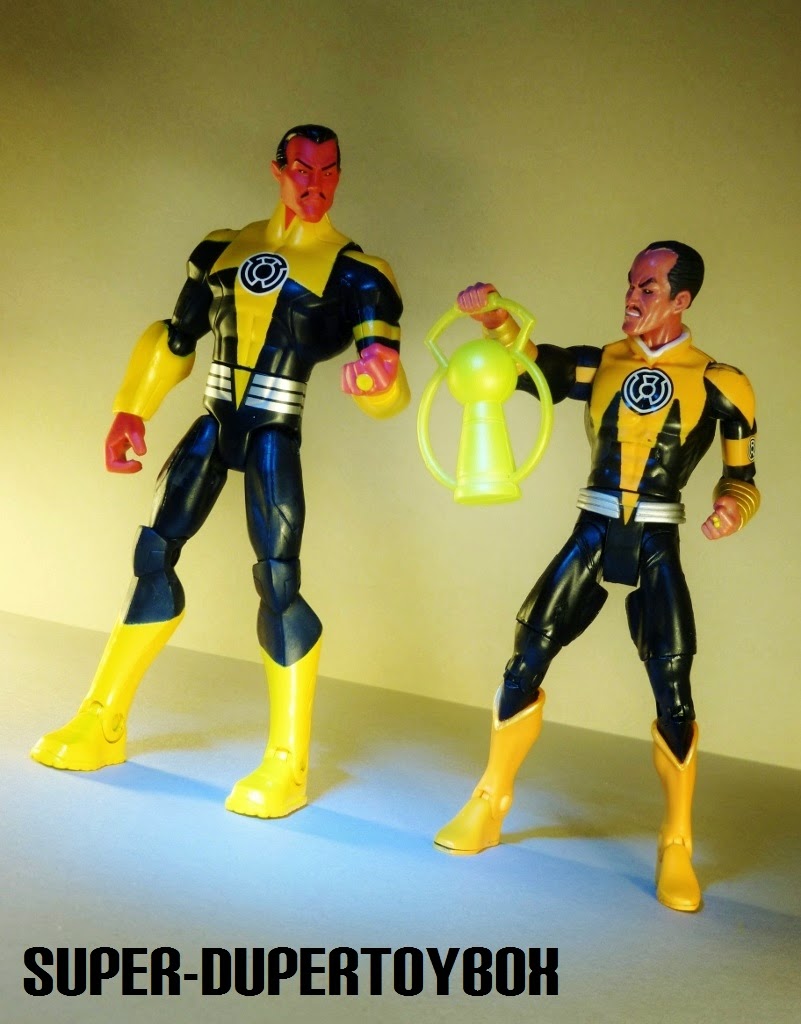 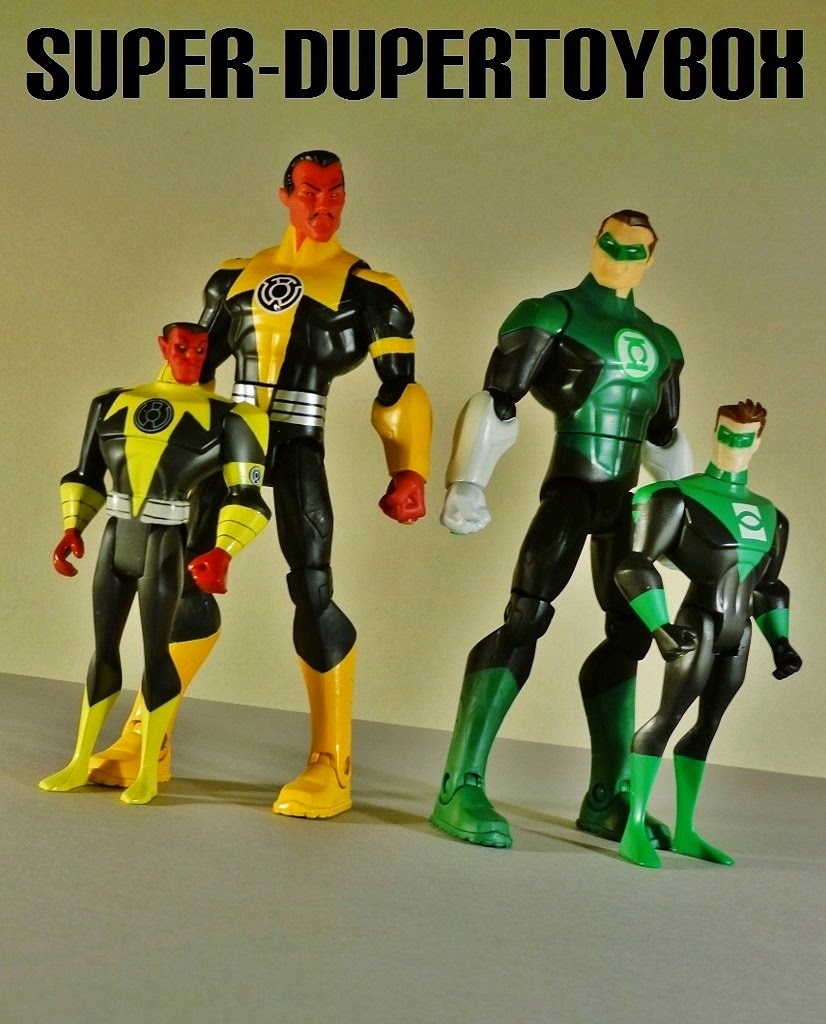 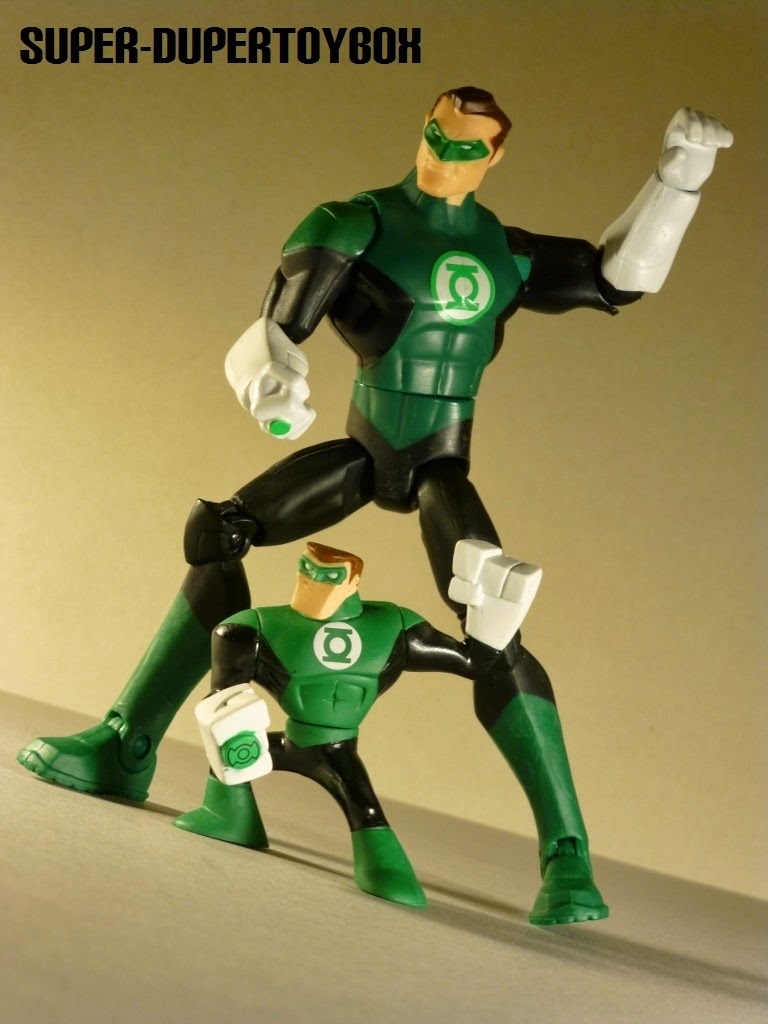 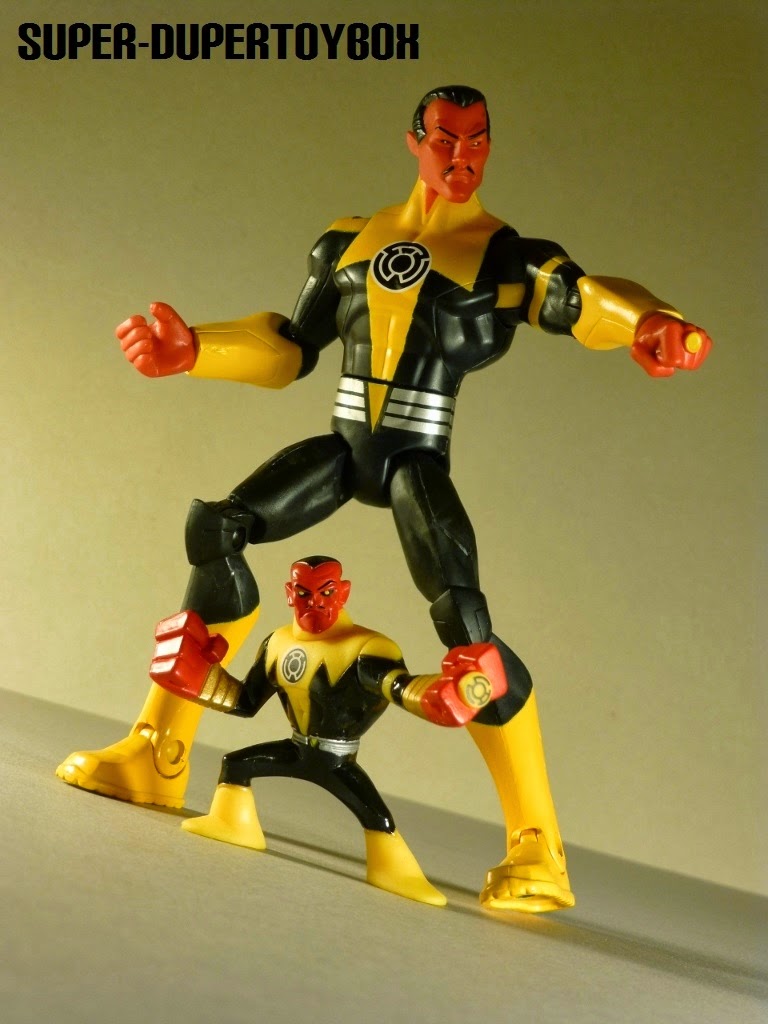 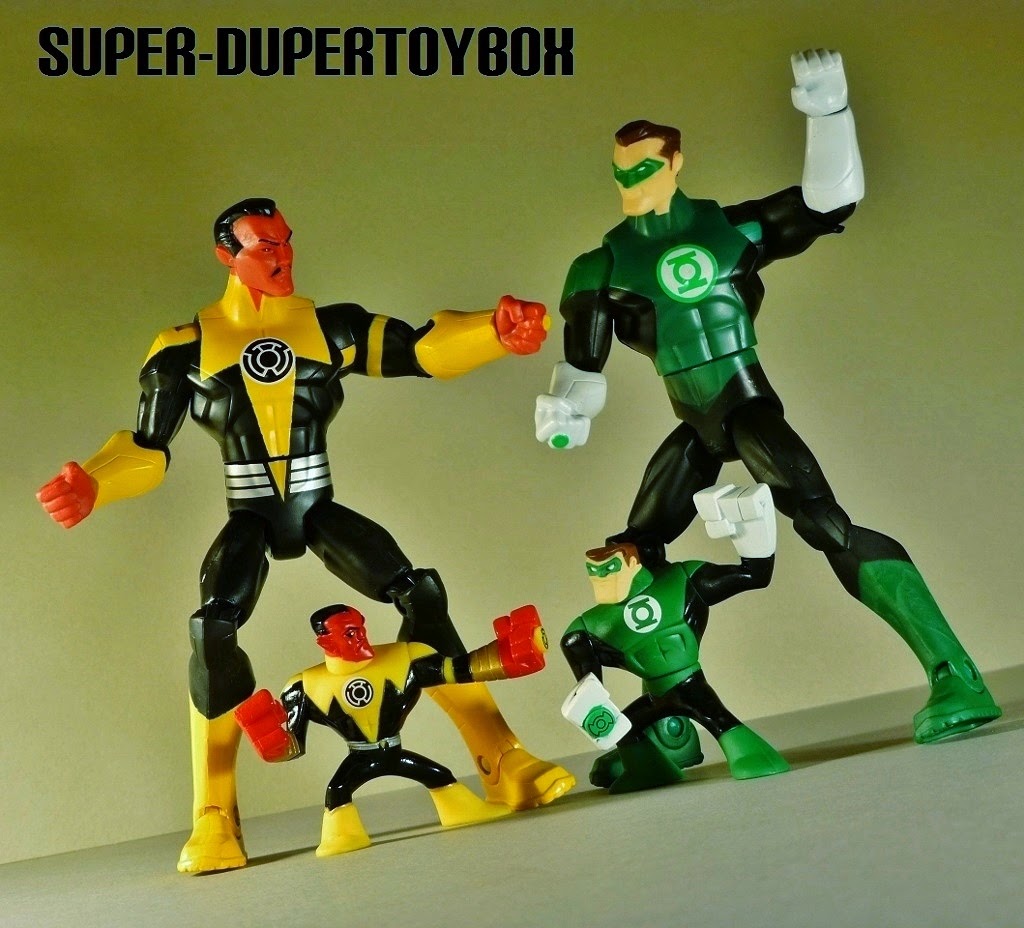 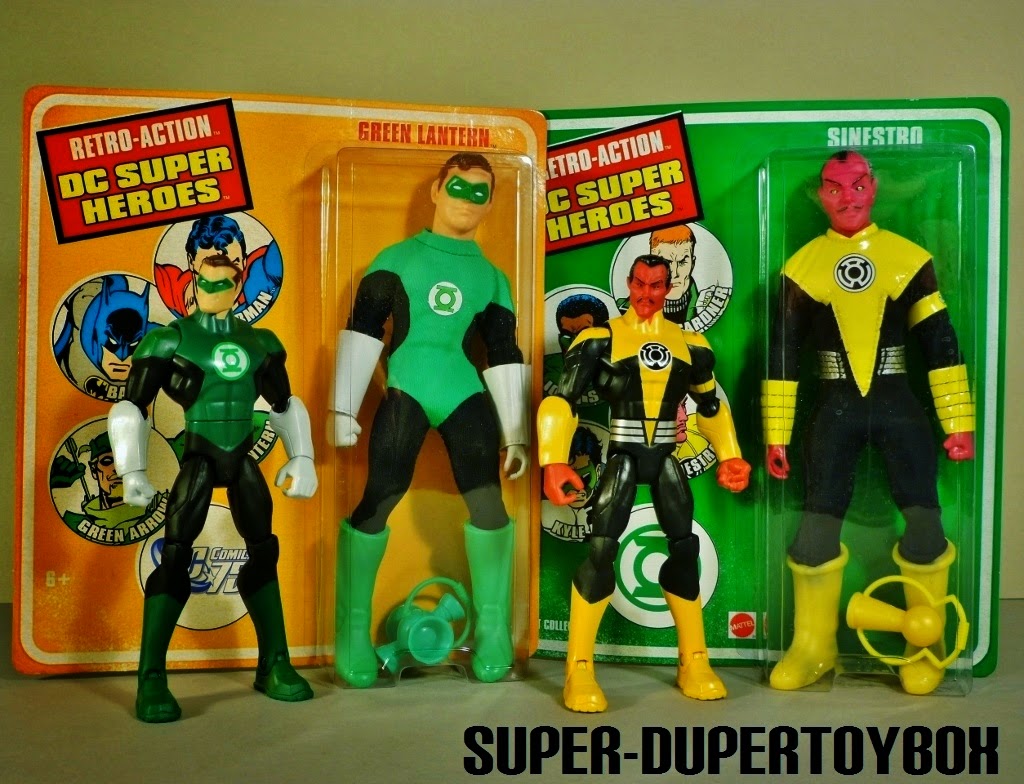 Mattel stuck to the same buck on all these Total Heroes action figures, and while it would be nice to see a different body, particularly a female, I'm doubtful it will be produced. The previous 5" Justice League got a Wonder Woman packed with 6 others in a Target exclusive, there wasn't a single carded release. Where's the love, Mattel? And one final gripe is that Green Lantern was shown with metallic green paint in promotional images, which didn't materialize onto the final product. That withstanding, the applications are pretty clean on these, and at ten bucks I didn't feel bad picking some up- they're fun! 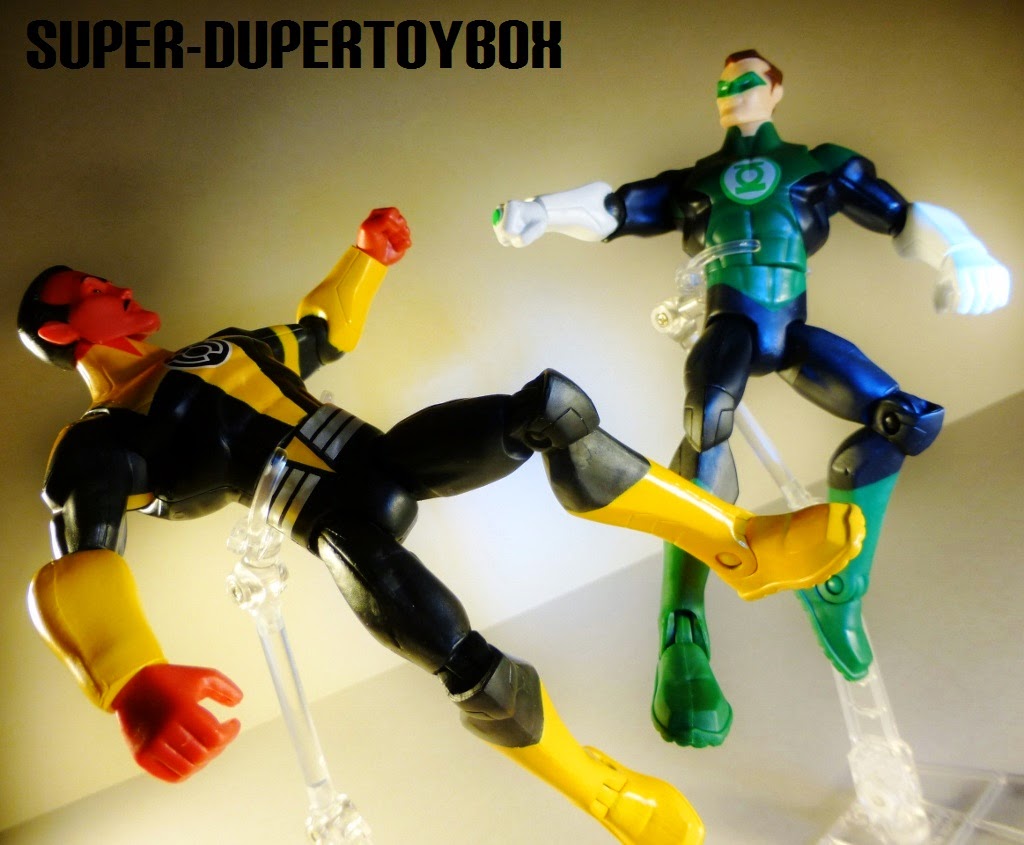 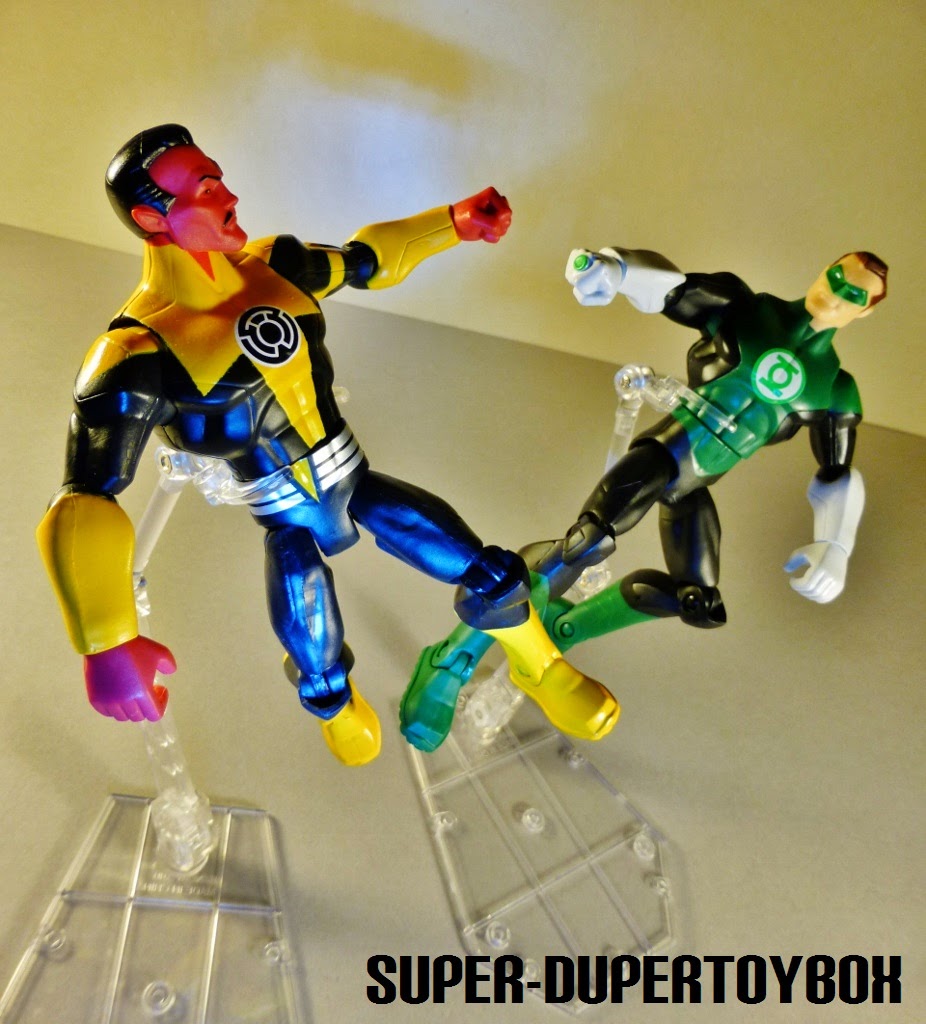 More Later-Make It FUN!
Posted by Super-Duper ToyBox at 9:50 PM