Masters of the WWE Rey Mysterio 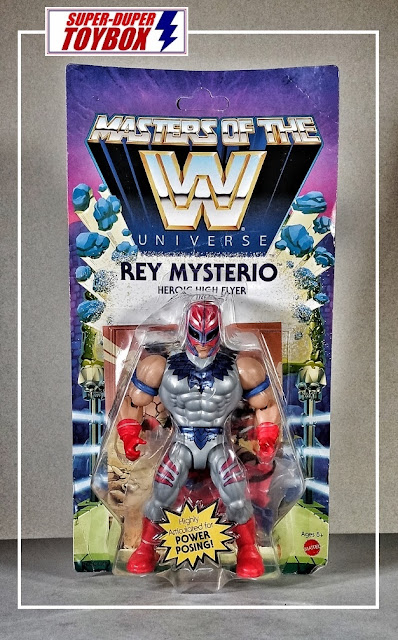 I was really happy to find the Masters of the WWE Rey Mysterio at retail price on Walmart.com- many of this MOTU/WWE mashup series were hard to come by due to spotty distribution. I hate that the line came to an end recently as they complemented my MOTU Origins collection so well. I passed on the first blue/red/yellow version a couple years ago, but this second silver version is even better. I absolutely love this figure! The card was mangled due to it being shipped in a bag, but I don't care much about that. 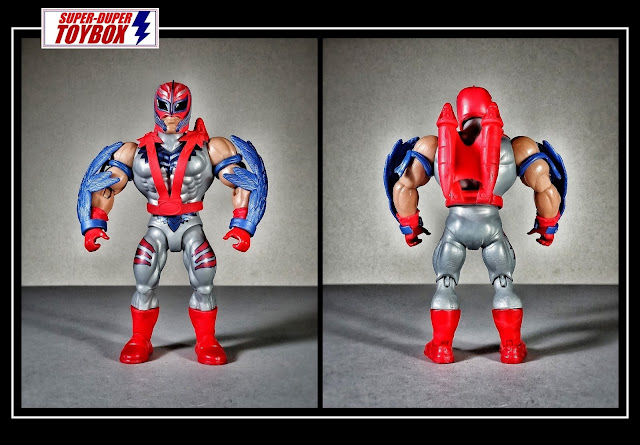 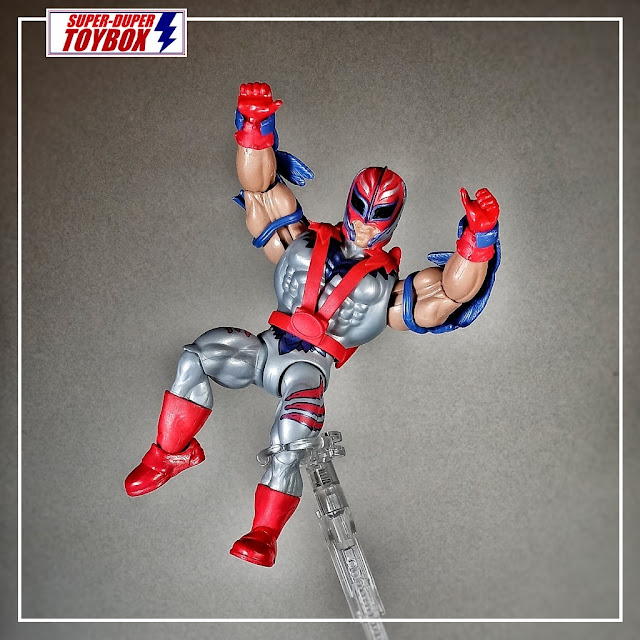 While I know almost nothing about the WWE, I think tying this line in with the New MOTU figures and their interchangeable parts was a great move on Mattel's part- lots of fun! Rey was a mashup with Masters of the Universe Stratos, one of the original MOTU figures I had back in the '80s. I loved the updated MOTU Origins Stratos, which was nearly indistinguishable from the original to my memory. 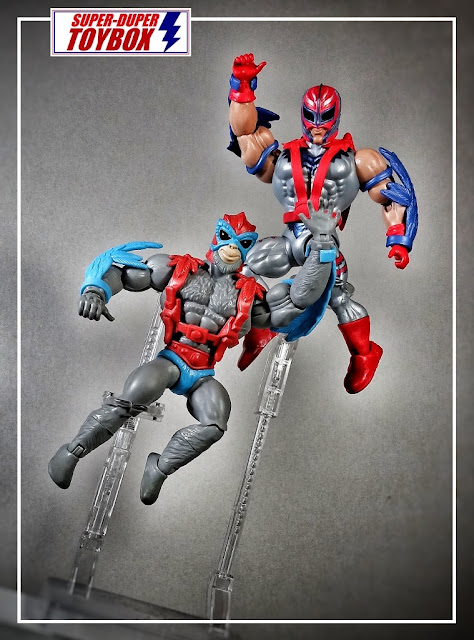 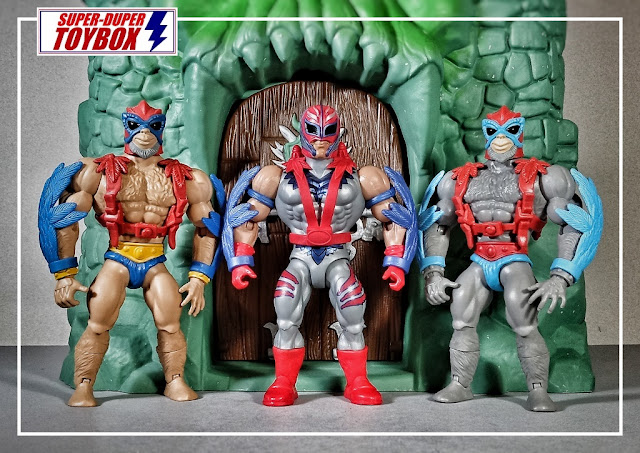 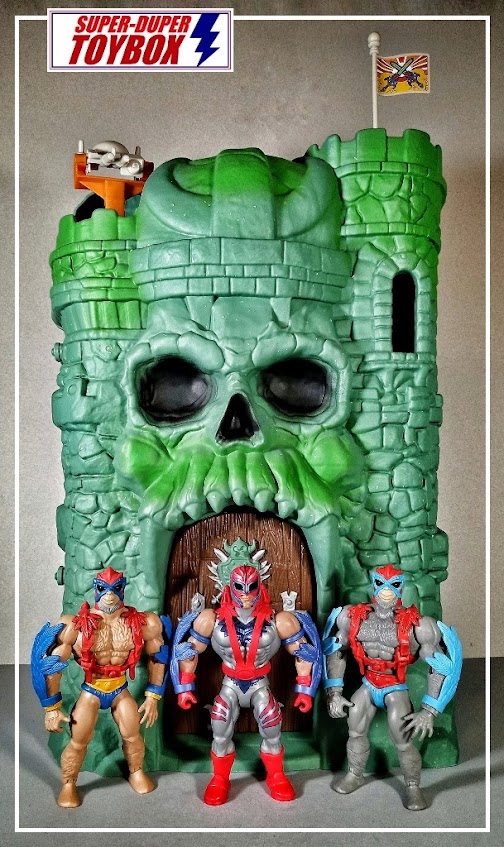 The jet pack's design is different from the MOTU Origins Stratos, but this second verion of Rey Mysterio shares the same wings. The arm bands add flair, and the torso, pelvic, and thigh tampographs are fantastic- he looks great with or without the jet pack. 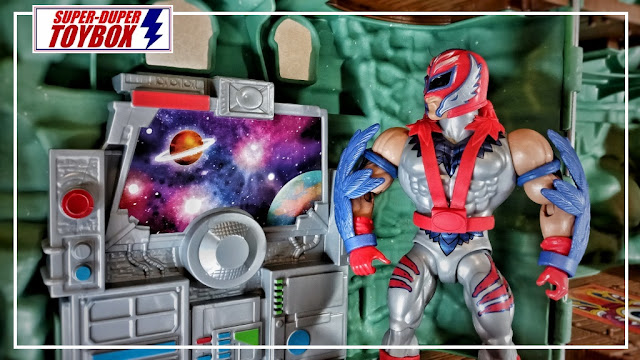 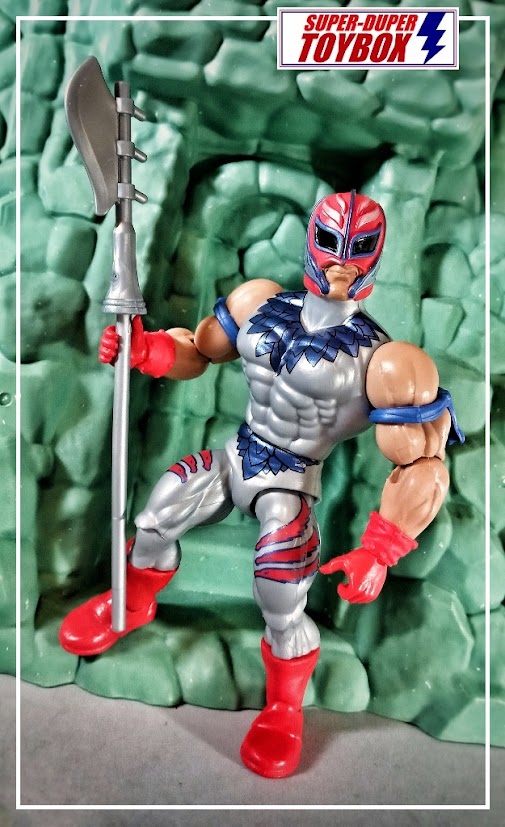 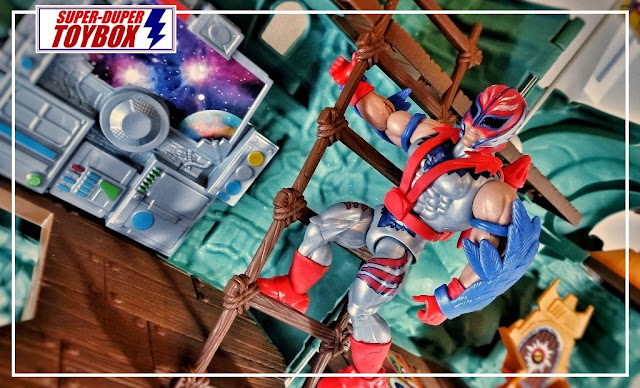 And finally, Rey Mysterio with the other Masters of the WWE figures in my collection: Ultimate Warrior, Mr. T, Roman Reigns, Ricky "The Dragon" Steamboat, Kane, and Jake the Snake!